Sophia Mathur was recognized for being the first Canadian to strike

Young people from around the world have their eyes on New York this week, as the United Nations hosts the Climate Action Summit.

At the summit, world leaders are making commitments to combat climate change.

“Youth shouldn't have to be a part of this movement. This should be an issue for politicians and adults and it should already be solved.” - Sophia Mathur, age 12

And they are being pressured by young people like Greta Thunberg, the Swedish teen who started the #FridaysForFuture movement by skipping school every Friday, to pressure politicians to make commitments to reduce carbon emissions.

“You have stolen my dreams and my childhood with your empty words,” she said, on the verge of tears.

“And yet I’m one of the lucky ones…. Entire ecosystems are collapsing.”

On Friday, she took part in a massive climate strike in New York.

Canadian Sophia Mathur, 12, was also in the crowd. 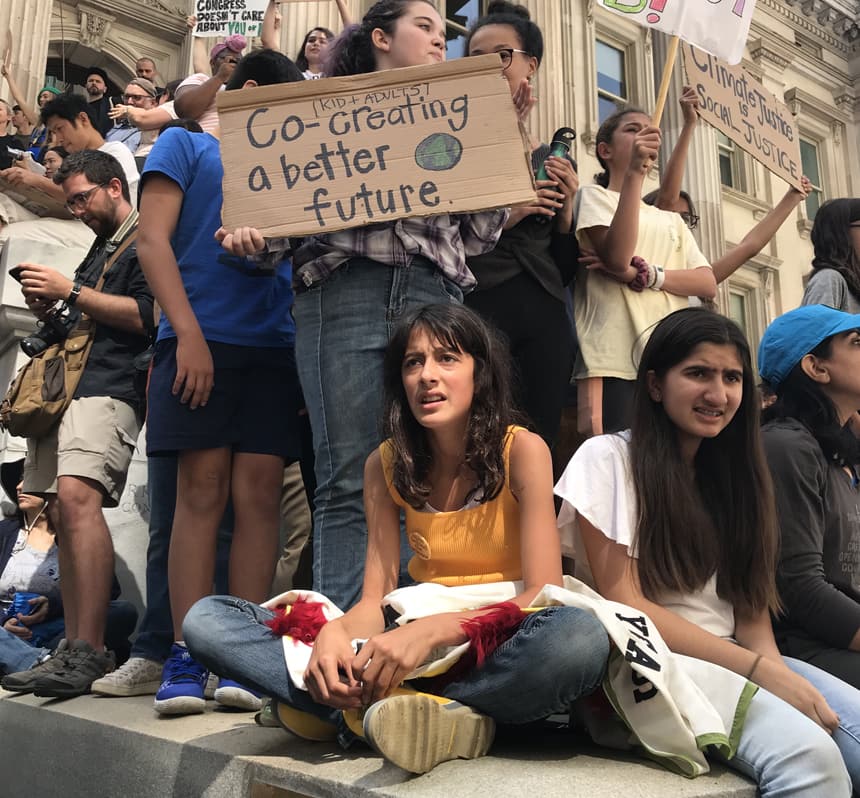 Sophia, bottom centre, was in New York on Sept. 20 for a climate action strike. Millions of people in 150 countries around the world took part in demonstrations. (Submitted by Sophia Mathur)

Earlier this month, the Sudbury, Ont., native was in Washington, D.C., where she met Greta at a presentation held by Amnesty International, a human rights organization.

Sophia was one of several kids who were awarded Amnesty International’s Ambassador of Conscience Award for 2019.

“It makes me feel like we're making a difference. And it definitely makes me feel hopeful for a livable future,” she said about being recognized for her actions. 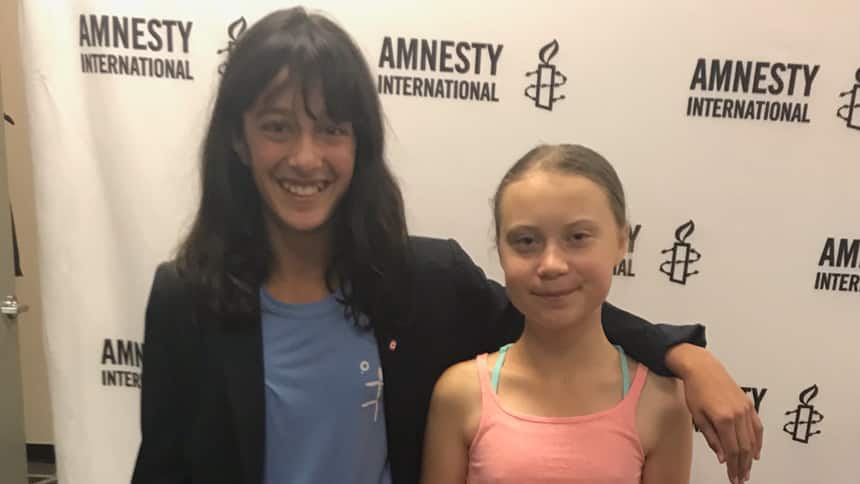 Sophia and Greta Thunberg were recognized by Amnesty International on Sept. 16 in Washington, D.C., for with the Ambassador of Conscience Award. (Submitted by Sophia Mathur)

But Sophia also feels like the strikes shouldn’t be happening at all.

“I'm just so happy that I got to meet [Greta] and I'm … so glad that we’re part of this movement,” she said.

“But I'm also mad…. Youth shouldn't have to be a part of this movement. This should be an issue for politicians and adults and it should already be solved.”

Sophia said the message is finally starting to resonate, but added that real commitments are necessary to prevent the Earth’s temperature from rising more than 1.5 C by 2030 — a crucial point in order to prevent irreversible damage, according to scientists.

“All we need now is action,” she said. “[We need] the politicians to finally take a step up and act.” 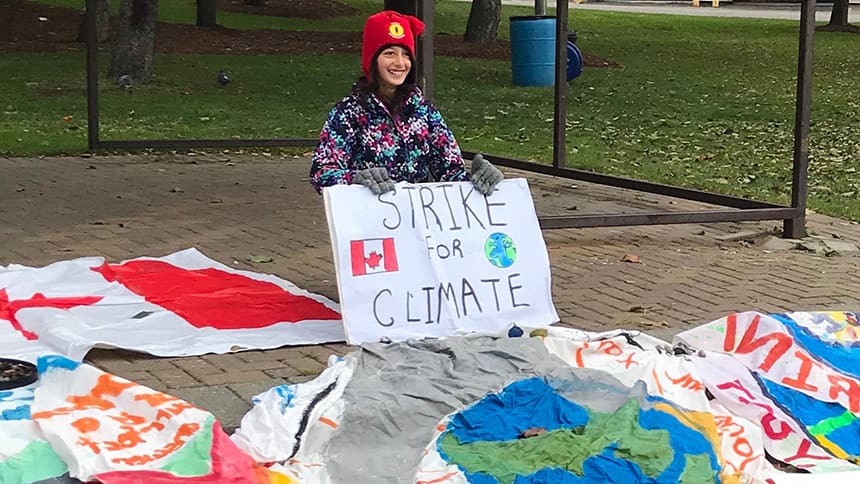 On top of striking, Sophia said she has taken several steps to reduce her carbon footprint: She no longer travels by plane, she stopped eating meat and her family doesn’t use the dryer anymore. (Submitted by Sophia Mathur)

The UN secretary general, António Guterres, who leads the UN, echoed that in his remarks, and invited leaders from around the world to speak about what their countries and cities are doing to fight climate change.

The mayor of Montreal, Valérie Plante, was the only Canadian politician to speak. (Because of the federal election, Canada couldn’t make any commitments that future governments would have to adhere to.)

She first thanked the youth for bringing attention to the matter and for pushing for action.

“Young people remind us that we don’t inherit this Earth from our ancestors,” Plante said. “We borrow it from our children.”

Plante made a commitment to reduce emissions in Montreal by 55 per cent over the next 10 years. 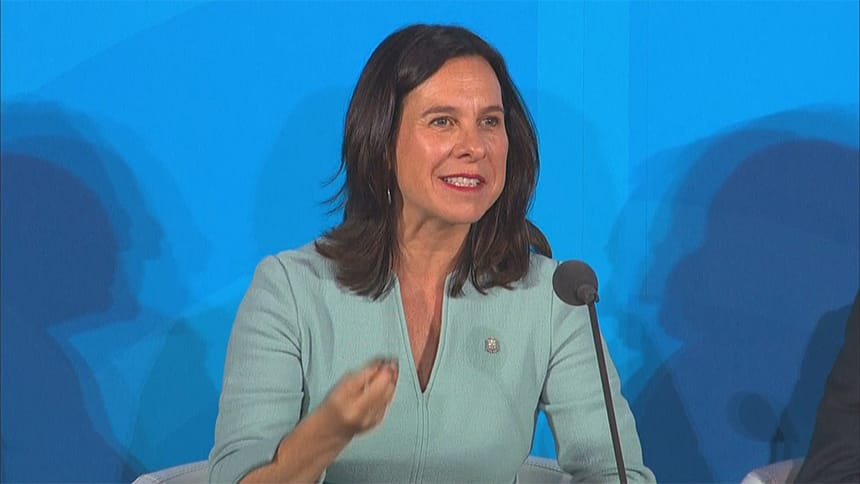 To do so, she said cities need to boost public transit and build carbon-neutral buildings.

Greta will be travelling to Montreal on Friday to take part in the #FridaysForFuture strike.

Three hundred thousand people are expected and several schools, CEGEPs and universities have cancelled classes ahead of the strike.