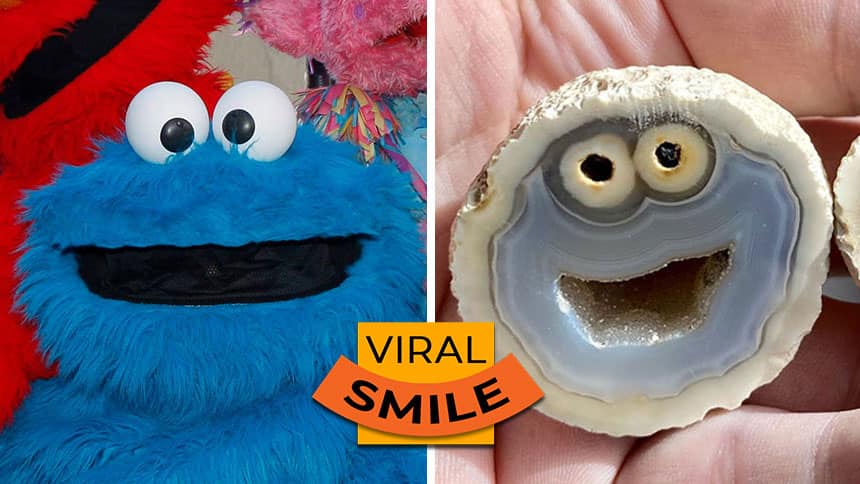 Images of blue stone get shared around the world

Have you ever wondered why certain photos go viral?
CBC Kids News decided to dig a little deeper to find out how it happened.

When Mike Bowers posted a video of a rock that looks weirdly similar to Cookie Monster from Sesame Street on Facebook, he was expecting to get only 100 likes, at best. 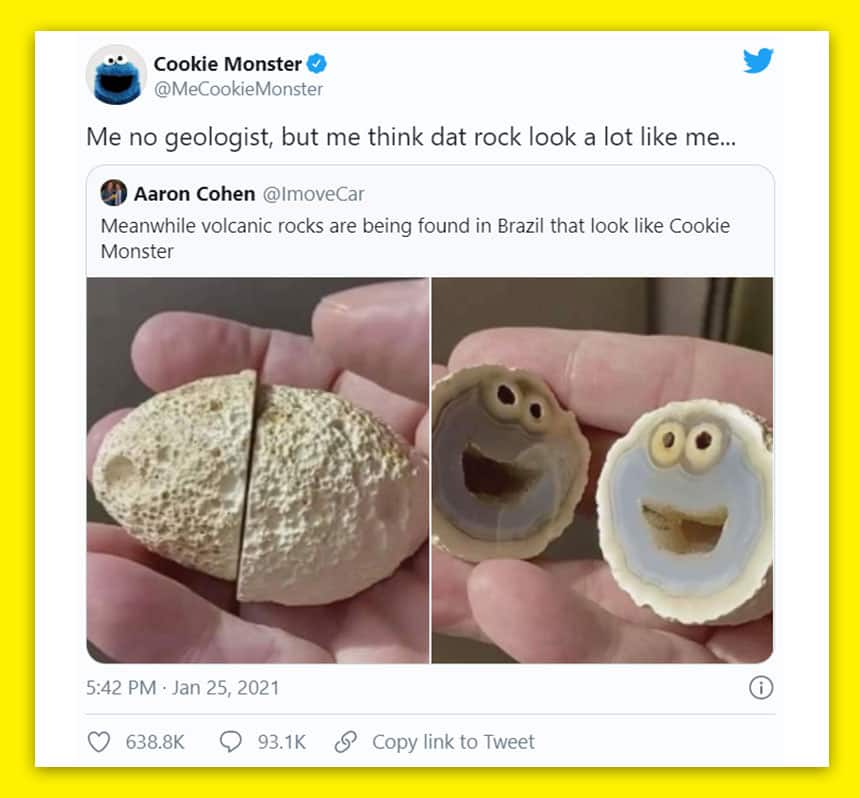 What kind of rock is it?

Bowers, who is a precious stone collector based in California, said the rock was discovered in Brazil in November 2020.

It’s an agate, which is a type of semi-precious stone that formed hundreds of millions of years ago.

Could it be fake?

Agates can be dyed different colours, said Philippe Belley, an assistant professor in the department of Earth Sciences at Memorial University in Newfoundland.

But this one “looks natural,” he said, because of the pastel colours and the thin white line along the edge. 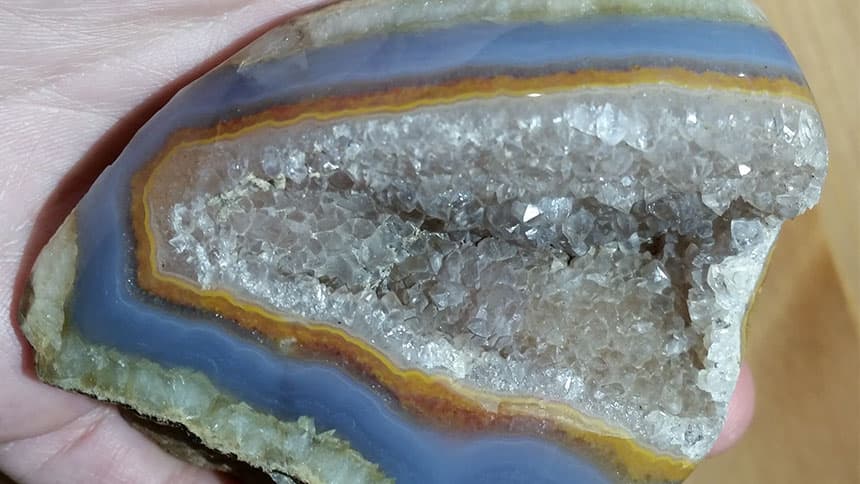 Agates can be found in Canada, mostly in Nova Scotia, Ontario and B.C., which is where this one was found. (Image credit: Philippe Belley)

Even Bowers said he understands why people are skeptical. “It seems impossible,” he said.

“But there’s one thing I’ve learned in the world of geology and gemology: Never say never.”

How did it feel to go viral? “It was crazy,” Bowers told CBC Kids News.

He said his phone would not stop ringing during those first few days — and nights.

“There’s one thing I’ve learned: I don’t want to be famous,” Bowers said. “It’s a nightmare.” 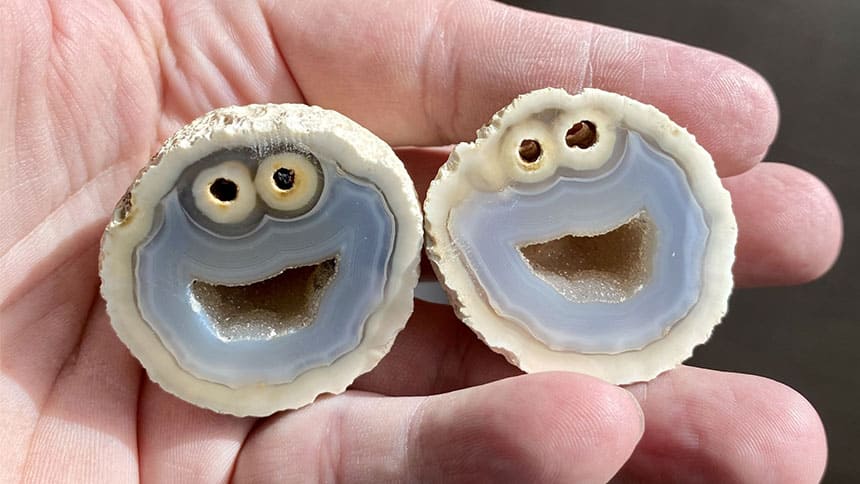 Despite lots of offers from people who want to buy the rock — for hundreds of thousands of dollars in some cases — Bowers said he isn’t selling right now.

“It’s not always about money,” he said.

Bowers said he hopes to donate the rock to a museum one day so that it’s accessible to all. “Imagine kids seeing that.”

He said he hopes the Cookie Monster agate will inspire the next generation of rock collectors.