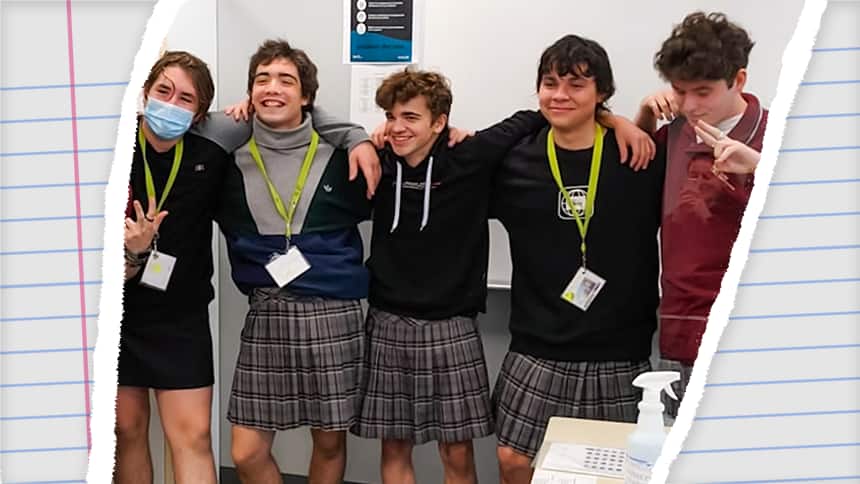 Boys in Quebec are wearing skirts to school. Here’s what a girl thinks

Teen is proud of boys, but says girls need a voice too

Students in Quebec are hoping to stop double standards in dress codes from skirting by.

Over the last few weeks, both boys and girls around the province have been showing up to school in skirts.

The boys are doing it as a way to stand up for the girls in their school, to protest gender roles and highlight that boys and girls are treated differently when it comes to school uniforms.

“The message we wanted to show with this movement is that our legs, our skin, our bodies are not a distraction, and showing them should not deprive us of an education.” - Chloe Verret, age 16

Chloe Verret, a 16-year-old in secondary five (Grade 11) at Charles-LeMoyne College in Longueuil, Quebec, said she and other girls brought the movement to her school after seeing it circulating on Instagram. 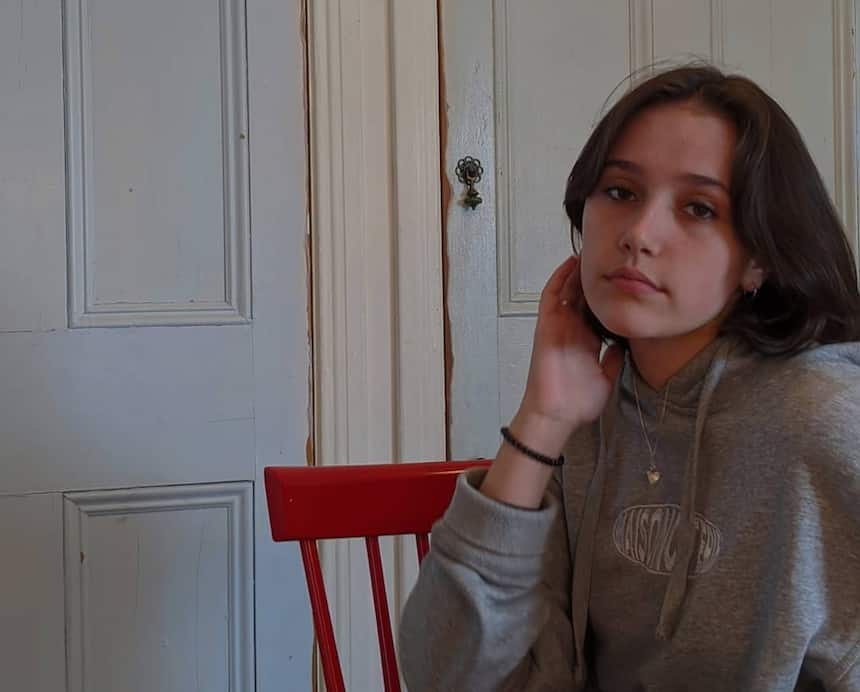 Chloe Verret and her friends let the boys in her school borrow their extra uniform skirts for the protest. (Image credit: Verrrret/Instagram)

“I saw lots of stories from my friends in other schools … I told girls of my school I wanted to do the same thing, and we got lots of my guy friends to jump on the idea,” she said.

On Oct. 7 — without letting the school know in advance — 50 boys in Chloe’s school showed up to school wearing skirts.

“When classes began, every guy wearing a skirt was taken out of class to the cafeteria. The teachers took it as kind of a rebellion,” she said. 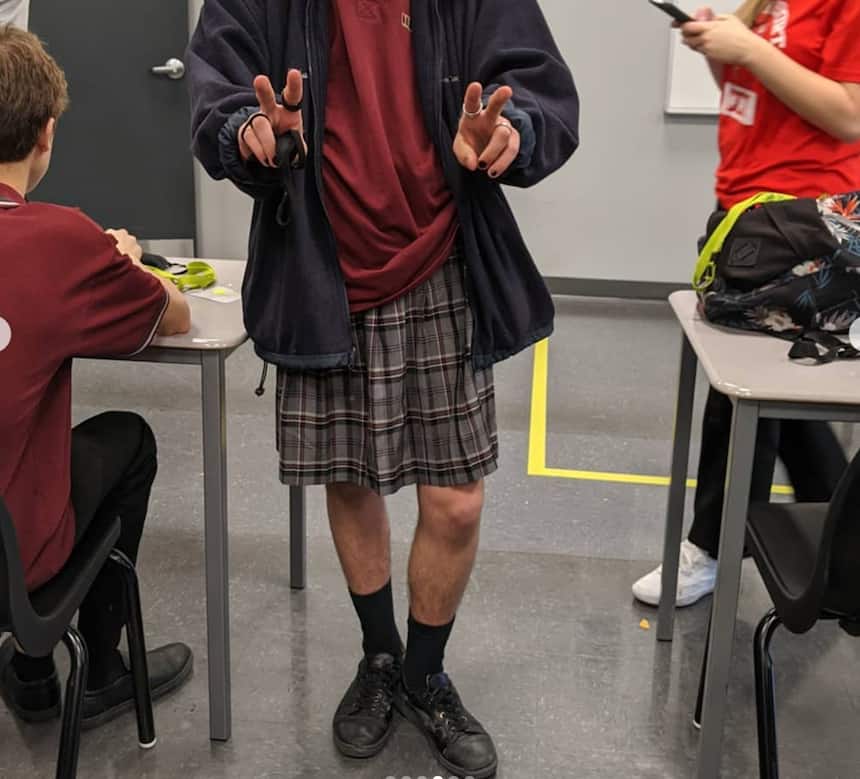 Chloe said the boys in her school loved wearing their skirts, saying they found it ‘just like shorts, but more refreshing.’ (Verrrret/Instagram)

“After long conversations, we were lucky to find the support of the school.”

What was the movement about?

Chloe said the movement was to protest both the hypersexualization of girls and toxic masculinity.

She said she and her friends, along with other girls in schools around Quebec, were being punished for wearing their skirts too short and told that it was a distraction for boys. 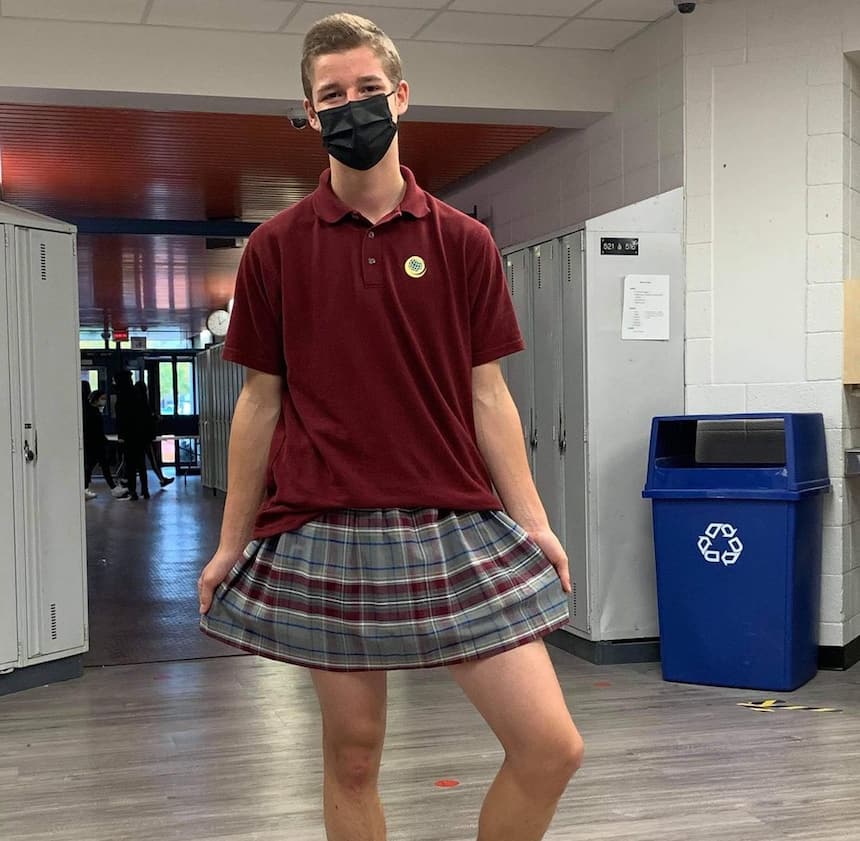 Simon Lefebvre-Gagnon, a student at Lucille-Teasdale secondary school in Brossard, Quebec, was one of the first boys to draw attention to the protests, which began in schools around Montreal. (simsvitious_xp/Instagram)

Yet, boys could hike up their shorts as much as they wanted.

“The message we wanted to show with this movement is that our legs, our skin, our bodies are not a distraction, and showing them should not deprive us of an education,” Chloe said.

David Bowles, the school’s general director, said he wasn’t aware of any specific situations where teachers used the ‘boys can’t concentrate’ idea as justification for enforcing the rule.

Regardless, after the protest he sent a message to his staff saying not to use that justification in the future.

Chloe said the protest was also in part for boys, who should be able to wear anything they want without fear of being bullied or told that they’re gay.

“We realized that toxic masculinity is a big part of society. Men are always told to be strong, wear masculine types of clothes. They’re told they can’t cry or be sensitive.” 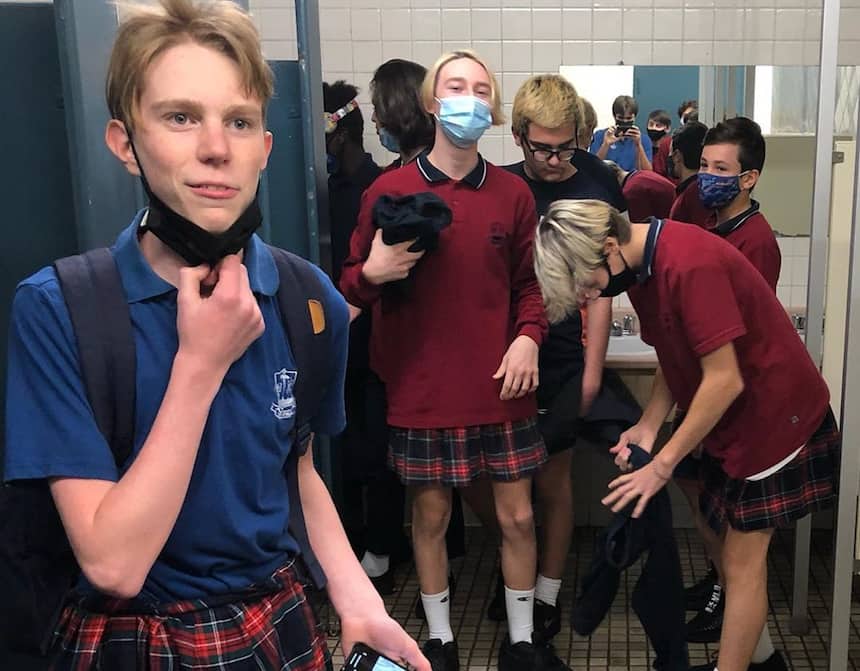 Schools all around Quebec are participating in the movement. This photo of boys in the skirts at College St-Paul in Varennes, Quebec, has more than 86,000 likes on Instagram. (Image credit: guillaume.dery/Instagram)

She said when she saw all of the boys wearing skirts, it brought tears to her eyes.

“They were smiling all day, they were saying how comfortable they were and were telling everyone to wear them, too.”

Girls need the spotlight, too

Chloe said that although she and her friends are super proud of the boys for participating, they’re also “kind of sad” that all of the attention, including media attention, is going to boys.

“They’re part of it, but they shouldn’t be the ones talking about it because women have been talking about it for a long time and they’re not listened to, and now that a guy wears a skirt everyone listens to them.”

However, Chloe still thinks that boys play a key role in this protest.

“We feel like they should be more of supporters, helping to make girls’ voices more loud.”

The day after the protest, staff at Chloe’s school posted a message on their Facebook page saying they supported the movement, and any student can wear a skirt to school regardless of gender.

Moving forward, Chloe said she and other students are in conversations with the school to decide how to change the double standard around skirt length. 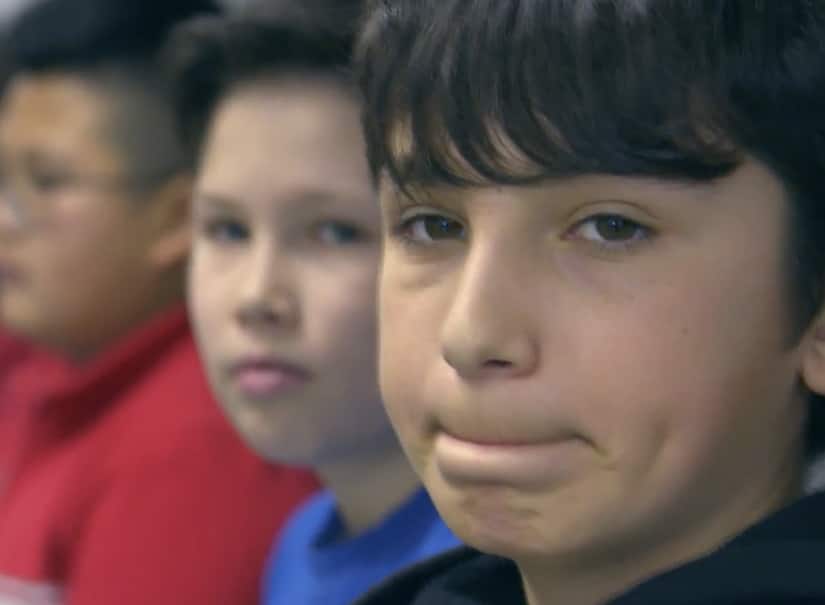 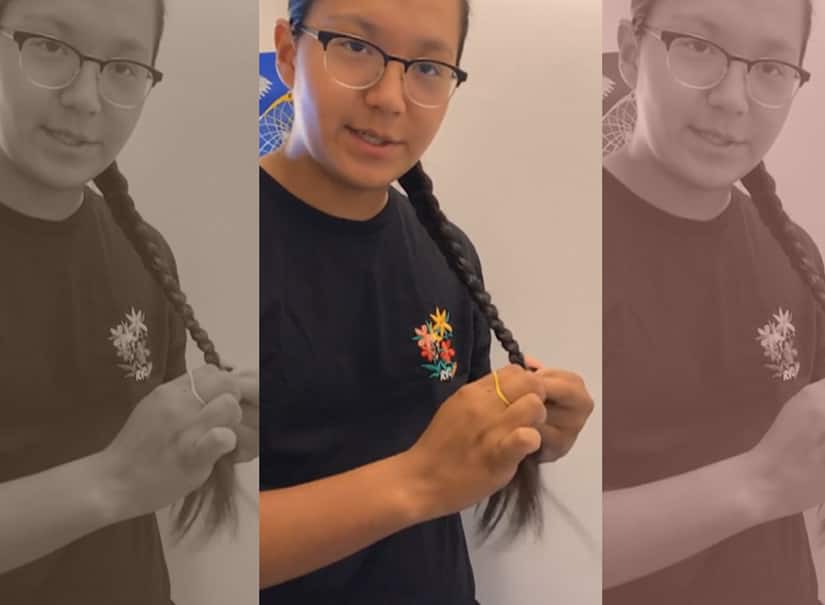 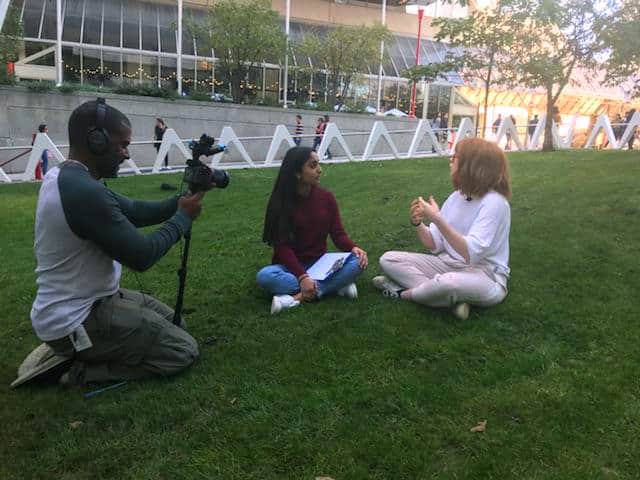