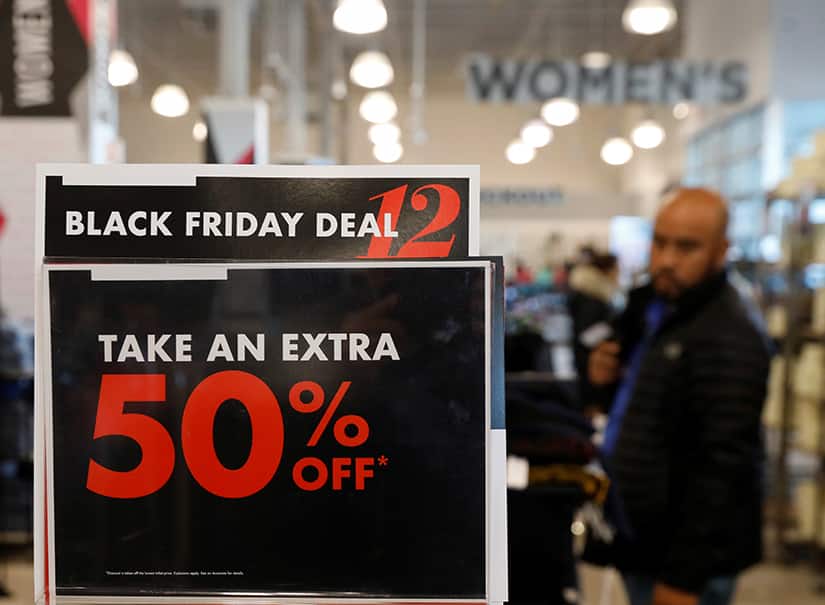 About 140 million people were expected to shop over the four-day weekend, according to the National Retail Federation. But not all deals are as great as they seem. (Shannon Stapleton/Reuters)

Thousands of Canadians will be looking for deals today as Black Friday kicks off the Christmas shopping season.

At least that was the original idea behind Black Friday — buying gifts for others.

Whether that’s still the case depends on who you ask.

Nowadays shoppers are also looking for good deals for themselves.

“I like to get discounts to buy other stuff and save money.” - Carlie Weinreb, 11 years old

Black Friday is a relatively new phenomenon in Canada.

It used to be that Boxing Day was the biggest day of the year to shop.

Black Friday is an American tradition, falling the day after U.S. Thanksgiving.

But Black Friday has become a bigger deal in Canada in recent years. 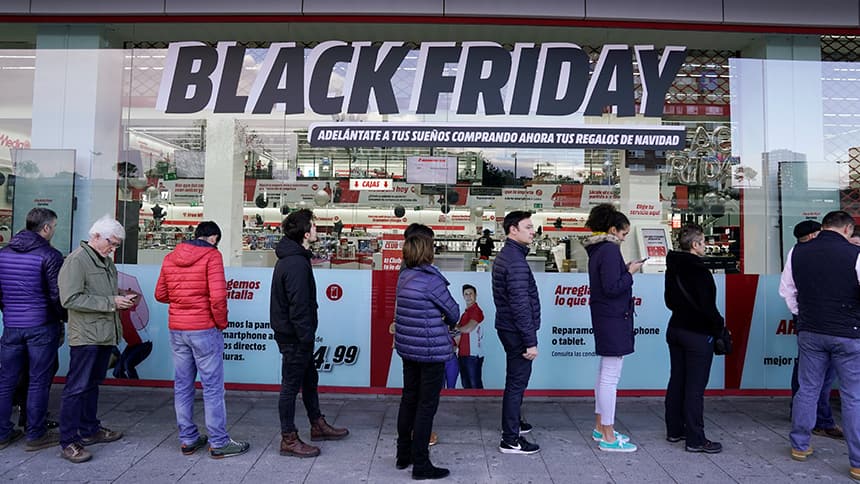 Black Friday is popular in other countries around the world. These shoppers are lining up in Bilbao, Spain. (Vincent West/Reuters)

Some shoppers line up for hours, even before the sun comes up, just to get a good deal.

The deals aren’t always all they’re hyped up to be, though.

Carlie Weinreb is an 11-year-old from Toronto.

For the past several years, she has been teaching adults about ways to save money.

“I shop on Black Friday because I love getting sales and I love bargains and I like to get discounts to buy other stuff and save money,” she told CBC Kids News.

She went shopping with her friends today and got a pair of flip flops for half price. 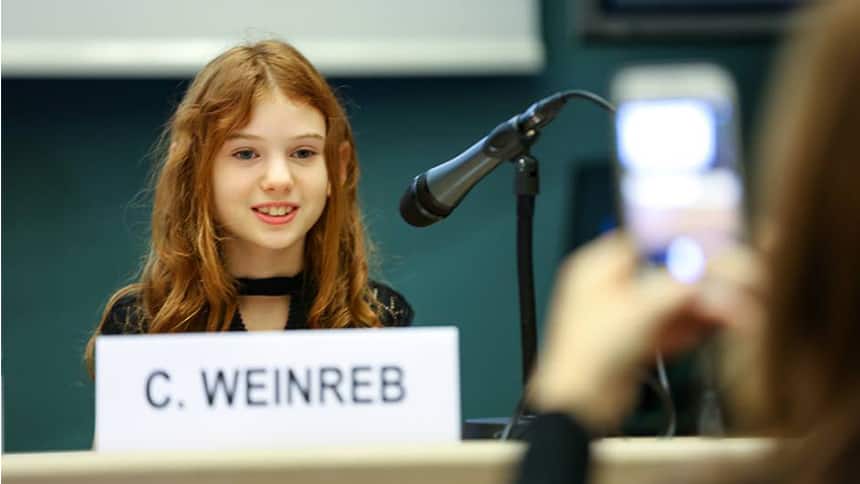 Weinreb told CBC Kids News that customers should watch out for deals that seem too good to be true.

“Do they raise the [prices] like 50 per cent and then give you a 30 per cent discount?” she said. “The person who is buying that item is losing that money because the store makes it a higher price.”

She also suggested that it’s a better use of your time to babysit for six hours at $10 an hour and earn $60 rather than stand in line for six hours, just to save $30 on a phone, for example. 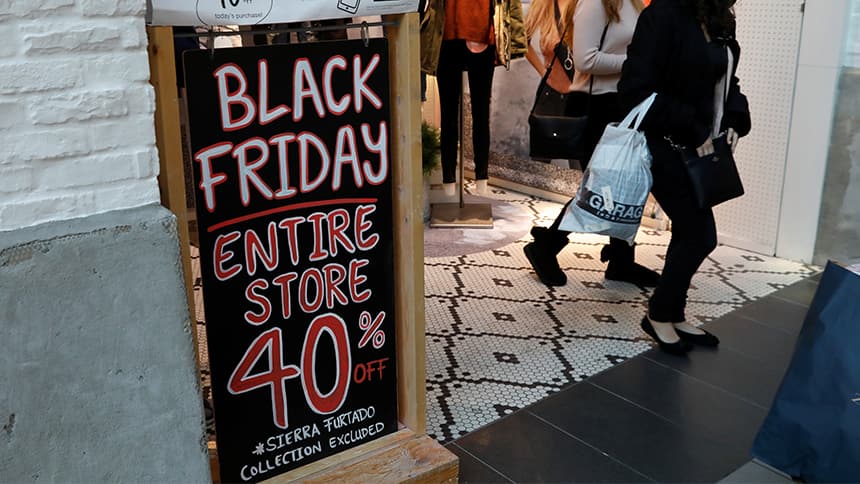 Make sure to read signs carefully. If you look down to the bottom, you can see that it’s not, in fact, the entire store that’s on sale. (Shannon Stapleton/Reuters)

If you’re trying to avoid the madness of the malls and are shopping online, you may be doing more harm than you think.

It turns out that online shopping creates a bigger carbon footprint than shopping in stores.

That means that more carbon goes into the atmosphere from shopping online, in part because of all the trucks involved in transporting the items people have purchased, compared to simply taking your car or the bus or subway to the mall.

So shopping in person can be better for the environment.

That’s according to a study from the University of Sweden and another one from the Massachusetts Institute of Technology in the U.S. 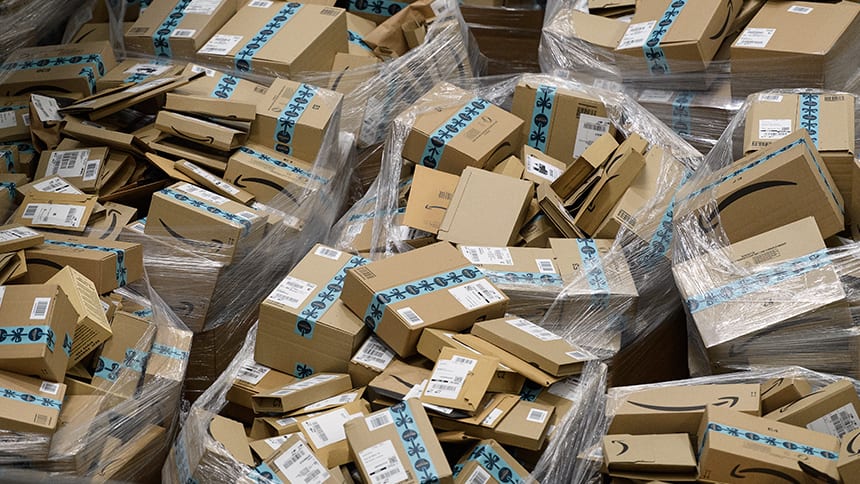 Same-day or express shipping is less environmentally friendly than purchasing the product in a store, according to a study from MIT. (Leon Neal/Getty Images)

Thank you for letting us know what you think of Black Friday. Check out some of your responses here. 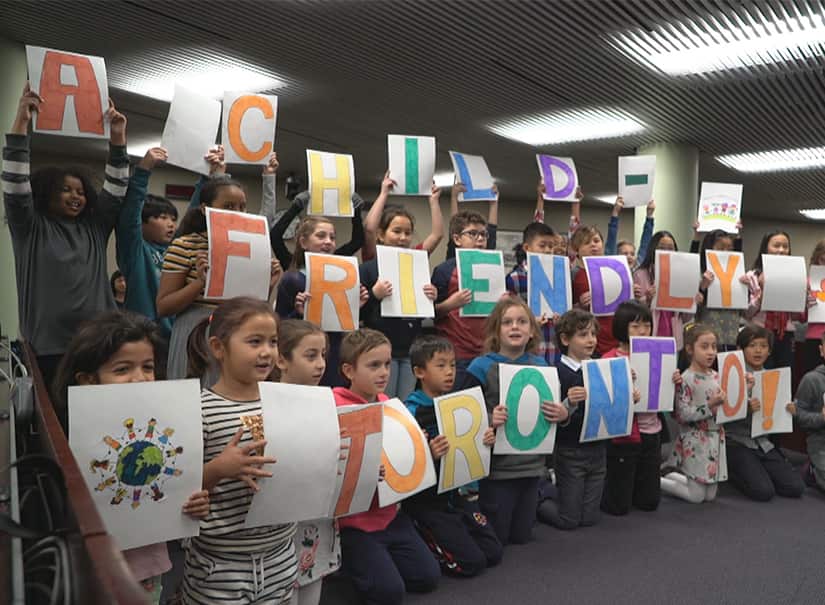