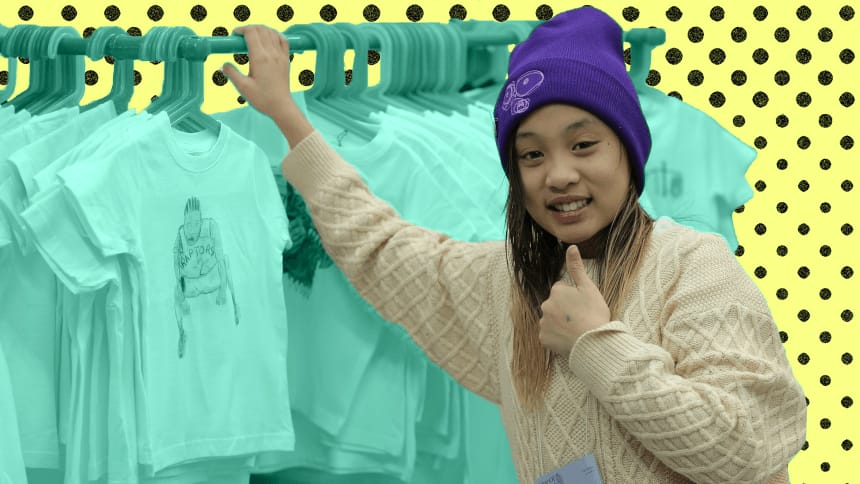 Biz Kids: This teen turned her doodles into fashion

No need for a weekly allowance when you can make your own money!
Lots of Canadian kids run their own businesses, but how exactly do they pull it off?
Check out the next instalment in our Biz Kids series.

Making money off doodles might seem too good to be true, but this 11-year-old made it happen.

And people are loving them.

"People want to support me and I'm really happy about that," Leeloo said. 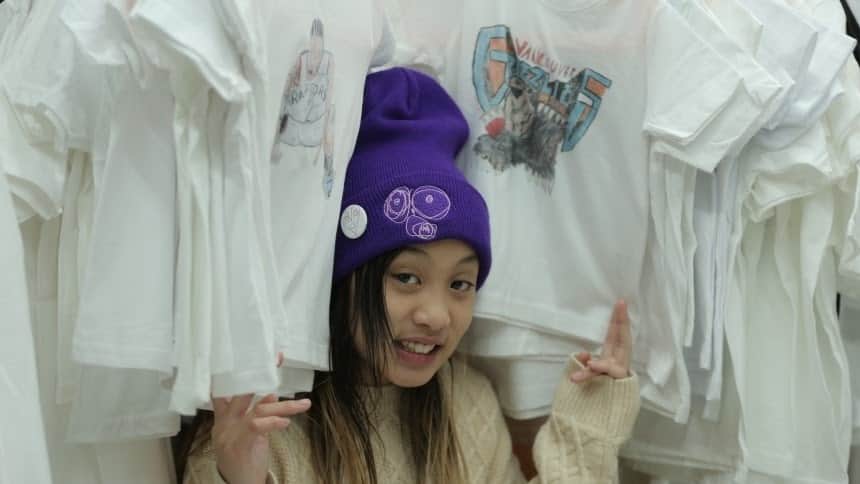 Leeloo was born with an eye for art, and her family always knew she was creative.

"She picked up a pencil at a very young age," said Diana Tran, Leeloo's mother.

So in the spring of 2016, when her uncle asked her to put one of her pictures on a shirt, Leeloo was happy to oblige. 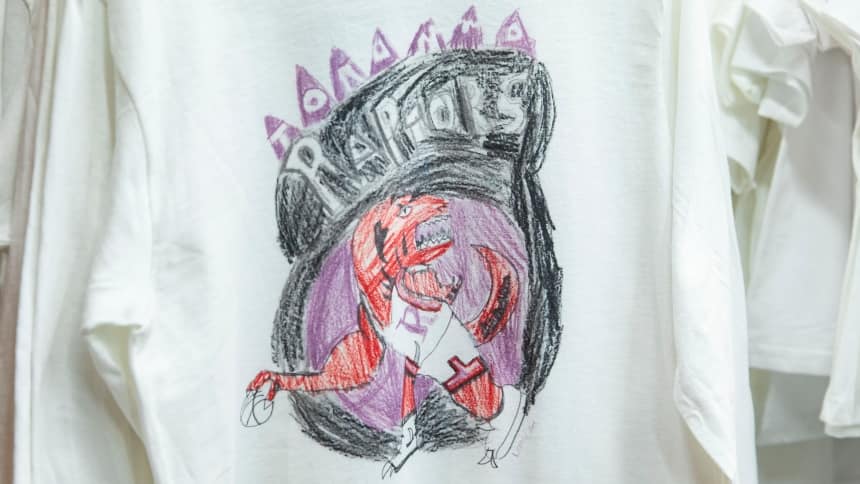 Leeloo first made this T-shirt for her uncle, which is inspired by the Toronto Raptors logo. (Michael Wilson/CBC)

Shortly after her first creation, she started designing more prints as gifts for other family members and friends.

At seven years old, Leeloo started receiving requests from strangers who had spotted her work being worn along Toronto streets.

Specifically, customers were eager to get their hands on shirts featuring the logos of the Toronto Raptors, Toronto Maple Leafs and Toronto Blue Jays.

And so, her business — named Leeloodles — was born.

Leeloo and her parents launched an Instagram page for the shirts, found a studio space to act as Leeloodles headquarters and found a nearby manufacturing company to print the T-shirts. 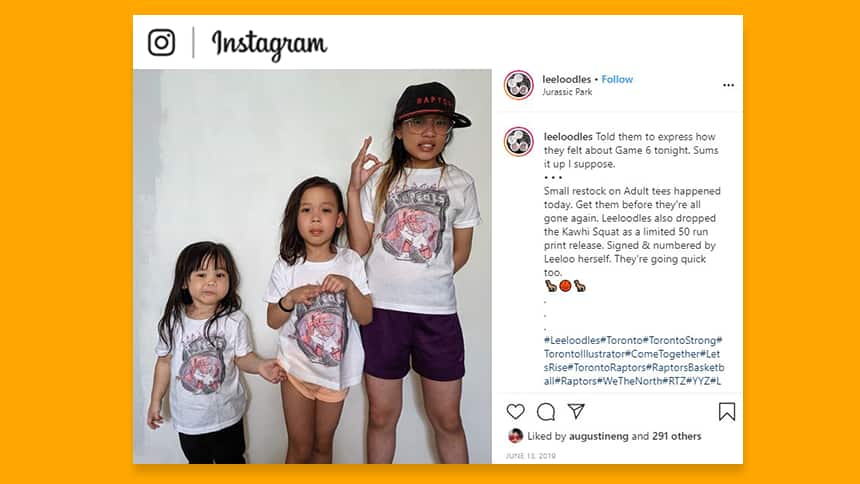 Fast forward four years and Leeloo has sold about 20,000 T-shirts, which sell for $35 apiece.

Not only that, but her shirts have also been sold worldwide and are particularly popular in Asia. 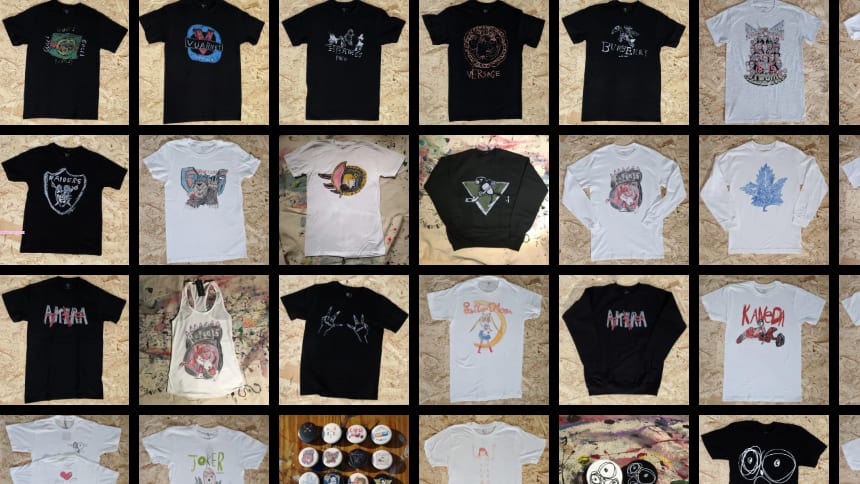 With help from mom

But Leeloo can’t take all the credit.

Her parents handle all the logistics, including marketing, manufacturing, distributing and event coordination.

In fact, Leeloo’s mom calls herself a "momager,” a job that can demand anywhere between five and 16 hours of work a day. 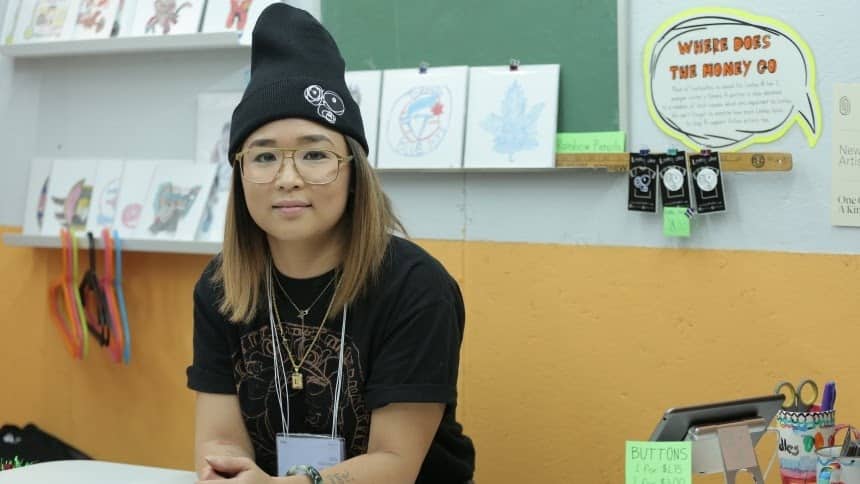 Leeloo is also reaching out to others through charity — something she said has always been important to her.

While most of the money goes toward Leeloo and her sisters' futures, a portion goes to local causes such as LGBT Youthline, VIBE Arts and the Toronto Zoo. 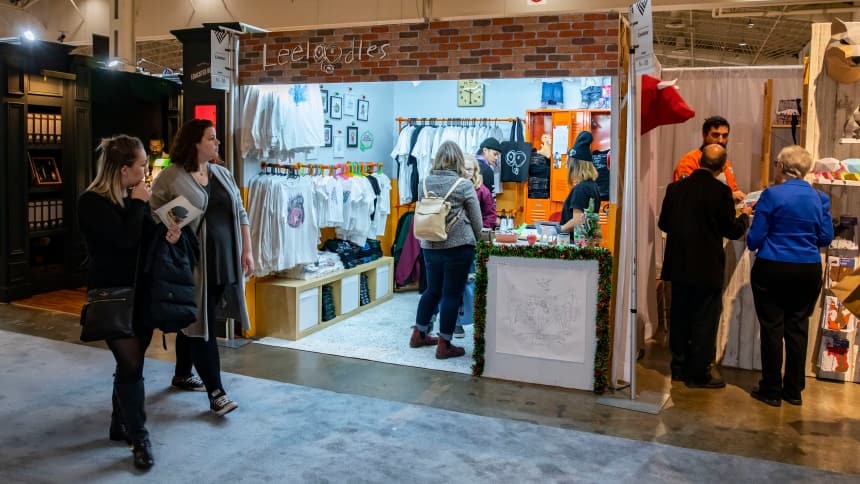 Leeloodles made its debut at the 2019 winter One of a Kind Trade show. (Michael Wilson/CBC)

Leeloo hit a new milestone late last year as the youngest vendor at the winter 2019 One Of A Kind trade show in Toronto.

It was also the first time Leeloodles attended the event.

As Leeloo goes through school, she said she hopes to continue creating new designs, growing the business and selling products to even more clients worldwide. 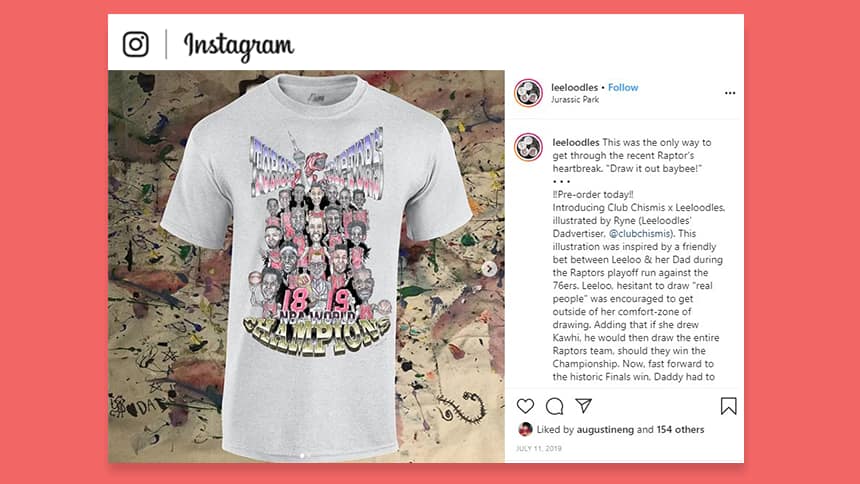 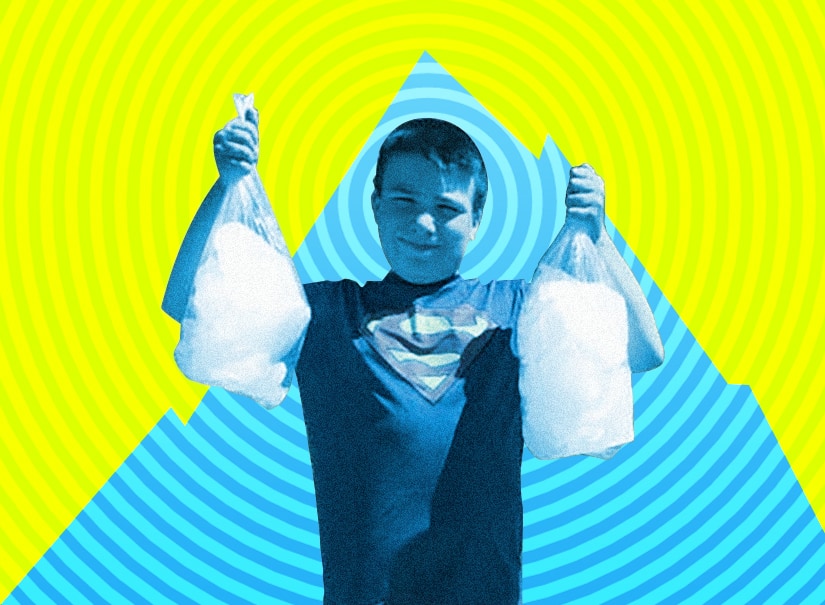