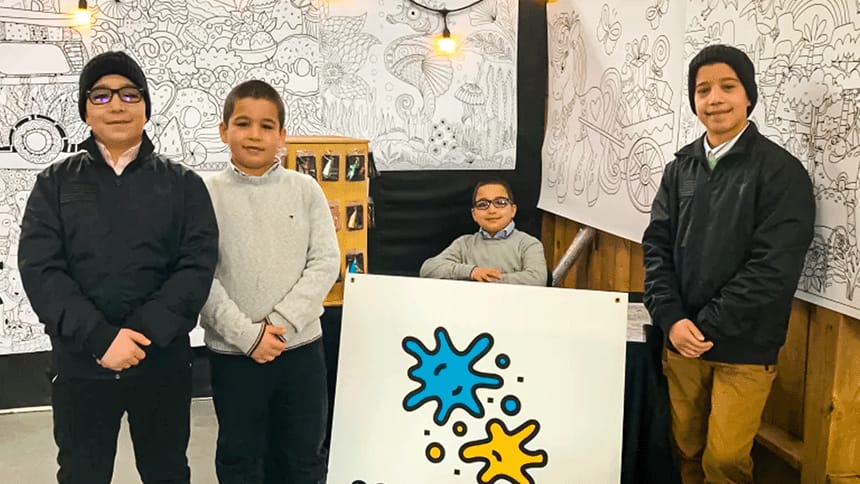 Boys, aged 9 to 13, launched Color Me Inc. at Ontario market

No need for a weekly allowance when you can make your own money!
Lots of Canadian kids run their own businesses, but how do they pull it off?
Check out the next installment in our Biz Kids series.

Ever wanted to colour on a canvas that’s as tall as you are?

Bored with the limitations of regular colouring books, the Moustapha brothers, from London, Ontario, created their own business called Color Me Inc. in 2020.

They designed life-sized colouring sheets that allow you to draw outside the lines and then some.

With canvases as large as 100 by 150 centimetres (or three feet tall), you might even need a stepladder!

Two years later, the brothers, who range in age from nine to 13, continue to sell their creations at local markets — and turn a profit.

They have even donated a portion of their proceeds to local charities. 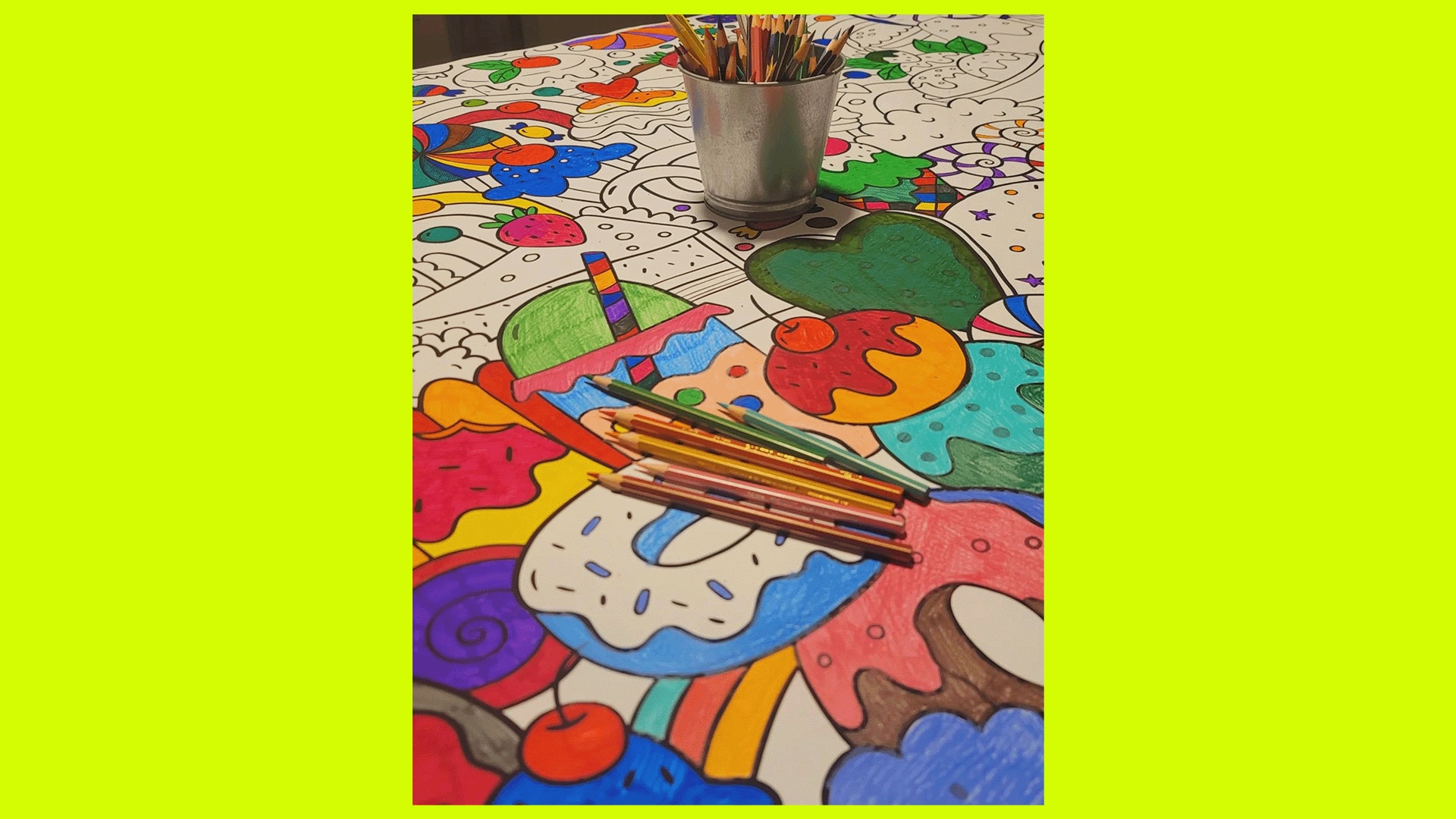 How they got started

Karim, Yusef, Ali and Omar got the idea of creating their own company while spending time at home during the COVID-19 pandemic.

After asking their parents to look for giant colouring books that were also culturally diverse — and not finding them — they decided to create their own.

The brothers started to license work from independent artists whose work they discovered on social media. That means they pay for permission to use the images.

Then they started researching independent printers who would work with them.

Today, the brothers’ fun, eye-catching designs are a popular attraction at local markets.

They sell for $20 per colouring sheet.

“I see quite a few people walking around the market with their colouring pages under their arms,” said Dan Ross, a manager at The Market at the Western Fair District in London, where the brothers’ designs are sold.

Ross told CBC Kids News that everyone from young kids to great-grandparents are snapping up their colouring pages and that he’s very impressed with the Moustapha family.

“The entire family is wonderful to work with,” said Ross.

“The parents looked after the legality of setting up the business, but have placed all the responsibilities on the boys’ shoulders — they take their business very seriously!”

While working with your sibling could be challenging, the four brothers say they enjoy it because they all have similar tastes in art. 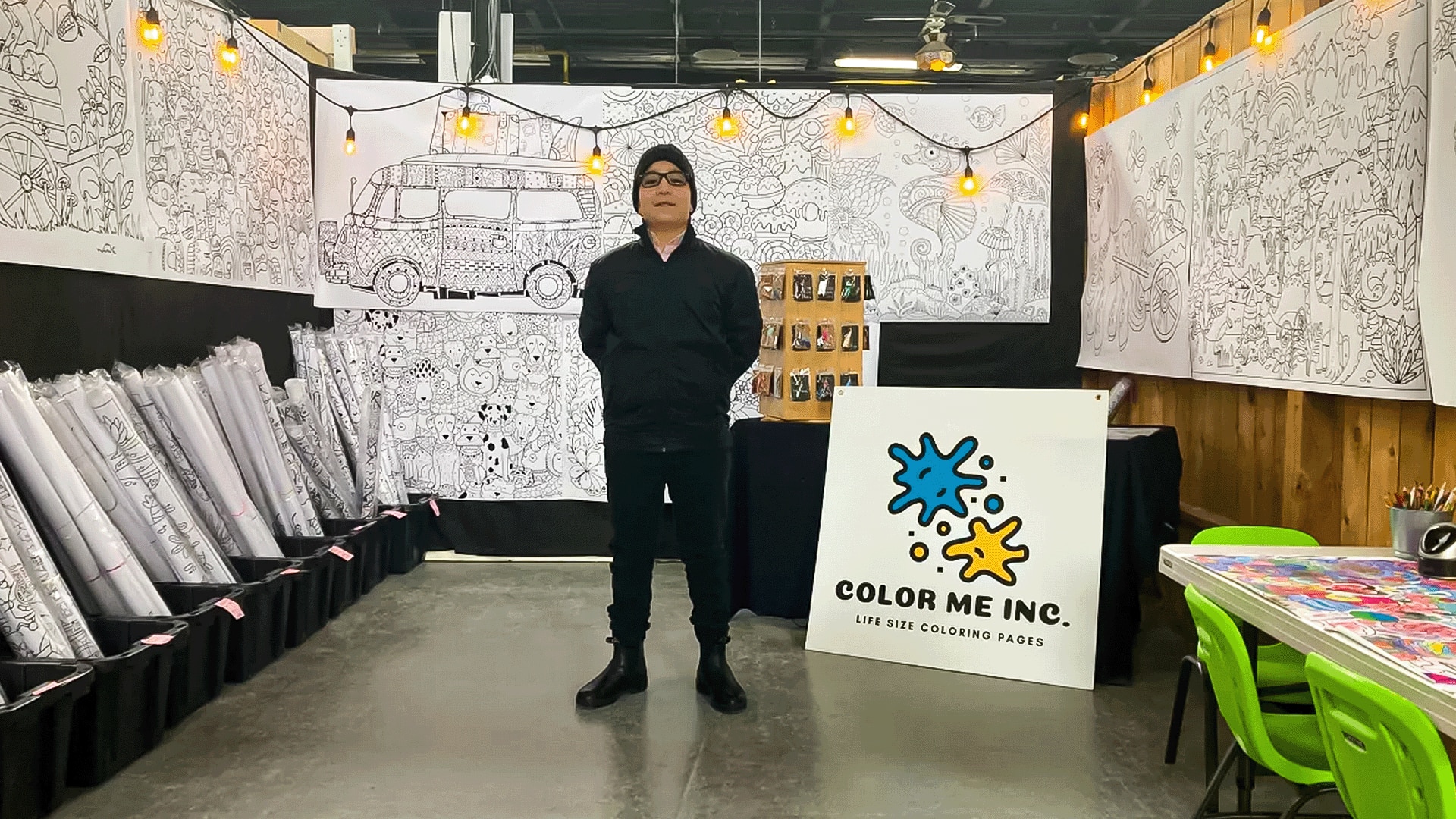 “We usually agree because we kind of have the same tastes in designs, I guess,” said Yusef. “There's not really a vote or anything.”

Omar added: “We don't disagree on much, and it's really easy to agree on stuff and it's just easy to work with each other.”

In a piece published on the website of Vancouver TV personality and lifestyle expert Jillian Harris on March 4, the brothers wrote that a special part of owning their own business is giving back to their community.

So far, they said they’ve given their giant colouring pages to retirement homes and to their teachers at school.

They have also donated proceeds of their sales to their favourite charities ChildCan and the Boys and Girls Club of London.

With files from James Chaarani/CBC 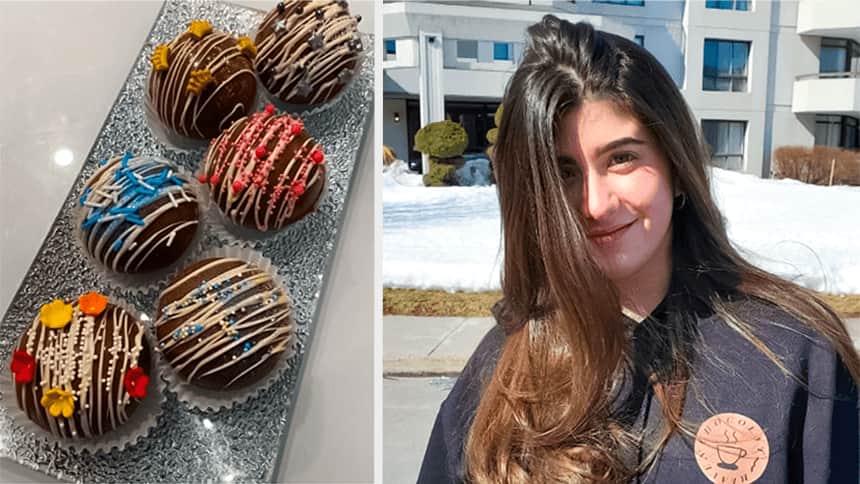 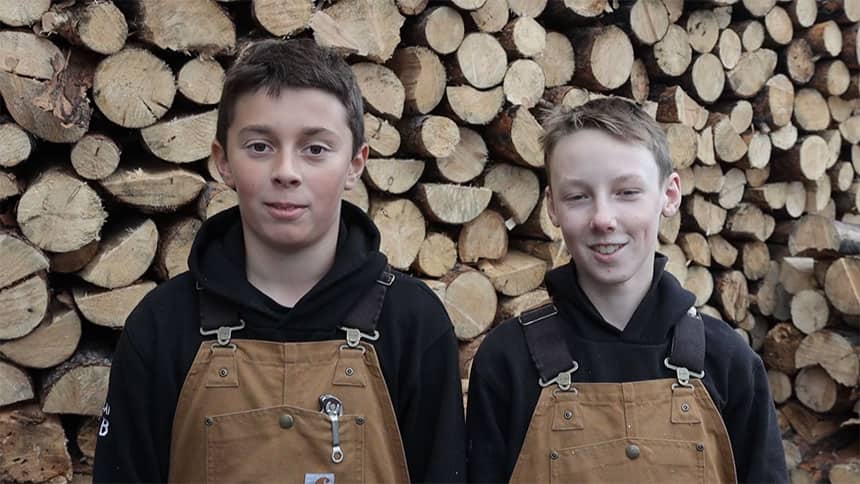 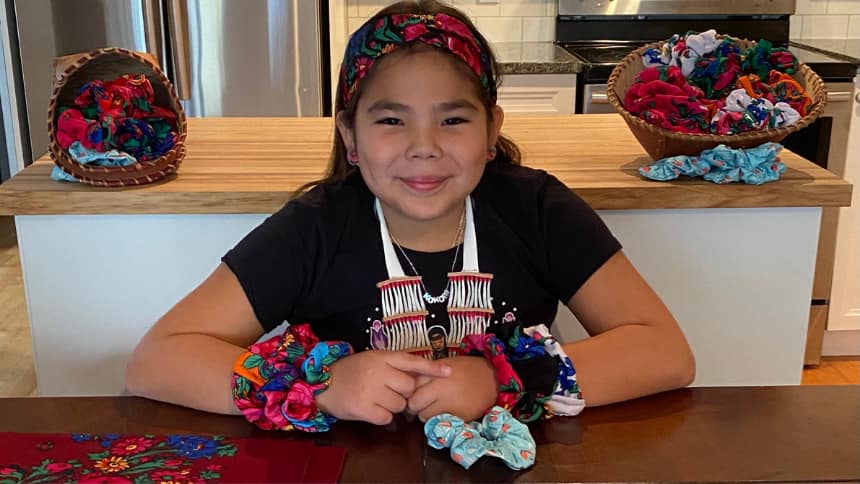