It’s not every day that a pig rides a ferry.

But that’s what happened to Theodore, an 800-pound Yorkshire breed on Friday.

He was transported to his forever home in Duncan, B.C., which is on Vancouver Island.

Theodore is no ordinary pig.

He was discovered about seven months ago, wandering around on a highway in the township of Langley, B.C. 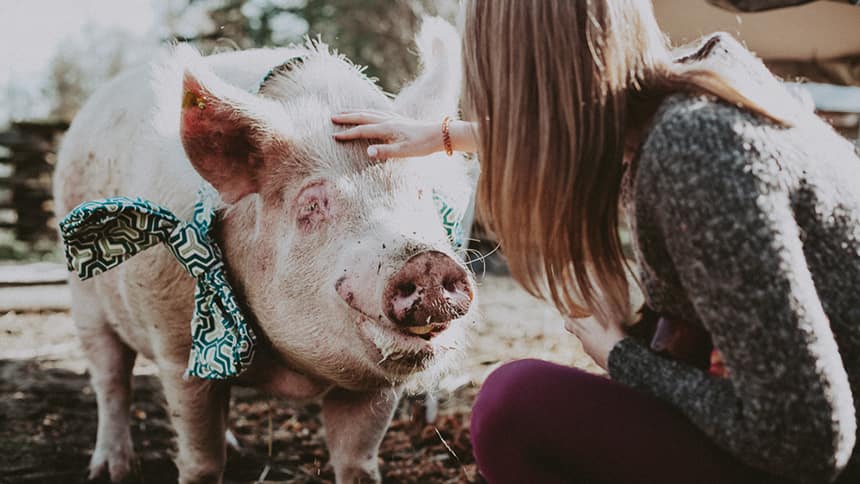 There were plenty of people who offered to adopt Theodore the pig. (Langley Animal Protection Society)

The Langley Animal Protection Society picked him up, but no one claimed him.

Normally, pigs like Theo would be slaughtered at around six months of age.

So a call went out to see if anyone wanted to adopt him.

More than 40 families got in touch and offered him a home, said Jayne Nelson, executive director of the Langley Animal Protection Society. 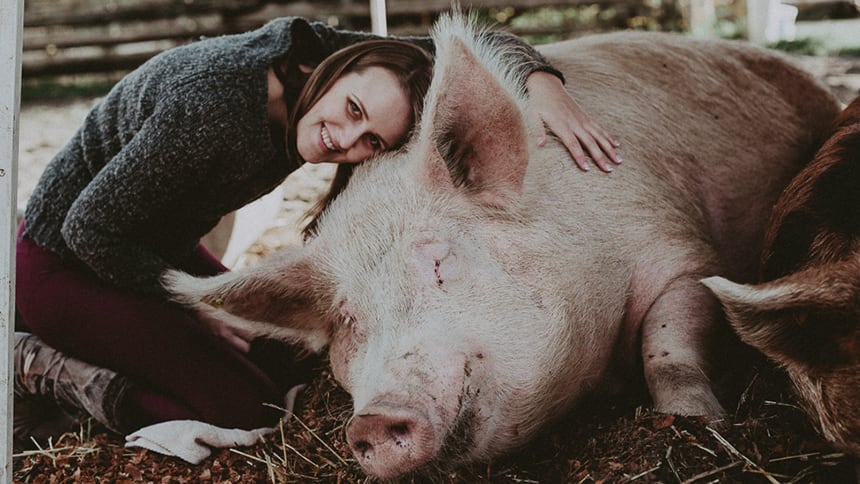 Tina Jensen-Fog, one of the society’s animal control officers, said she will miss Theo, but is happy he found his forever home. (Langley Animal Protection Society)

“[It was] way beyond what we could have hoped for,” Nelson told CBC News.

In the end, she chose A Home for Hooves Farm Animal Sanctuary in Duncan.

Theo will have companionship there.

A female pig named Lillian already lives on the farm.

Theo was fed plenty of cookies and doughnuts to help move him along during the trip, as he was a bit hesitant to get on the ferry.

Check out the video above to see how it all happened. 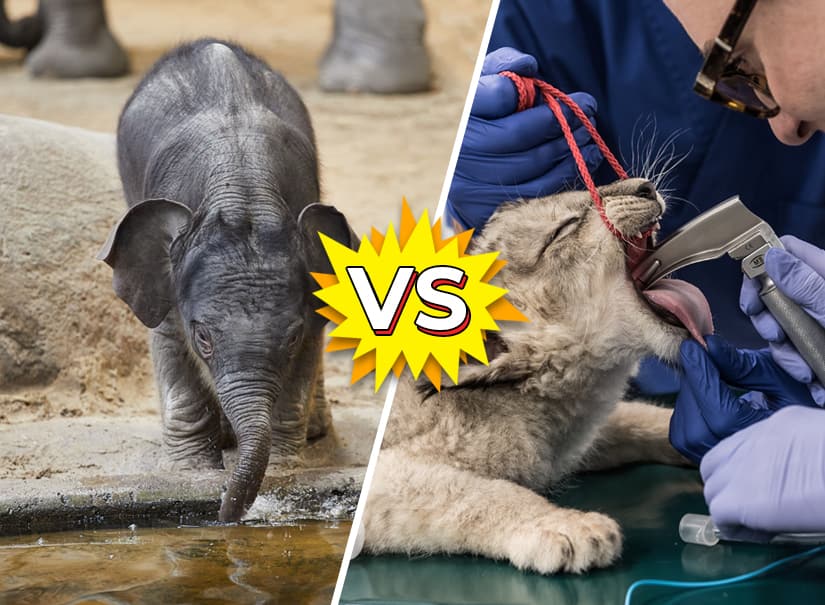 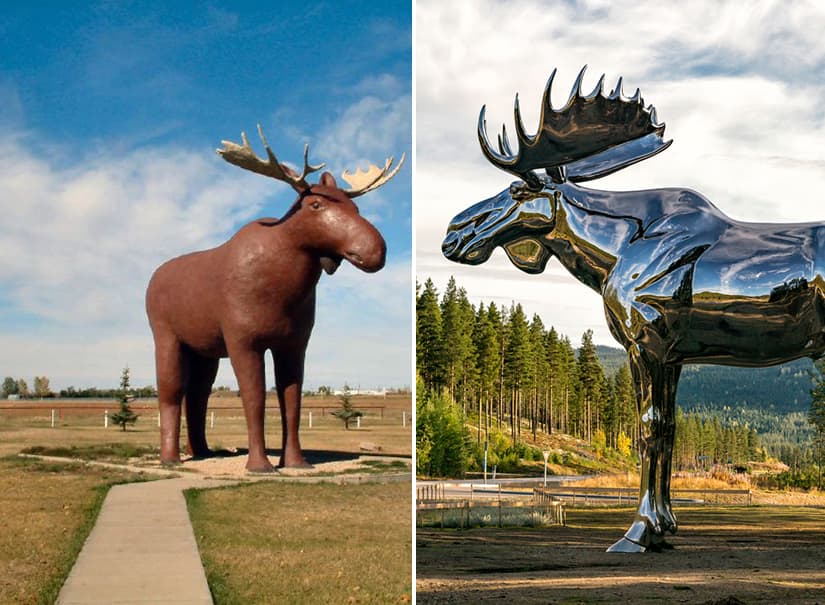 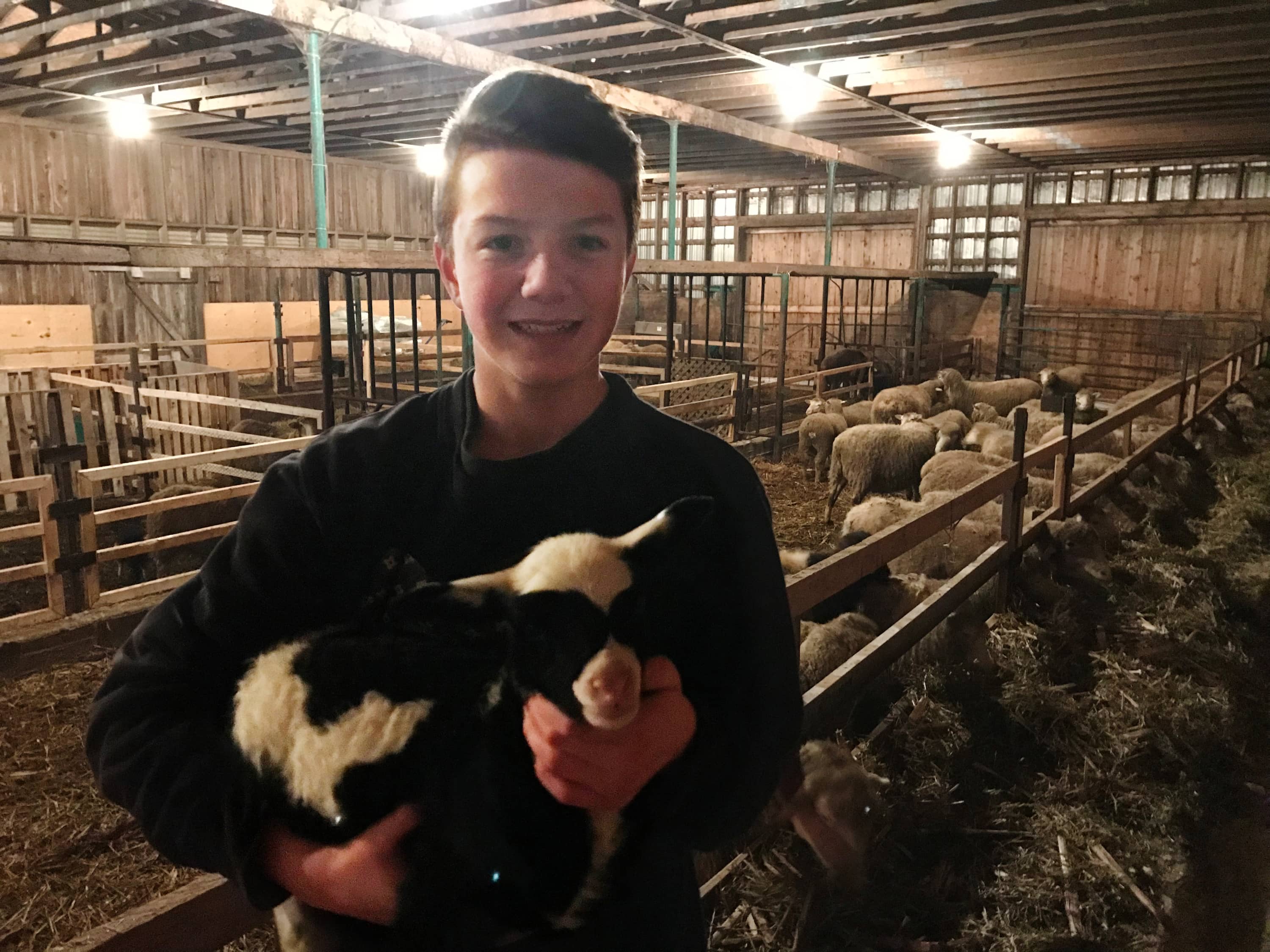