‘How to make a non-racist breakfast’? Get rid of Aunt Jemima, TikToker says

If you like Aunt Jemima pancakes and syrup, your breakfast is about to get a whole new look.

On Wednesday, PepsiCo Inc. announced it was changing the Aunt Jemima name and logo because of concerns that the character was based on a racial stereotype.

Now, some other companies are considering an image overhaul as well.

The changes are part of a larger movement protesting anti-Black racism, which was sparked by the death of an unarmed Black man named George Floyd in May.

The Aunt Jemima brand was created 131 years ago by the owners of a flour mill company in the U.S. as a way to market their products. 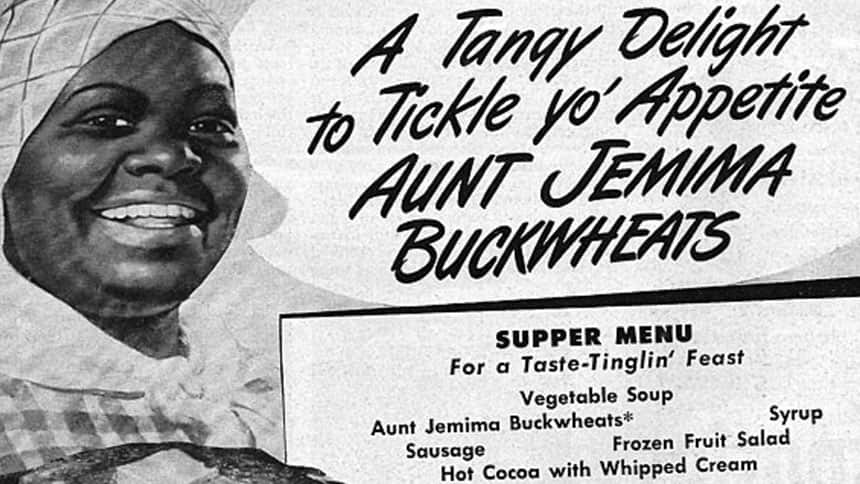 Aunt Jemima’s look has been updated since this ad from the 1940s. She now has pearl earrings and a lace collar instead of a kerchief on her head. (Reuters)

The character was created in the late 1800s, when minstrel shows, which involved white actors using black paint to play Black people, were a popular form of entertainment.

The practice, which is called blackface, is widely criticized today as a way to dehumanize and make fun of Black people.

The name Aunt Jemima comes from a song that was used in a blackface performance.

The image is said to have been inspired by a former slave named Nancy Green who went on to become the company’s official spokesperson.

The brand “was built on a racial and cultural stereotype that is widely regarded as offensive,” said James O’Rourke, professor of management at the University of Notre Dame’s Mendoza College of Business.

A stereotype is an oversimplified and often negative portrayal of a whole group of people or things. 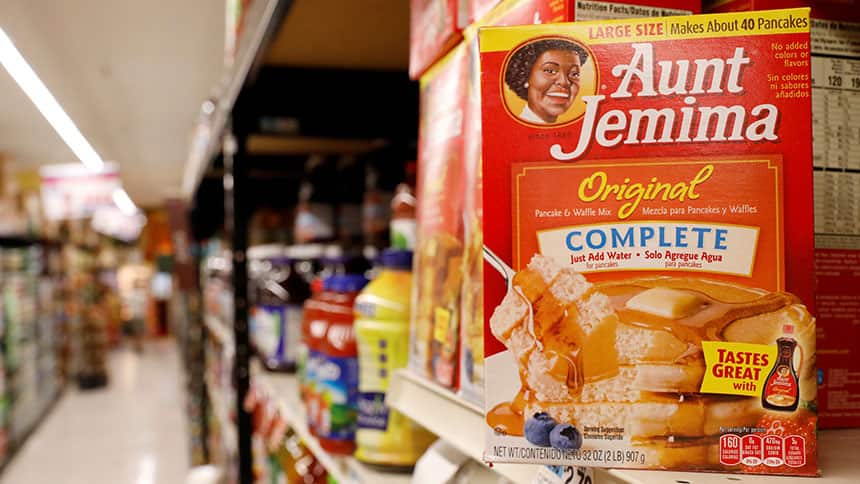 The company that owns the Aunt Jemima brand says a new name and logo will be revealed later this year. (Brendan McDermid/Reuters)

Updated over the years

The Aunt Jemima logo has been updated over the years to look less like a slave or a character in a minstrel show.

But “we realize those changes are not enough,” said Kristin Kroepfl of Quaker Foods North America, which is owned by PepsiCo.

The company said new packaging will hit store shelves at some point this year.

PepsiCo also said it would also donate a minimum of $5 million US over the next five years to support the Black community.

Her original TikTok, called “How to make a non-racist breakfast,” has more than 550,000 views and thousands more on Instagram and Twitter. 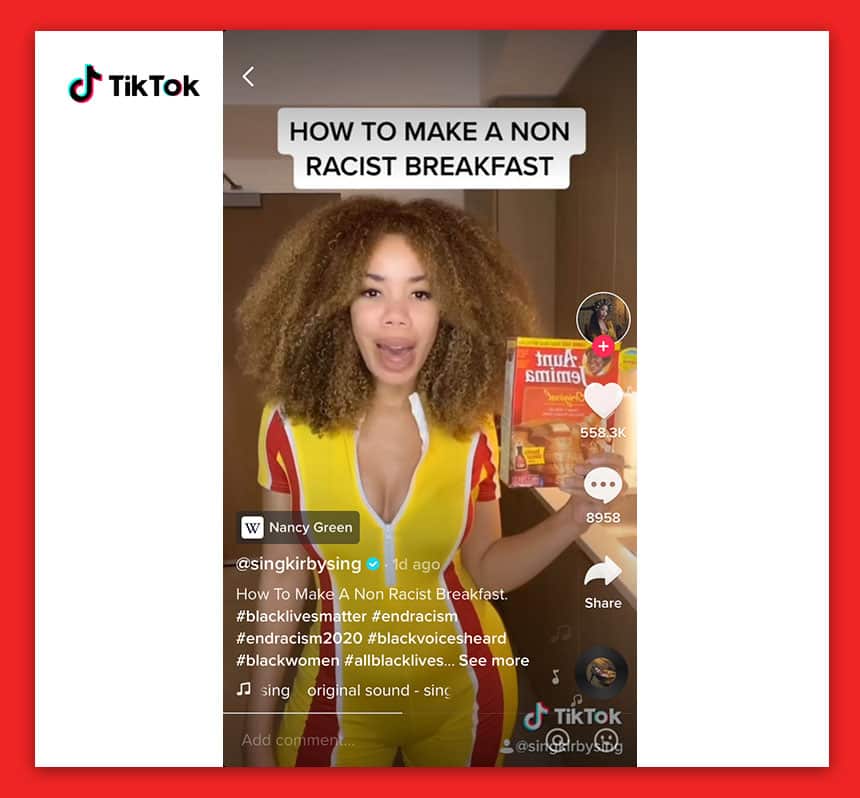 When the decision was made to drop Aunt Jemima, some people took to social media to congratulate Kirby, calling her an icon and a queen.

In favour of Aunt Jemima 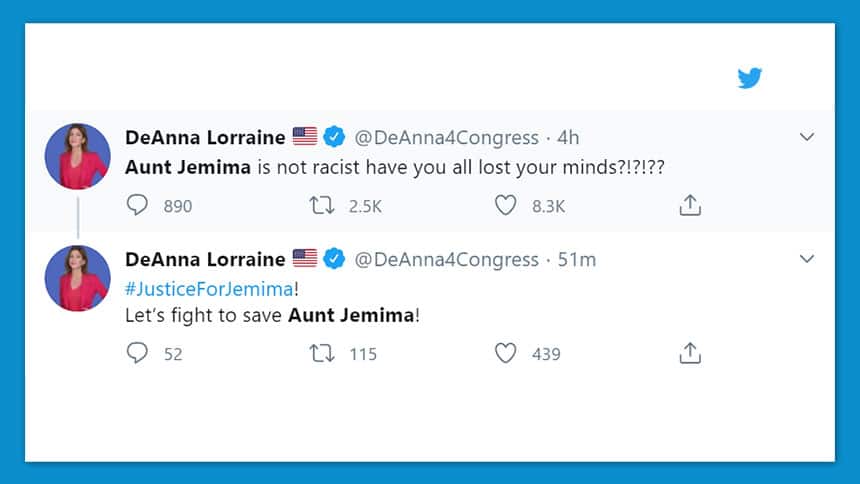 Some disagreed with the idea that Aunt Jemima is a racist symbol.

Others said that by deleting the logo, PepsiCo is erasing Green’s legacy.

Then there’s the concern that people should be putting their energy into making changes that would improve the lives of Black people in more concrete ways.

Even so, many took to social media to celebrate PepsiCo’s decision to say goodbye to Aunt Jemima. 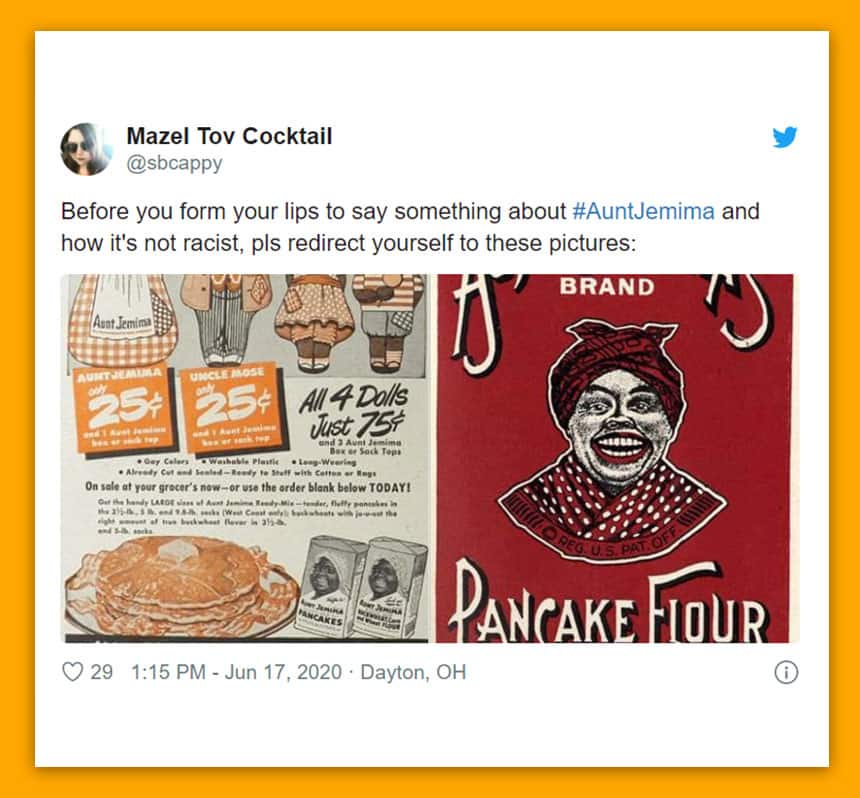 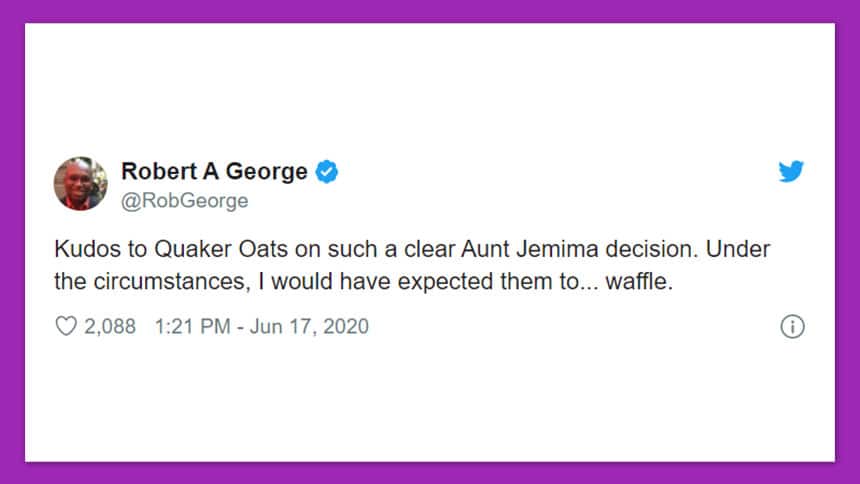 On June 17, the company behind another syrup product — called Mrs. Butterworth’s — also announced a brand re-think.

“We understand that our actions help play an important role in eliminating racial bias,” said the statement from Conagra Brands. 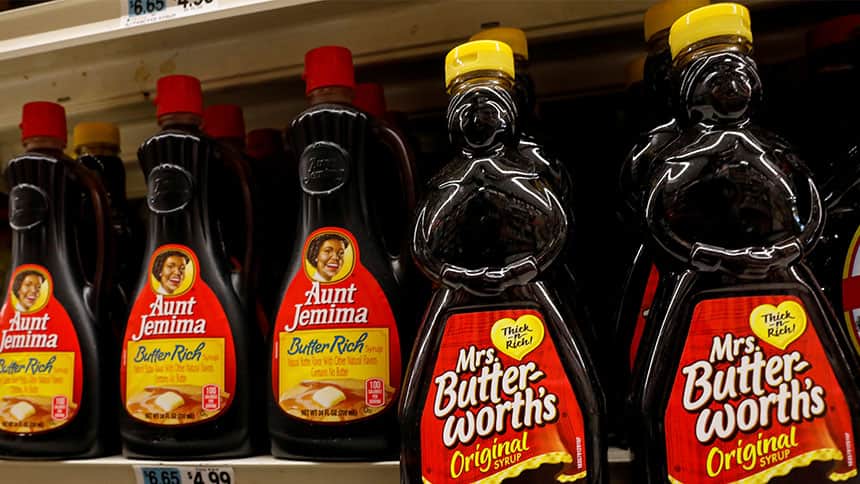 Conagra Brands said the Mrs. Butterworth’s syrup bottle is supposed to look like a ‘loving grandmother.’ Critics say it’s a reflection of our racist past. (Brendan McDermid/Reuters)

Concerns about whether we’re celebrating racist symbols don’t stop at the breakfast table. 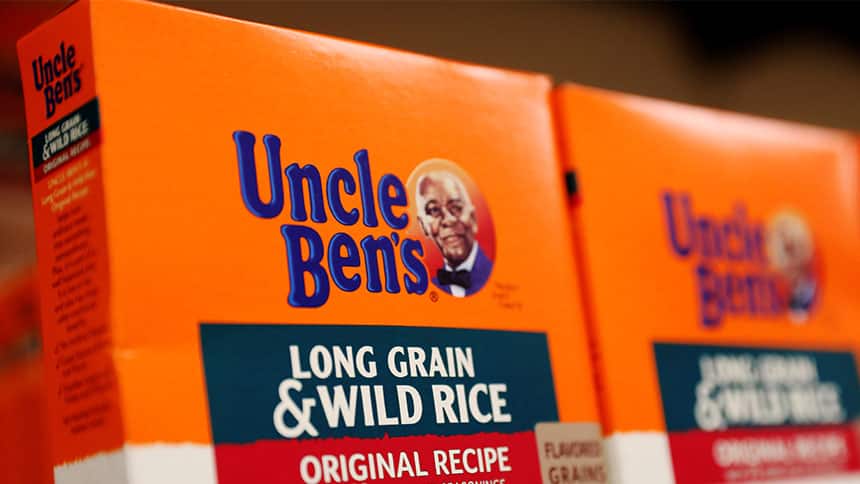 The company behind the Uncle Ben’s brand, Mars, said in a statement that it has a responsibility ‘to take a stand in helping to put an end to racial bias and injustices.’ (Brendan McDermid/Reuters)

Hours after PepsiCo announced it was retiring the Aunt Jemima brand, a company called Mars, which owns Uncle Ben’s rice, said its brand would “evolve” in response to concerns about racial stereotyping.

The company didn’t say which changes were coming or when.