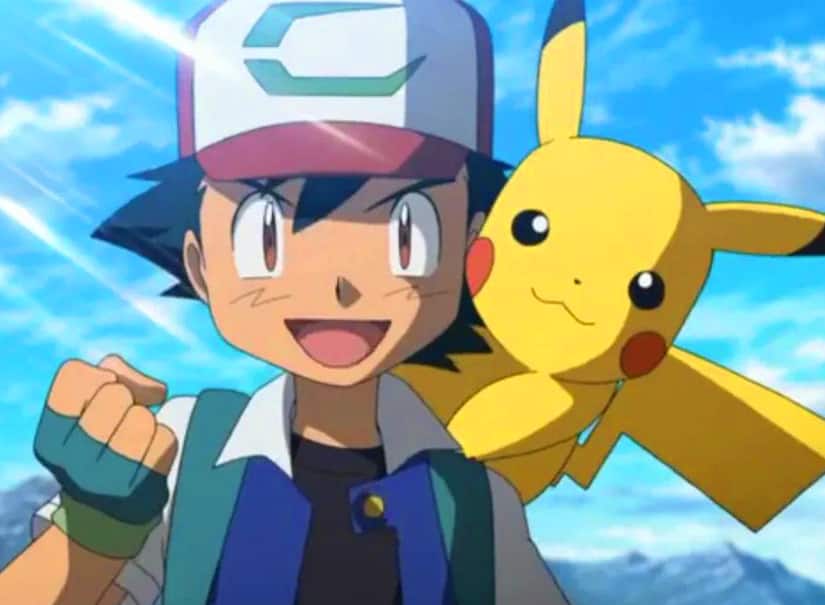 After 22 years, 10-year-old Ash Ketchum is finally a Pokemon Master

Pokemon trainer becomes the very best, like no one ever was

What does Ash Ketchum want?

The main character of the Pokemon TV series has always made his purpose clear.

To catch every Pokemon (his last name is Ketchum, after all), and to be “the very best.”

Not only are these goals said in the opening line of the show’s iconic theme song, but they also drive the plot in each of the anime’s 22 seasons and many of the franchise’s 122 games.

But since the show premiered in 1997, generations of kids have seen Ash make it to the Pokemon League Tournament only to fall short of first place and the title of Pokemon Master. 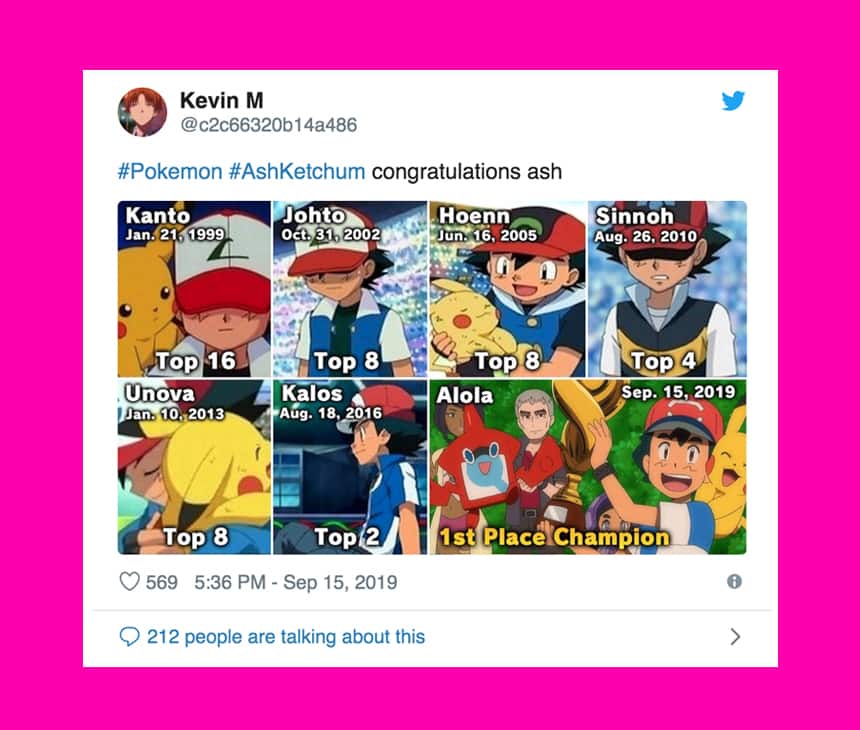 Twenty-two years later, Ash Ketchum (who to the audience’s knowledge is still 10) was finally declared a Pokemon Master in the latest episode of the anime, where he won the Alola Region’s official Pokemon League tournament.

Since the episode, Ash has basically become a posterboy for following your dreams. 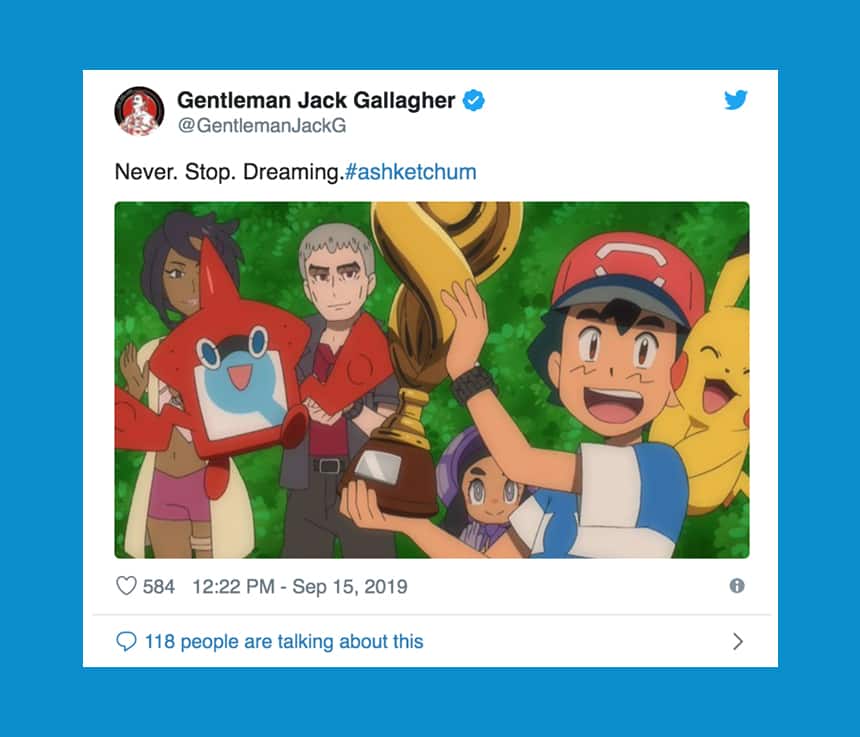 Understandably, many users are also shocked.

After so many years, people started to assume that Ash’s true destiny was just to be a runner-up.

And perhaps he did, too. 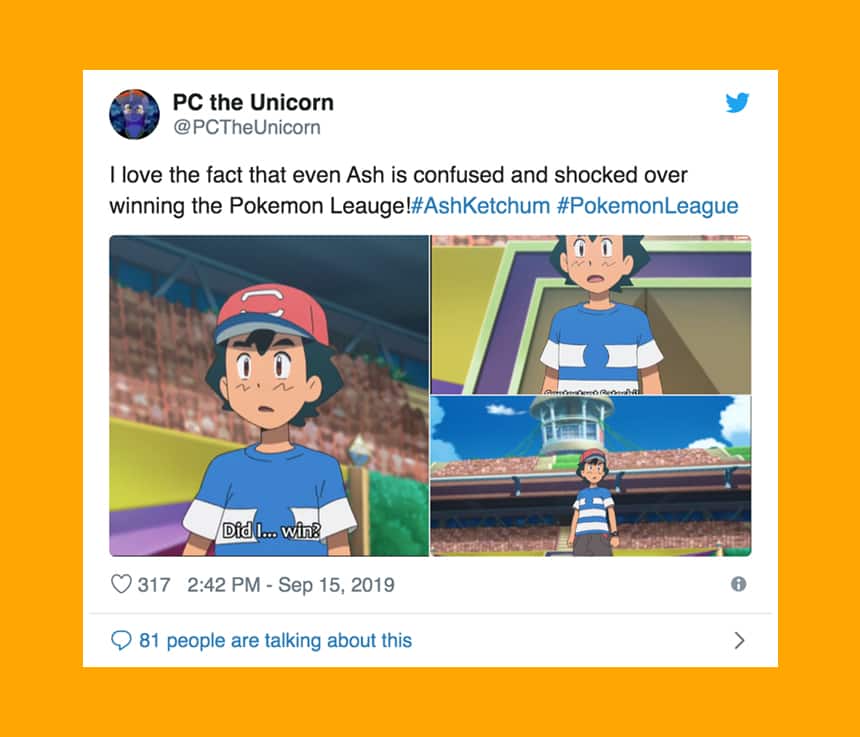 As expected, Ash’s big moment is the perfect target for meme-ification.

Many of the memes have been comparing Ash’s journey to that of Leonardo DiCaprio, who became famous for losing at the Oscars until finally winning the best actor award in 2016 for his role in The Revenant. 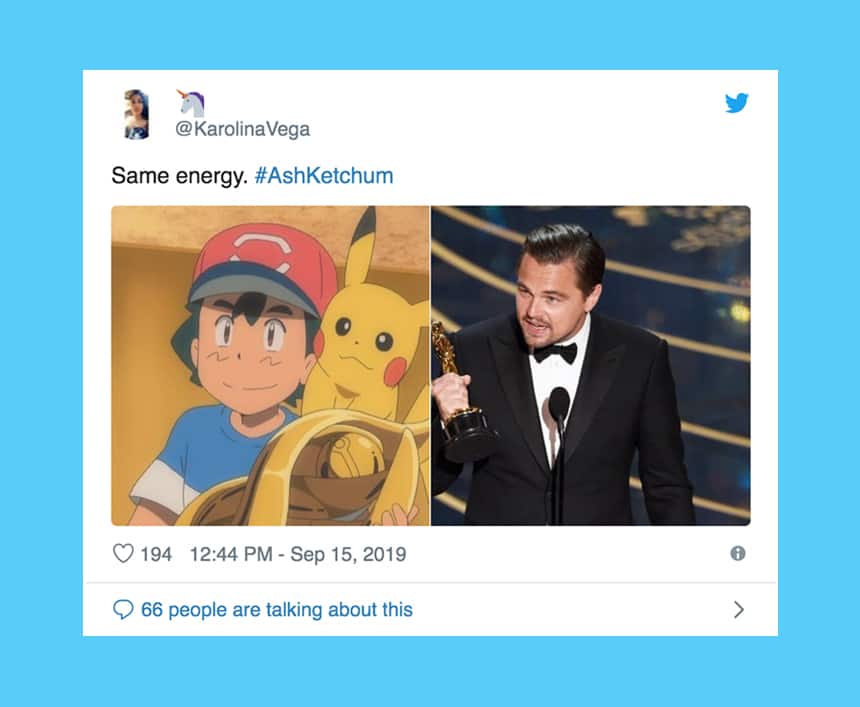 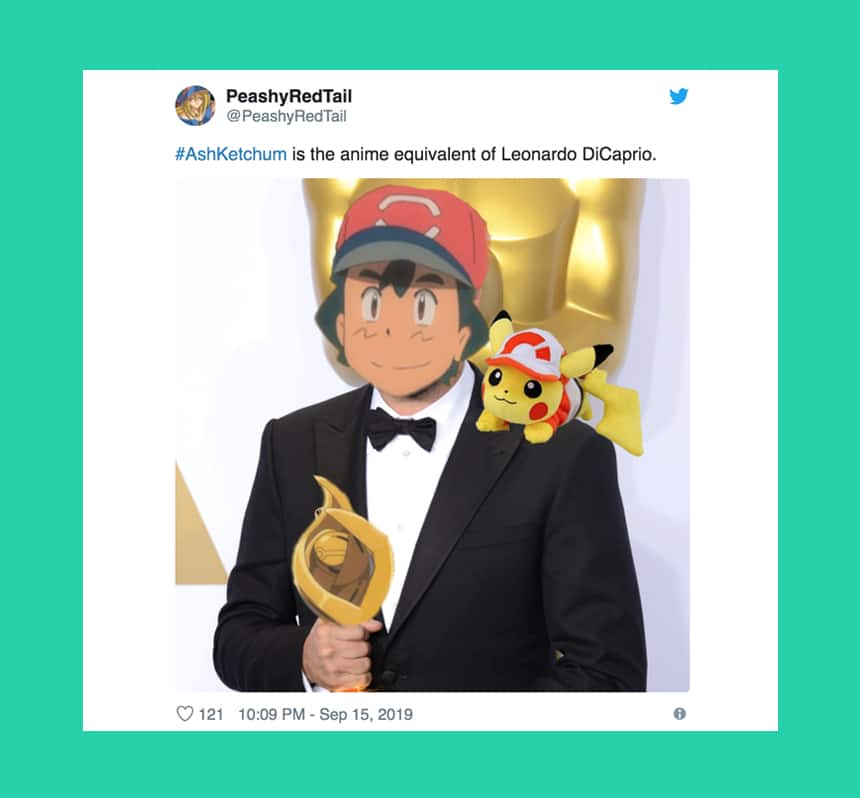 At this point, Ash probably deserves an Oscar, too. Even if they have nothing to do with Pokemon trainers.

But until that happens, the internet's massive congratulations is probably good enough for Ash.