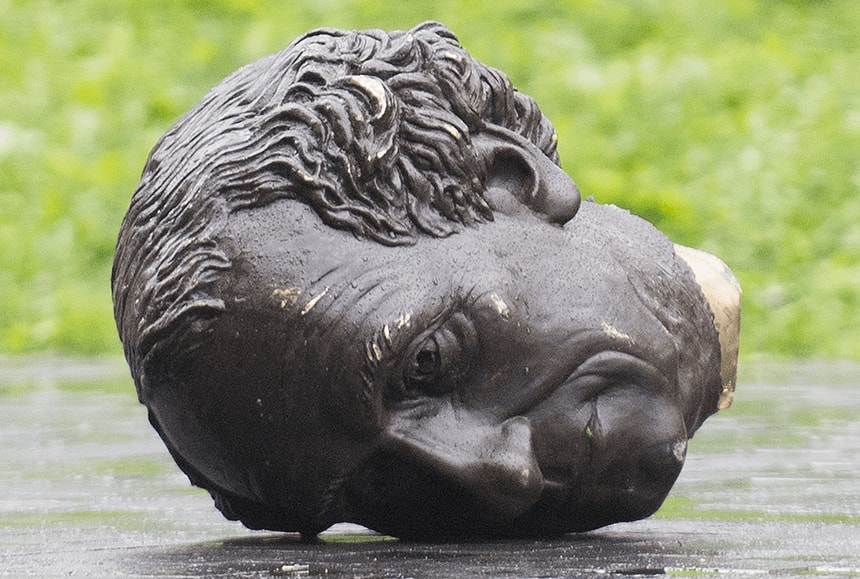 The statue of Sir John A. Macdonald pulled down on Saturday was erected in 1895. Its head fell off after it hit the ground. (Image credit: Graham Hughes/The Canadian Press)

Activists want statues of Sir John A. Macdonald removed. What do you think?

Why was the head of a Sir John A. Macdonald statue lying on the ground in downtown Montreal?

On Saturday, a statue of Canada’s first prime minister was pulled down in Montreal, causing the statue's head to fall off.

The statue was toppled as part of a protest calling on the government to defund police services. 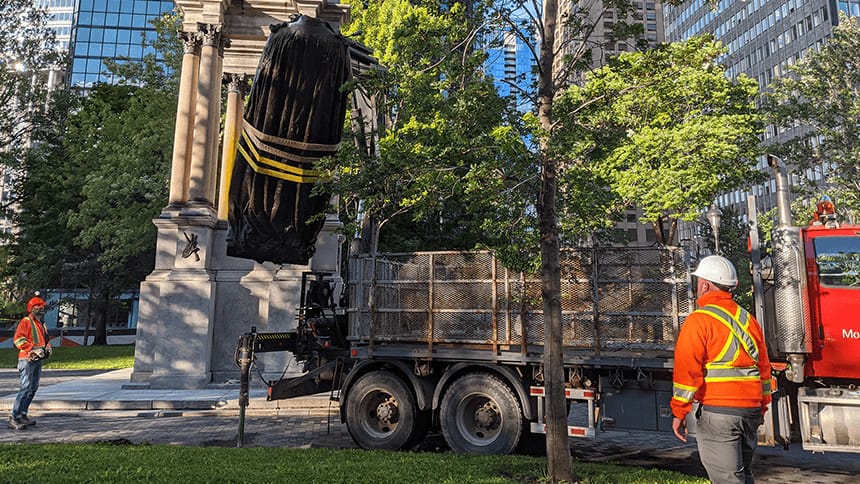 On Sunday morning, the headless statue was removed by crane from Place du Canada. It’s currently being repaired, although its future — including whether or not it will be put back — is uncertain. (Image credit: Mariève Bégin/Radio-Canada)

The protest was part of the larger movement against racism and excessive violence perpetrated by police against Black and Indigenous people.

Not the first, or even the second time

In recent years, statues of Sir John A. Macdonald and other political leaders with racist histories have been targeted by activists all over Canada.

This includes a statue of Macdonald in Kingston, Ont., (Ontario) — where he lived — and one in Charlottetown, among other major cities. 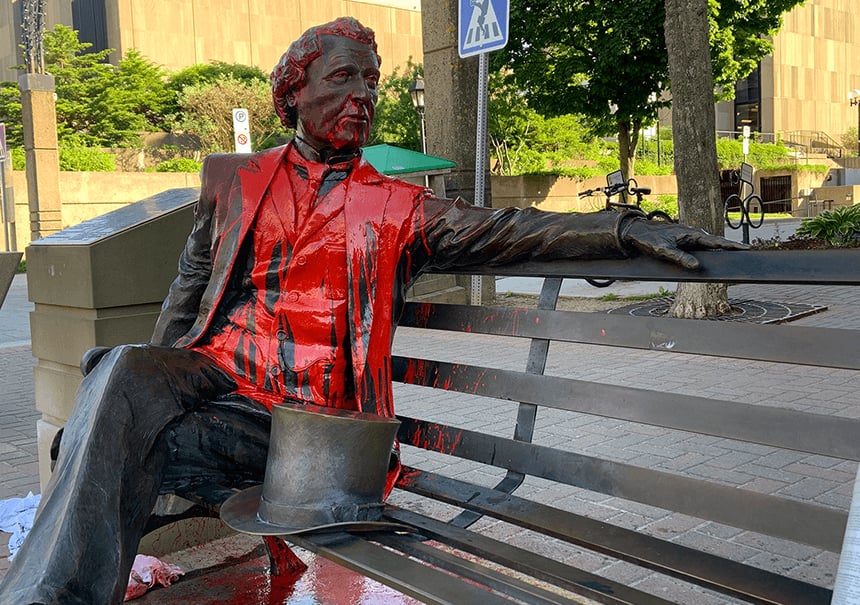 Red paint was thrown on a statue of Sir John A. Macdonald in Charlottetown earlier this summer, following recent public demands for it to be removed. (Image credit: Travis Kingdon/CBC)

It’s also not the first time this particular statue in Montreal has been targeted.

The statue had its head removed in 1992 and it was splashed with red paint multiple times recently.

The attacks were acts of protest in response to the prime minister's controversial history.

Why some want to honour him

Sir John A. Macdonald was Canada’s first prime minister and was a key figure in forming the country.

He was instrumental in Confederation, which unified the British colonies in North America into one country, and created Canada’s first government. 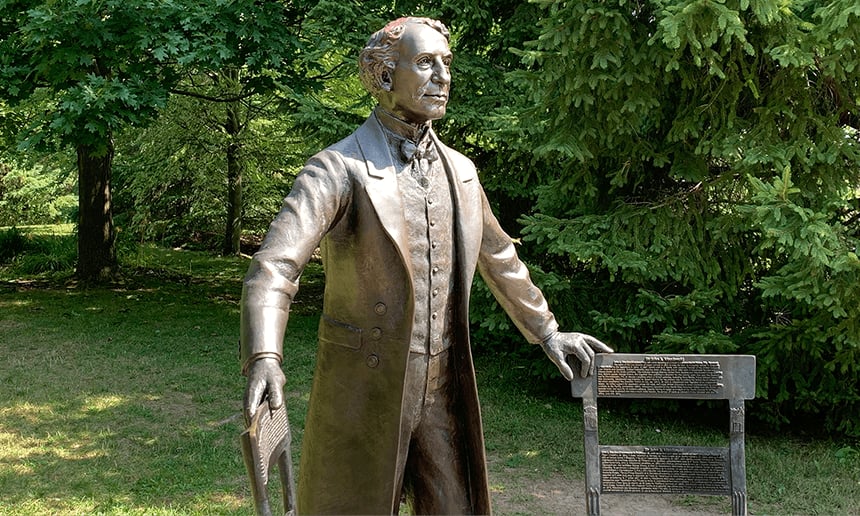 Macdonald also spearheaded the construction of the transcontinental railway that united the fledgling country, encouraged immigration to develop Western Canada and helped develop the manufacturing industry.

Why others say he’s racist

University of Prince Edward Island assistant professor Omeasoo Wāhpāsiw said that although most Canadians are excited about Macdonald’s role in bringing Canada together, it didn’t come without cost.

Some say Macdonald also helped organize the systematic starvation of Indigenous people to drive them onto reserves.

In addition to this and other racist policies toward Indigenous people, Macdonald was instrumental in creating Canada's residential school system. 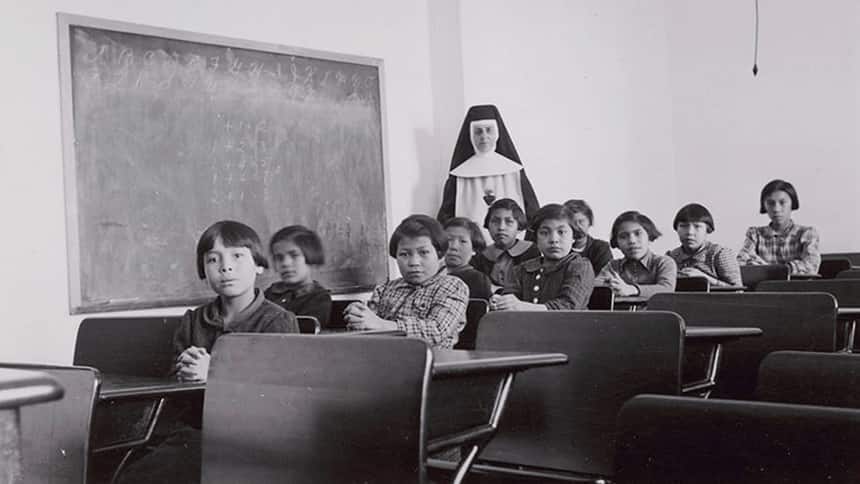 Residential schools operated from the 1870s until the 1990s and attempted to erase Indigenous language and culture. (Image credit: Canada. Dept. Indian and Northern Affairs/Library and Archives Canada/Reuters)

Many Indigenous children were forced to leave their home communities to attend these facilities, where they were largely mistreated and abused.

Thousands of Indigenous kids died in the schools.

In order to limit new arrivals, Macdonald's government passed the Chinese Immigration Act in 1885, which meant Chinese immigrants had to pay a $50 “head tax” to enter Canada.

Macdonald is also criticized for having Métis leader Louis Riel executed in 1885, in part because he resisted the Canadian government’s efforts to take Métis land.

Some are against targeting the statue

Politicians from all corners of Canada have criticized the toppling of the statue, calling it an act of vandalism.

Prime Minister Justin Trudeau argued that statues like this one are important for “recognizing the history of our country,” and said that “acts of destruction are not the best way to advance the fight for equality.” 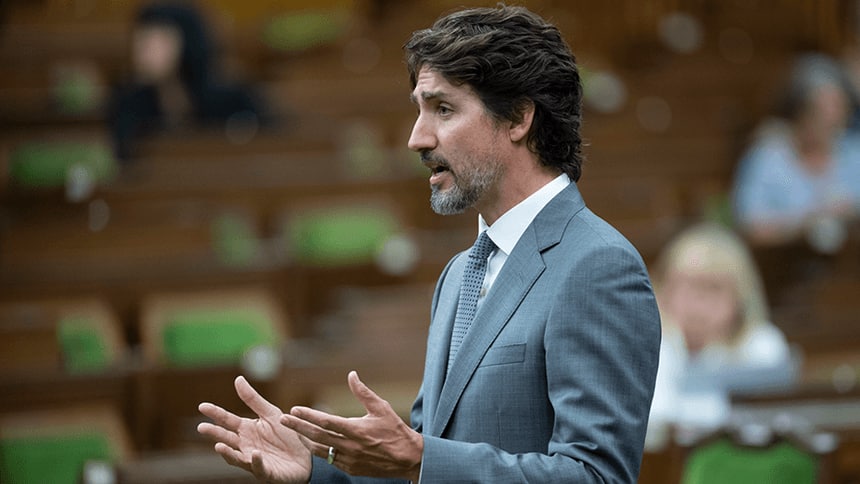 Trudeau said that Canada is a ‘country of laws’ and that vandalism has no place in a society that abides by the rule of law. (Image credit: Adrian Wyld/The Canadian Press)

“He was our first prime minister and I think it's important to recognize the role he played in the creation of this country,” Trudeau said in French.

“I don't believe anyone should break things to make a point and indeed, this was a demonstration about systemic racism and I believe it undermined that discussion,” Miller said.

Some are in favour of protests

Wāhpāsiw said the vandalism creates a strong statement that is hard to ignore.

“[It’s] an important act of protest because it does not physically harm others and makes the point of protest loud and clear,” she said. 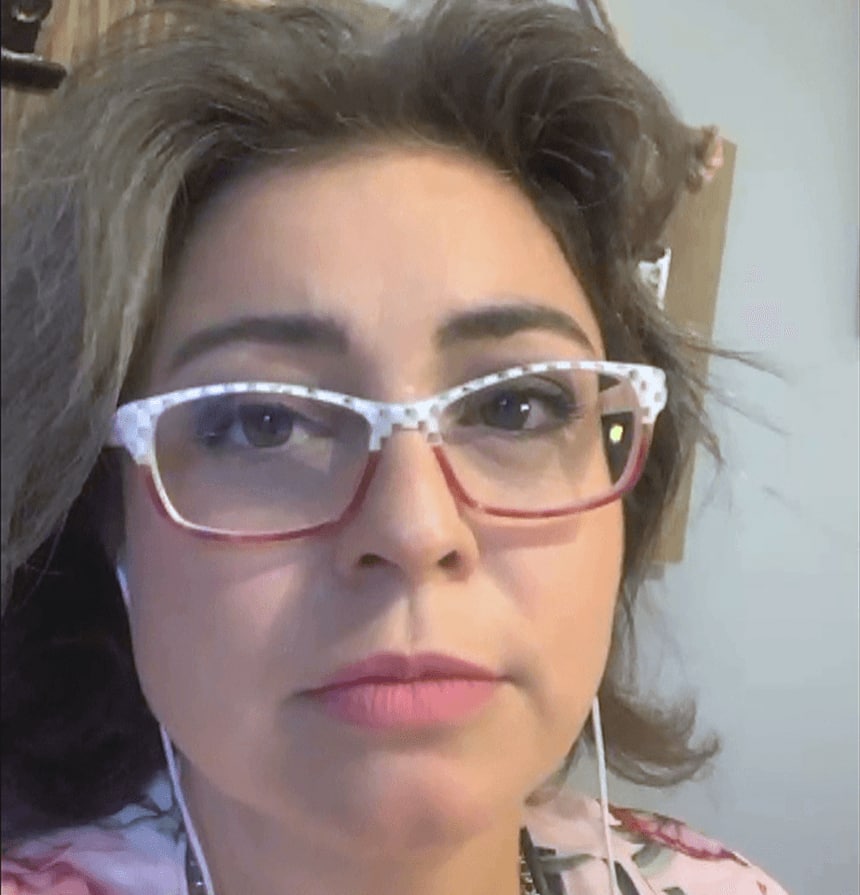 Jessica Quijano, a co-ordinator at the Native Women's Shelter of Montreal who spoke at the demonstration where the statue was pulled down, blamed the incident on a lack of government action despite repeated calls for the statue's removal.

This included a petition with more than 46,000 signatures.

"This is not a man with a clean record, shall we say. And when you have a statue of someone like that without context — and governments are slow to act — then people will take action on their own."

What should happen next?

There are many different opinions about what should be done with these statues.

This form is now closed. You can read other kids' response here.