A downtown Calgary high school on a Wednesday night is not the place you'd expect to find a teen-led theatre production in a festival that features renowned artists from all over the world.

But that's precisely what can be found at Western Canada High School on this cold January evening.

Backstage at the school’s theatre, some Grade 12 students are preparing for the second of a four-night run of their play Revolution or Slumber.

“We aren’t just obsessed with our phones, because it’s bigger than that. It’s about surviving, it’s about giving a planet to future generations.” - Maezy Dennie, stage manager

The play was written by the student cast and crew and it explores the theme of youth empowerment in an age of uncertainty. 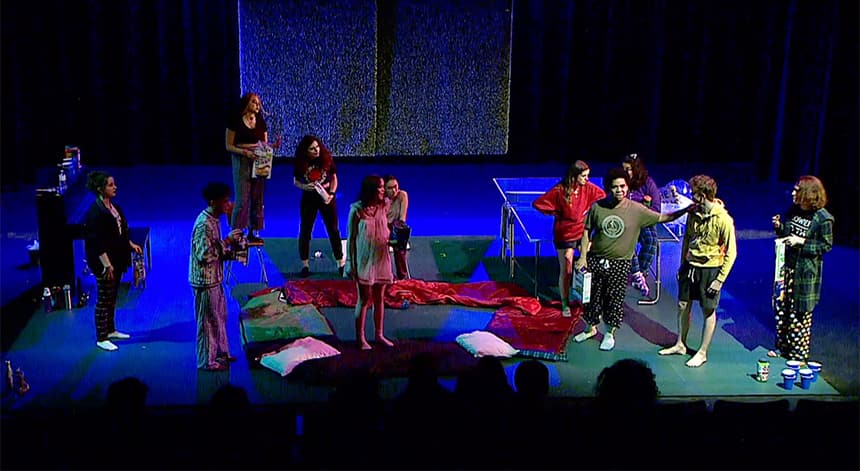 Revolution or Slumber is the third instalment in the Party Trilogy, which was produced at Western Canada High School. The entire play takes place at a sleepover party. (Rebecca Kelly/CBC)

Written by the students

The play is about a group of teens who come together at a sleepover with the goal of saving the world.

“It’s basically about how we have been forced to save the world as this new generation,” said Maezy Dennie, a Grade 12 student and the play’s stage manager. 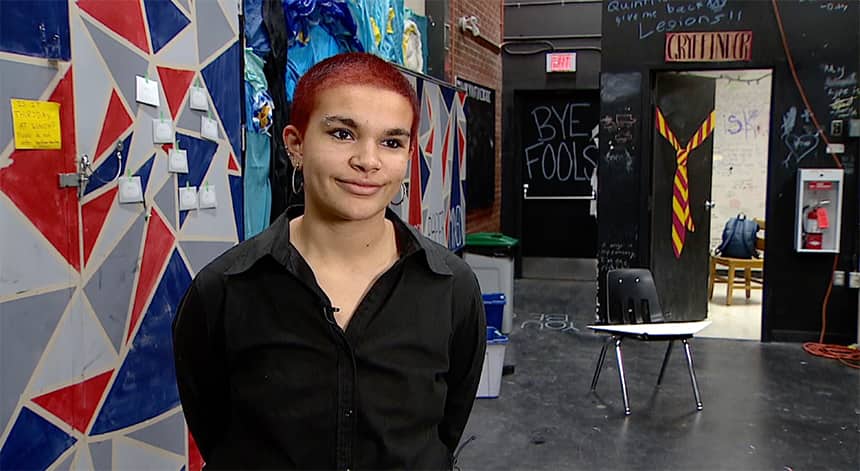 It’s a form of devised theatre, which is a technique of theatre in which the script is created through collaboration and improvisation involving a group of people.

Avery Chapman, a Grade 12 student and actor in the play, described what that was like:

“It was a collaborative project between the students and the director that took place over the course of five months," Avery said.

"We were given prompts, ideas and writing guidelines and we wrote monologues, poetry and bits of dialogue … which was then cut down and re-edited into the script we have today.” Avery Chapman was one of the actors and writers of Revolution or Slumber. (Rebecca Kelly/CBC)

Trying to save the world

Over the course of the sleepover party, 11 students try to come up with a revolution that will fix major issues in society such as climate change.

Their goal is to save the planet from those who won’t do anything about it.

The play explores the idea that older generations are failing this world and it’s up to the younger generation to become aware, protest and take action.

“Often we get squashed down because we’re ‘just teenagers’ and we’re ‘obsessed with boys’ and ‘snapchatting,’” said Maezy.

“I hope that the audience sees that we care, that we aren’t just obsessed with our phones, because it’s bigger than that. It’s about surviving, it’s about giving a planet to future generations.” 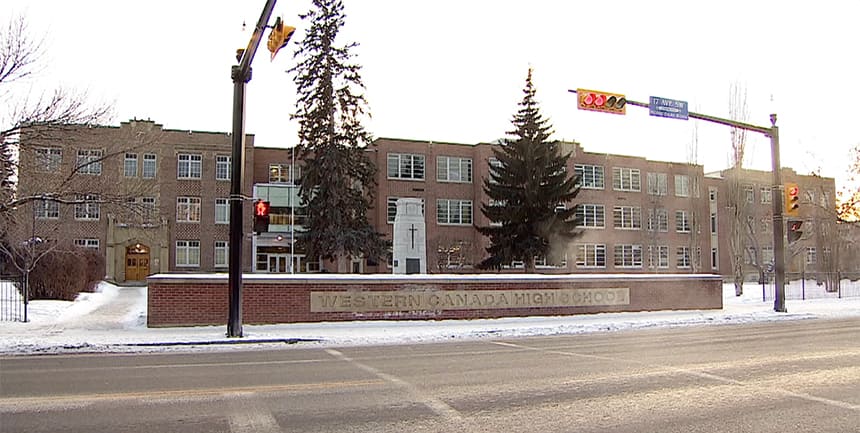 Western Canada High School has a long tradition in the dramatic arts, and was one of the first high school drama programs to exist in Western Canada.

“We have a history of really amazing theatre artists and quite an incredible list of alumni,” said Caitlin Gallichan-Lowe, the school’s drama teacher and director of the play.

Among the notable alumni was High Performance Rodeo co-founder Michael Green. He died in a car crash in 2015, but the school’s connection to the festival remained close.

Not your average rodeo

Blake Brooker, also co-founder of High Performance Rodeo, saw the second play in the school’s Party trilogy and, according to Gallichan-Lowe, was impressed.

Brooker “took a chance on us” and offered to include the third and final play in the festival, she said. 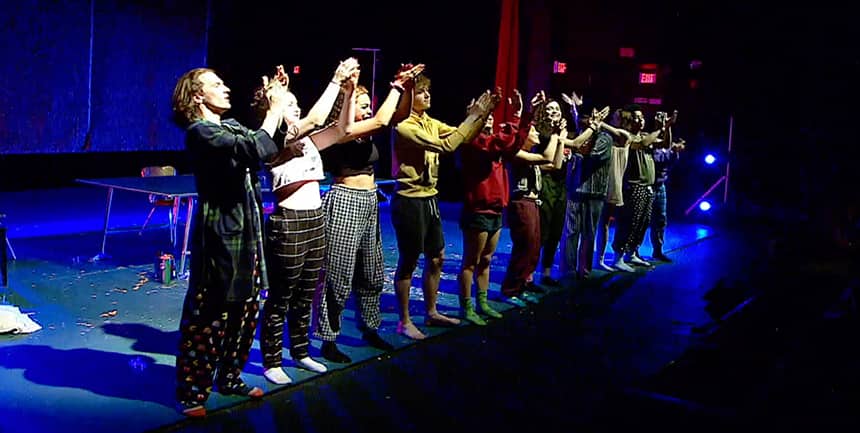 The play had a four-night run as a part of the High Performance Rodeo. (Rebecca Kelly/CBC)

The first play in the trilogy was produced in 2011, and there was no concrete timeline for when the other two would be made.

Gallichan-Lowe waited for a special group of students that she felt could pull it off.

“They’re so talented and brave and smart and they have so much compassion,” she said, “I’m so humbled by them every day. I’m so grateful. It’s an amazing thing to be around these people.”

But it’s not just their teacher who recognizes how special this group is. They see it in each other as well.

“These people are wonderful,” said Avery.

“They’re all so creative and bright and brilliant and it is just a constant inspiration to come in and work with them every single day.”

And although the play’s run is over, the students themselves are just getting started.

“There are people here who are going to seriously make it big,” Avery said.

“I want to write, I want to create,” said Maezy. “[I want to] keep sending messages and keep making magic.”