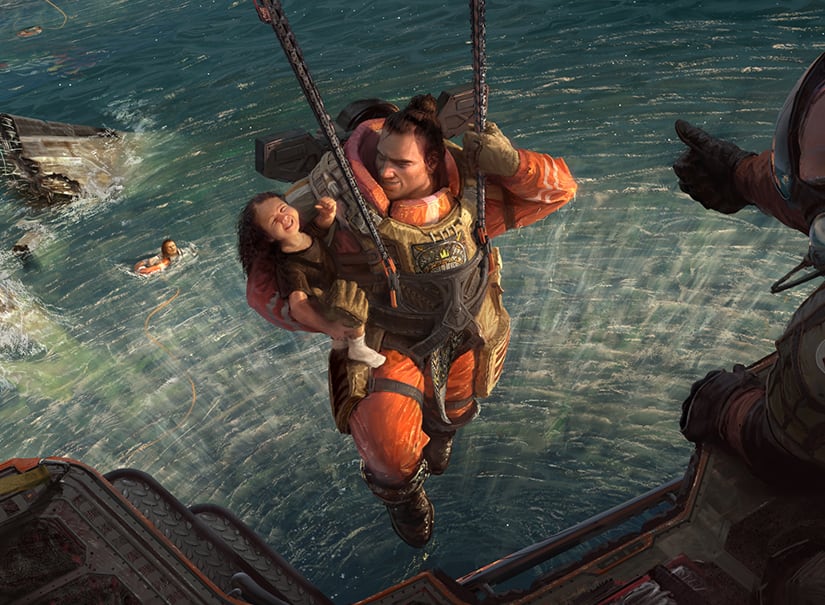 It took only one month for Apex Legends to register 50 million players compared to Fortnite, which took about four months. (Apex Legends)

In the ongoing battle royale between Apex Legends and Fortnite, the former has just scored a major point.

The free-to-play first-person shooter game, which was released by Electronic Arts on Feb. 4, now has 50 million registered players.

The man in charge of the company that developed the game, Respawn Entertainment CEO Vince Zampella, made the announcement on Twitter on March 4.

That sparked a conversation online about how long it took Fortnite to reach the same milestone. 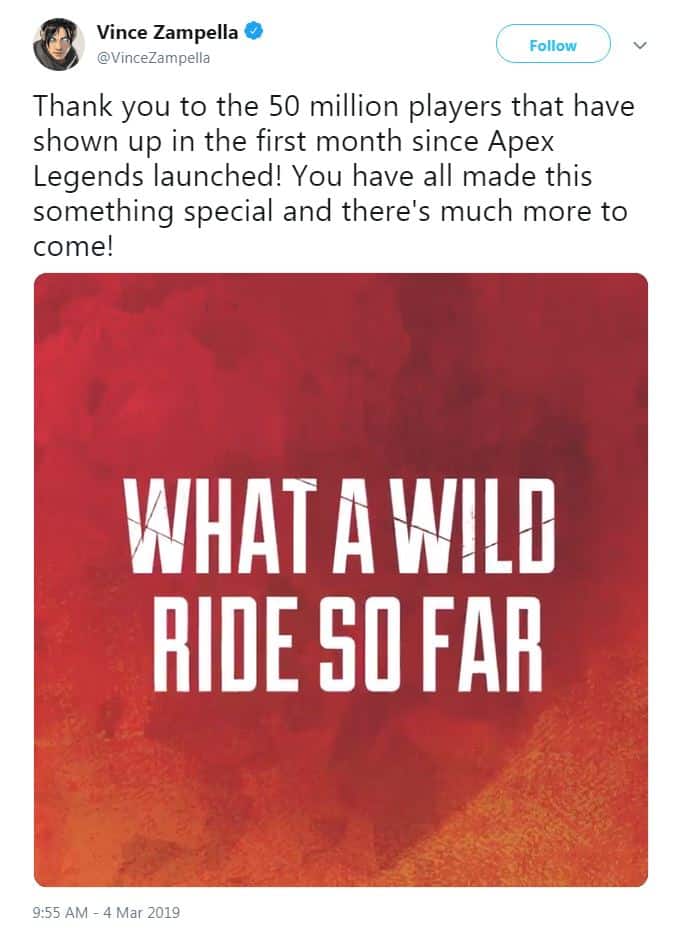 According to Roundhill Investments, which tracks the esports industry for those who hope to make money off it, Apex Legends is growing faster than Fortnite did.

It took 28 days for Apex Legends to register 50 million players.

It took Fortnite around four months to reach that same goal. 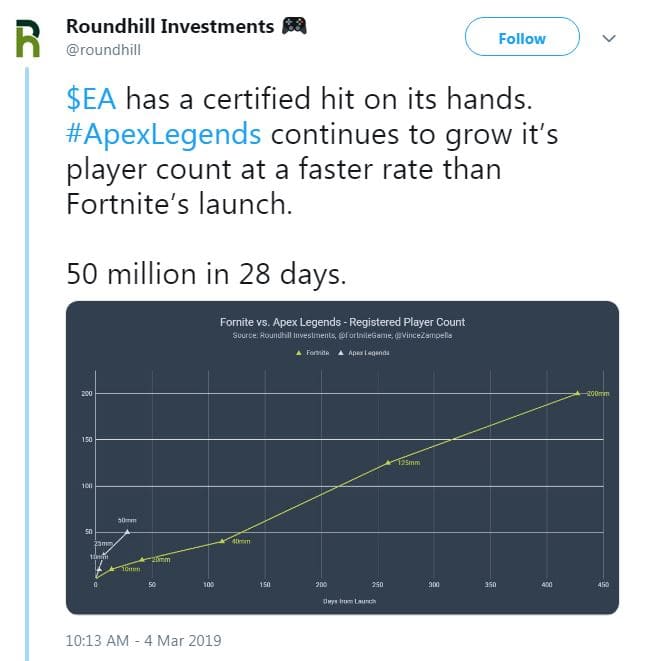 Still, Apex Legends has a ways to go before it can catch up with Fortnite, which announced it had registered 200 million players in November 2018.

Apex Legends hasn’t even released its Season 1 battle pass yet, so it remains to be seen whether the game can continue to grow at such a fast pace.

Some players appear to be getting a bit impatient with Apex Legends’s developers.

Zampella was quick to respond to their concerns on Twitter: 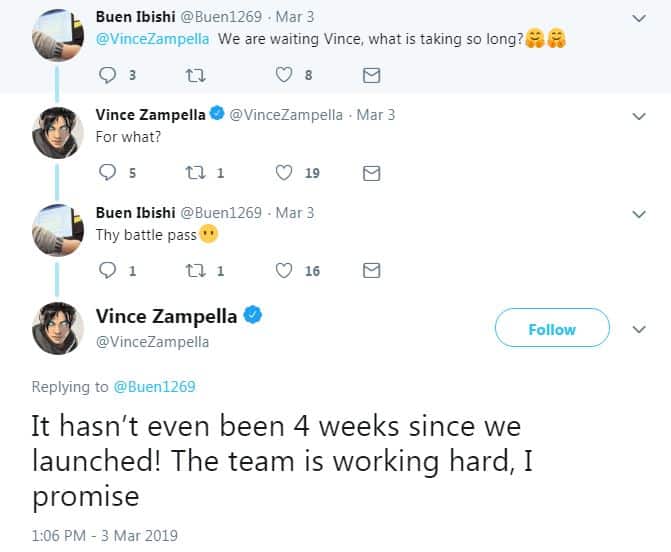 Although a release date hasn’t been announced for the Season 1 battle pass, it’s expected to drop some time in March.

That includes all kinds of new features in Fortnite Season 8, including a buried treasure map. 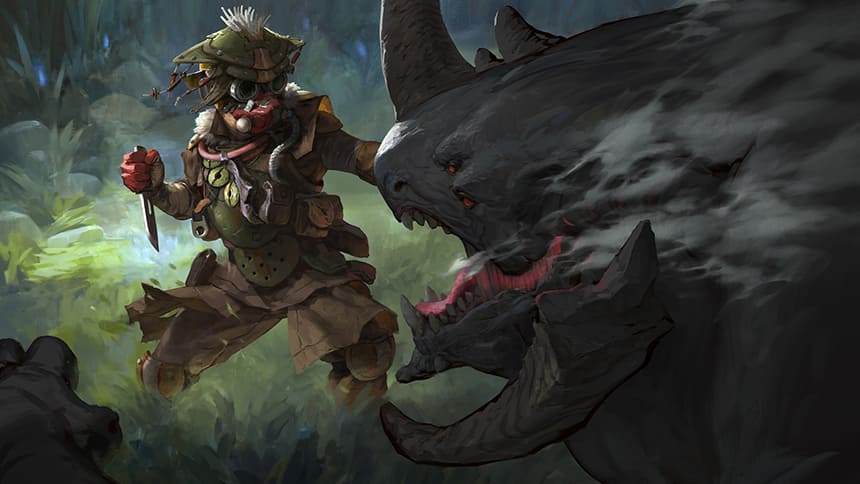 Apex Legends, which now has 50 million registered players, still has a ways to go to beat Fortnite, which has more than 200 million players. (Apex Legends) 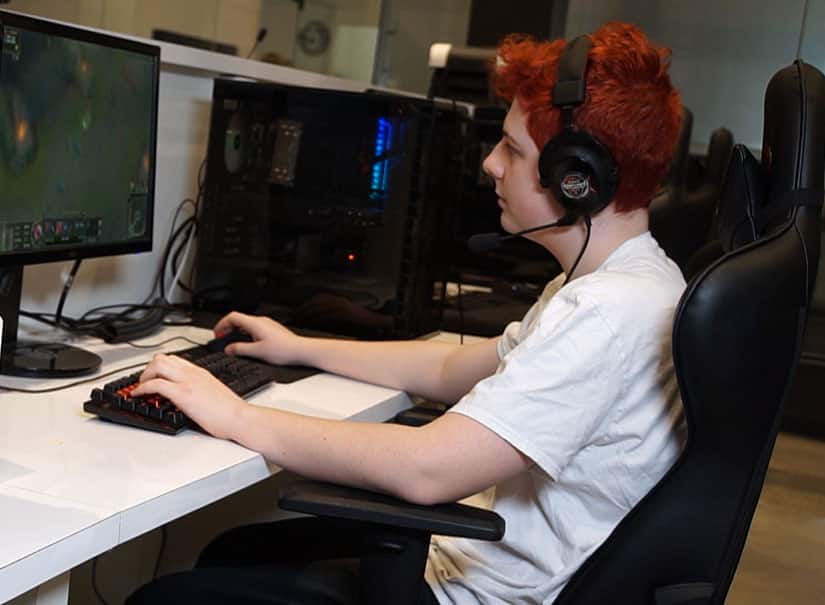