TikTok is fun, but what about dangerous challenges, censorship and security concerns? CBC Kids News reviews some of the criticism. (AFP via Getty Images)

TikTok has been getting a lot of attention over the past year — and not necessarily for good reasons.

On the one hand, the video-sharing app has attracted a lot of new users who use the platform to express their creativity and build a following.

On the other hand, the app has received some bad press for everything from promoting dangerous challenges to allegedly censoring creators.

Here’s a quick recap of some of the concerns that have come up in the past year: 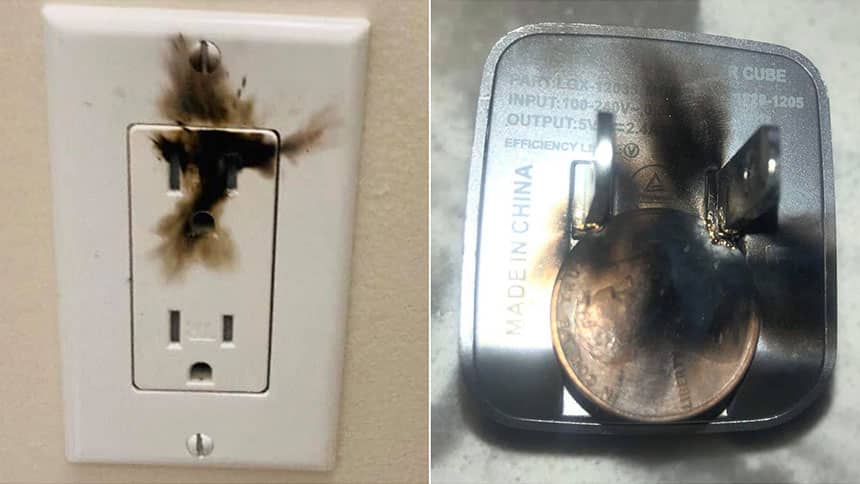 This socket was damaged after a kid in southern Alberta tried the penny challenge. An electrician later told his family the prank could have started a fire in the walls. (Starla Dawn/Facebook)

Dangerous viral challenges are nothing new, but a couple of new ones have been circulating on TikTok in recent weeks — and kids are getting hurt.

The penny challenge, which involves dropping a penny between a phone charger and the wall plug, has been blamed for starting fires.

Then there’s the skullbreaker challenge, which involves tripping somebody so that they fall and smack their head on the ground, possibly causing serious injuries. 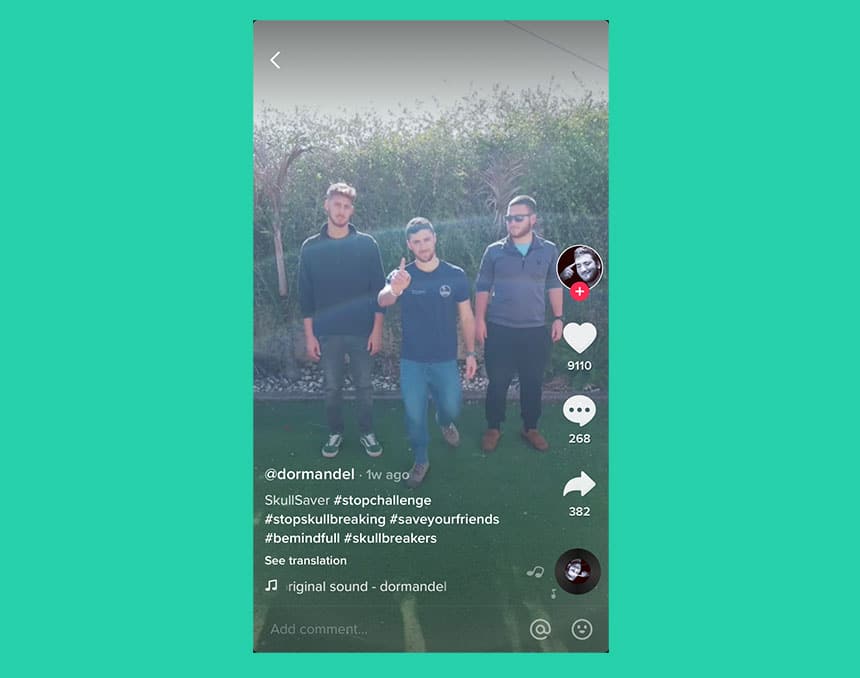 In this #stopskullbreaking video, posted by TikTok user Dor Mandel, he wags his finger at the camera instead of taking the challenge. (@dormandel/TikTok)

“This isn’t a TikTok problem,” Phillips said. “This is a kid that did a stupid thing.”

TikTok spokesperson Raymond Fang said the safety of users is a “top priority.”

That’s why TikTok’s community guidelines make it clear that the platform does not allow content that “encourages, promotes or glorifies” dangerous challenges. 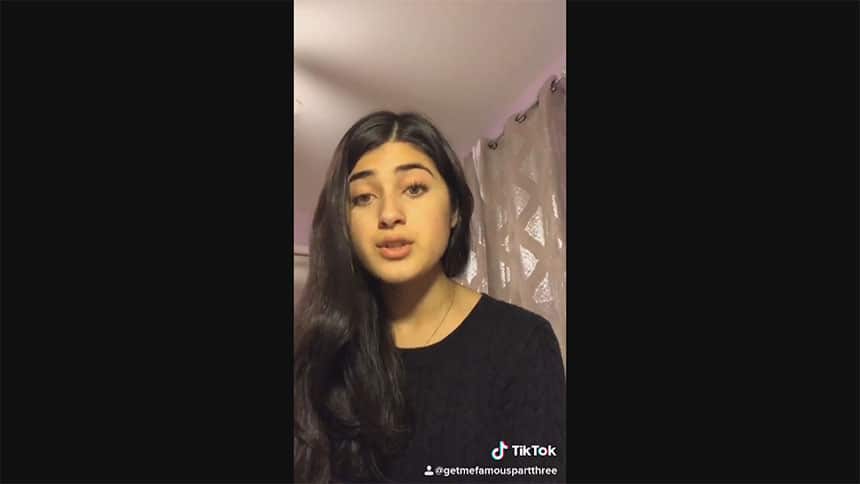 Feroza Aziz, a 17-year-old girl from New Jersey, alleged that TikTok censored her video post that brought attention to Uighur internment camps in China. Uighurs are a Muslim community based in north western China. (@x_feroza/TikTok)

This past November, concerns about censorship on TikTok surfaced when Feroza Aziz, a 17-year-old girl from New Jersey, posted a political video disguised as a makeup tutorial.

The American teen claimed her video, which brought attention to Uighur internment camps in China, was temporarily made unavailable by TikTok after it was viewed more than 1.5 million times.

Uighurs are a Muslim community that’s based in northwestern China.

Feroza accused TikTok, which is owned by a Chinese corporation based in Beijing called ByteDance, of censoring posts based on the wishes of the Chinese government.

In a statement, TikTok said her video was accidently removed because of a “human moderation error” and was made available less than an hour later, when another staffer caught the mistake. 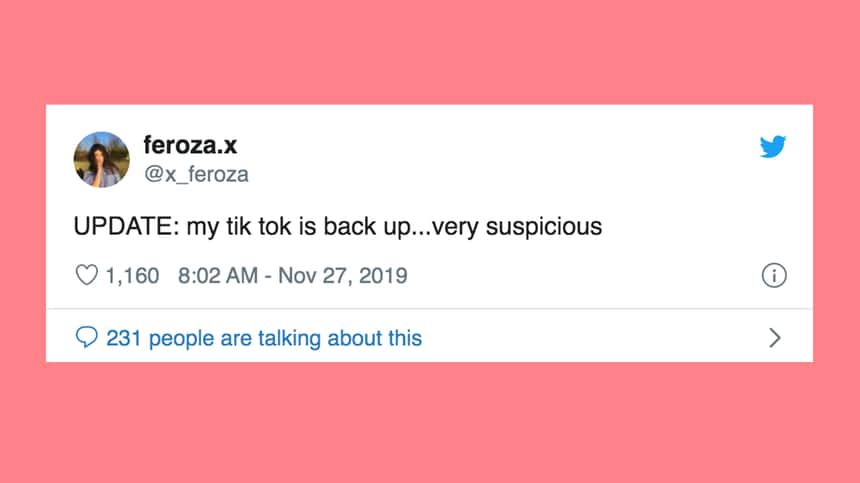 The video “should not have been removed,” TikTok said.

In December, a German website called Netzpolitik reported that TikTok used to hide content from disabled, LGBTQ and overweight creators.

When CBC Kids News asked Tik Tok about this, spokesperson Hilary McQuaide said the company did implement such a policy, but only temporarily, “in response to an increase in bullying.”

“While the intention was good, the approach was wrong,” McQuaide said.

She added that TikTok has dropped that policy in favour of a new approach, which includes reporting and blocking bullies. 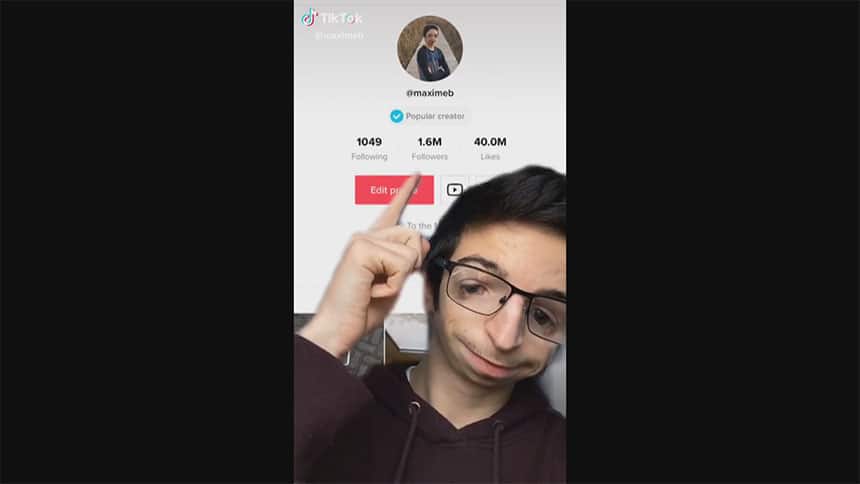 Maxime Beaulieu is a popular Canadian TikToker who lives with Treacher Collins syndrome. He says the app has helped him become more confident. (@maximeb/TikTok)

Last February, TikTok had to pay a big fine in the U.S. for collecting personal information from kids under 13.

Then, in October 2019, the U.S. government launched an investigation into ByteDance over concerns about how the data gathered on TikTokers of all ages is being used.

U.S. senators have said they were worried the information could be used to spy on Americans and influence political decisions.

In a statement posted in October 2019, TikTok said information saved on the app is secure. 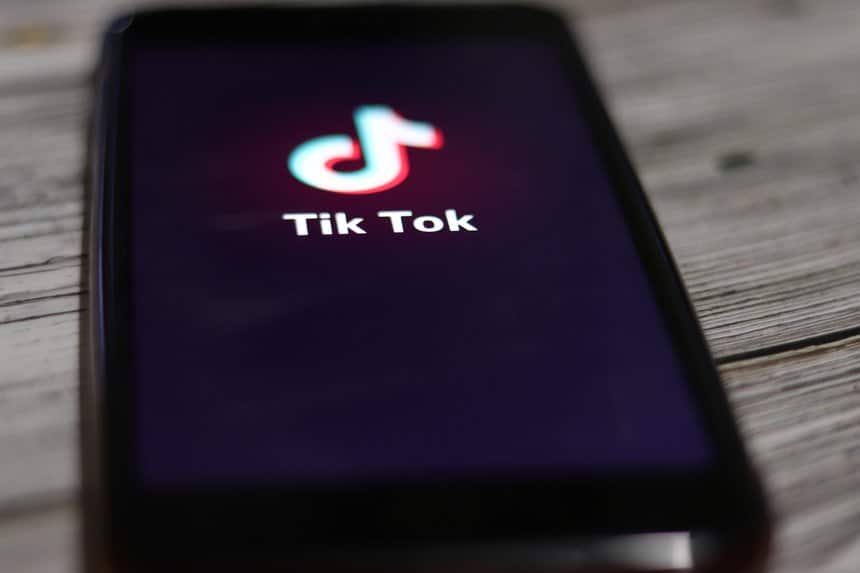 TikTok says data collected from American and Canadian users is secure because it isn’t stored in China. (Postmodern Studio/Shutterstock)

According to its community guidelines, TikTok is “deeply committed” to child safety and has “zero tolerance” for behaviour that could lead to child abuse or sexual exploitation.

Still, Alex Hern, U.K. technology editor for the Guardian, said that’s a concern with many social media platforms, including TikTok.

TikTok has a reputation for being a place where teen girls can “receive creepy to actively upsetting messages from older men,” Hern said.

He said the platform has become safer for kids thanks to a feature that allows users under 13 to view videos but not share them.

That option isn’t available in Canada, where you have to be 13 to open a TikTok account. 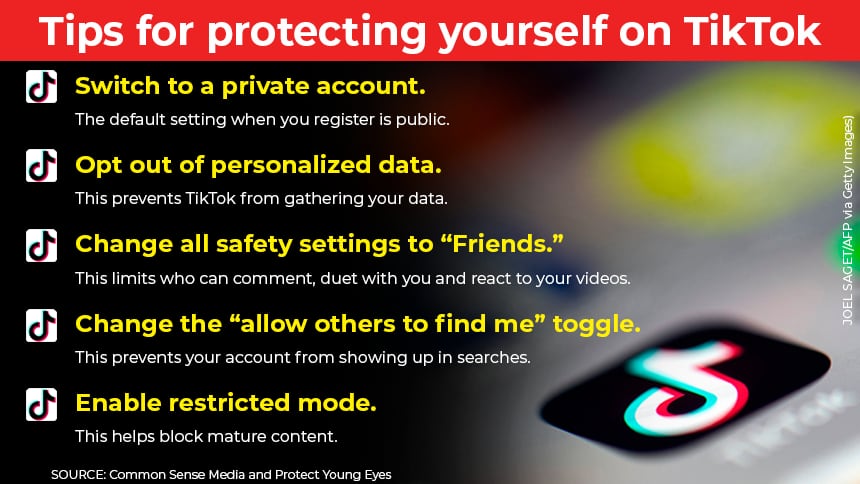 On Feb. 19, TikTok announced a new feature called family safety mode, which allows parents to link to their teens’ accounts in order to curb their screen time, limit direct messaging and restrict some content.

That feature is currently available in the U.K. and is set to launch in other countries soon, according to a press release from TikTok.

CORRECTION: In an earlier version of this story we said that the Uighurs are a Muslim community based in southern China. In fact, the community is based in northwestern China. 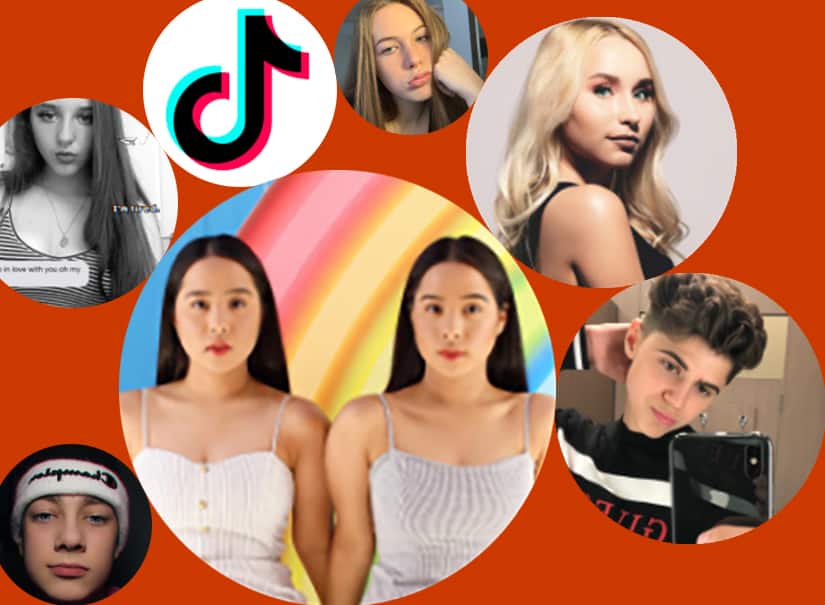