Why pink triangles are special 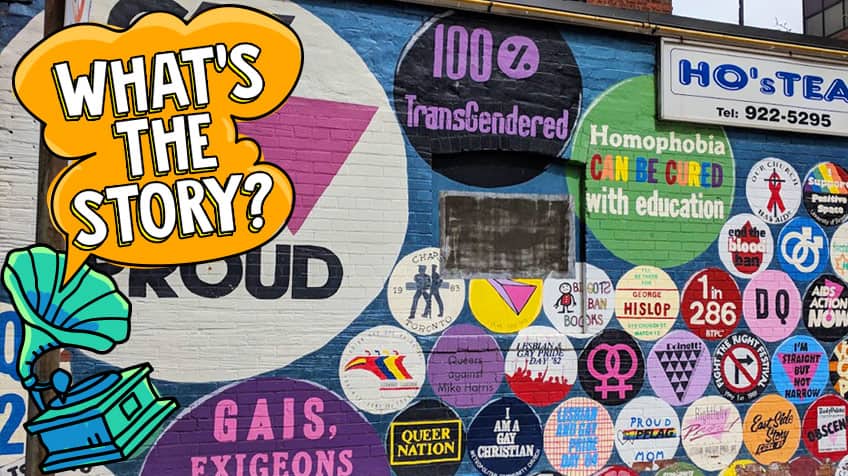 Did you know that there are pink triangles all around you? Next time you’re at school, or out for a walk, keep your eyes open. You might spot a pink triangle on a T-shirt, on a poster at school, painted on a wall, printed on a protest sign, in art at a gallery and even tattooed on a grown-up’s skin. You’ll be surprised by how many you will see!

Where did the pink triangle come from?

Pink triangles are seen as positive today, but they used to be symbols of hate against the gay community (men who love men, women who love women — and many other people, as the community continues to grow).

You may have heard of Adolf Hitler and the Nazi regime of Germany. They were the people in charge of Germany from 1933 to 1945 during World War II. They killed many people they didn't like — including Jewish and gay people — just because they didn't look or act like them. Like many who were captured by the Nazis, gay people were forced to wear uniforms that featured several symbols and numbers. Gay people wore uniforms that included a large upside-down pink triangle patch referred to as rosa winkel (German for pink triangle).

What gay people experienced in Nazi Germany is, among other things, homophobia. You may have heard this word before at school — or maybe you've seen it on a poster that said something like, "Stop Homophobia." Homophobia means not liking someone just because they're gay. 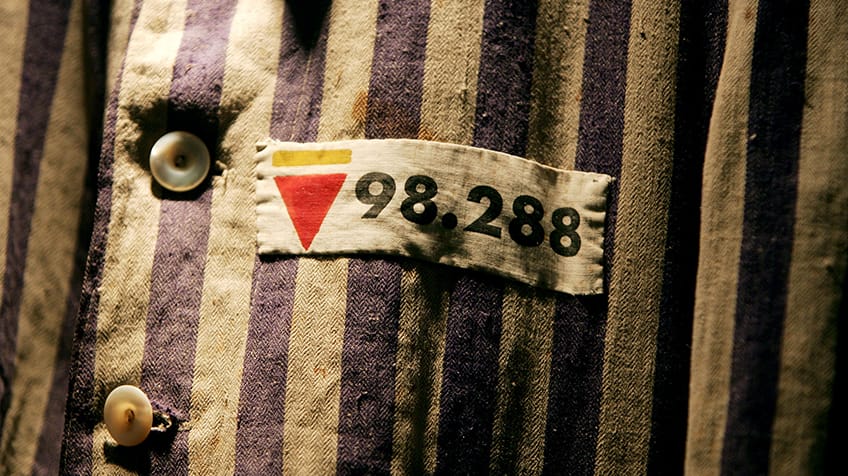 This Auschwitz prison uniform a pink triangle, meaning the prisoner was accused of being homosexual. Ian Waldie/Getty News Images

Up until 1969, long after the war had ended, it was still against the law to be gay in Germany. In fact, many gay people had to go back to jail right after escaping the Nazis — just for being themselves.

How did it become a positive symbol?

In the early 1970s, gay groups around the world used the pink triangle to remind everyone that gay men and women existed and were still being treated poorly. This was positive because gay people now had the power to choose how and when to be seen.

Then, in the ’80s and ’90s, there was an unknown illness we now know as AIDS that led to many deaths in the gay community. In 1987, an American activist group ACT UP and a group of artists called Gran Fury used a pink triangle with the slogan “Silence = Death” on posters and T-shirts (it was also included in artwork) as a way of letting people know that the AIDS crisis wasn’t getting enough attention from doctors and world leaders. 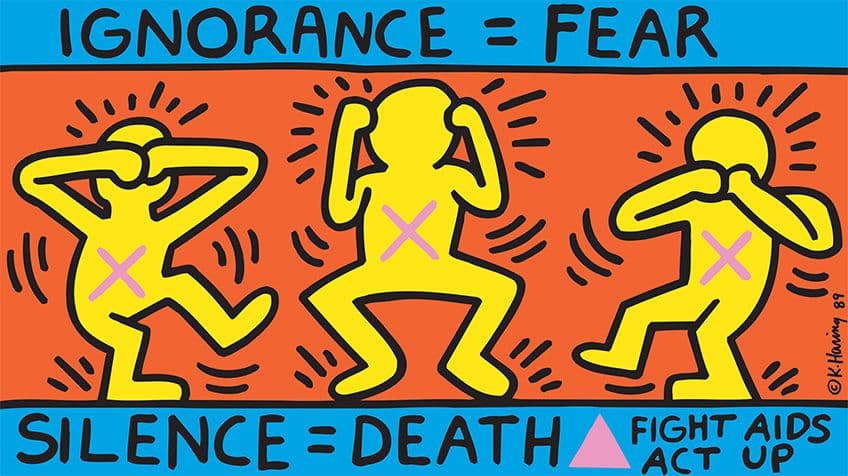 By flipping the triangle, the artists were changing a symbol of hate into a symbol that would help the group stay visible (easily seen) in a good way. It took time to get doctors and world leaders to listen, but after a lot of hard work, the group was seen and heard and was able to work with doctors to help treat the sick and save lives with new medicine.

What does the pink triangle mean today? 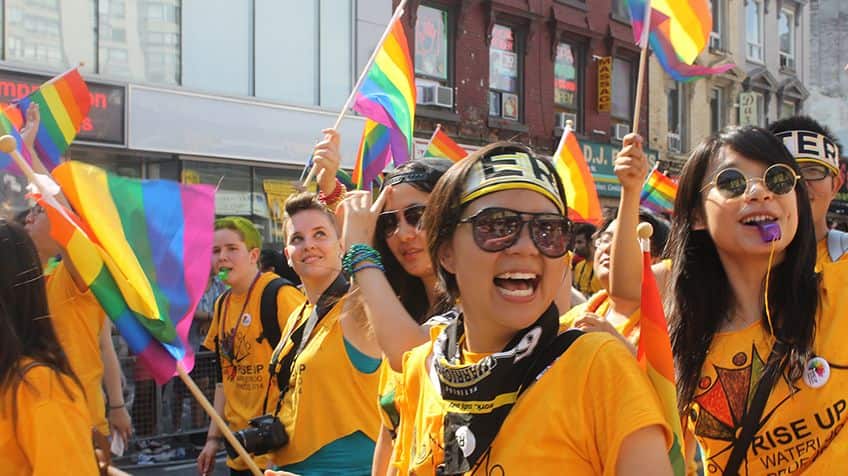 A pink triangle today is a symbol for pride (loving yourself), protest (fighting for what you believe in) and community (friends and family) — more specifically, the gay community. So, it means a whole lot! 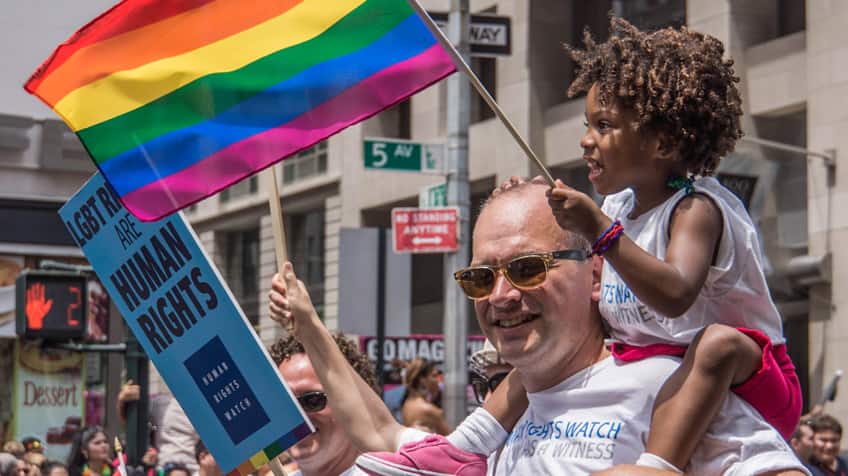 Where to spot pink triangles?

Some will wear a T-shirt with a pink triangle on it to remember people they knew who died during the ’80s and ’90s (when some of your parents were born!).

If you see a pink triangle sticker on a door, or on a school poster (sometimes it’s rainbow-coloured!), this often means a place is a positive space where anyone is welcome, no matter who you are or what you look like. 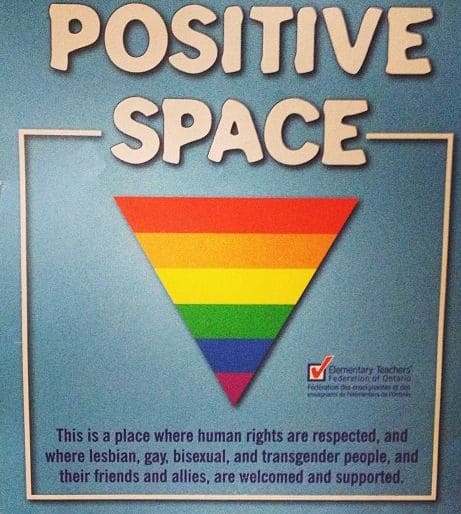 Art that has a pink triangle in it — like graffiti on a brick wall or a famous painting in an art gallery — can be a way for an artist to remind people that life hasn’t always been easy for gay people, and that the community continues to fight to be accepted by people who aren’t like them. 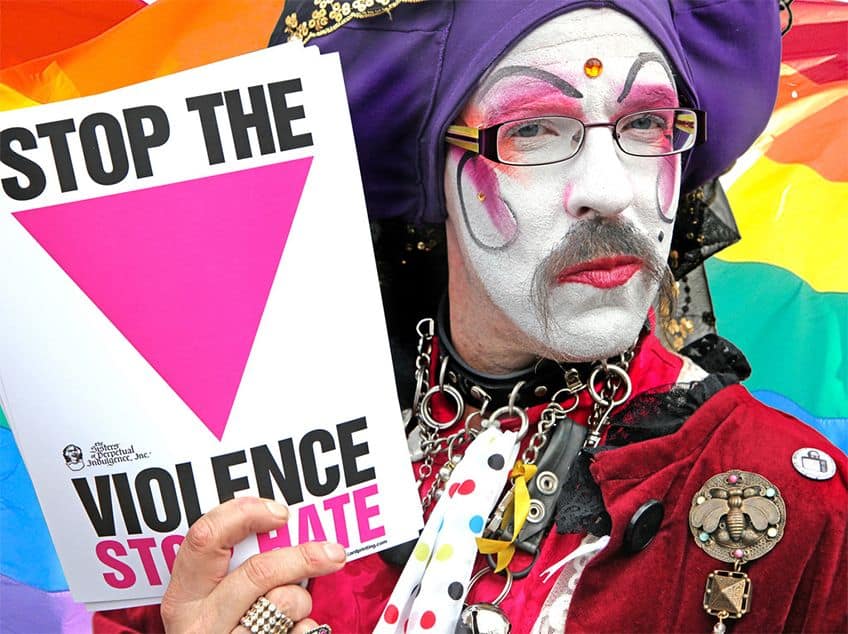 Often these reminders are happy ones, because it means that the community has fought and won. In 2002, the German government issued an official apology to the gay community. In 2005, Canada made same-sex marriage (for example, two men getting married) legal. 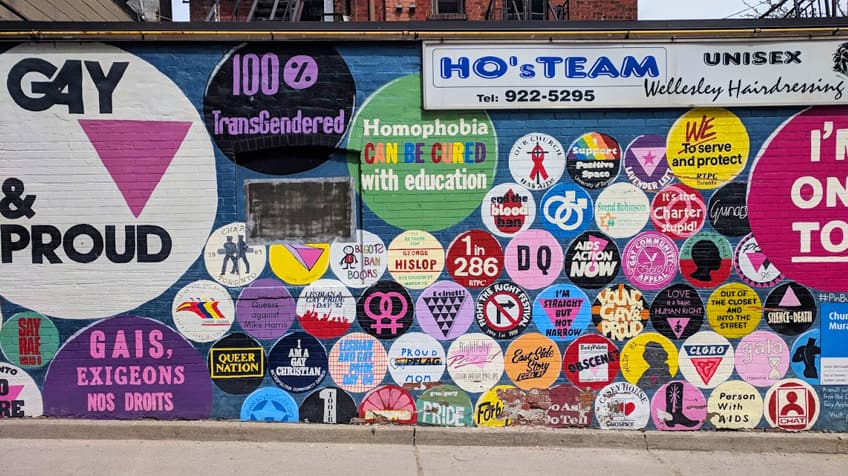 How many pink triangles do you spot in this mural found in Toronto's gay village? Photo by Kevin Naulls

Now that you know more about them, where have you seen a pink triangle? 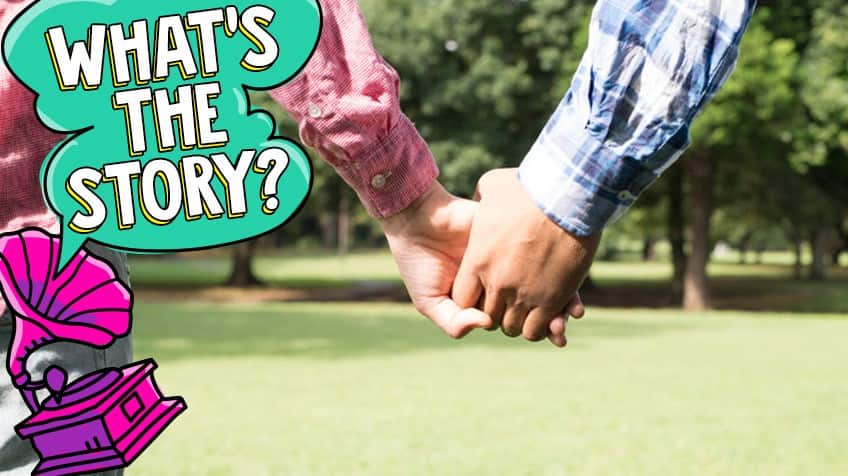 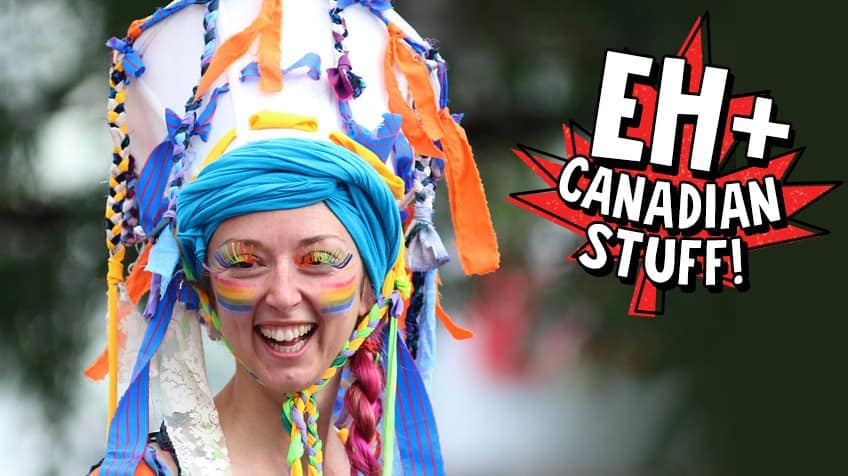 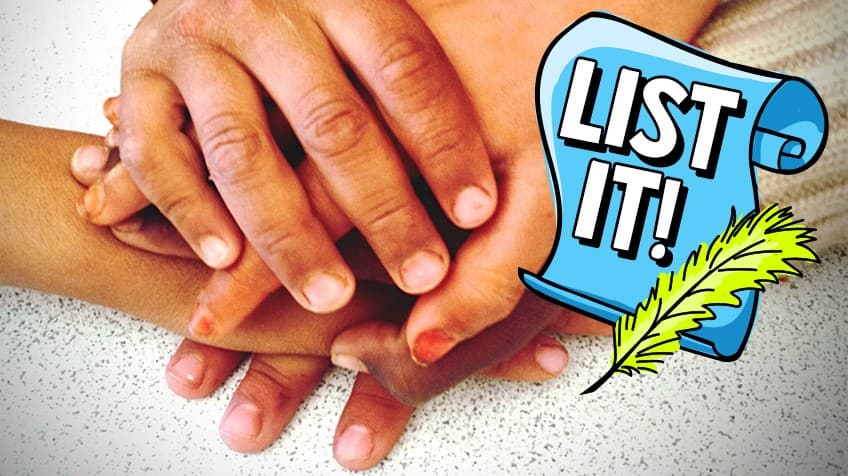 LGBTQ 101
How to support your LGBTQ friends and family