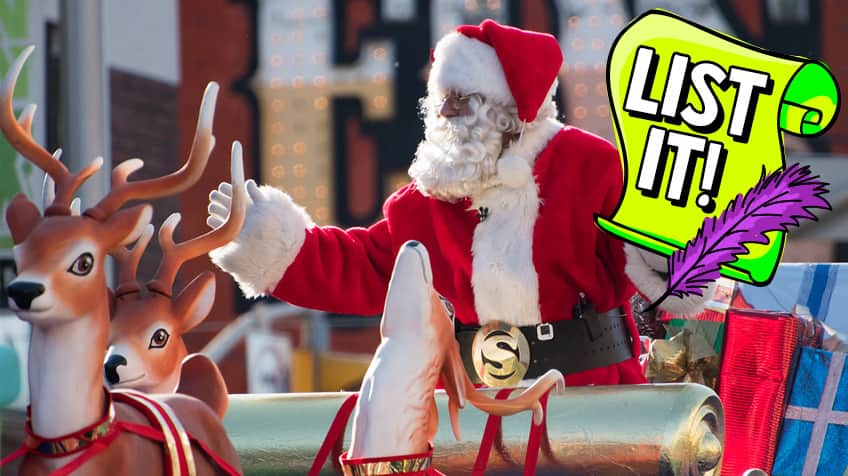 Santa Claus and his reindeer. (Photo credit: Randy Landicho on Visualhunt.com / CC BY)

It's the holiday season. You know what that means — the Toronto Santa Claus Parade is coming! But this year's a teeny bit different.

Not to fear, because it's still going to be a great parade. And there are still some fun things you can do to enjoy the parade from the comfort of your couch (or couch fort!).

TV or streaming — how will you watch the parade? 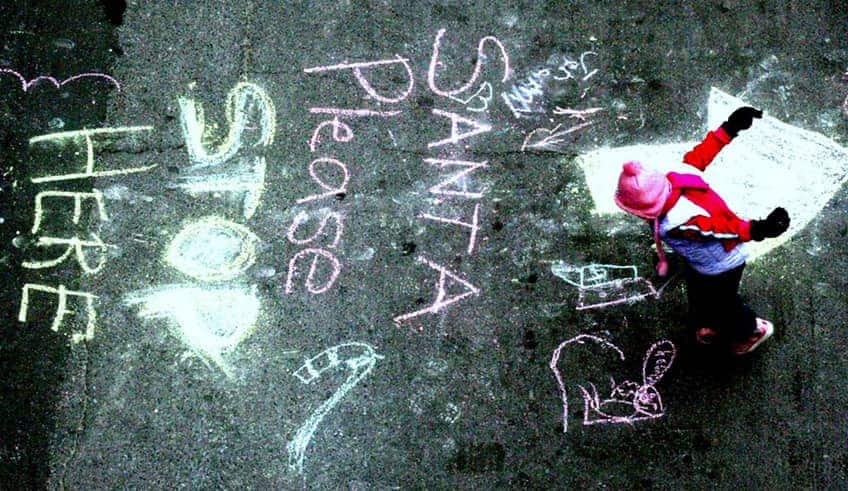 No worries about getting Santa's attention this year. (Photo credit: Bahman Mahmoudi on VisualHunt.com / CC BY)

So you won't get to go and see the parade live this year as it comes down University Avenue. But think of the positives — no waiting forever for a good spot, you get to stay toasty and warm, you can have as many snacks as you want… and as many bathroom breaks as you need! Even the bands will be playing in a secret location! (Photo credit: Randy Landicho on VisualHunt / CC BY)

The parade is going to happen in a super secret location (OK, they told the secret — it's Canada's Wonderland). It will be filmed as a special made-for-TV Christmas special.

There will be beautiful floats, some fun mascots, celebrity clowns, musical acts and some of the most amazing marching bands ever! And it wouldn't be a Santa Claus Parade without Mr. and Mrs. Santa Claus, all the reindeer and their elves!

Getting ready to watch the parade at home 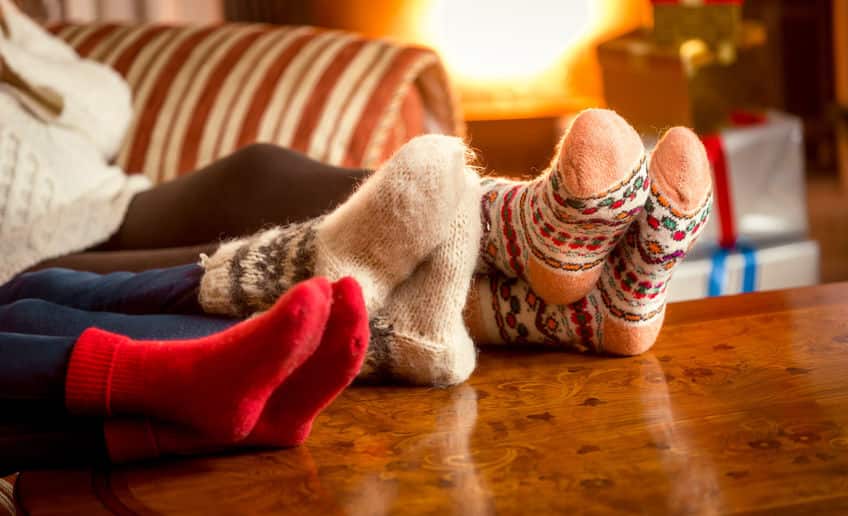 This year, you'll be able to watch the parade in your PJ's from the comfort of your living room, with your family, on Saturday, December 5th on CTV. Or, you can stream it after the broadcast.

So how do you get ready for a stay-at-home Santa Claus parade? We've got you covered! We've put together some fun things you can make, play and read to get you into the festive spirit.

Get some snacks ready 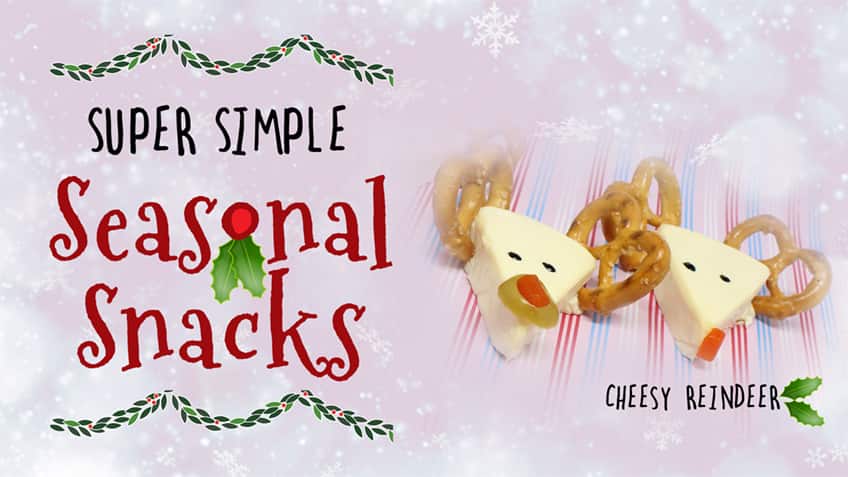 Make sure you have some tasty snacks handy to get through all of the parade!

It’s super easy-peasy to make these treats that will be sure to be packed with holiday cheer and make your at-home Santa Claus Parade a festive hit!

Find out how to make these cheesy reindeer (opens as a YouTube video) and snack on them while you wait for Rudolph to show up.

Get in the spirit with some festive games 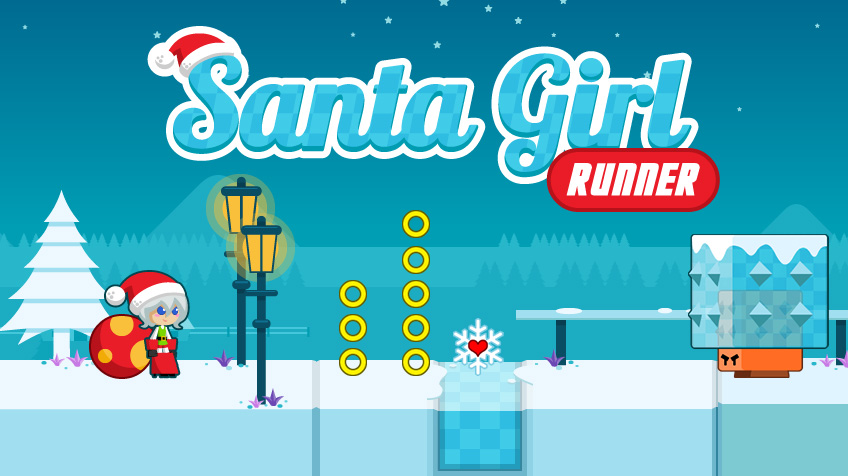 Head over to play Santa Girl Runner and collect as many gold hoops as you can while avoiding the ice meanies.

You've got snacks being made and you need to get into the festive spirit... well, other than listening to all the holiday songs on repeat.

Try your luck at matching all the colour blocks to clear each level by playing Christmas Breaker.

If matching patterns is more your thing, then head over and play Christmas Chain. Eliminate all the balls rolling along the track before they fall into the hole in the snow.

Or maybe you like collecting things? Head over to play Santa's Mission and match three or more Santa hats, candy canes or gifts to clear the board as fast as you can!

Read up on the history of the Parade 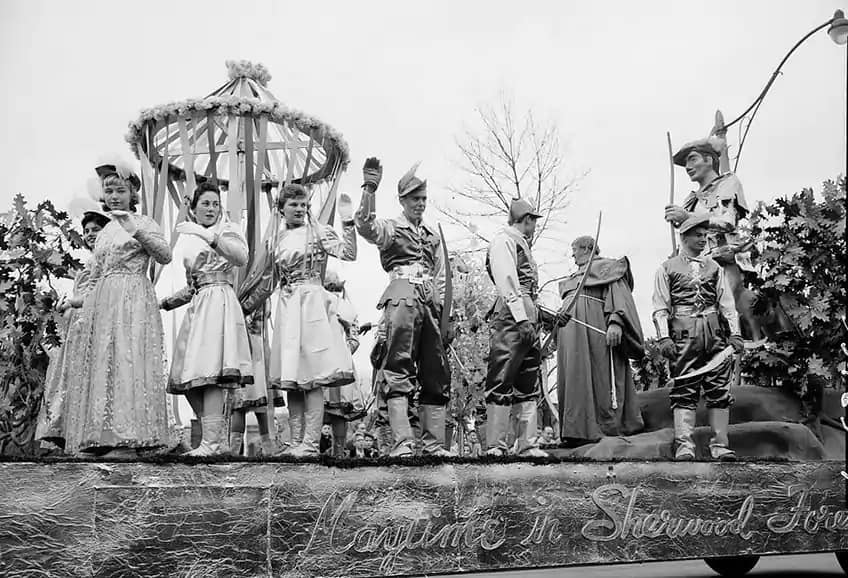 Did you know that the Santa Claus Parade has been around since 1904? Santa has been flying to Toronto to say "Ho! Ho! Ho!" to all the children with some kind of parade for over 115 years!

Read about five other things you might not know about the Santa Claus Parade and have a look at some fun old costumes and floats.

Put on your red nose and take the reindeer quiz! 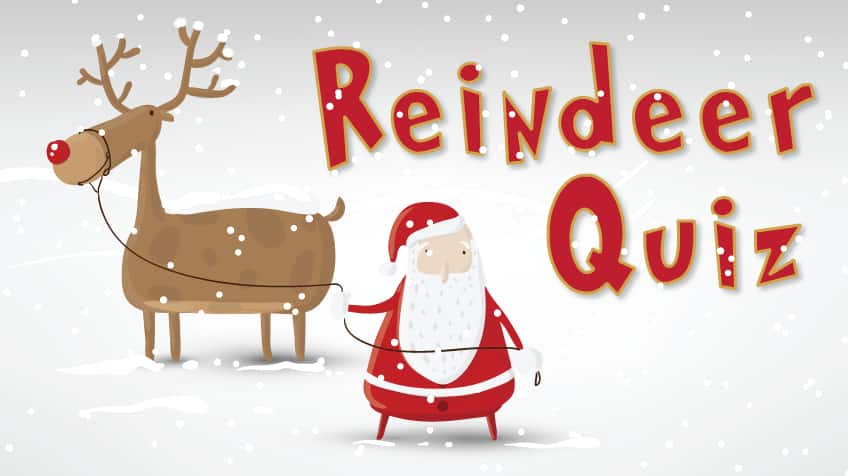 Got your red nose all ready for the parade? Well, put it on so Rudolph can see you when he goes by on the screen.

But before he does, make sure you know your reindeer stuff! You probably know all the names of Santa's reindeer (who doesn't, right?), but how much do you really know about them?

Take our reindeer quiz and be an expert before the man in the red suit goes by in the parade!

Holidays Quiz
How much do you really know about reindeer? Santa Claus
Legends of St. Nick from all around the world 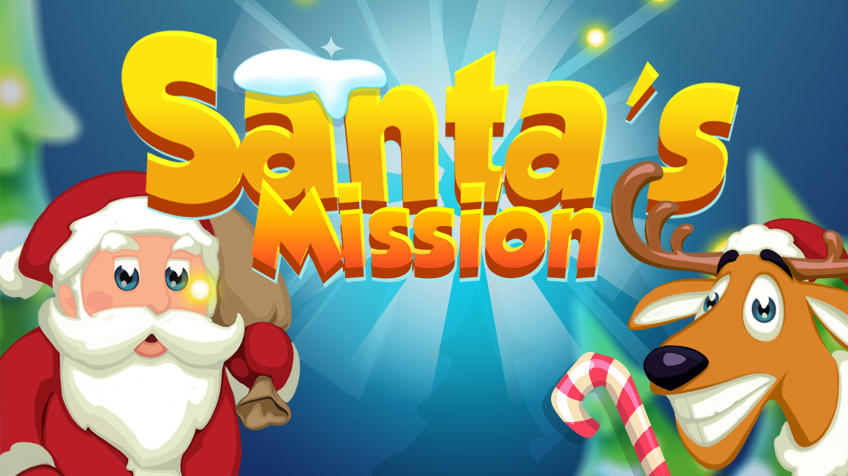