6 giant animals that once ruled earth It’s hard to believe, but early humans used to share their backyards with these giant and incredible creatures. Wildlife must have looked a whole lot different back then! 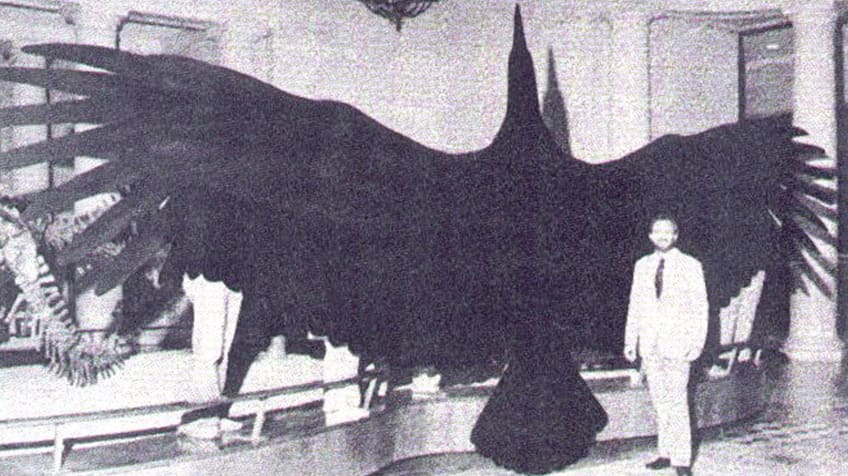 A man stands beside the ancient bird — Argentavis magnificens — to show the size comparison. Photo by Wangyonglee licensed CC BY-SA 3.0 or GFDL from Wikimedia Commons

You’ve probably heard of Big Bird from Sesame Street, but have you ever heard of the Argentavis magnificens (say “ARE-gen-TAV-is mag-NIFEH-sins”)? It ruled the skies of Argentina six million years ago and was one of the biggest birds to ever exist. Standing two metres high, the Argentavis was as tall as a human with a wingspan of seven metres long! This bird was a fearsome predator and researchers believe the Argentavis could eat its prey whole. 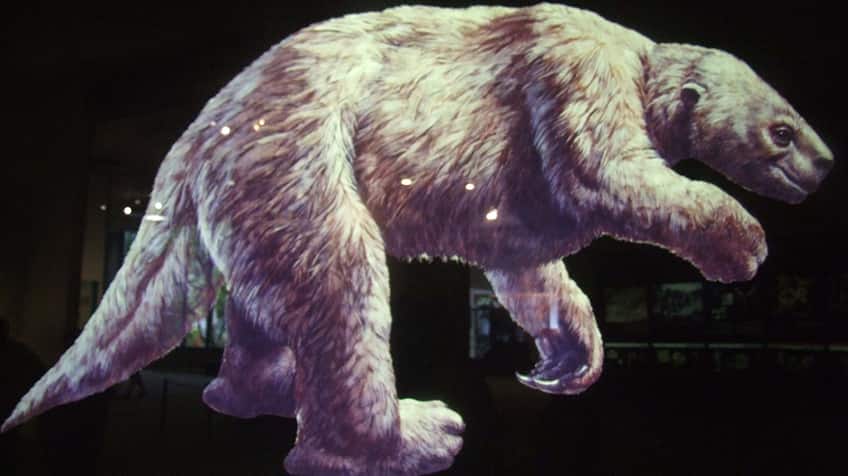 The Megatherium was a giant ground sloth that was as big and heavy as an elephant. Photo by Travis licensed CC BY-NC 2.0

Also called a giant ground sloth, the megatherium (say “mega-thare-EE-um”) used to live in both North America and South America about 2.6 million to 11,700 years ago, and was one of the largest mammals to ever exist. Weighing up to 4,000 kilograms the megatherium looked like a sloth, but was as big and heavy as an elephant! So, unlike the sloths we know today who climb trees to eat leaves, the megatherium was tall enough to reach trees leaves, which were a staple of its diet. 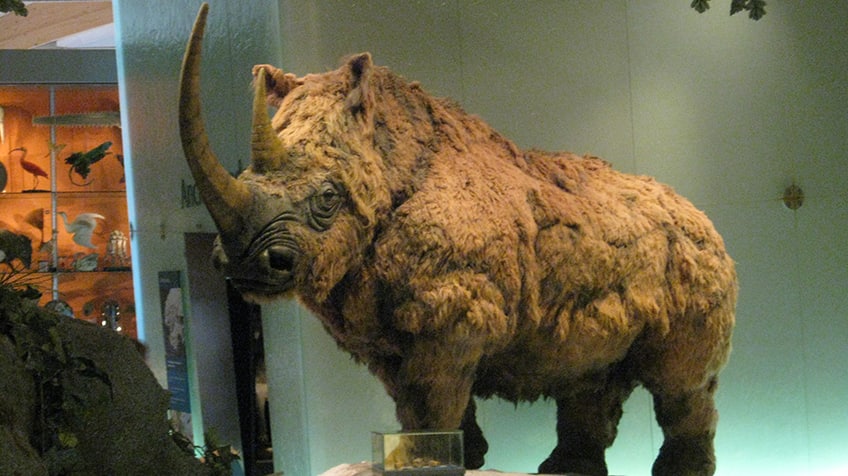 The woolly rhino were depicted in cave paintings from the Stone Age. By Chemical Engineer licensed CC BY-SA 4.0 via Wikimedia Commons 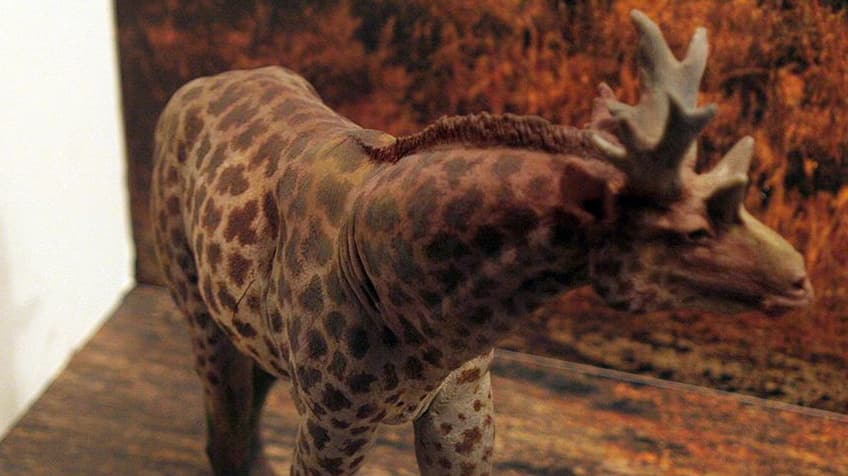 The sivatherium had the same coat as a giraffe and horns as an antelope. By Shalom licensed CC BY-SA 3.0 via Wikimedia Commons

About 8,000 years ago, you might have seen a sivatherium (say “SHIVA-theer-IUM”) roaming around Northern Africa or Asia. They looked like a mix between a giraffe and an antelope, and are actually related to the modern day okapi! The sivatherium was huge and had really strong shoulders to hold up its big, heavy head. That’s because the sivatherium didn’t have just one set of horns, but two — one on top of its head and one above its eyes. 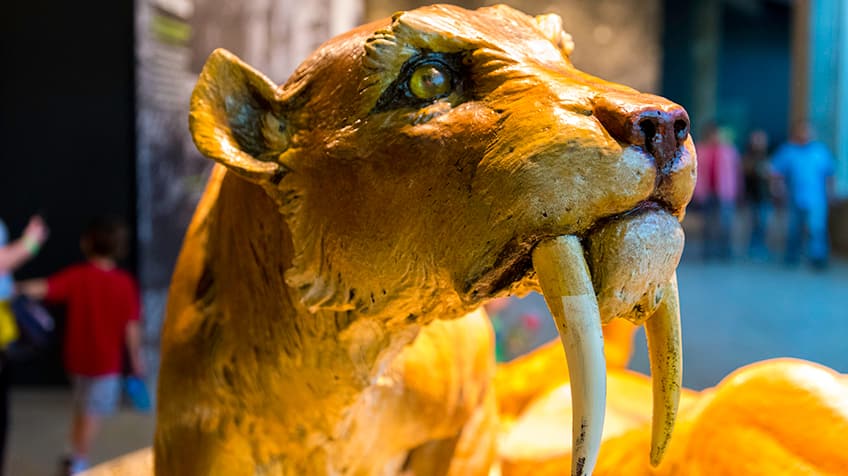 The smilodon lived in North America and hunted bison, antelope and horses. Photo by Geoff Sloan licensed CC BY 2.0

Sabre-toothed cats were on the prowl all around the world for 42 million years until they went extinct about 10,000 years ago. But these fearsome cats weren’t anything like the fur balls that lay on your couch at home. In the last 10 million years the cats that had teeth like blades (or sabre-toothed) have evolved into several lineages, and one of those families are the Smilodon (say “s-MILL-o-DON”). The Smilodon actually consist of three subspecies: Smilidon fatalis, Smilodon gracilis and Smilodon populator.

The Smilodon got its name from the Greek word for "blade" and "tooth," which is fitting because they had big, curved fangs that were up to 28-centimetres long. These giant and fearsome jungle cats lived in the forests of North, South and Central America, and feasted on bison, antelope and horses. 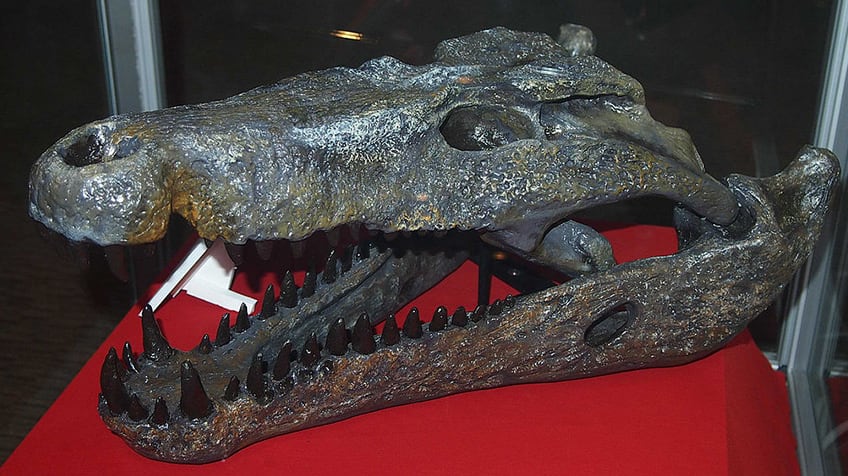 The quinkana had longer legs which enabled them to run faster than the crocodiles today. Photo by Mark Marathon licensed CC BY-SA 4.0 via Wikimedia Commons

Imagine crossing paths with a crocodile. Pretty scary, huh? Well early Indigenous peoples of Australia had to look out for the quinkana (say “qwin-kana”), a six-metre long reptile that had teeth as sharp as steak knives and long legs, which meant it could run much faster than the crocodiles we know today. They were also known for hunting on land and even chasing their prey long enough to tire it out. Fortunately the quinkana lived during the Pleistocene era, which was 1.6 million to 40,000 year ago. Amazing animals
If it ain’t broke, don’t evolve it 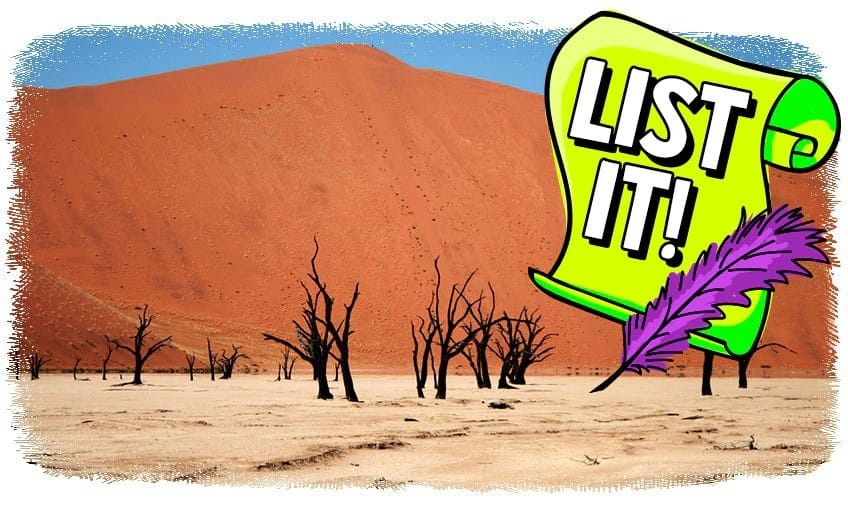 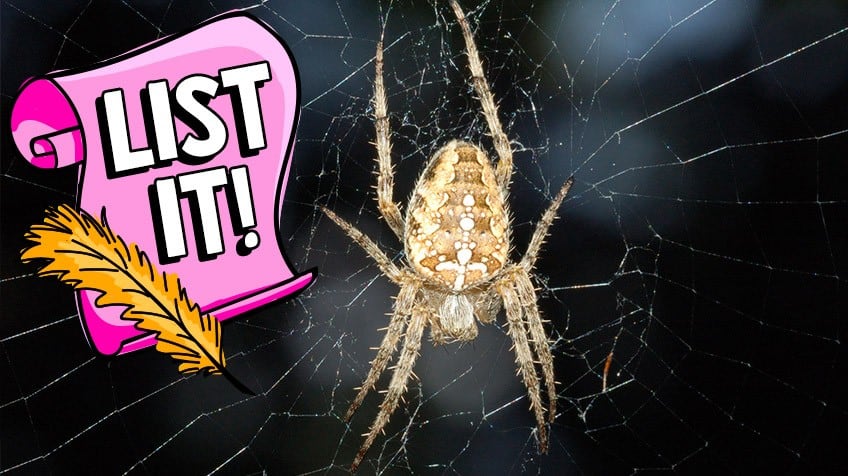 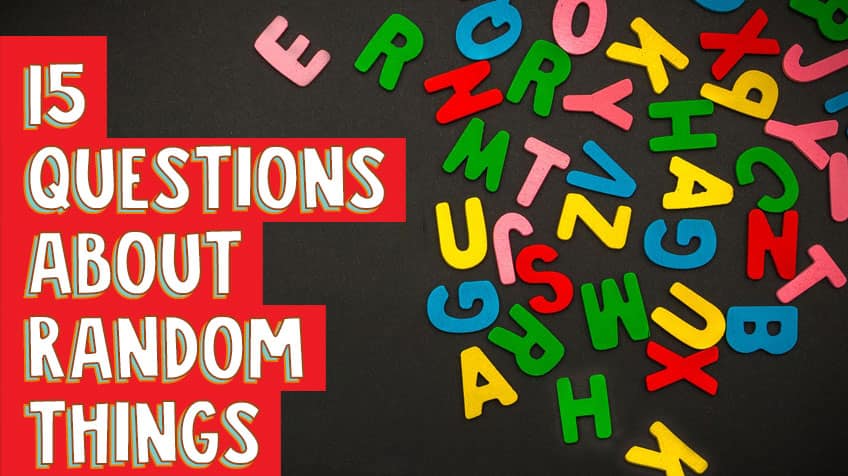 Fun Quiz
How much do you know about ... stuff?