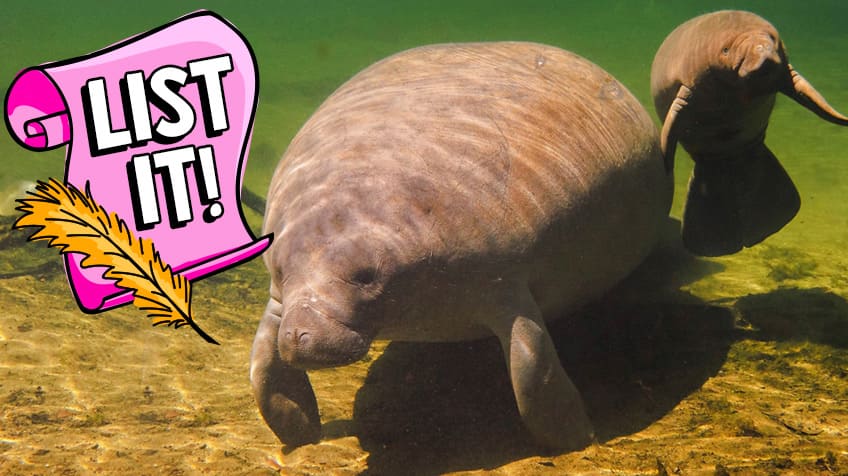 What is a manatee? 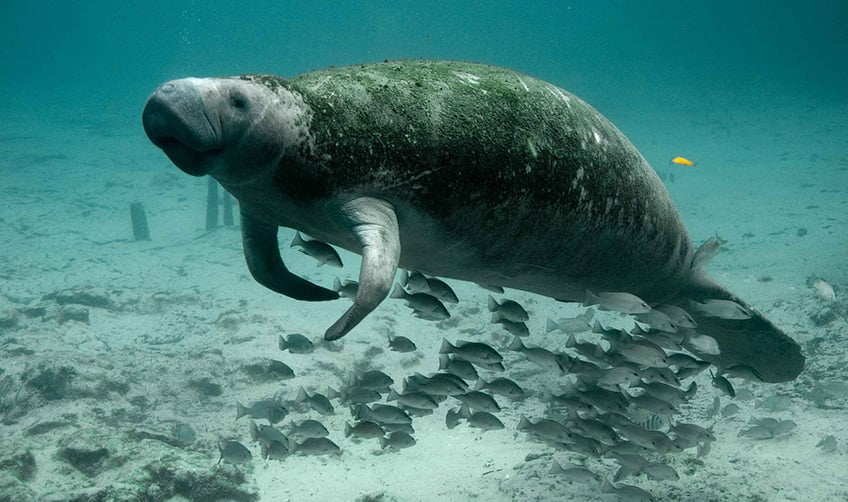 A manatee is a large, lazy, plant-eating aquatic animal. Despite its size, this marine mammal is a peaceful, non-aggressive creature.

Fortunately, the manatee has few predators and it is said that an alligator will even move out of a manatee's way. Where did the manatee come from?

Scientists have a theory that the manatee evolved from a four-legged land animal about 60 million years ago.

This might explain why some species of manatee have up to four toenails on their flippers — similar to an elephant's toenails.

Their upper lips are mini-versions of elephant trunks and are able to grab hold of plants and pull them into the mouth.

How many species of manatee are there? 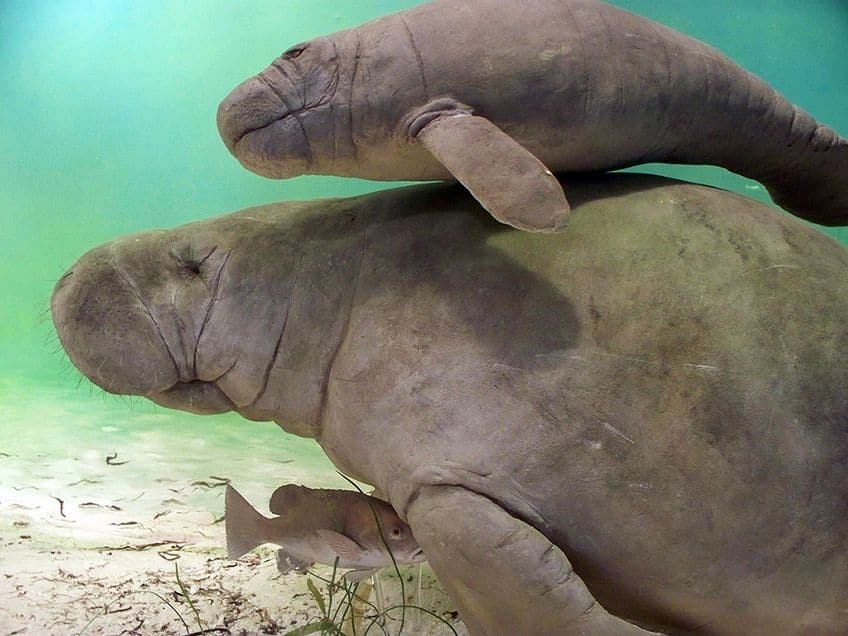 There are three manatee species: Amazonian, West Indian and African.

How do manatees breathe? 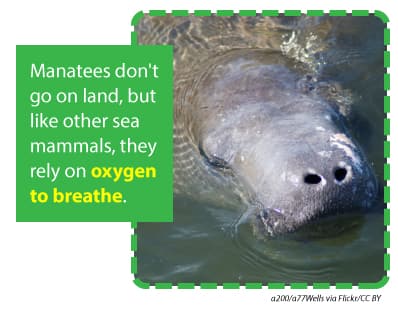 Manatees have nostrils (yes, nostrils!) and require oxygen to breathe. While they swim they keep their nostrils closed to keep the water out.

But most importantly, a manatee will need to poke their head out of the water to breathe — this happens every three to five minutes — unless they are napping.

Naps are very important to the manatee, and they just need to make sure they come to the surface every 20 minutes to get some air. Even baby manatees are guided to the water's surface by their mother to help them take their first breath.

Do manatees lose their teeth? 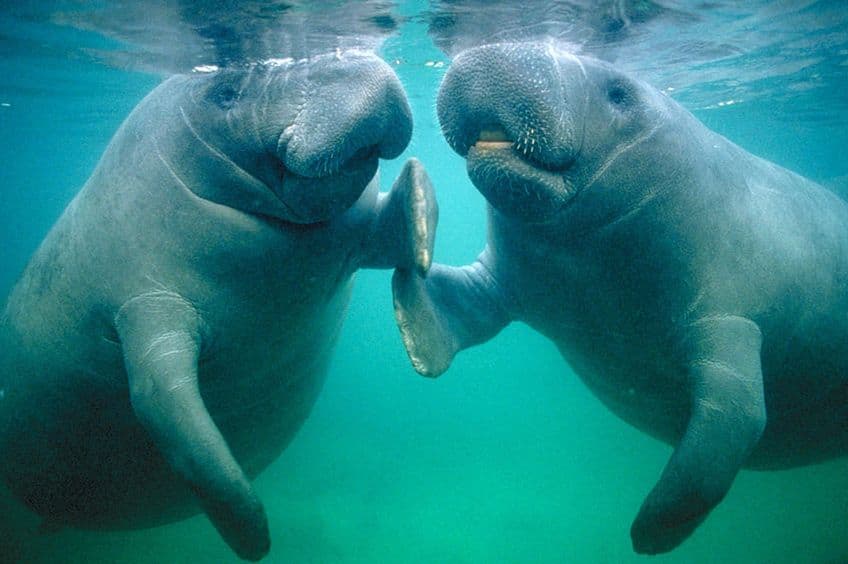 Fully grown manatees only have teeth in the back of their mouths for chewing plants.

Unlike humans whose teeth are only replaced once after they fall out, manatees grow new teeth all their lives. As the old teeth wear down and fall out, new molars grow in the back of their mouths and slowly push the rest of the teeth forward.

The only other mammals that have their teeth replaced many times are elephants and kangaroos!

What do manatees eat? 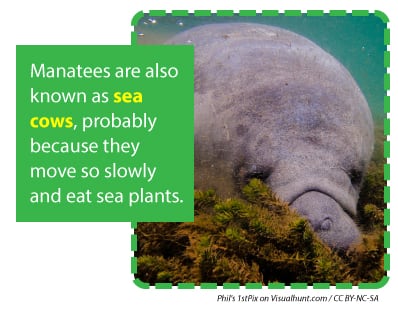 Manatees are herbivores which mean they only consume plants.

Like a cow, the manatee spends between six and eight hours a day grazing and eating aquatic vegetation which can amount to almost 50 kilograms — that's more than a toilet weighs!

And like the cow, they produce a lot of gas which is why they are round like a balloon. The gas helps manatees digest all of the plants they eat.

Manatees can grow to be up to four metres long (about as long as a small car) and weigh up to 590 kilograms (heavier than a polar bear). Female manatees are often larger and heavier than males. 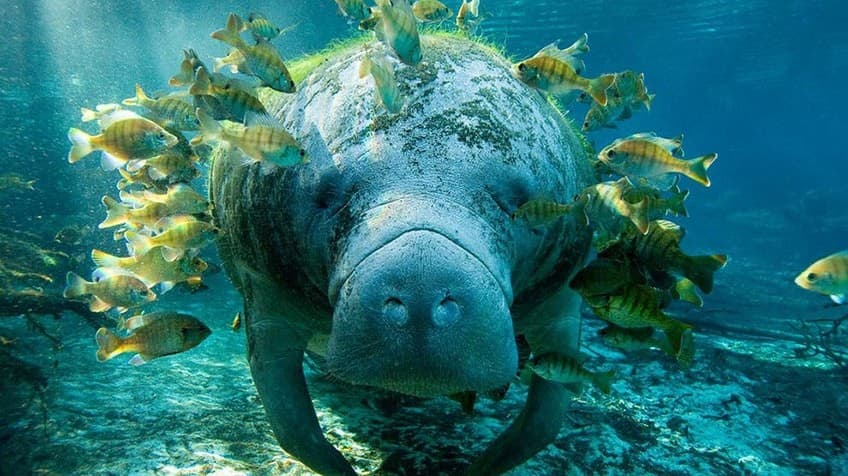 Animal quiz
How much do you know about manatees? 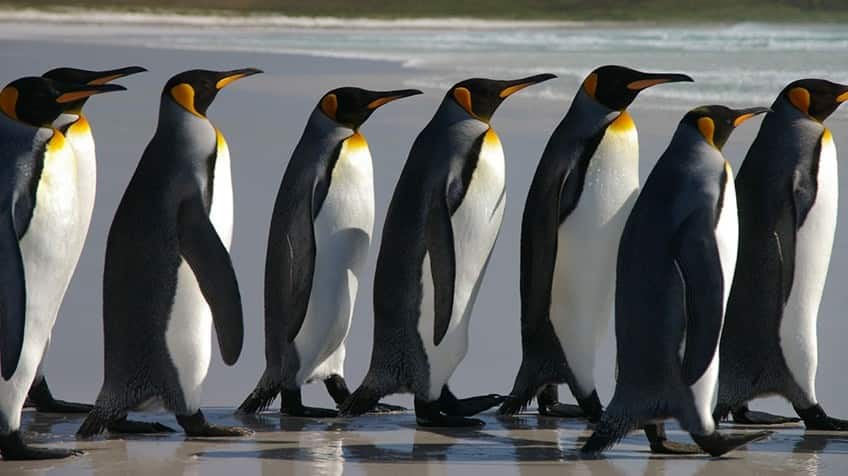 Does it fart?
Manatee