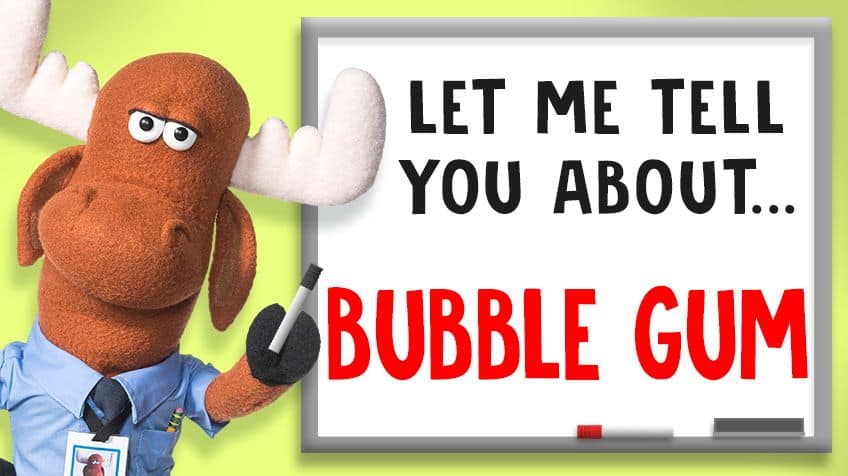 Pop! Have you ever tried to blow the ultimate bubble with your gum? It isn’t always easy. But it is always fun! February 5th is Bubble Gum Day.

Yet another reason to pop some of that pink sweet stuff into your mouth and get chewing. While you chew away, let Mr. Orlando share this bonanza of bubble gum facts with you. 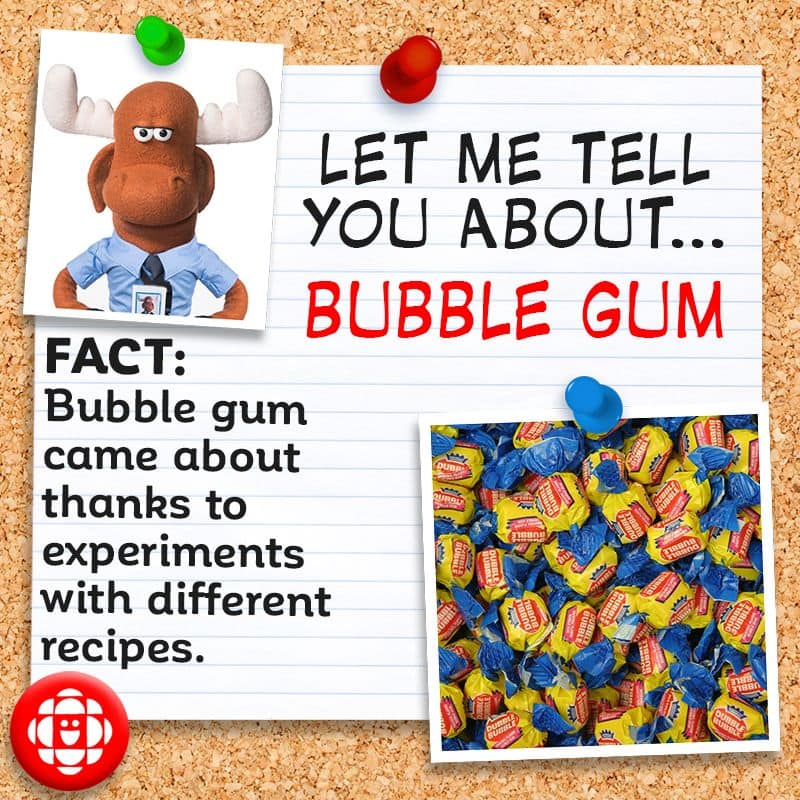 Bubble gum was invented in 1928 by a man named Walter Diemer. He worked at a chewing gum factory (as an accountant!) and was experimenting with all kinds of gum recipes.

One day, Walter came up with a formula that wasn’t as sticky as regular gum. It was also super stretchy. This meant you could blow bubbles with it.

Unfortunately for Walter, he lost the recipe and had to start experimenting all over again. But after four long months, he figured out the recipe once more. And bubble gum was here to stay! 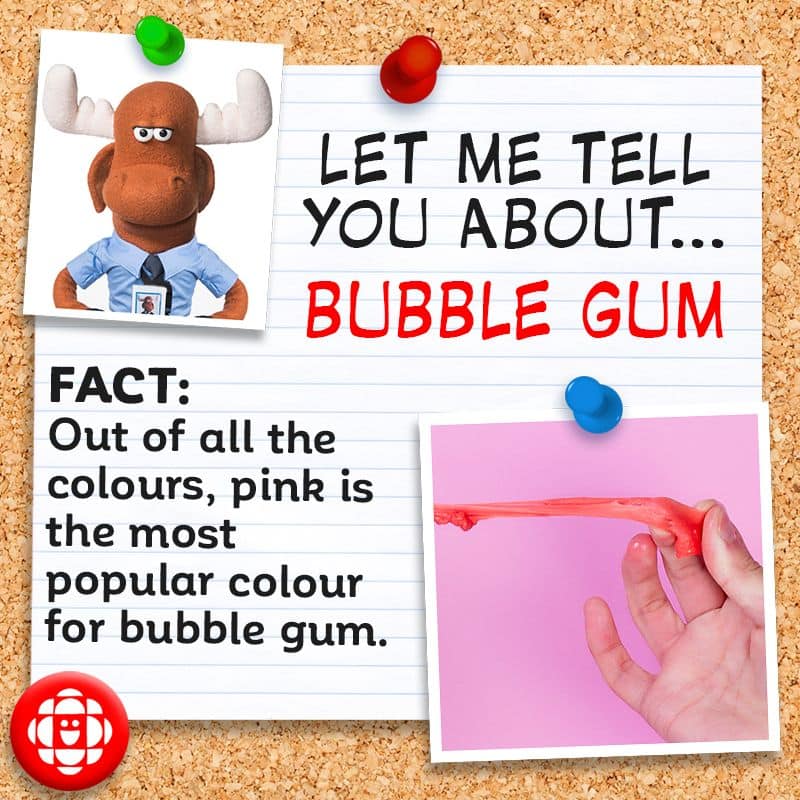 Frank Fleer invented a gum recipe in 1906, but was shelved because it broke apart too easily and was too sticky. Photo by Bodie Strain licensed CC BY 2.0

So why pink? The fact is that when Walter Diemer was coming up with a new type of gum, pink food colouring was the only colour available. So pink it was! Now pink bubble gum is the most common colour around. 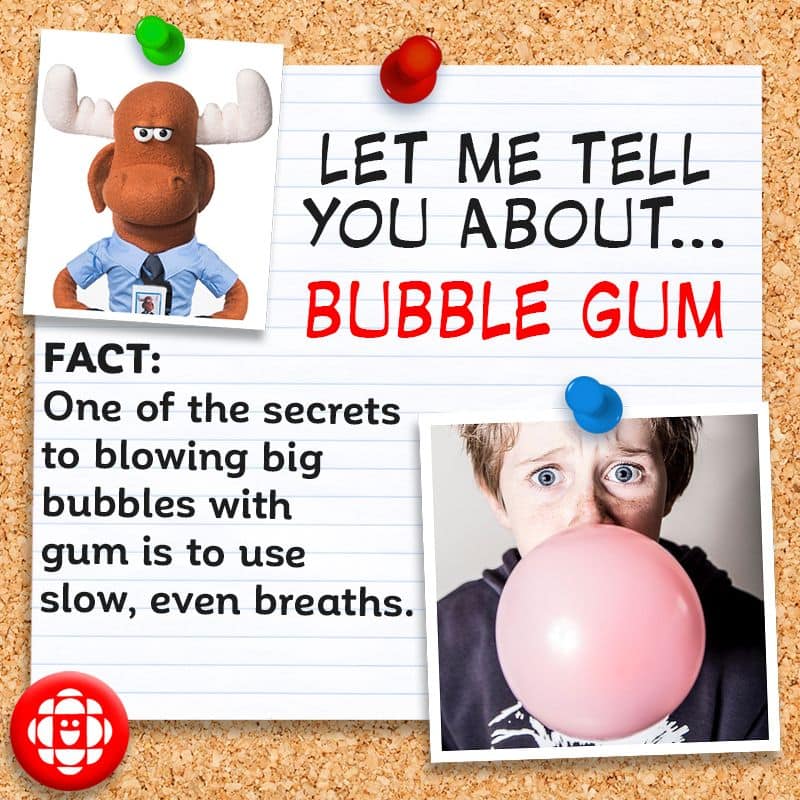 If you want to blow the ultimate bubble, take it slow. This allows the bubble gum to stretch and grow.

Of course, it takes a lot of practice to become a bubble-blowing champ. An American man named Chad Fell holds the record for the largest bubble-gum bubble. He used three pieces of gum to blow a bubble that measured over 50 centimetres around. That’s twice the size of a basketball! Now that’s a LOT of gum. In fact, that’s about the weight of over 14,000 African elephants! One of the problems with so much gum being chewed is that it ends up in our landfills.

But some smart-thinking inventors have created special waste containers for gum. They recycle the gum to make rubber toys or containers. 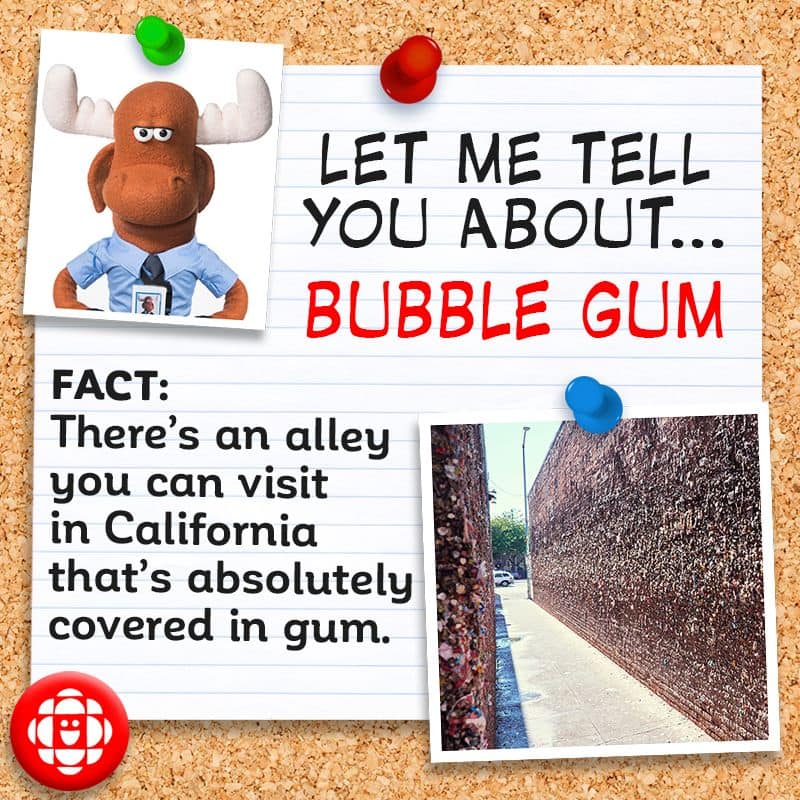 It’s called Bubblegum Alley and people stop there to stick their chewed-up gum on its walls. The alleyway has been a landmark for gum-chewers for about 20 years. It now features millions of pre-chewed, colourful wads of gum.

In the past, the alleyway has been completely cleaned of gum. But passersby can’t seem to stop themselves from visiting and sticking their gum to the wall. So Bubblegum Alley remains in all its gum glory! It’s often said that when you swallow a piece of gum, it’ll sit in your stomach for seven years. But this is just a myth. Swallowed gum can’t be digested and broken down by your body. But it doesn’t remain in your stomach. The gum moves it way through your body and comes out in your poop. 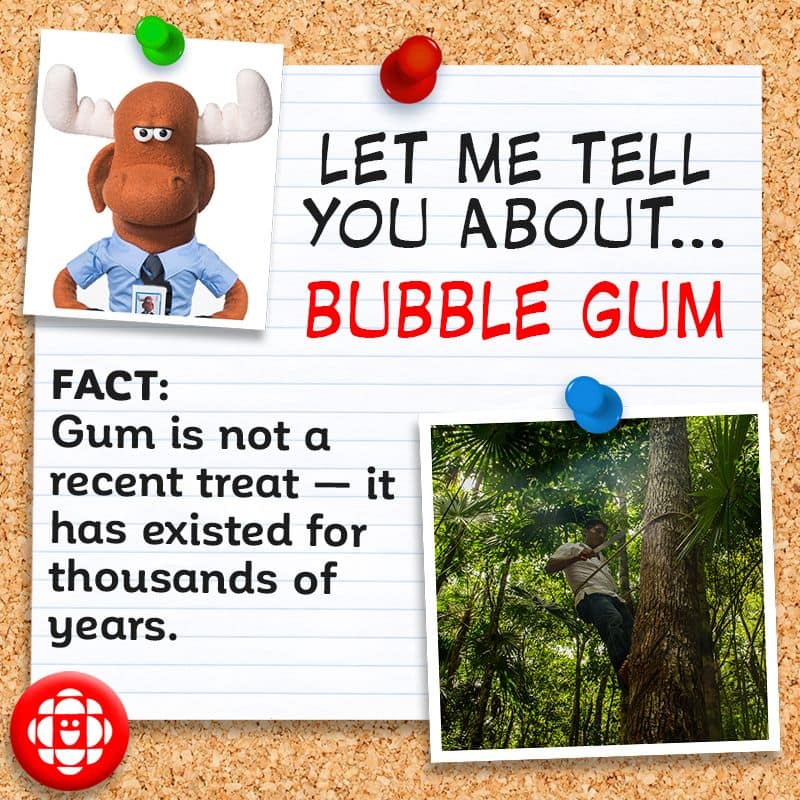 A man, called a chiclero (say che-CLAR-row), climbs a tree to tap it for a sticky substance known as chicle, used as a natural gum. Photo by Son of Groucho licensed CC BY 2.0

While bubble gum was invented in the early 1900s, chewing gum — or something like it — has been around a lot longer. Some Europeans chewed birch bark tar about 9,000 years ago.

The ancient Mayans chewed a substance called chicle (say CHEE-clay), which is a sticky resin that comes from trees. And North American Indigenous people chewed gum made from spruce tree sap, too. 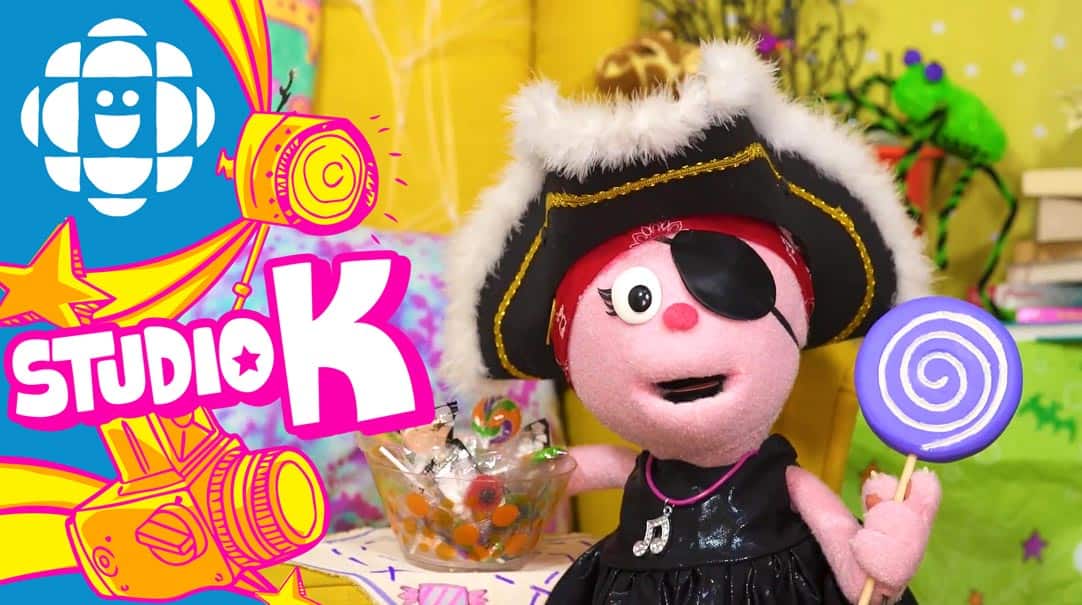 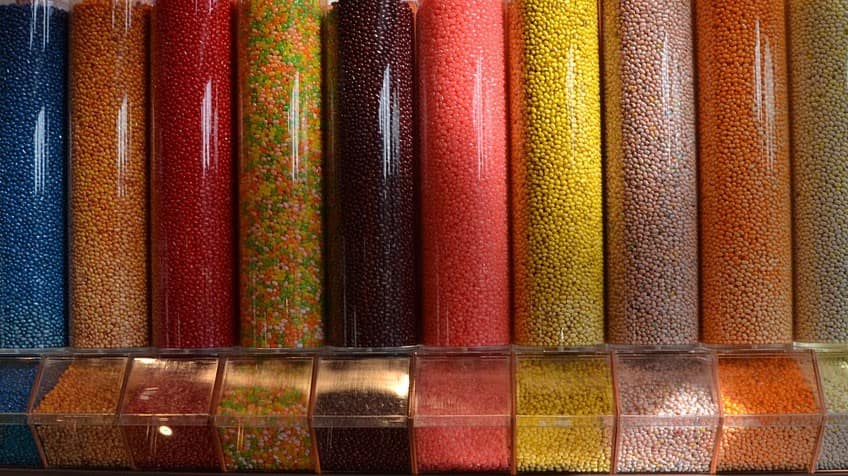 Gross candy
Would you try these gross jelly beans?