Meet 4 cool birds plus one that can do the moonwalk 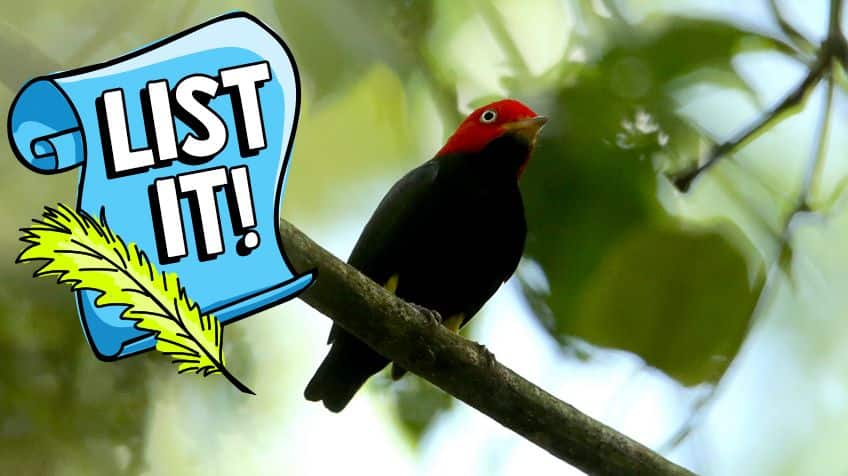 There are about 10,000 different bird species around the world. Some you may be familiar with, like blue jays, eagles and chickadees. But there are many that aren’t quite so common.

We’ve rounded up a few of the most unique bird species out there. 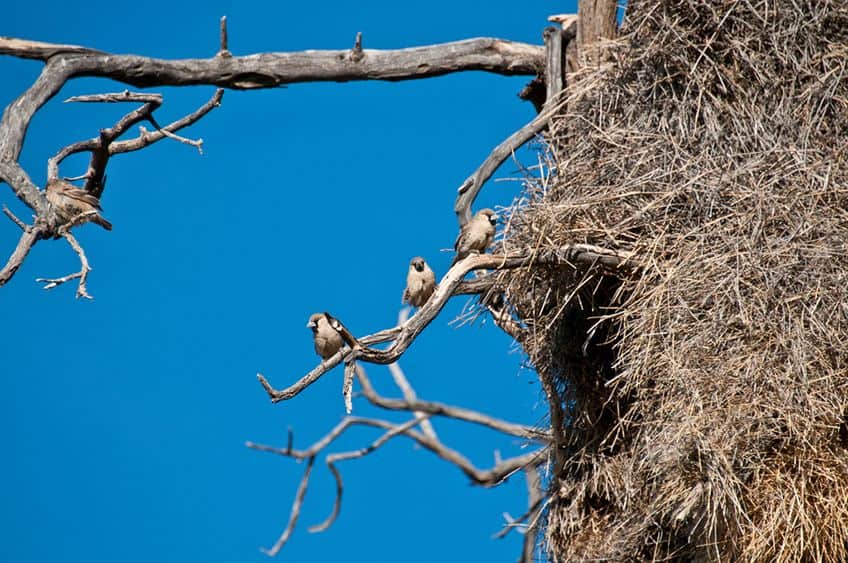 These birds think big when it comes to nest-building. Sociable weavers build the largest nests of any bird on Earth, and some of these structures can house up to 400 birds. In some cases, their nests look like a huge haystack hanging in a tree.

But the sociable weavers put a lot of care into their structure and use large sticks to build the nest. Breeding pairs of weavers live in their own rooms which are lined with soft grasses, feathers and fibers.

The weavers even install a security system to keep their nests safe. They place sharp, spiky straw at the entrances to the nests to stop predators from entering. 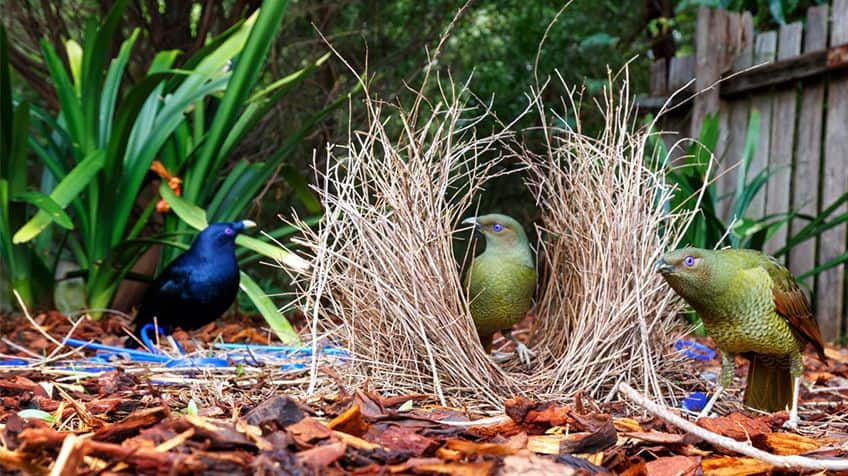 The black bird on the left is a male satin bowerbird that has attracted not one, but two potential mates. Notice the blue string? They love their colours! Photo by doug licensed CC BY 2.0

While most birds are busy building nests, the bowerbird creates structures that are more like works of art. The male bird uses twigs and sticks to build a cave-like structure, or bower, on the ground. Then he finds brightly coloured objects, like flowers, berries and leaves and places them around the entrance to his bower.

Some bowerbirds even “paint” their structures. They chew up plants so that they mix with saliva to create a colorful juice. Then they use their beak or a leaf to paint the walls of their bower with the juice.

The bowerbirds do all this to attract the attention of a mate. Female bowerbirds inspect the structures that the males build. And if they’re impressed by a bower, they’ll move in to it.

Interested in birds? You should check out 5 birds that love Canadian winters 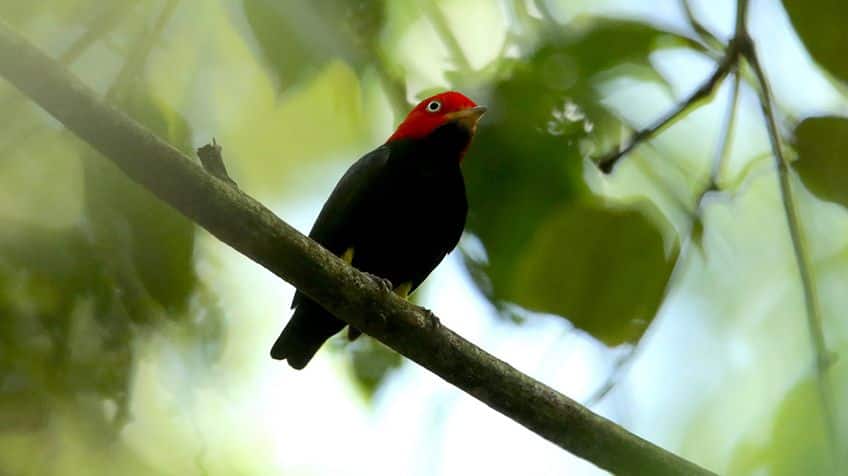 The male red-capped manakin is an excellent dancer. And it shows off its elaborate dance moves to attract a mate.

The bird begins its dance by flapping its wings quickly. Then the manakin darts through the air, lands on a branch and gets down to the serious business of dancing. It raises its tail and shuffles backwards along the branch in a dance move that looks like Michael Jackson’s moonwalk.

If a female is impressed by the manakin’s dancing, she’ll join the male on the branch. 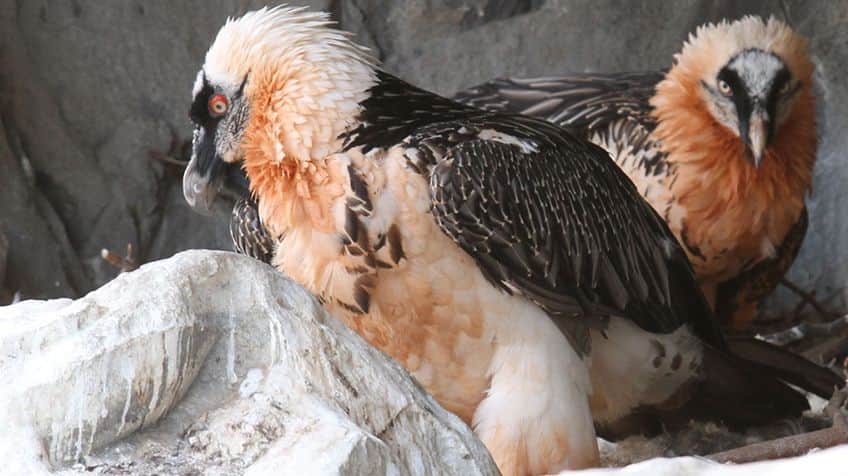 These two bearded vultures are on their nest. Photo by pilot_micha licensed CC BY-NC 2.0

This bird has a white head, neck and chest. But it often searches out red soil and takes a mud bath to stain its feathers a rusty red colour. The vulture stirs up the soil to get dust on its belly and neck. Then it uses its beak and claws to spread the red dust over its body.

Scientists aren’t entirely sure why the vulture does this. But some think the bird covers itself with red dust as a way to protect itself from parasites and bacteria. If this is true, that would mean the dust acts like a medicine that kills off any pests that find their way onto the vulture’s feathers.

Whatever the reason for dying its feathers, the bearded vulture is the only bird known to decorate itself! This picture was taken in northern Queensland, Australia. The adult cassowary is approximately 1.5 metres tall, about the same height as an adult human. Photo by Simon Phipps licensed CC BY-NC-ND 2.0

You want to stay clear of this bird. Found in the rainforests of Australia and New Guinea, the cassowary is a large bird with long, powerful legs. It has razor-sharp claws on its feet that it uses to attack a predator that gets too close. To do this, the cassowary leaps into the air and kicks at its attacker.

Luckily, the bird prefers to stay out of sight and lives deep in the rainforest. In fact, it’s rarely seen in the wild. As for how it gets around, the cassowary can’t fly. But it’s a very fast runner. It races through its jungle home at speeds of 50 kilometres per hour. It’s also an excellent swimmer and can cross rivers and even swims in the sea. 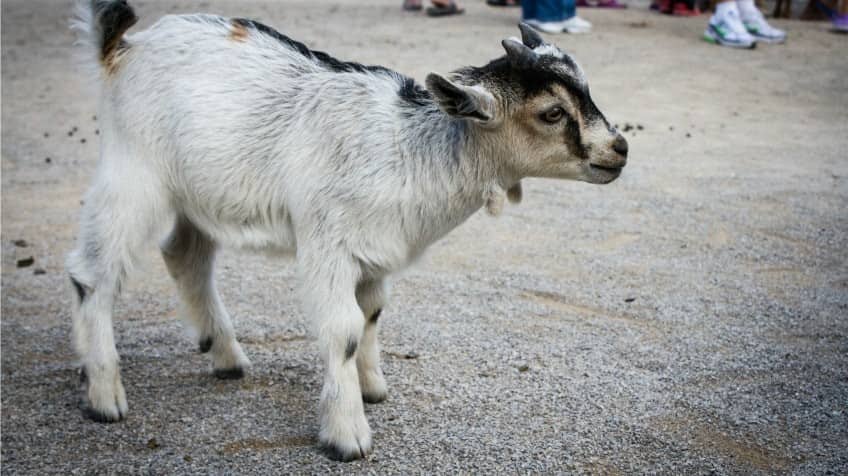 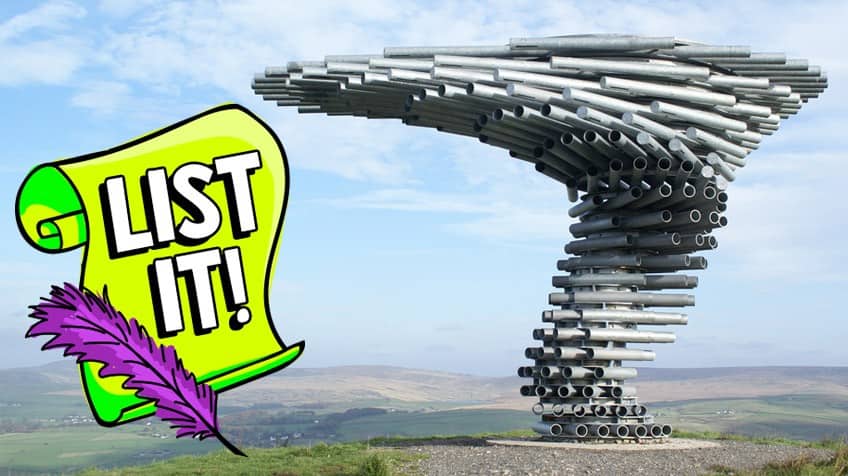 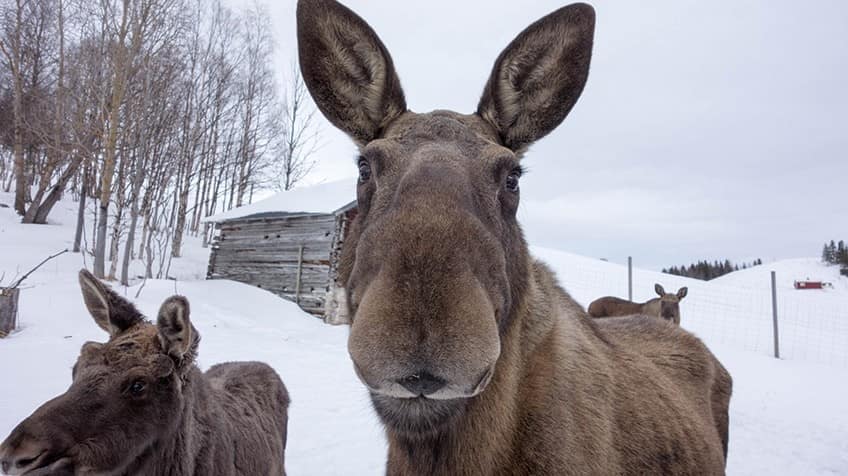 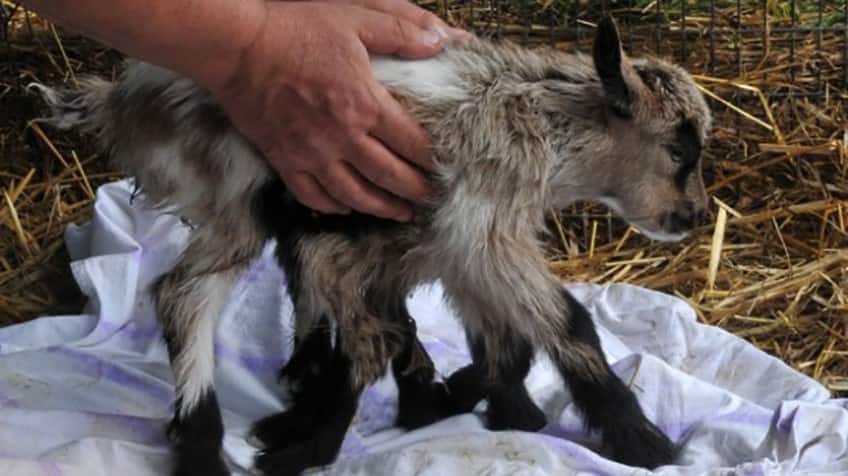