How a diamond is formed, plus other cool rock facts 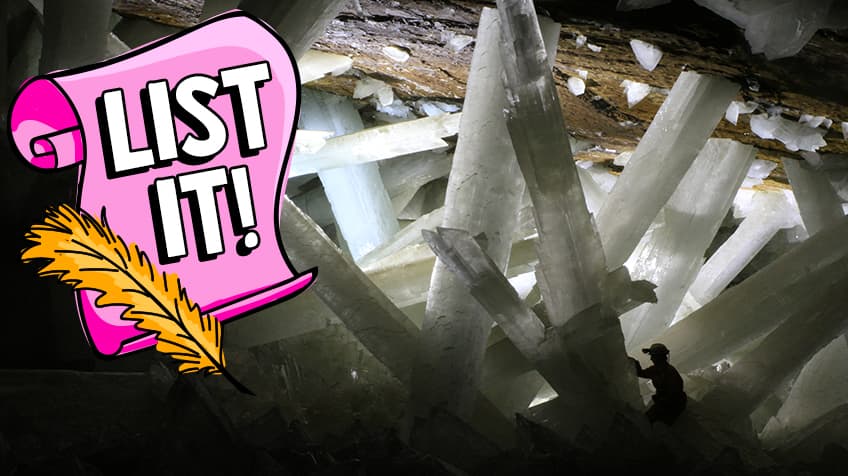 Jewels, gems and crystals are pretty, but how are they formed? The answer to that lies in geology. That’s the scientific study of our planet’s solid elements, including rocks and how they change over time. Believe it or not, those hard lumps in the ground actually have more in common with million-dollar jewels than you think. 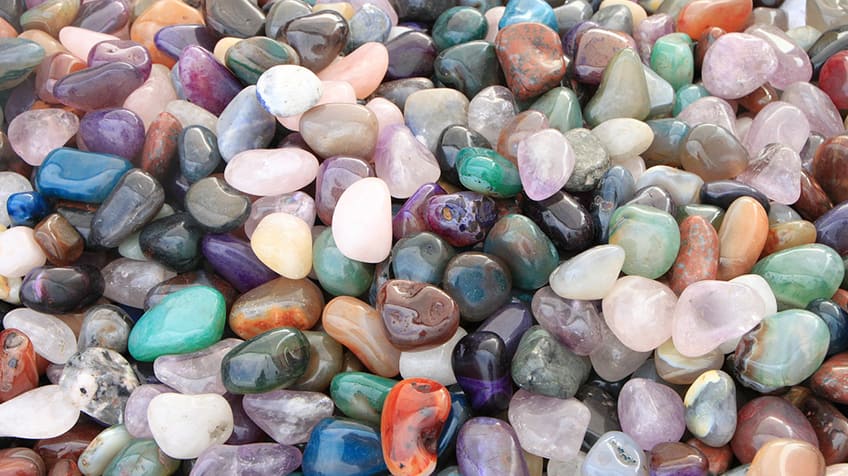 A rock tumbler is used to polish various stones like quartz and amethyst. Photo courtesy of Pixabay

Most minerals began to form thousands of years ago when magma, or liquid rock, rose from the depths of the Earth. Crystals began to take shape from the chemicals in the magma, kind of like the way water turns into snowflakes in the cold. Over time, these minerals changed when they were combined with different elements or when they were exposed to high pressure or high heat. Some became rocks, while others became beautiful gemstones. 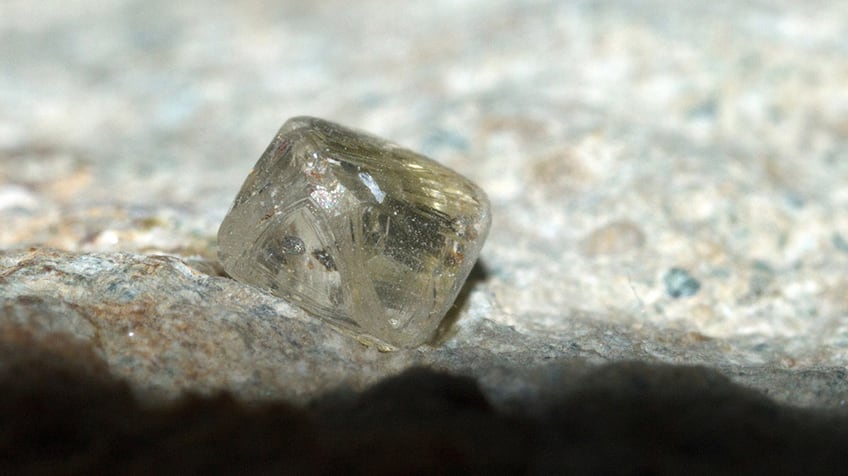 A diamond is the hardest gemstone of all and very rare. That’s because they can only form in areas below the Earth’s surface where extreme pressure and heat is present. The temperature must be at least 1050 F (that’s 566 C) for a diamond to form! The best places to find diamonds are where burning asteroids collided with Earth a long, long time ago. 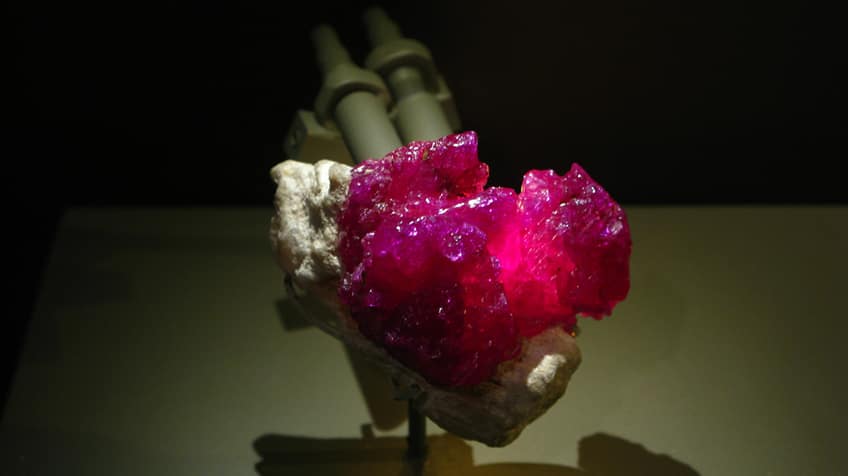 The main mineral that creates a ruby is called corundum (say “cor-un-dum”) but it’s naturally colourless. So why is a ruby red? When it’s mixed with different elements, the corundum reacts and changes colour. Depending on the chemical composition, the colour of the rubies vary from deep, dark red to pink. 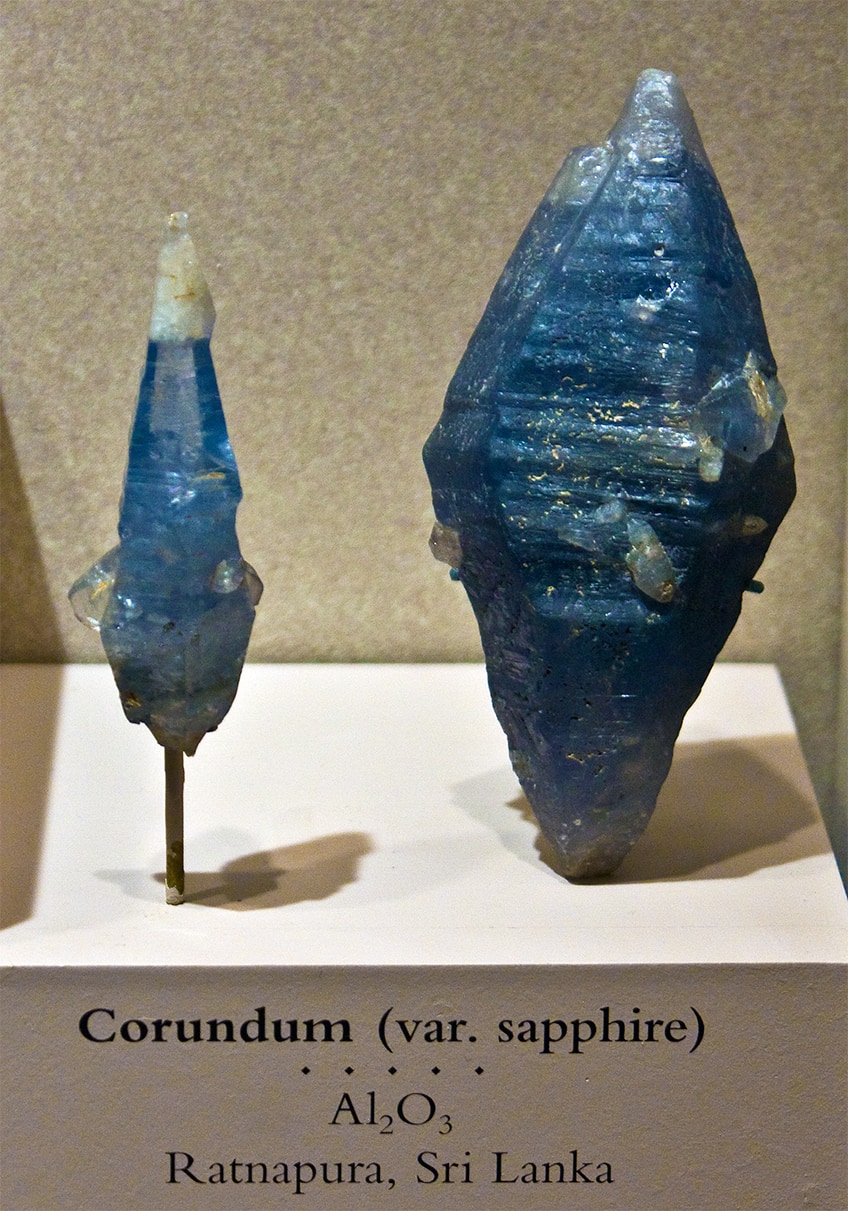 Did you know that sapphires start out with the same mineral as rubies? It’s true! Corundum! But they owe their beautiful blue colour to trace amounts of titanium. That’s the same chemical element used to make some metals. Aircrafts, spacecrafts and missiles are all made with titanium because it’s so lightweight. Just think — sapphires and spaceships have a lot in common! 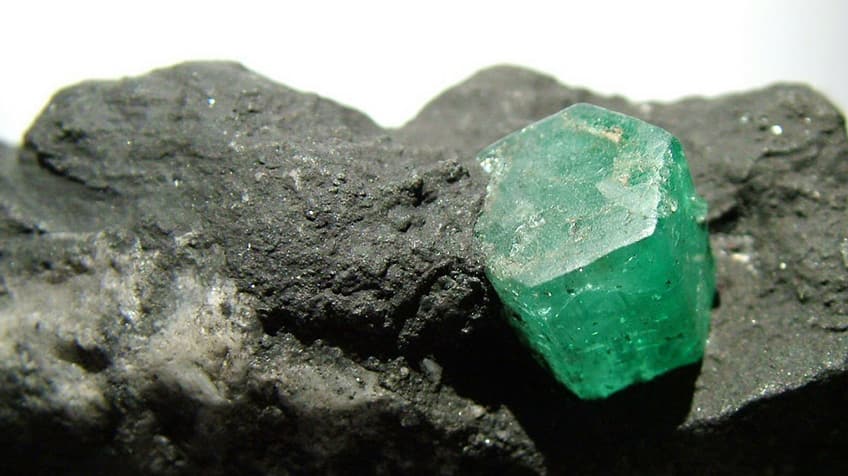 Emeralds get their bright green colour from elements called chromium (say “chrome-ee-um”) and vanadium (say “van-a-dee-um”). Unlike many other gemstones, emeralds are soft and fragile. That means it takes a lot of skill to cut them so they don’t break and chip. A person trained in the art of gem-cutting is called a lapidary (say “lap-i-DAIRY”)! 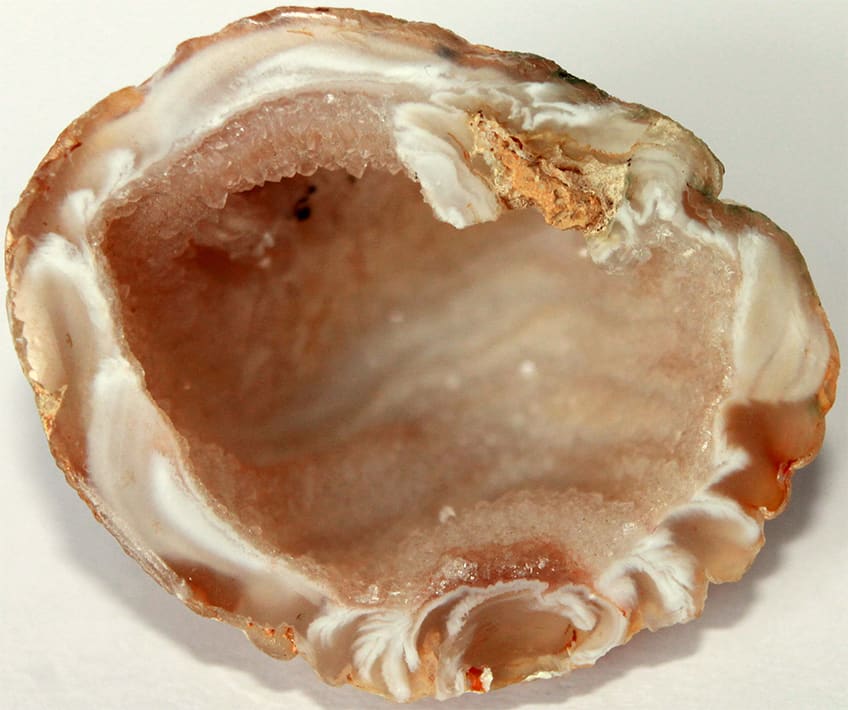 Every geode is a treasure with a hidden gem stone inside! These mineral formations started out as hollow bubbles in a layer of rock. Over time the bubble fills with water, exposing the minerals in the rock to different elements that get trapped inside. The water eventually evaporates and allows crystals to form, and voila — a geode is born!

There are more than 3,500 different families of minerals and about 200 of them are different gemstones! Here are some of the most famous: 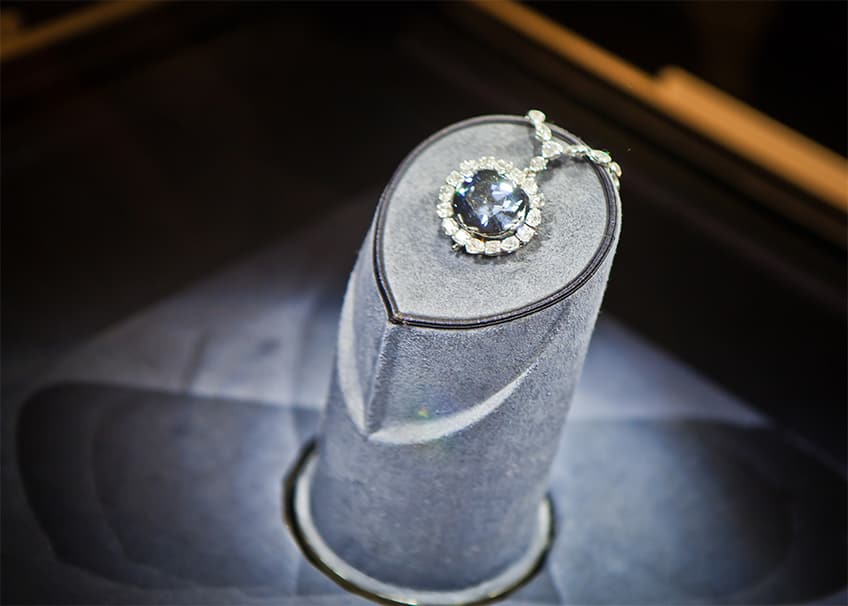 The Hope Diamond is a rare blue diamond worth between $250 million and  $350 million dollars. It’s also said to be cursed by anyone who wears it!

The Star Of India 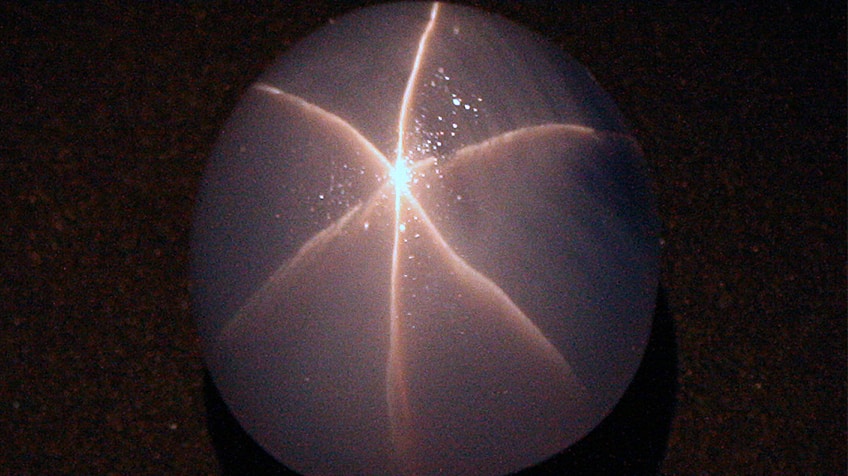 The Star of India is the world’s largest blue star sapphire. That’s a special kind of sapphire that refracts the light (that's when the light hits the object it changes directions) in a six-pointed star pattern. It’s worth $300 million dollars! 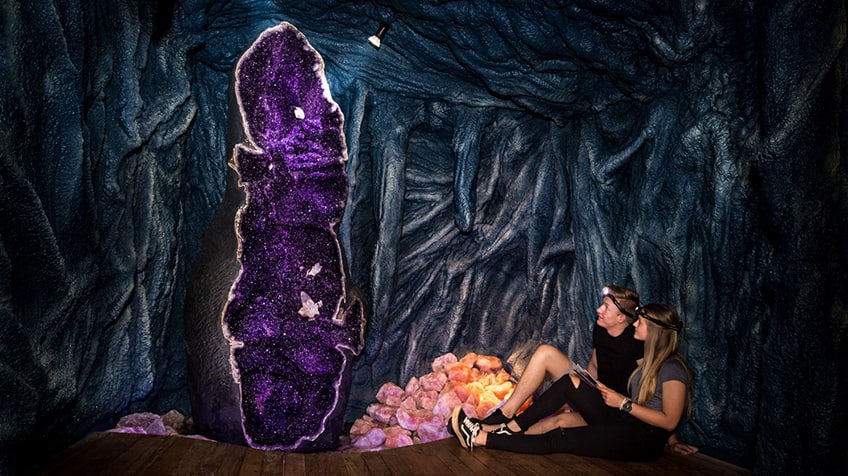 The world’s largest amethyst (say “am-a-thist”) geode was mined in Uruguay in 2007. It stands 3.27 metres tall and weighs 2,500 kilograms. It is on display in The Crystal Caves museum in Atherton, North Queensland, Australia.

The Cave of Crystals 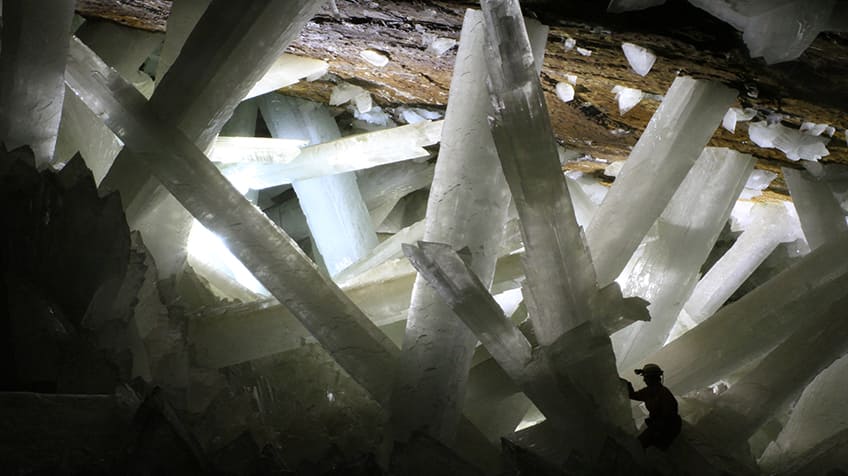 The Cave of Crystals in Mexico contains some of the biggest crystals ever found. One crystal is actually 12 metres long, four-metres in diameter and weighing in at 55,000 kilograms! 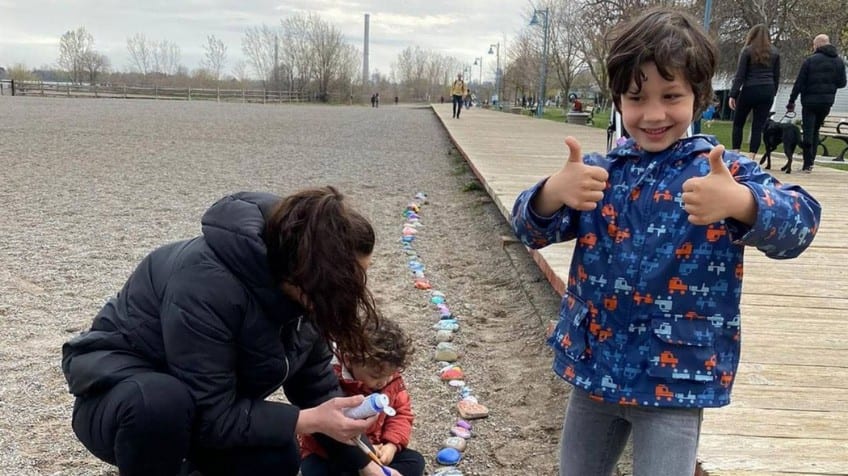 #FeelGood
Love rainbows and snakes? Check out this colourful creation!