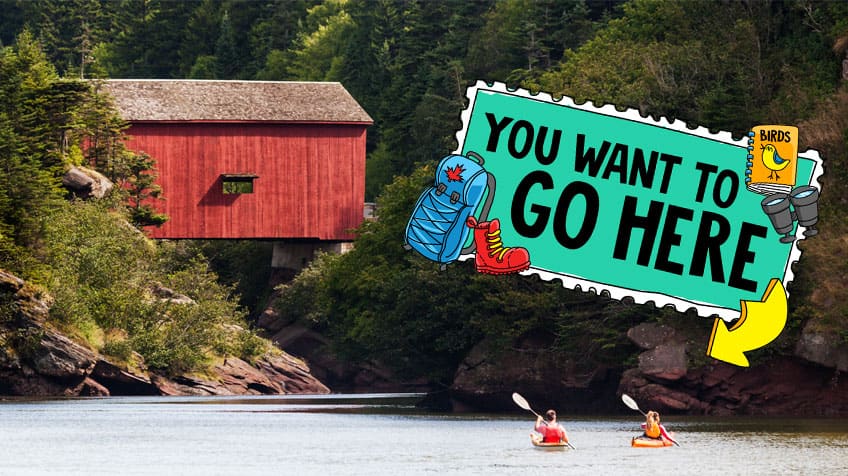 Canada’s 150th birthday party is going on all year! Parks Canada is celebrating by making all national parks, historic sites and marine conservation areas free to visit. Why not take a trip to see the highest tides in the world? You can find that and lots more at Fundy National Park in New Brunswick. 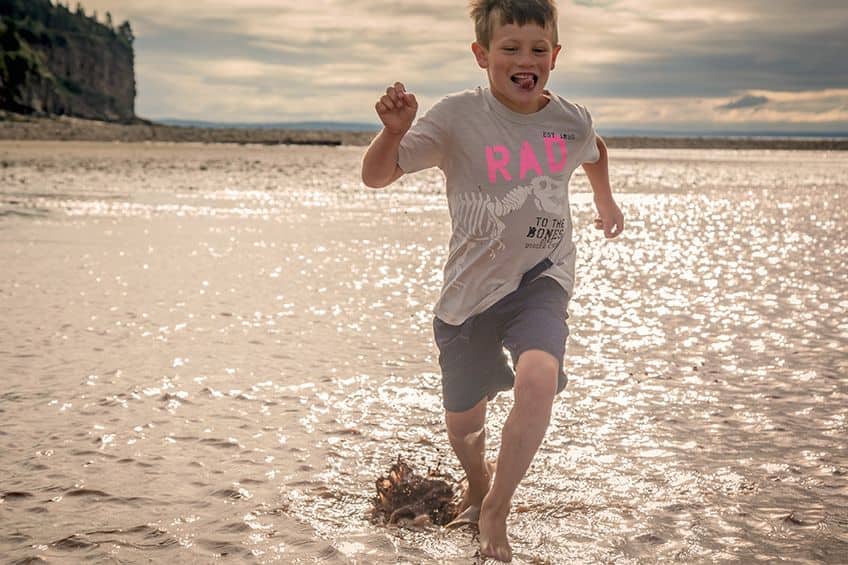 When the tide goes out you can walk on the ocean floor! (Dale Wilson / ©Parks Canada / Fundy National Park)

The Bay of Fundy is a 250 kilometre-long body of water in between the coasts of New Brunswick and Nova Scotia, and the park that gets its name from the Bay is right on its shores. The park is on the southeast coast of New Brunswick, about a two-hour drive from Fredericton or one hour from Moncton. There’s a small fishing village just outside the park called Alma. 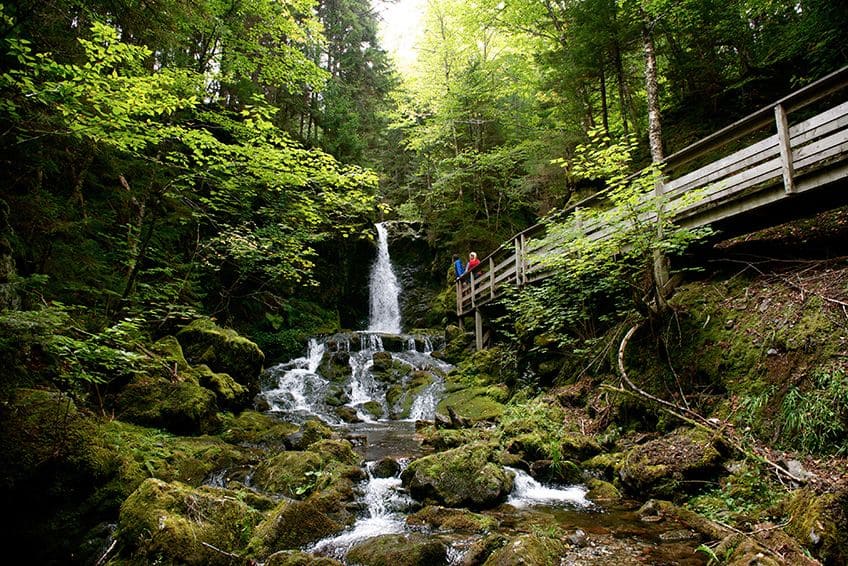 There are hiking trails that lead right into the heart of the park where you can find waterfalls. (Dean Casavechia / ©Parks Canada / Fundy National Park)

This park’s main attraction is one of the world’s natural wonders! The Bay of Fundy has the highest tides on the planet. Tides are the natural ebb and flow of the oceans, caused by gravity and the movement of the Earth. Because of the unique shape of the Bay of Fundy, the tides there are more dramatic than anywhere else. Twice a day, water from the Atlantic Ocean comes into the bay and fills it up like a bathtub — that’s high tide. Then over about six hours, the water leaves the bay and goes back into the ocean. 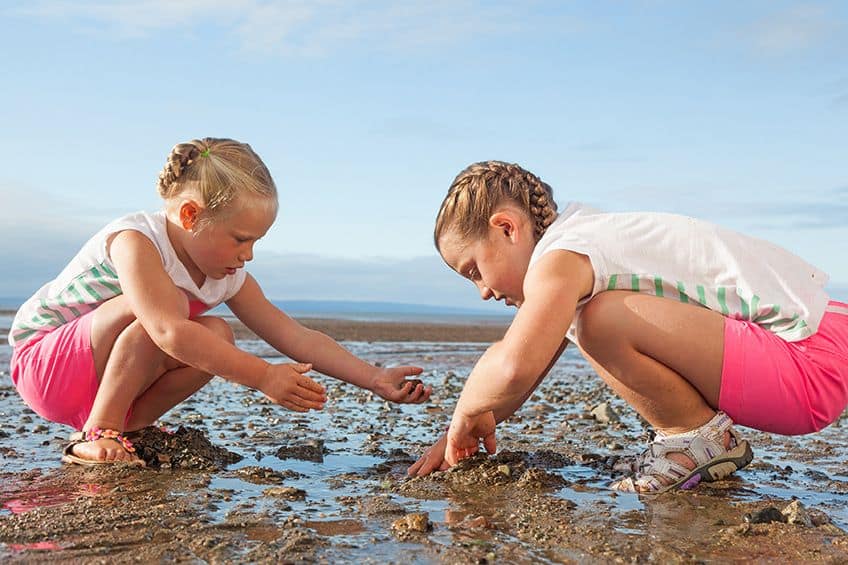 When it's low tide you can play in the mud and seaweed or get a park naturalist to show you the ecosystem at your feet. (Dale Wilson / ©Parks Canada / Fundy National Park)

When the water’s at its lowest, that’s called low tide. The difference between high and low tide in the Bay is 16 metres, as tall as a four-storey building! When the tide is out you can actually see the ocean floor. Visitors can explore the mudflats left behind by the tide and the unique sea creatures that live in them. 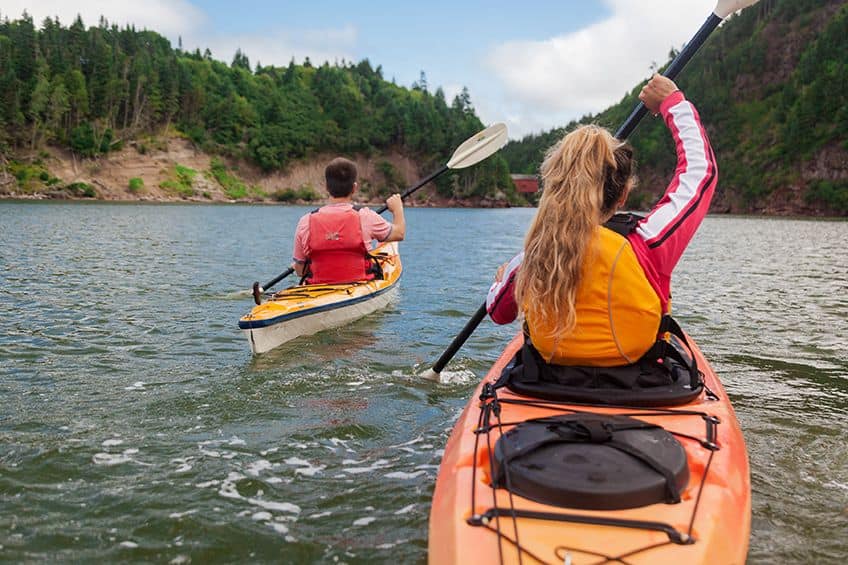 Kayak with your family or on a guided tour around the Bay of Fundy during high tide. (Dale Wilson / ©Parks Canada / Fundy National Park)

The park has guides who lead walks through the Bay at low tide to explain all of the awesome forces of nature at work! At high tide there’s kayaking or canoeing among the rocks and cliffs shaped by the water. 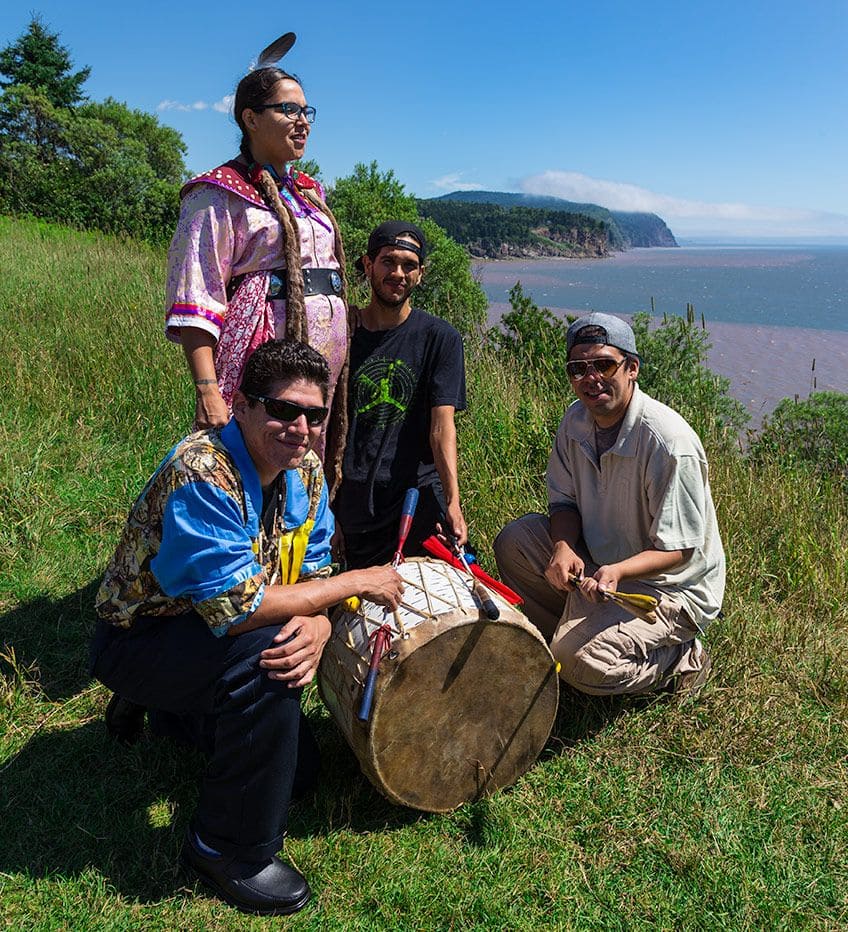 Fundy Mawew is a celebration of New Brunswick’s Mi’gmaq Culture. You might see traditional drum groups such as this one, The Moose Crossing Singers. (Brian Townsend / ©Parks Canada / Fundy National Park)

The tides aren’t the only thing to see in Fundy National Park. Surrounding the Bay are forests and rivers, perfect for hiking and geocaching. The park celebrates Maritime culture with music festivals and a weekly “kitchen party” where actors and musicians re-enact an authentic Atlantic Canada gathering with dancing and singalongs. It’s held at the historic home of Molly Kool, the first woman sea captain in North America! 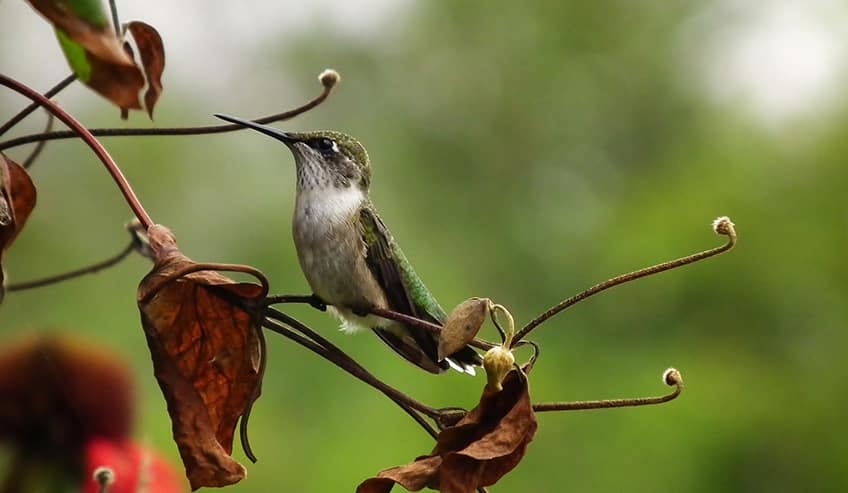 There are lots of hummingbirds that you can see in Fundy National Park. (Photo by Ginette Doiron licensed CC BY-SA 2.0)

The Bay of Fundy is on the migration route for lots of birds, including tiny hummingbirds that are fun to spot. The cliffs are home to peregrine falcons, and in the woods you might see moose, beavers, deer and even flying squirrels! 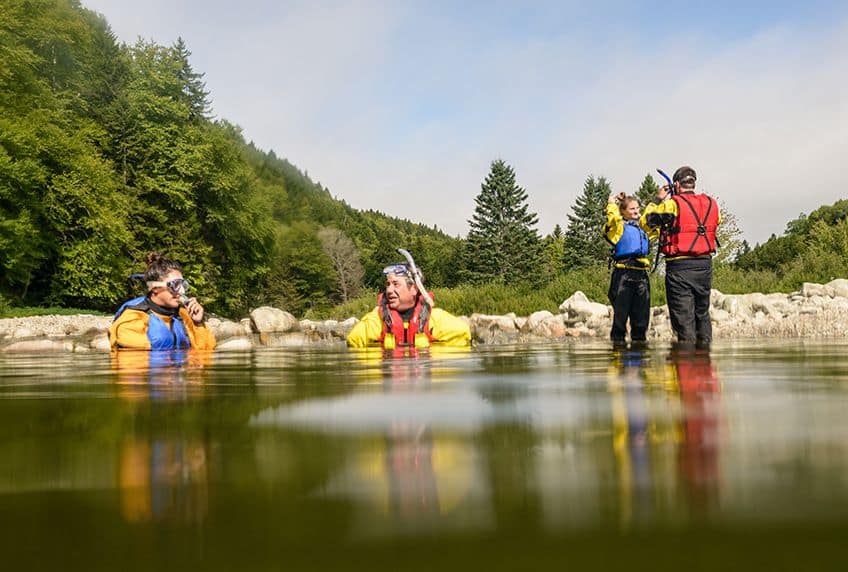 You can join park biologists and First Nations experts to swim with the salmon in September. (Nigel Fearon / ©Parks Canada / Fundy National Park)

If you want to get even closer to nature try the park’s special swim with the salmon experience in September, when the salmon return to the rivers of the park. With snorkels and masks, adventurers look for the rare Bay of Fundy salmon and learn more about their fight for survival, while helping scientists track the fish. 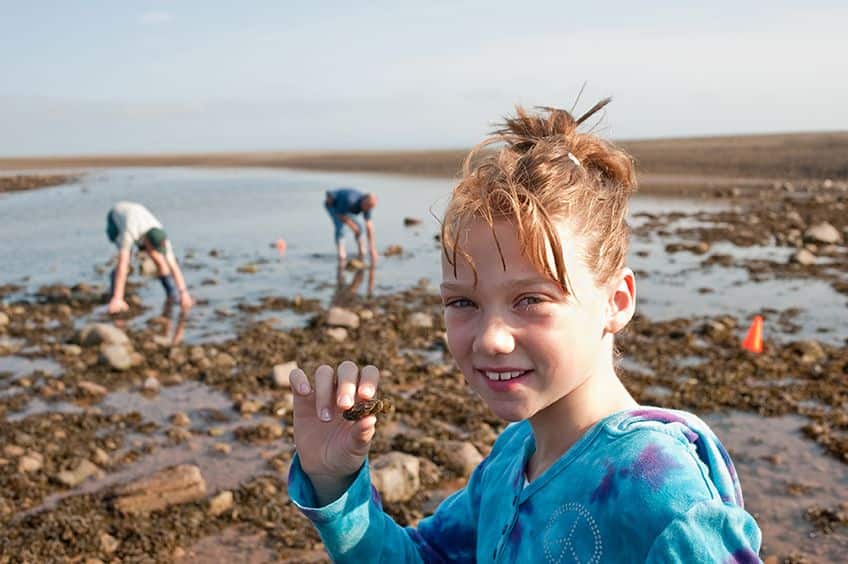 There’s lots to do and see at Fundy National Park. And it’s probably the only time you can say that you went for a walk along the ocean floor without putting on a diving suit! 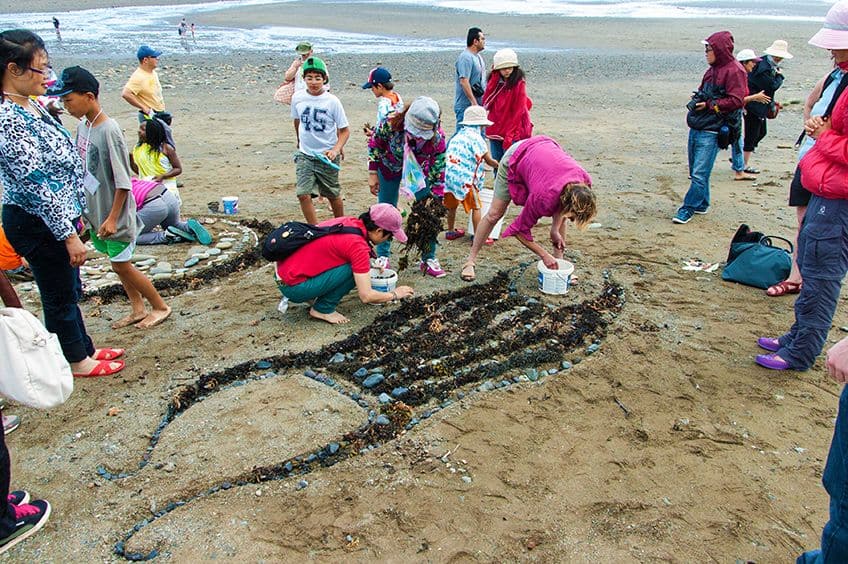 Every year there are different art programs at the park. One year, they had the Tidal Art summer program where artwork is created by kids 6 to 12 out of stones and seaweed on the beach when the tide is out. (Brigitte LeBlanc / ©Parks Canada / Fundy National Park) 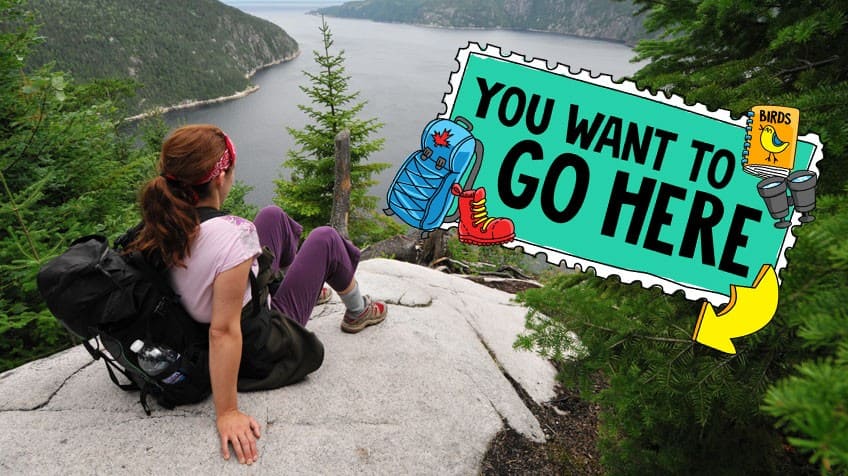 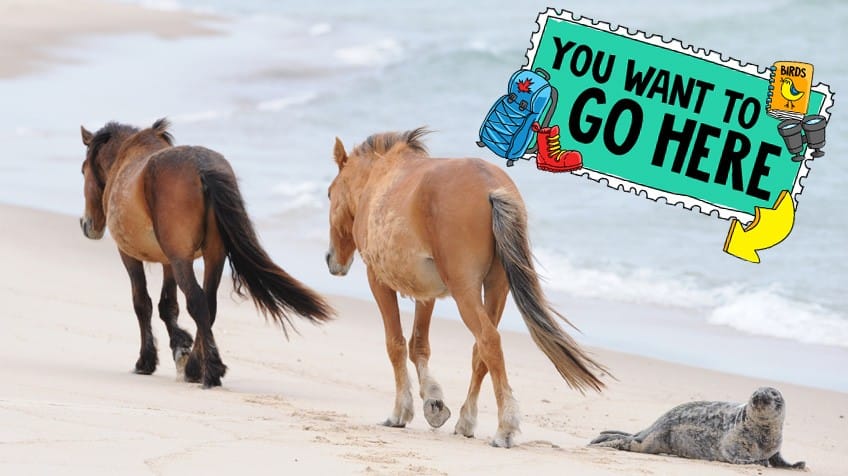 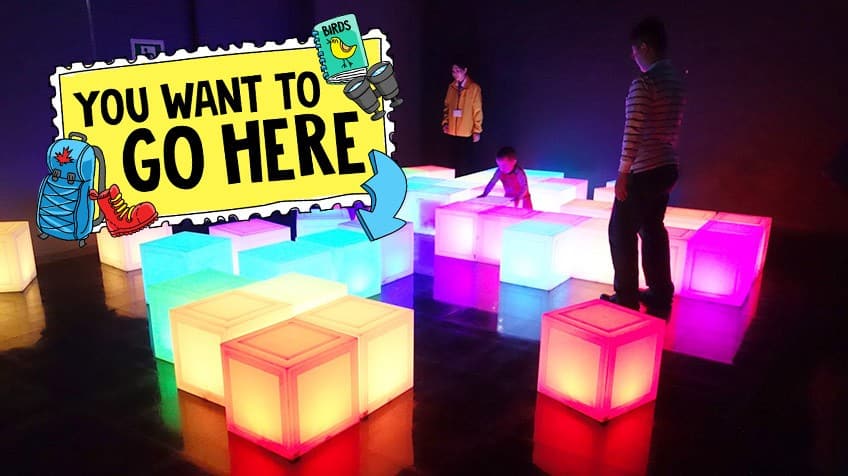 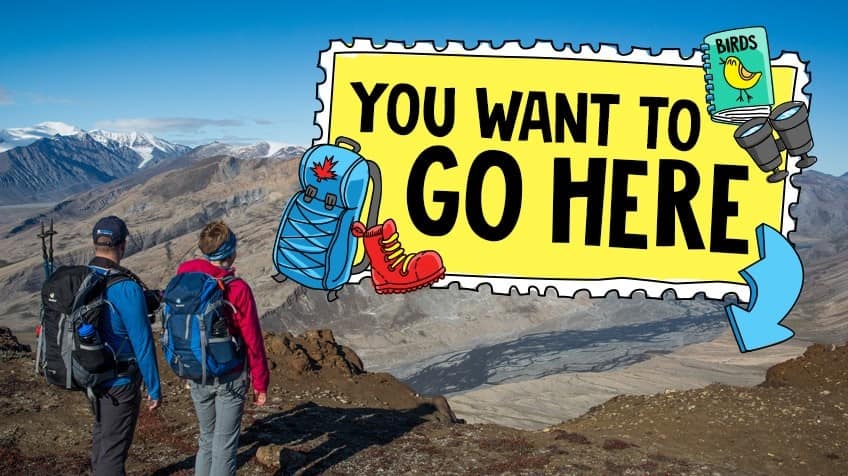