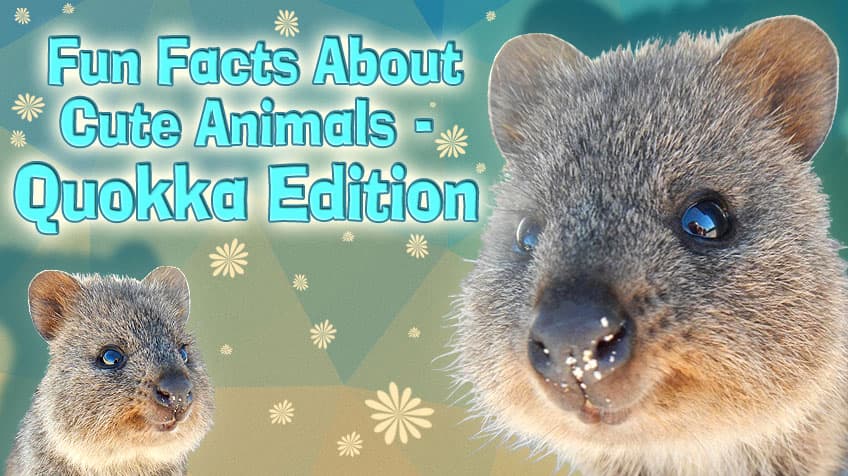 The quokka may be the cutest animal you’ve never heard of. They’re found only in the southwestern part of Australia where there are only about 20,000 in the wild. The quokka is about the size of a cat or rabbit, with a long skinny tail that sometimes get the quokka mistaken for a rat. But once you see their big black noses and smiling mouths you won’t think quokkas look ratty at all. Quokkas are actually more closely related to Australia’s famous animal the kangaroo.

Quokkas, like kangaroos, are marsupials, which means they are mammals that carry and nurse their babies – called joeys – in pouches in their stomachs. Like the kangaroo, quokkas also have strong back legs to hop around in vegetation and thick grass. 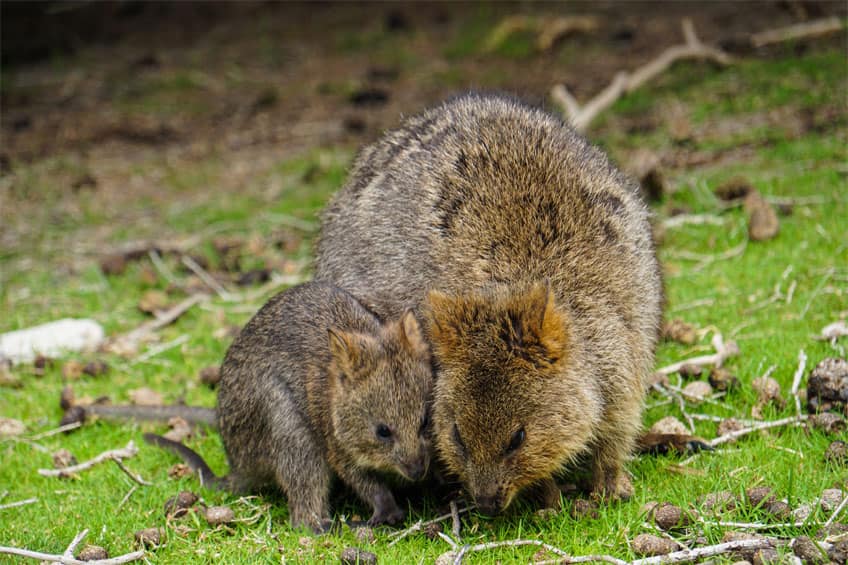 Quokkas live in a small corner of southwestern Australia, and even there they’re now mostly found on two islands off the Australian coast – Rottnest Island and Bald Island. There they don’t have to worry about the predators, like cats and foxes, which have made them very scarce on the mainland. Quokkas like to live in close to fresh water and swamps, but can also do quite well drier spots, as long as they can find some shade and plenty of grass and leaves. 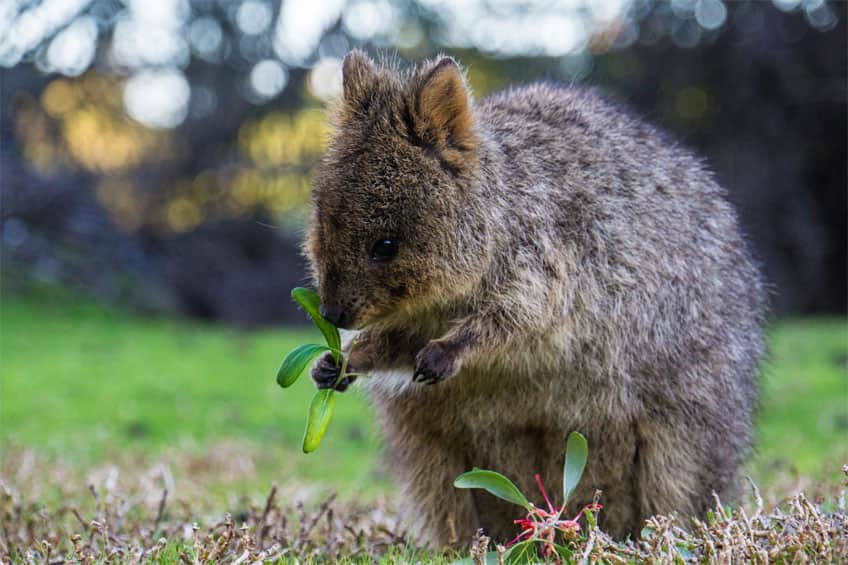 Quokkas, especially the ones on Rottnest Island, aren’t afraid of people. In fact they often come right up to people or visit cafes and campsites looking for free meals. Unfortunately human food doesn’t agree with quokkas so there are rules against feeding them. The best food for a quokka is plants – they actually get most of their water from eating leaves and grasses, which helps them survive Australia’s often very dry weather. A quokka can even go months without drinking water. 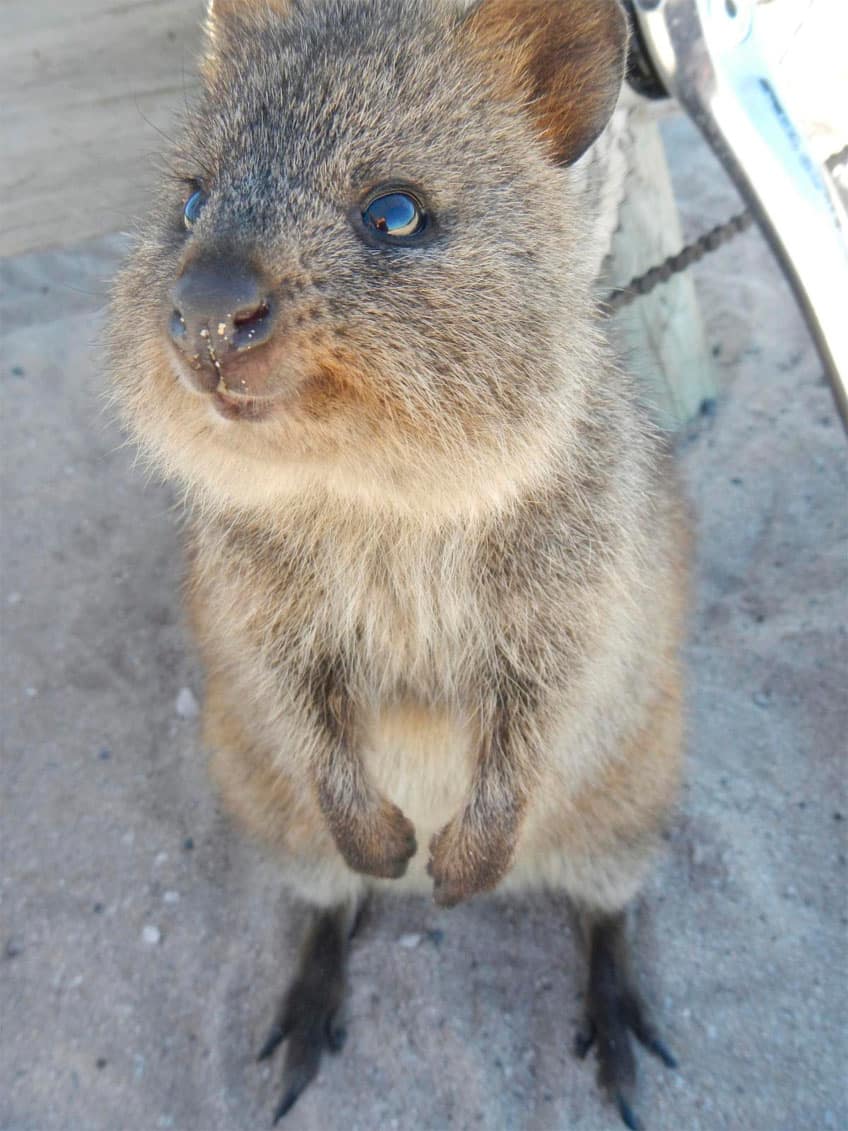 4) Quokkas are into the nightlife

Quokkas are nocturnal, which means they sleep during the day and wake up at night when it’s cooler. Quokkas can often be found napping in the shade during the day. They make tunnels through tall grass so they can move about quickly without being seen and can climb trees to look for food like leaves and fruit. 5) That quokka may not actually be smiling at you

The main reason for the quokka’s extreme cuteness is its face, with that little smile that makes them seem super-happy. That may just be the way the quokka’s mouth is shaped though. Quokkas also open their mouths to pant, like dogs, when they get hot, which sometimes look like the quokka is giving us a big smile. Whatever the reason it’s a smile that’s hard to resist! 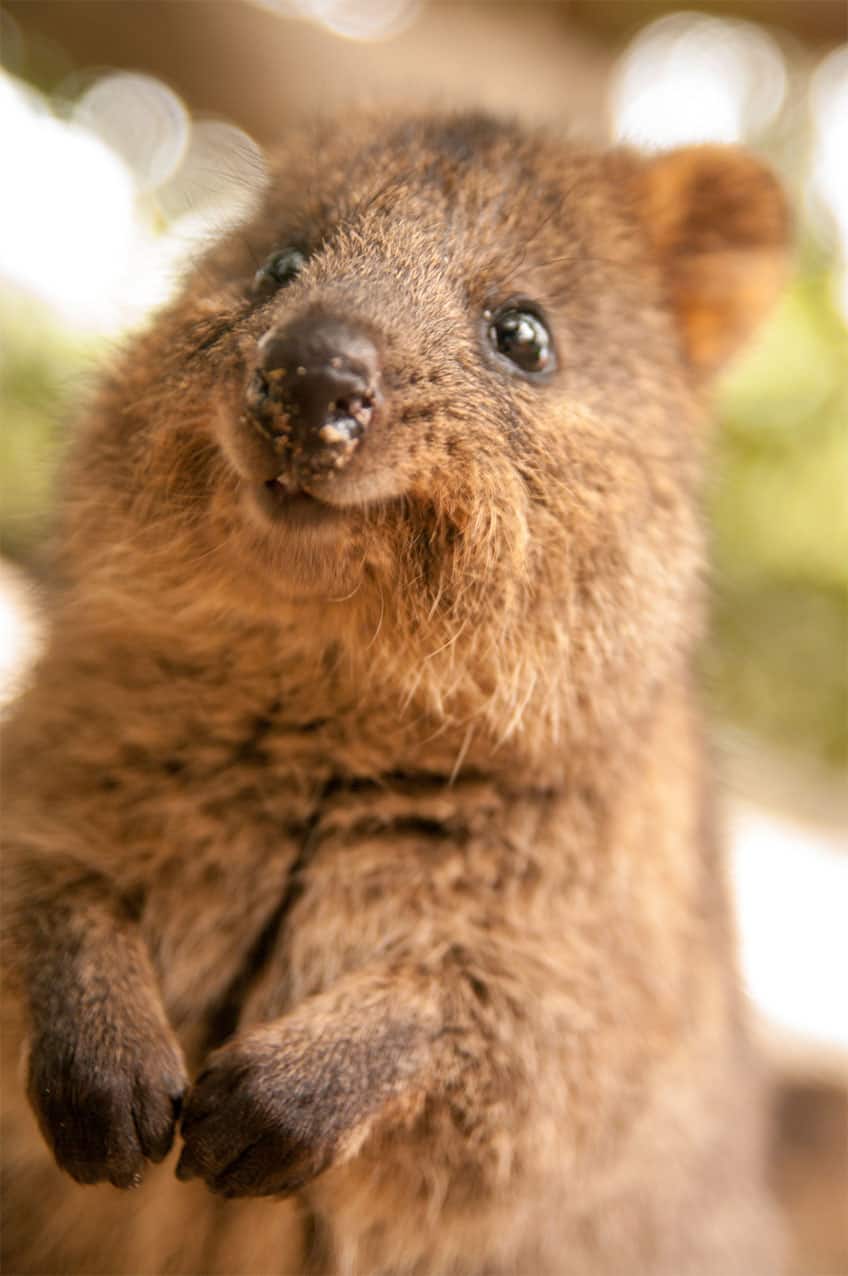 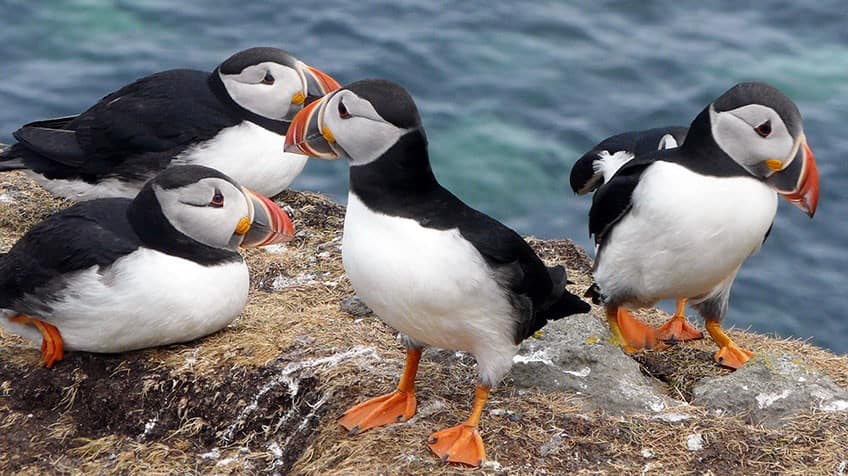 Fun facts
Learn about the clowns of the sea 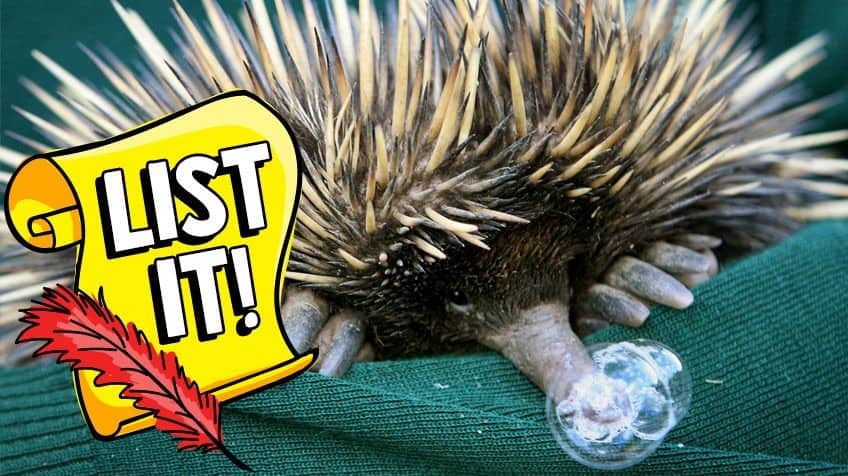 Cool Critters
Australian animals: the cute, the scary and the just plain weird 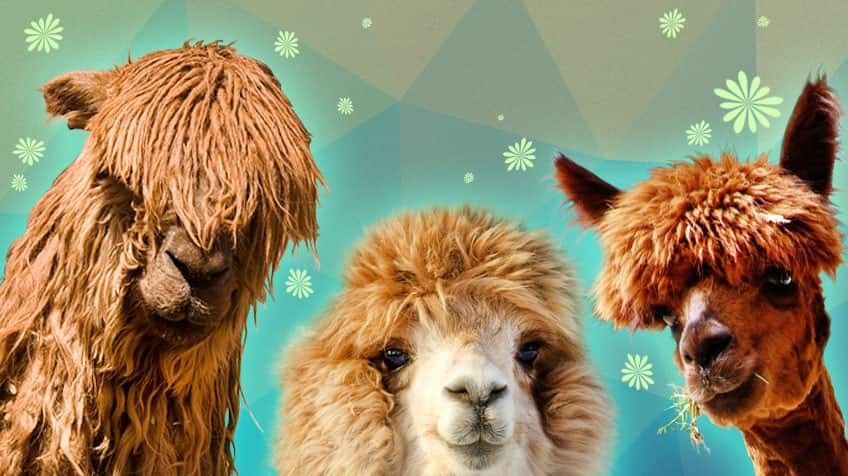