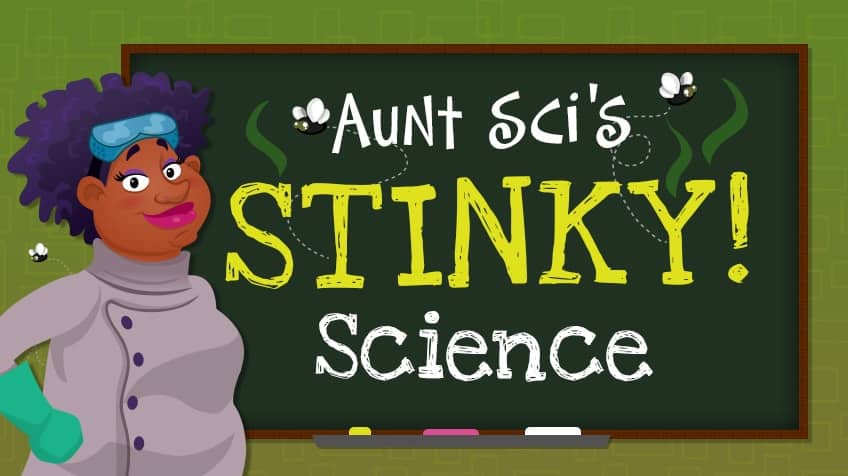 Hey kids, can you smell what Aunt Sci is cookin’? That’s right. It’s the sweet smell of knowledge. And today we’re learning about the stinky science of smells. Ever wonder how your old sniffer actually works? Well your Aunt Sci is a science talkin’ gal and together we’re gonna learn all you need to know to pass the ‘sniff test.’ 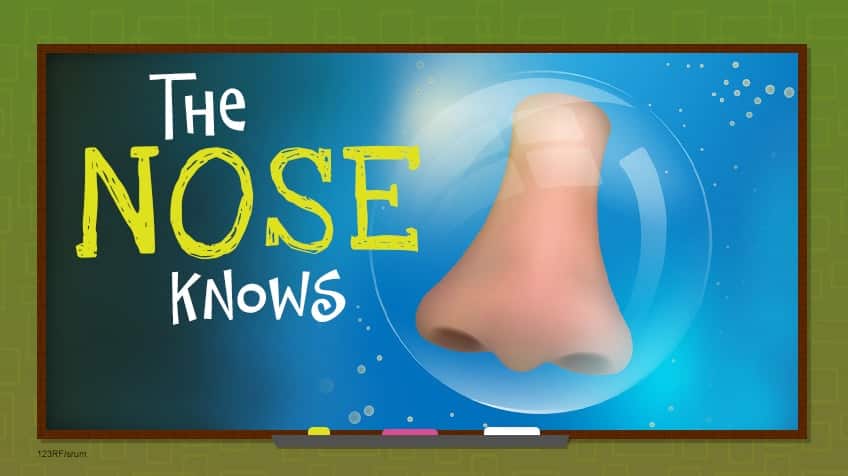 The nose knows, right? But how?  Well, your nose is full of tiny little sensors that can detect smell molecules in the air. But what are molecules, you ask? They are collections of atoms — those teeny-tiny bits of stuff that combine to make up everything, like the LEGO of nature. When we suck in air through our nose, the molecules hit thousands of sensors in there that are connected to something called the olfactory bulb in our brain. It’s the gland in your noggin’ that tells your brain what stuff actually smells like. It’s also in the same part of your brain that controls your memories and emotions. So, if the smell of hot buttered popcorn makes you happy and reminds you of your favourite movie, you’ve got the olfactory bulb to thank for it. 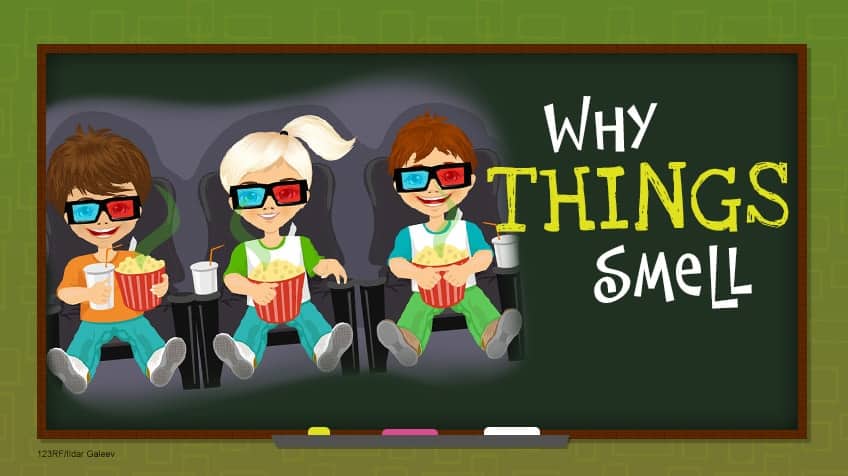 But why are stinky molecules so stinky? And how do roses smell so sweetly while cabbage, not so much? All smell molecules are made up of the same atoms: carbon, nitrogen, hydrogen, oxygen and sulphur. The amount, type and space between the different atoms determines what the smell actually smells like. The stinkier something is, the heavier and more spread out its molecules are. Good smells usually have lighter, more compact molecules. Stinkier molecules also usually have a lot of sulphur atoms in them. That’s what makes rotten eggs stink. So if dad’s been in the bathroom a long time there’s gonna be one big, heavy, sulphur-y cloud of stink molecules in there. Better get some nice light, compact molecules in there to clear the air! 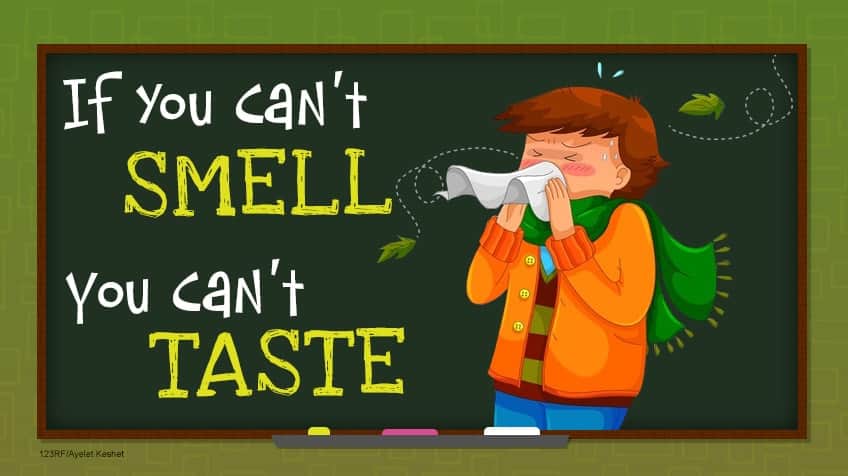 Our noses are amazing. We can smell nearly one trillion different smell molecules. That’s a lot of different stinks! In comparison, our sense of taste can only detect six different tastes: sweet, salty, sour, bitter, richness (like butter) or astringent (like green apple). On top of that, smell gives us 90% of our taste. Remember the last time you had a stuffy nose and dinner didn’t taste so great? That’s because you couldn’t smell well. The nose is also as powerful as the gizmo scientists actually use to identify atoms. That’s right — you’ve got a living, breathing spectroscope sticking out of the front of your face.  Pretty cool, right? But smelling isn’t just for getting you to the dinner table or knowing when the bathroom is safe to use. Your sense of smell can also keep you safe. If a smell makes you feel sick then chances are that eating the stinky item will actually make you sick. Scientists believe this trait evolved to keep our ancient ancestors safe in the wild from poisonous or rotten food. Of course not everything that smells bad is bad for you. Just take brussels sprouts for example. Delicious!

So that’s the nose news. Now the next time you “smelt it” and someone asks who “dealt it,” you can tell them Aunt Sci.  Er, I mean Aunt Sci told you that molecules did! 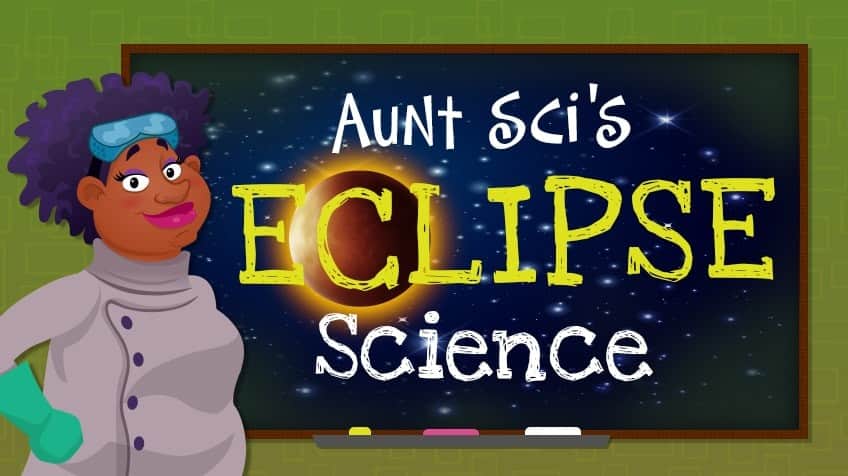 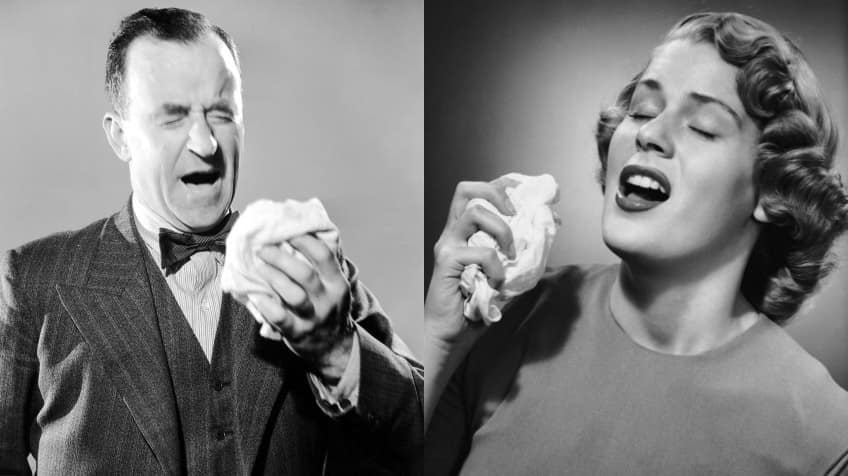 Fun Facts
5 ways people used to cure a cold — and some are still used today! 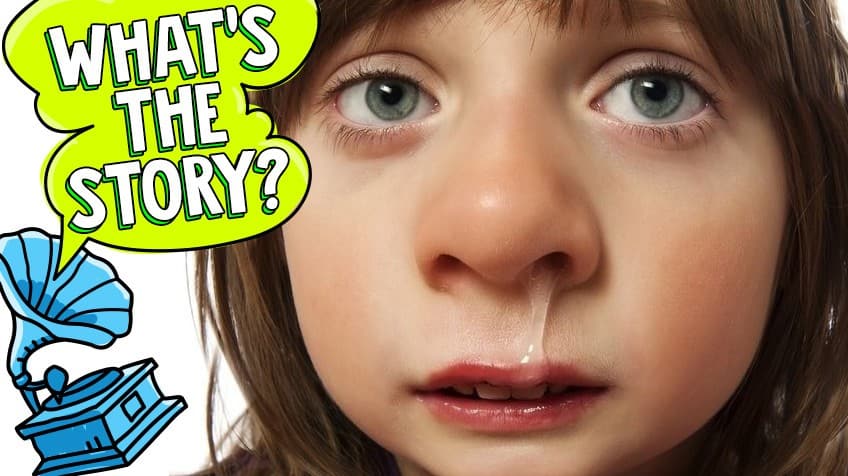 Body Goo
What’s the deal with all this snot? 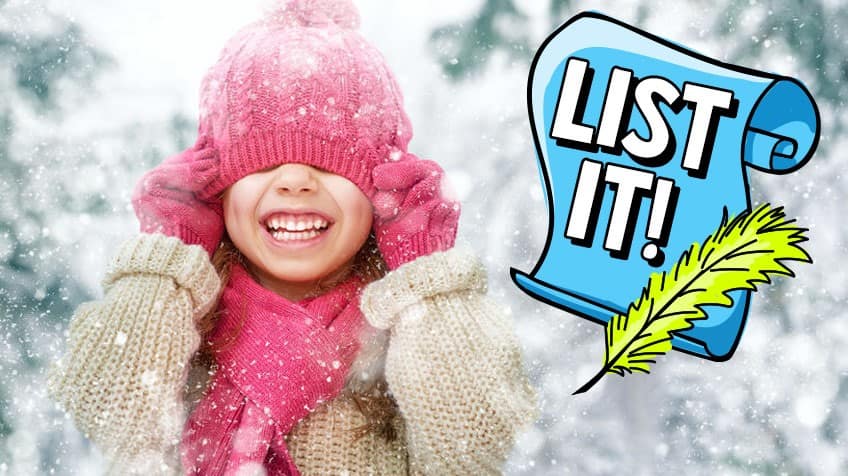 Frozen facts
6 frigid facts about being out in the cold!