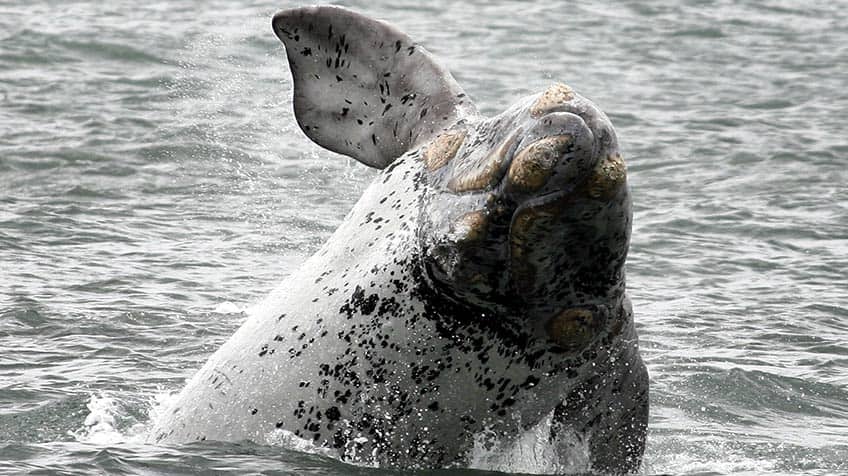 Albino animals have a quirk in their genes. They’re born without any colour in their skin, hair and eyes, so they usually look completely white, often with red-coloured eyes. This is different from animals that grow white fur in the winter, or other animals that have white coats year-round. Albino animals are very rare, so when one appears everyone takes notice. Here are a few of the most famous of these unique animals. 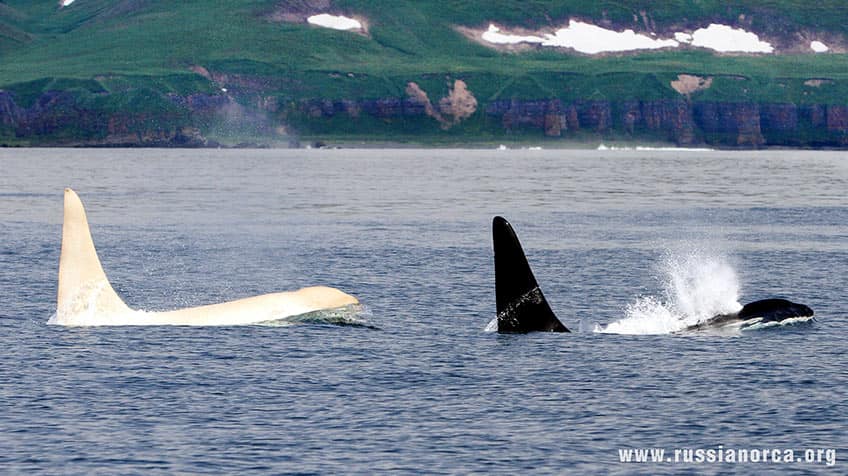 This September, Iceberg, the albino killer whale was spotted in the Pacific Ocean around eastern Russia. Scientists were excited because Iceberg hadn’t been seen since 2012, and there was some worry that something had happened to him. But Iceberg seems to being doing well, swimming with his pod of regular-looking black and white killer whales. Iceberg has even more company—whale watchers have spotted a few more albino whales in the area, probably relatives of Iceberg.

An even bigger white whale lives off the coast of Australia. Migaloo is a humpback whale, and may be one of only 2-3 albino humpbacks in the world. He’s definitely the most famous. Migaloo is spotted regularly when he makes his yearly trek from Antarctica to Australia, and even has a website about him. 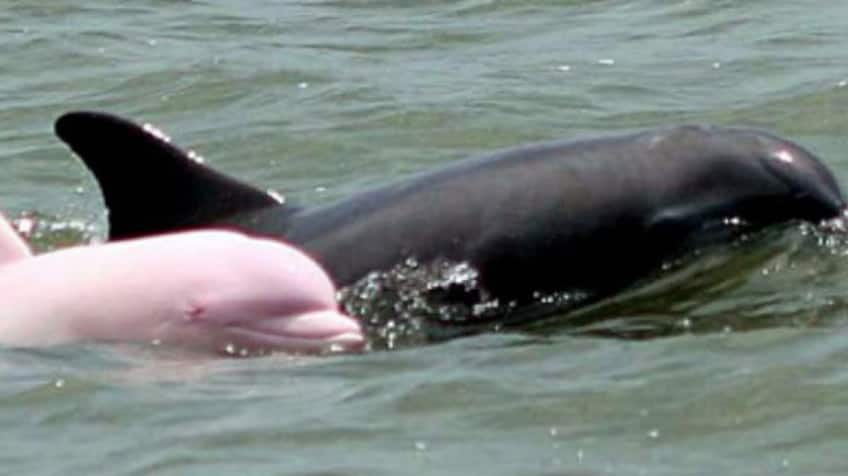 Louisiana’s famous bottlenose dolphin may not seem like an albino—that’s because she’s completely pink! The well-named Pinky is thought to have a bubblegum colour because her albino skin lets the reddish-pink of her blubber show through. Pinky seems healthy though, and has been spotted swimming in Calcasieu Lake for 10 years, since she was a baby pink dolphin. 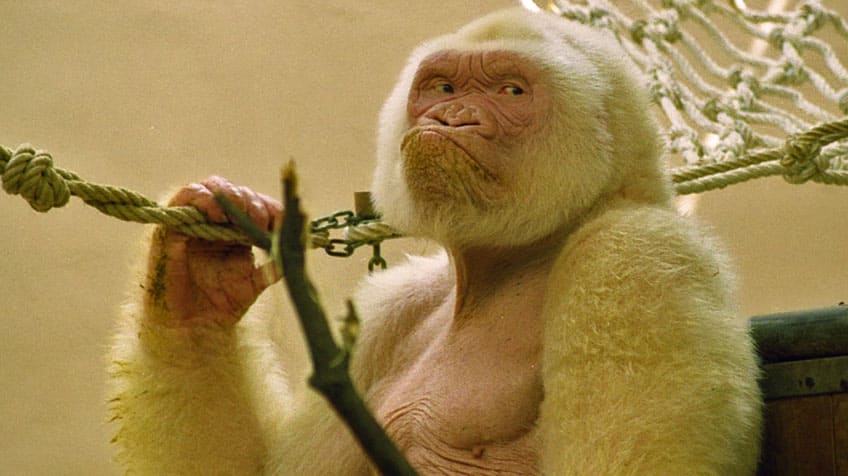 Snowflake, the only known albino gorilla, lived in the Barcelona Zoo in Spain for nearly 40 years. He had books written about him and a movie made about his life. When Snowflake became ill in 2003, thousands of people lined up at the zoo to visit him one last time before he died. Snowflake had several children and grandchildren; none of them are albinos, but they may carry the gene that causes it.

And a giant snail... 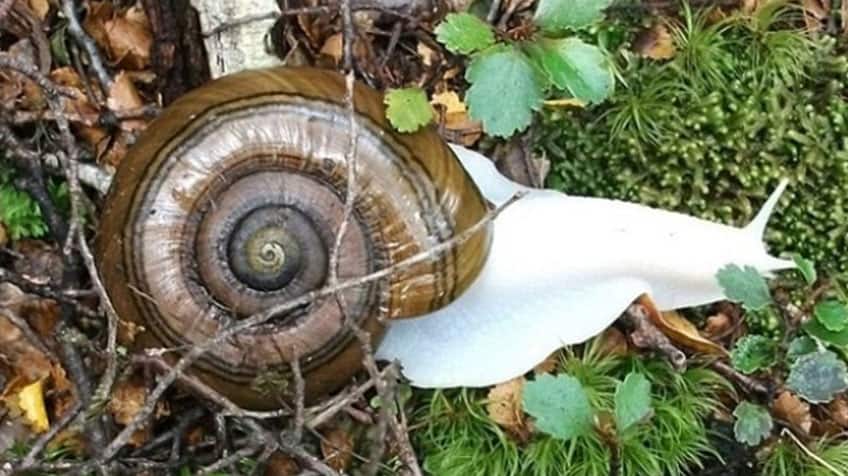 Not all albino animals are cute! The giant snails of New Zealand have shells the size of a person’s fist and even longer bodies. They live on land and, unlike most snails, they eat meat, mostly worms. Giant carnivorous snails are scary enough, but imagine finding one that’s eerily white! That’s what two hikers discovered in 2011 when they were walking through the forests of New Zealand’s South Island. The albino snail was thought to be 10 years old. Snail researchers went out to try and locate the rare creature but haven’t had any luck. Fortunately the hikers took pictures, proving that it wasn’t a ghost snail!

But there are white animals that are NOT albino! 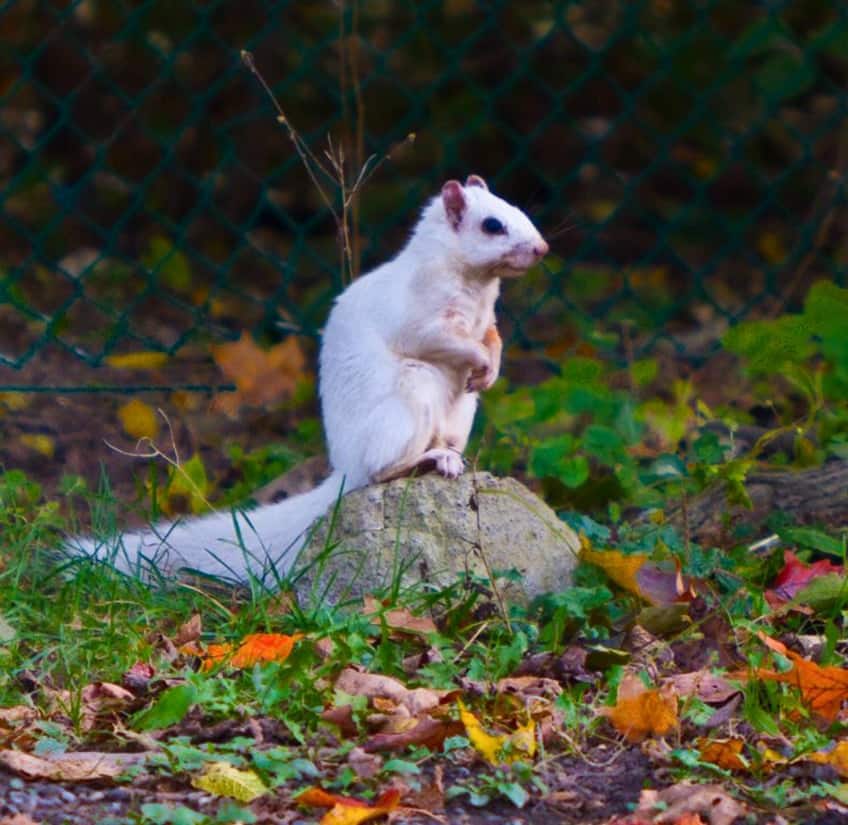 There are other very rare white animals in the wild, but that doesn’t mean they’re true albinos. There are animals that are only partly white and have normally-coloured eyes—that’s called leucism. It’s still passed down through families. You can see whole groups of white squirrels in places like Exeter, Ontario. There’s also British Columbia’s “spirit bears,” which live on the west coast. They’re part of the black bear species, but about 10% of this special group of bears have white or creamy fur. 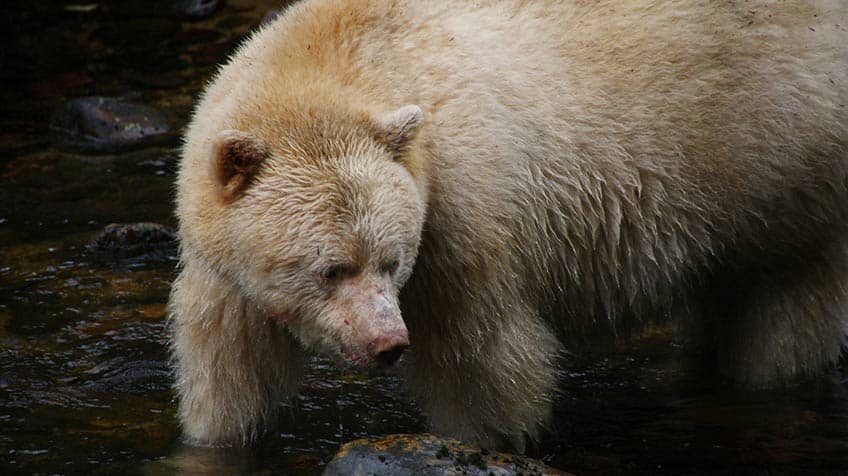 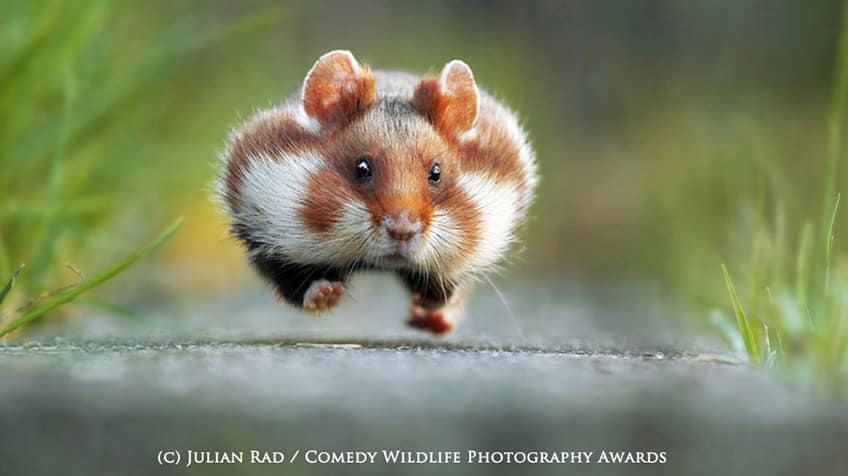 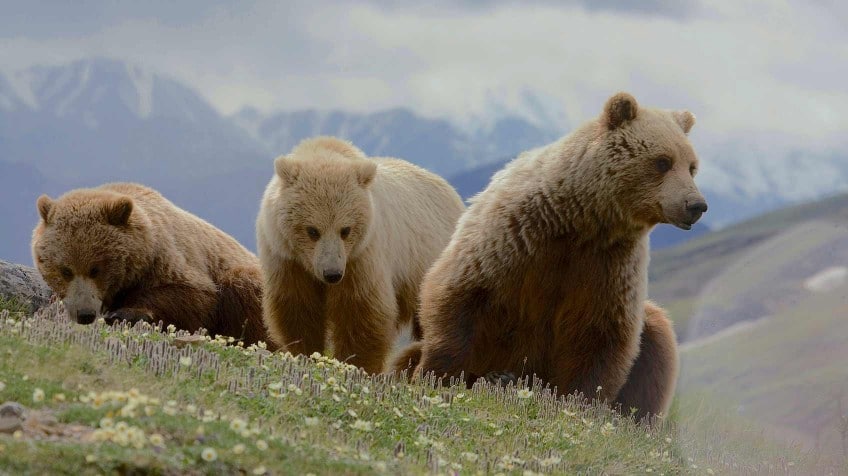 Nature Quiz
How much do you know about bears? 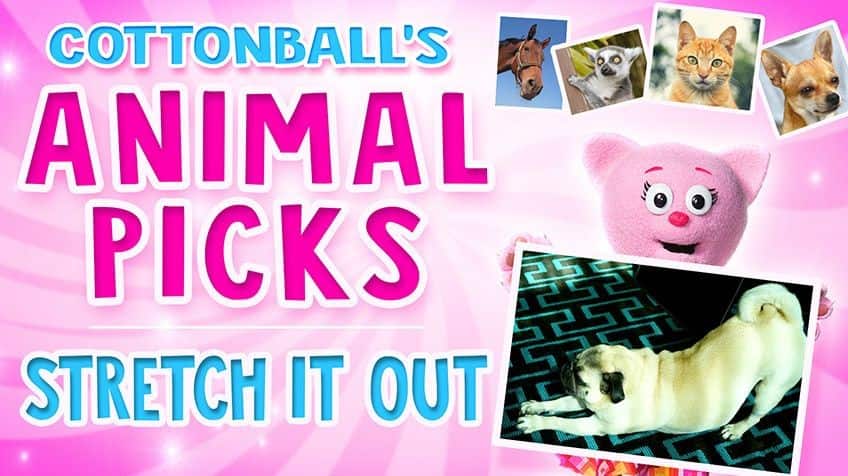