Winter is cold and it gets dark early, but winter can also be fun! There are lots of winter festivals happening in different communities around Canada, but we’ve made a list of eight of the coolest (Coolest! Get it?) events for you to check out. Which ones have you been to? 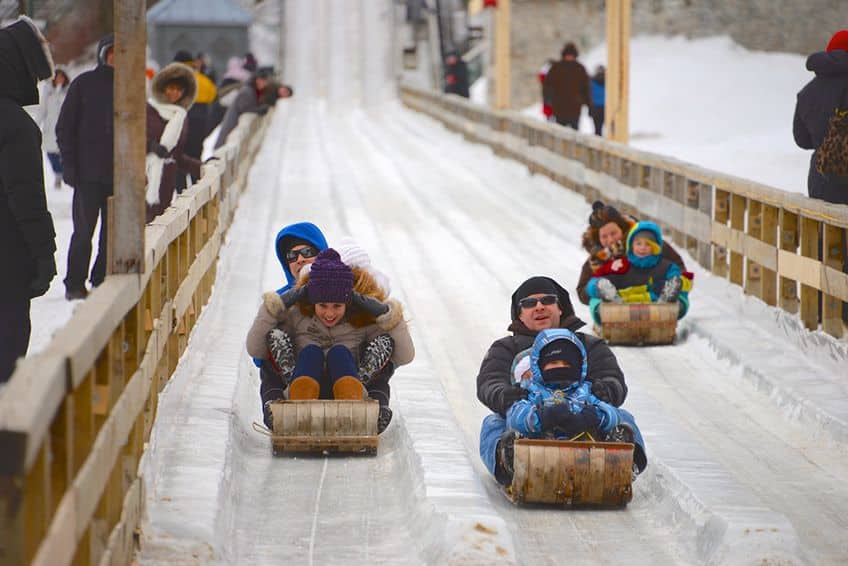 Tobogganing down the ice slide at the carnaval. (Photo by Jamie McCaffrey on VisualHunt / CC BY-NC)

One of the oldest and largest winter festivals in Canada (and in the world), Carnaval de Québec runs for two weeks starting on the last weekend of January. There’s lots to see and do like snow carving competitions, night parades, dogsled and canoe races and many chances to hang out with Bonhomme — the festival’s snowman mascot. 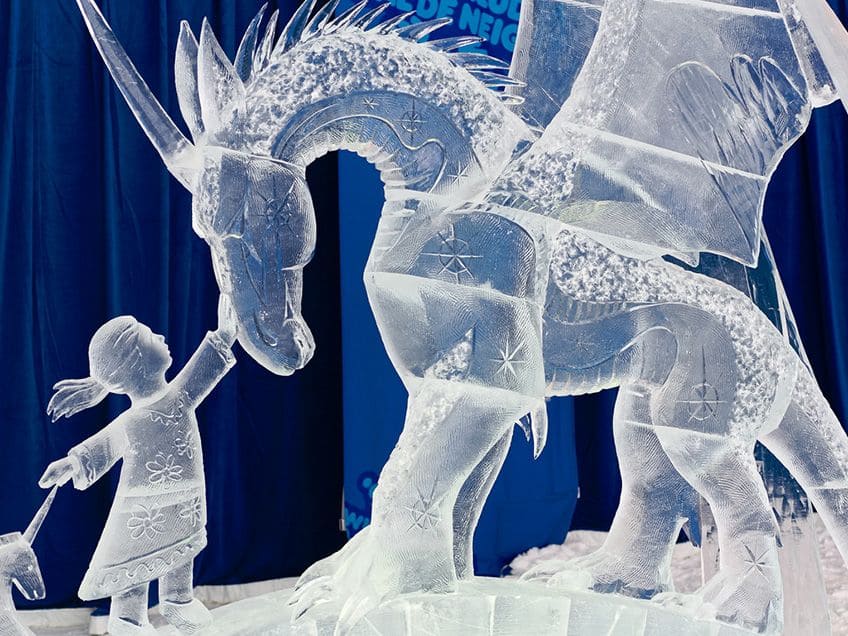 Winterlude takes place in Canada’s capital city during the first three weekends of February. Go ice skating on the eight-kilometre stretch of the Rideau Canal (the longest skating rink in the world!), check out the ice sculptures, the bed race and play in the massive playground of snow. 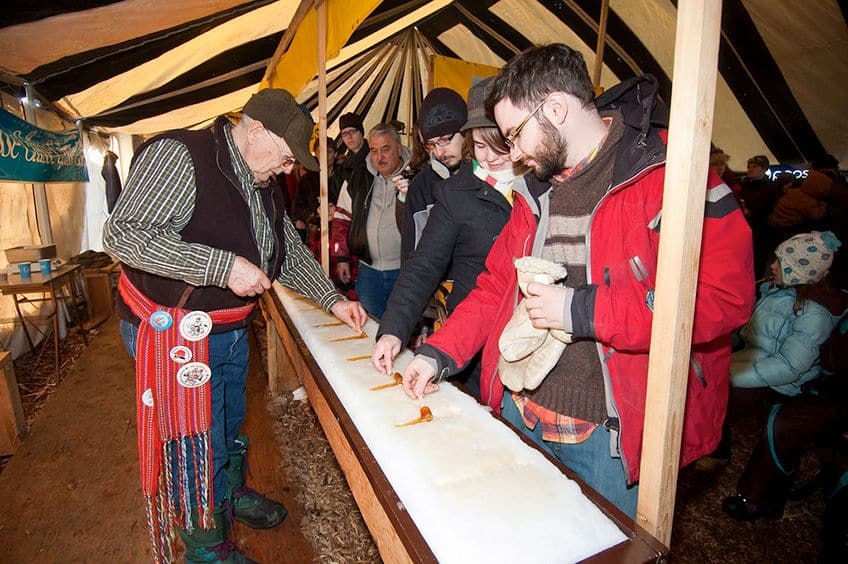 Sugaring off with some maple syrup candy at the festival. (Photo by Travel Manitoba on Visualhunt / CC BY-NC-ND)

This popular festival takes place in February and first started out as a way to celebrate the fur traders and indigenous people in the early days of Canada. There’s a beard-growing contest, dogsledding and lots of traditional music and food to enjoy. 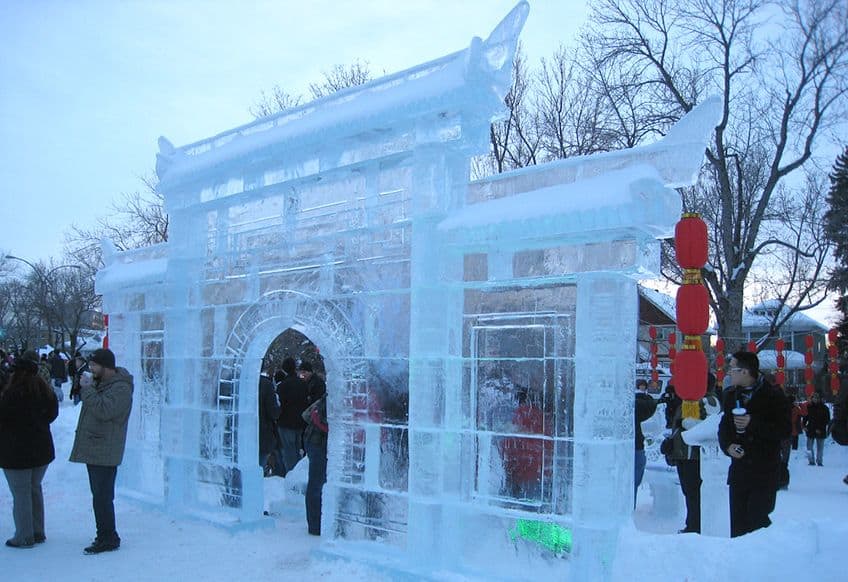 Ice on Whyte is a big ice-carving competition with ice sculptors coming to compete from all over the world! It happens the last weekend in January and the first weekend in February on Whyte Ave in Edmonton. There’s theatre, art, food AND ice-carving lessons! 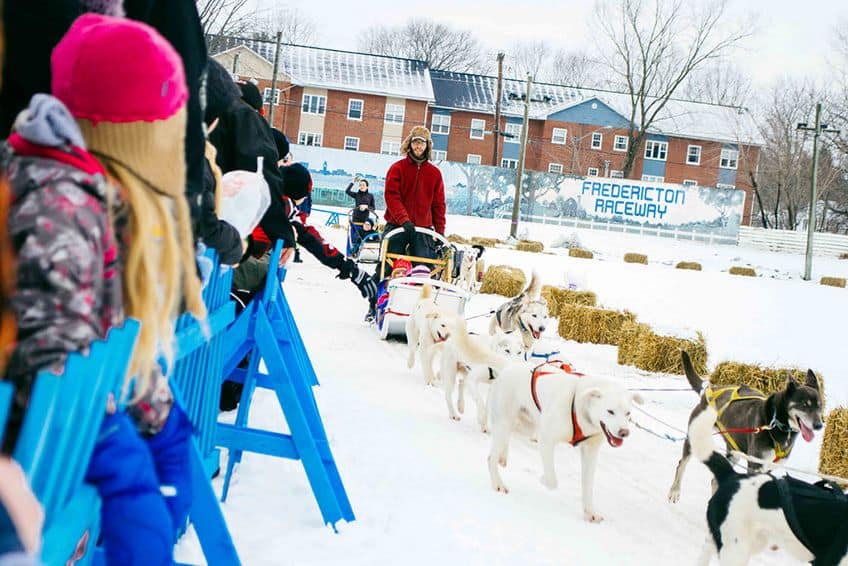 Dog sledding at the FROSTival. (Photo by justin.connors on Visualhunt / CC BY-NC)

Frostival runs for three weekends starting on the third weekend in January and has lots of events that take place inside and outdoors. There’s live music, arts and crafts, ice sculptures, a farmers market and a skate ski race. 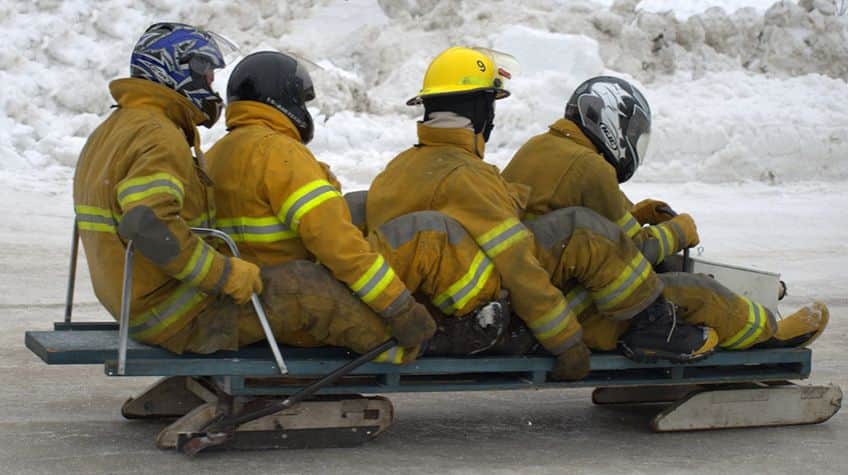 Sled racing at the winter carnival. (Photo by urbanworkbench on VisualHunt / CC BY-NC-ND)

At this end-of-January weekend festival in southern British Columbia there’s a lot going on: bobsled and luge races, live music, snow sculptures and slide, a variety show and firefighters' pancake breakfast! The Rossland Winter Carnival is said to be the oldest winter carnival in Canada and started by Olaus Jeldness from Norway in 1898. 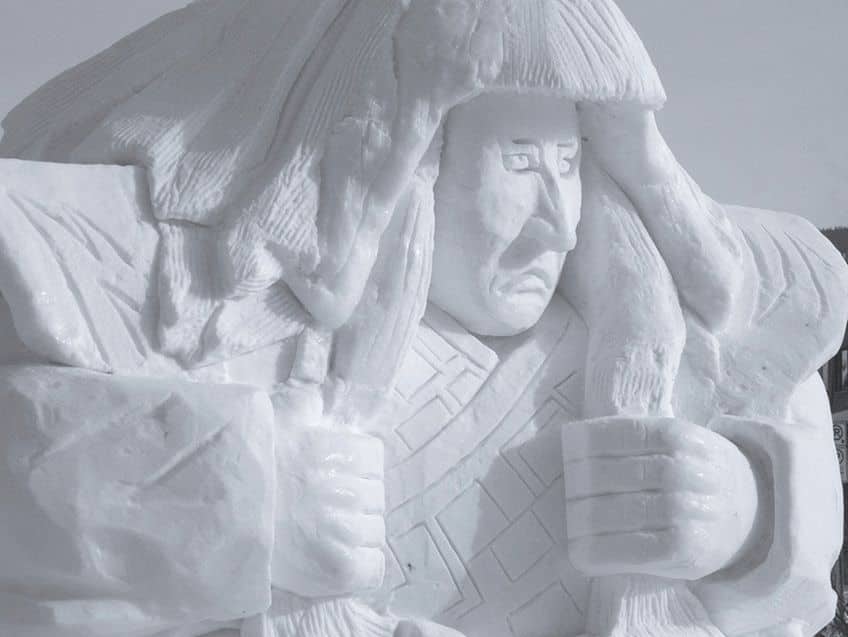 A snow sculpture from the 2006 competition. (Photo by Amanda Graham licensed CC BY-NC-ND 2.0)

During the third week of February you can watch dangerously exciting events like axe throwing, chainsaw chucking or log splitting. Or stay on the safe side at the pet parade ;) 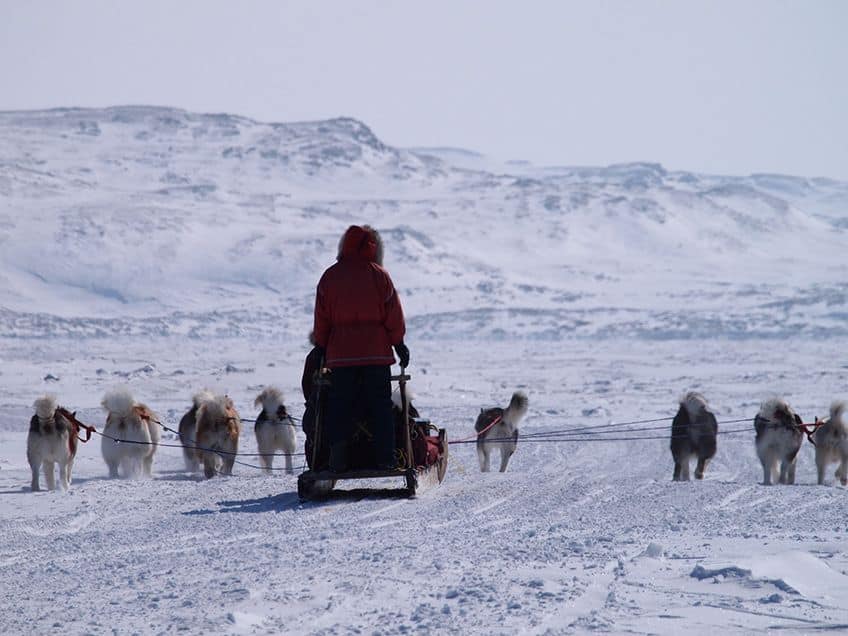 Heading out on the snow in a dog sled in Iqaluit. (Photo by The Bone Collector II on Visual Hunt / CC BY-NC-ND)

This festival takes place in April when the arctic temperatures are still quite cold in Nunavut. Locals get together to celebrate Inuit culture with competitive events like igloo building, fishing and cardboard-boat racing to name a few! 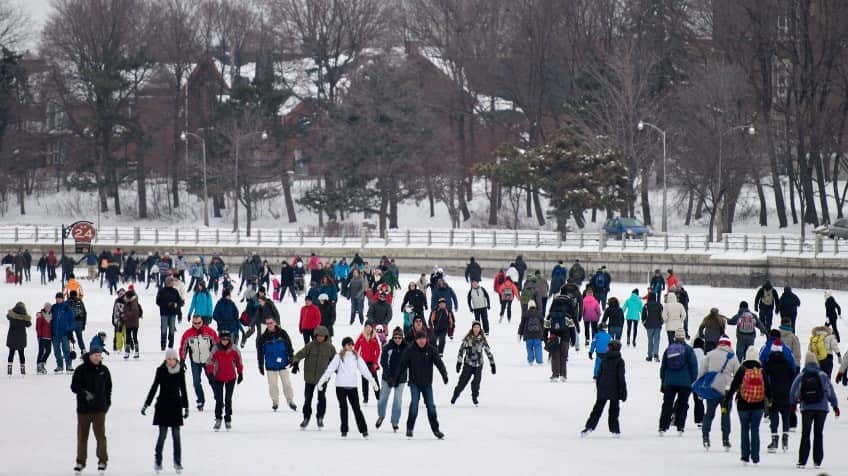 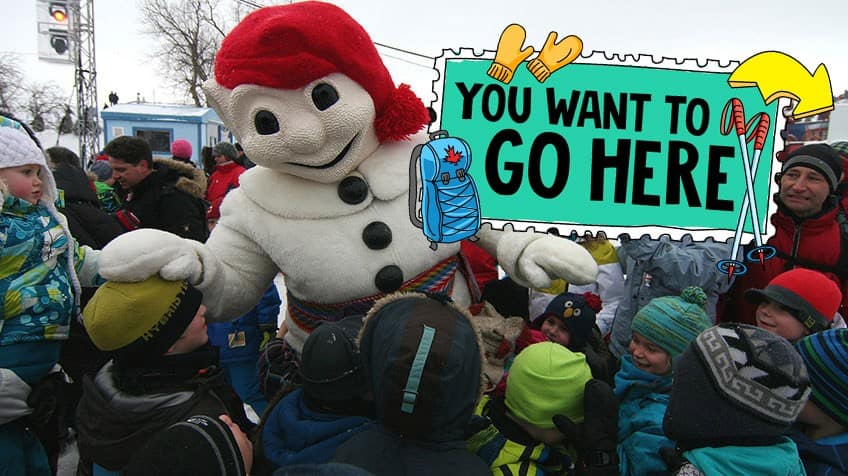 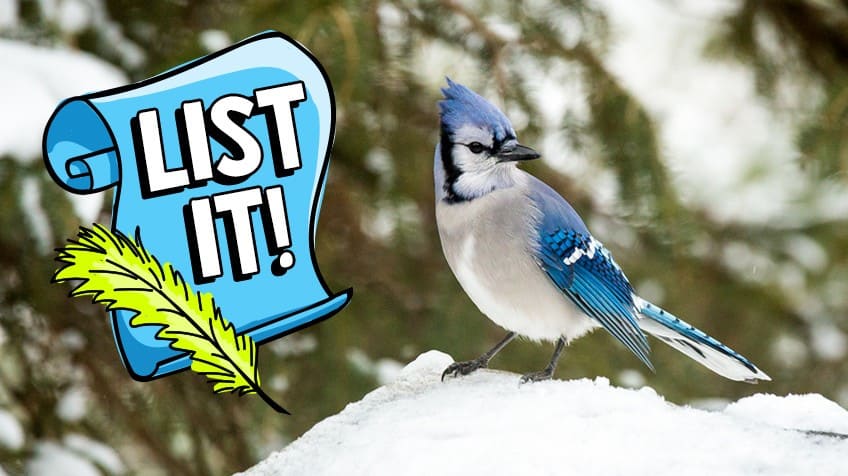 Road Trip
A Canadian castle made out of ice