6 things you may not know about orangutans 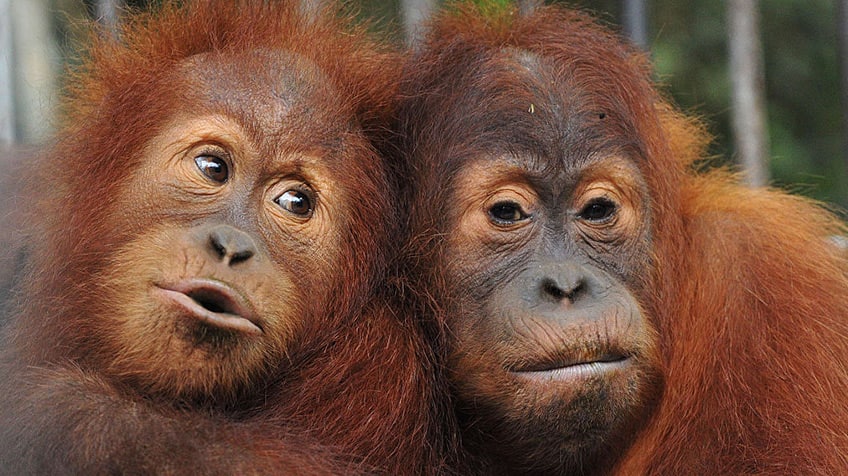 August 19th is World Orangutan Day - a special day where the world celebrates one of the world’s most intelligent primates and a great time to learn more about these orange giants of the rainforest. Orangutans are really strong. When you see them in the wild they will swing hand over hand from one branch to another, an activity known as “brachiating.” They can also hang upside-down from branches for a really long time to get the fruit and leaves that they like to eat.

They’re only found on 2 islands 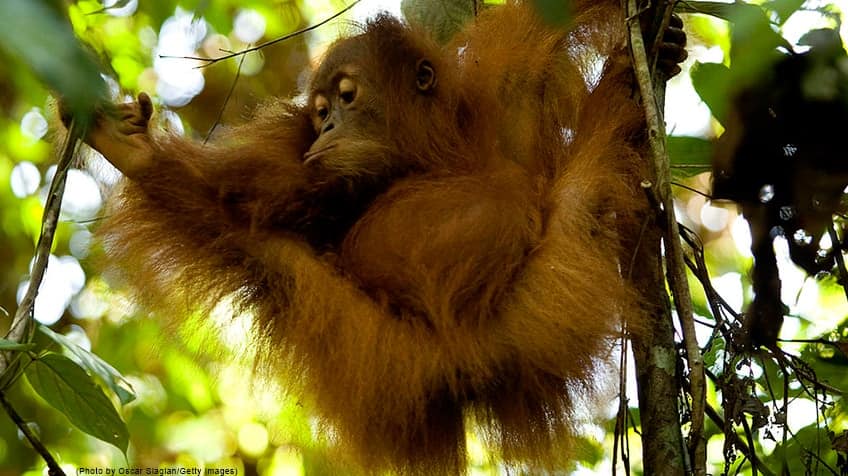 A long time ago, you could find orangutans all over Southeast Asia. Today, they live primarily in the peat swamp forests found on the islands of Borneo and Sumatra. Borneo is the third largest island in the world and is home to one of the oldest rainforests in the world (140 million-years-old!) where the orangutans live. Sumatra is the sixth largest island in the world and it used to be covered by rainforest, but almost 50% of that has vanished over the last 35 years making it much harder for the orangutan to find a home.

They love to be up in the trees 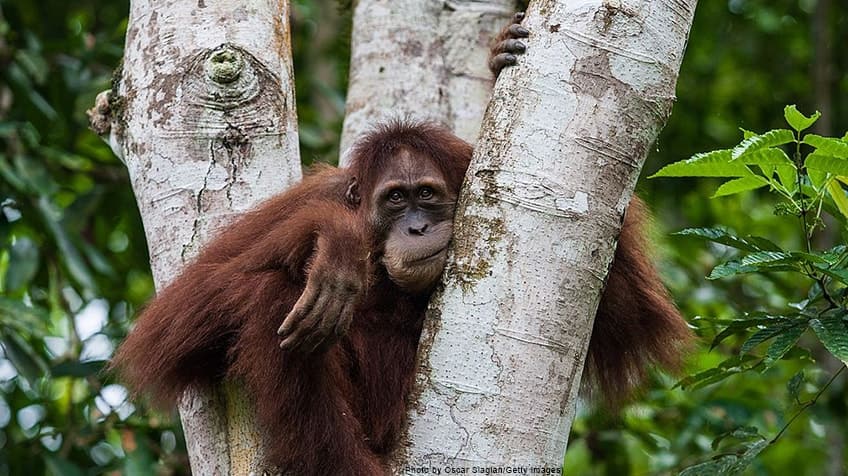 Orangutans are “arboreal” (an animal that lives in the trees) - which is appropriate because they spend over 95% of their time in the trees. They do almost everything in the air like eating, sleeping and traveling. But their bodies are well adapted to move around in trees. It’s called “quadrumanous scrambling,” which is the ability to use their feet just like they would use their hands. They have opposable thumbs and big toes, just like humans, which allow them hook onto tree branches and they can do cool things like put their legs behind their heads. That’s flexible! 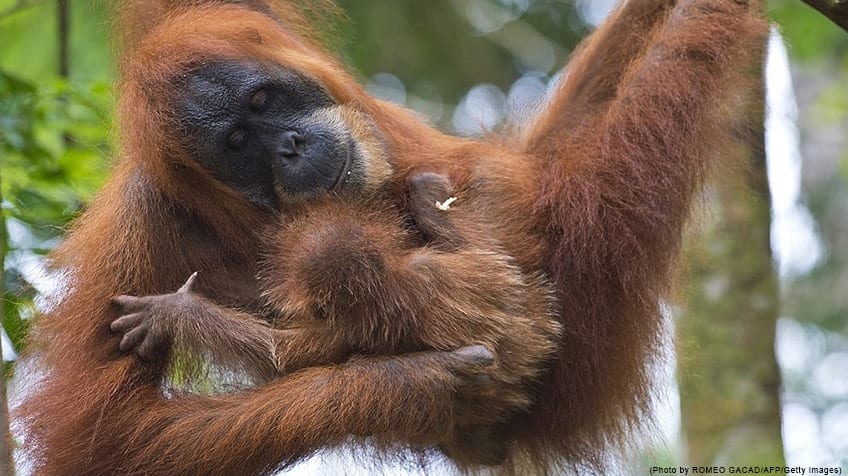 Orangutan moms give birth around every eight years. While their babies are growing up, they spend all their time with their moms until they learn all the necessary skills to survive - about six to seven years!

What their name means 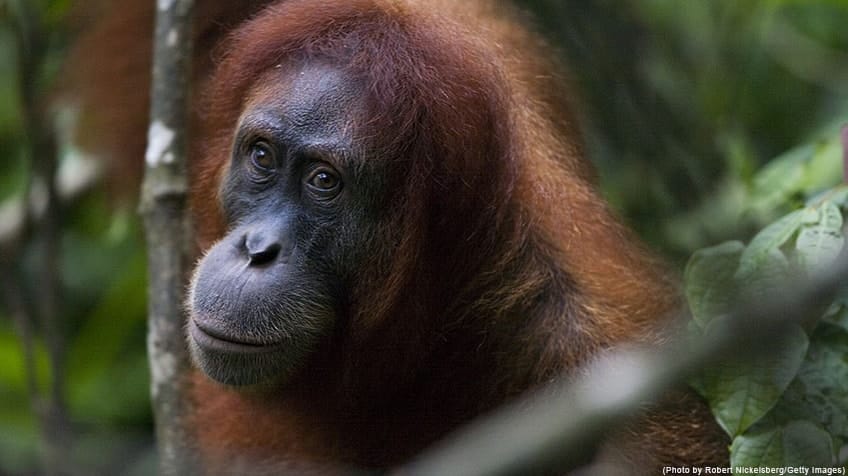 The name comes from the Malay words orang which means “person,” and hutan which means “forest.” So the word orangutan literally means “person of the forest.” And they really are like people - they share 97% of the same DNA as humans! 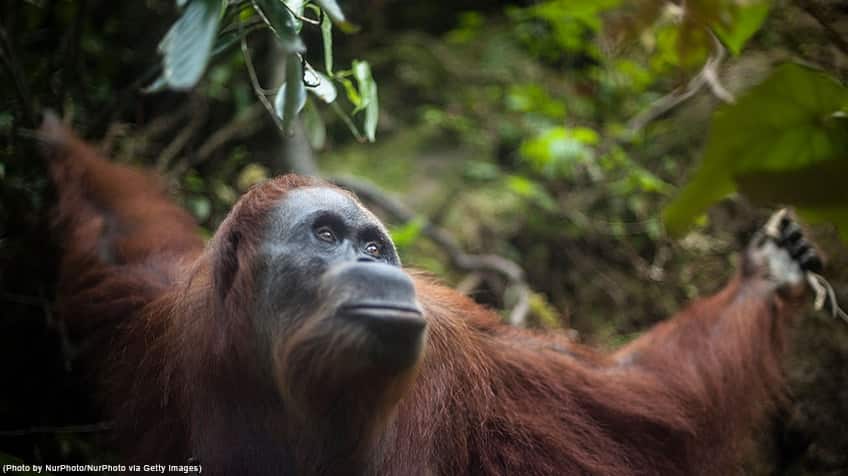 Orangutans can do a lot of things that only a very intelligent animal can do. They can use tools: using twigs to reach insects and leaves to amplify their voice. They can solve problems and even use computers. They plan: each night they build a nest in as little as 5 minutes to sleep in. And they can even learn sign language to communicate with humans! 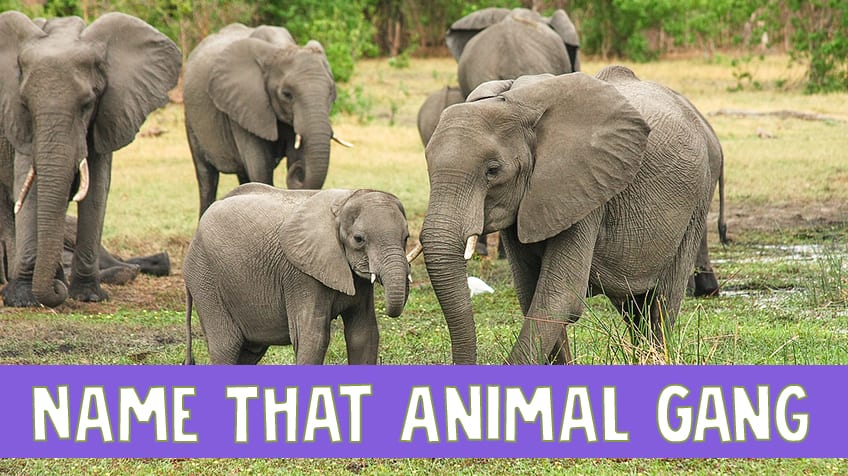 Animal quiz
What are these animal packs called? 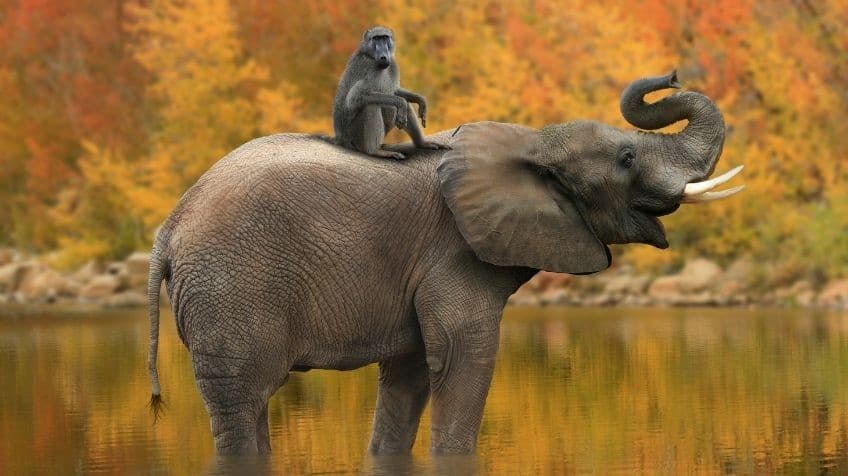 #FeelGood
Do you love the zoo? Then this is for you!