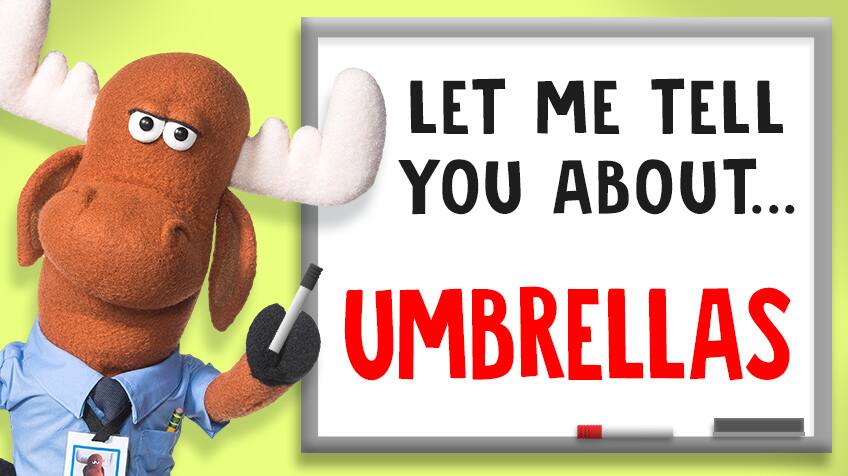 Did you know that February 10th is National Umbrella Day? These clever contraptions keep you dry whenever you need them. Let’s see what interesting facts Mr. Orlando can tell us about umbrellas! 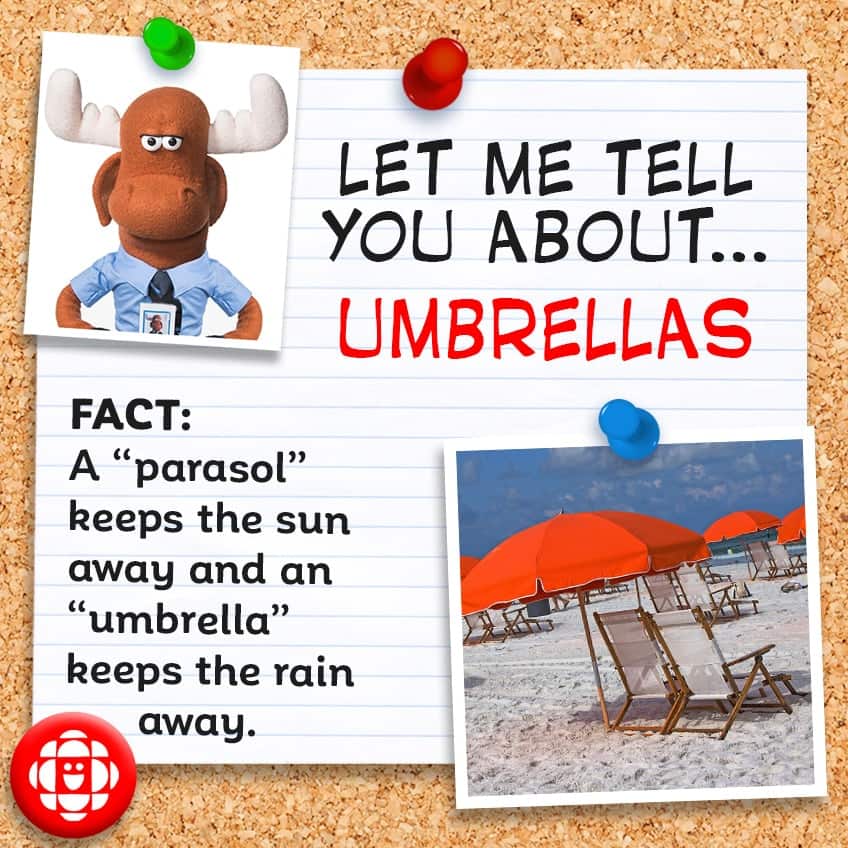 We’re all used to using an umbrella to keep rain off our heads and that’s because they’re waterproof! But there’s another type of umbrella that people use to keep themselves in the shade when the sun gets too hot. It’s called a "parasol" — which comes from the words "parare" ("to shield") and "sol" ("sun") — and you see them a lot on beaches or being carried around on extremely hot and sunny summer days. Traditional parasols, unlike regular umbrellas, are not waterproof. 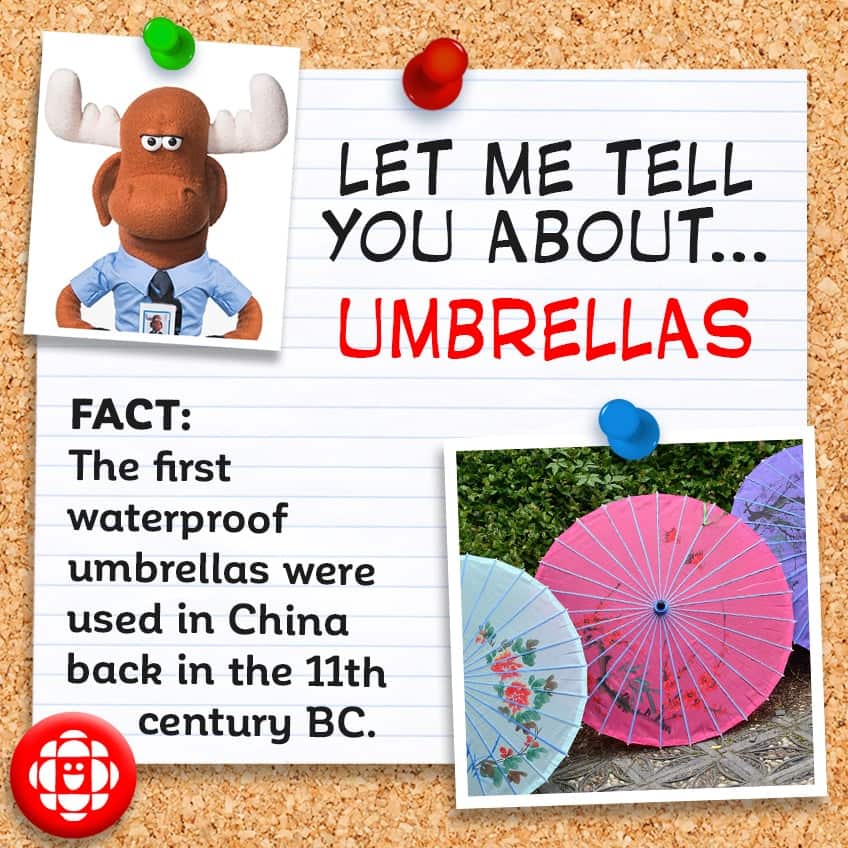 The first umbrellas gave shade to the people of Ancient Egypt over 4,000 years ago. However, the waterproof umbrellas we know today weren’t popularly used until the 11th century BC in China, where they covered their thin paper umbrellas with wax and lacquer. Both cultures would spread the influence of umbrellas around the world, as trade merchants would impress the people of many nations by showing them off on their voyages. 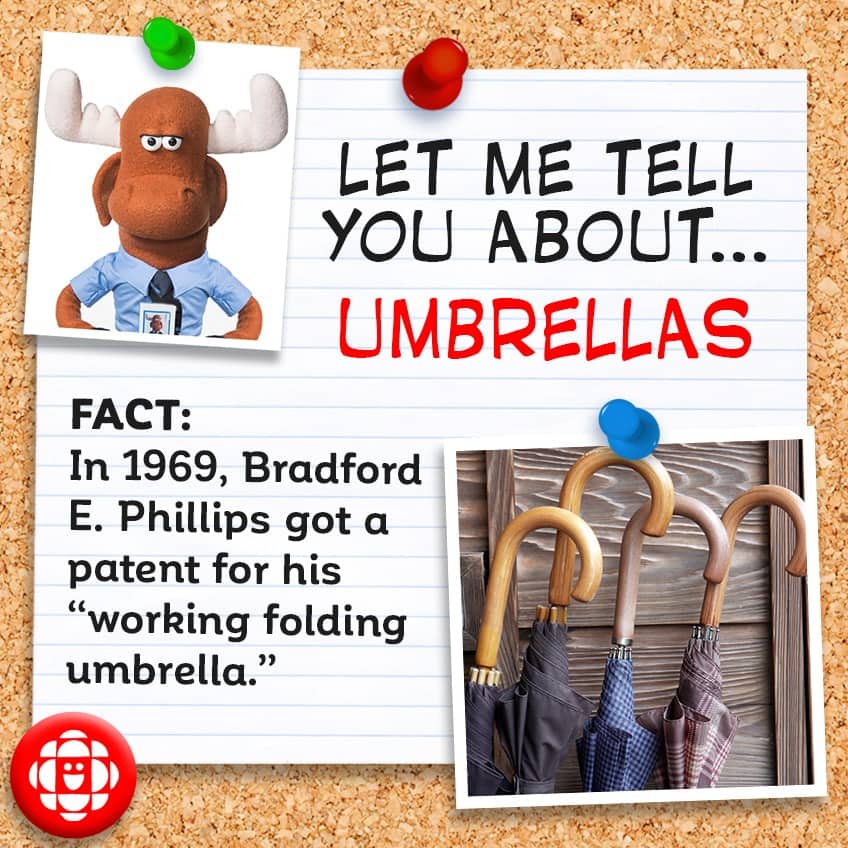 While Brad was the first North American to patent the invention, the foldable umbrella was already quite common in Europe and had been for over 30 years. Slawa Horowitz, a student studying sculpture in Vienna, developed a prototype for an improved compact foldable umbrella back in 1929. 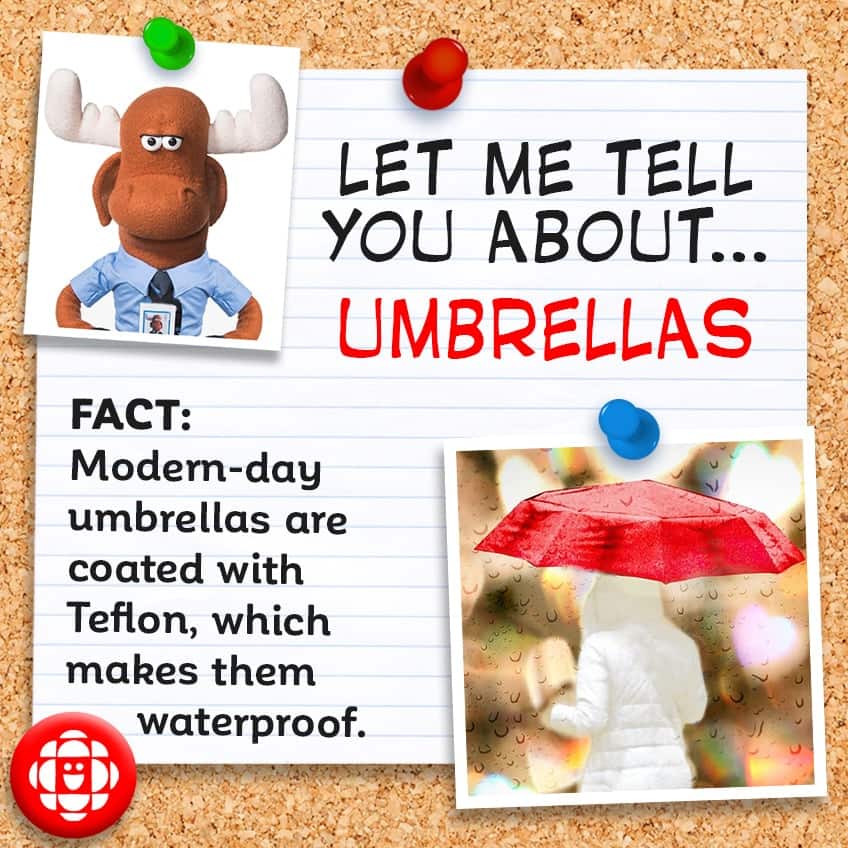 What goes into making an umbrellas has changed a lot over the years. The umbrellas of the 1800s used whale bones for manufacturing, but today we use aluminum and fiberglass. Modern nylon with water-resistant teflon coatings have also replaced the traditional materials (silk, leaves and feathers) to make the canopy. 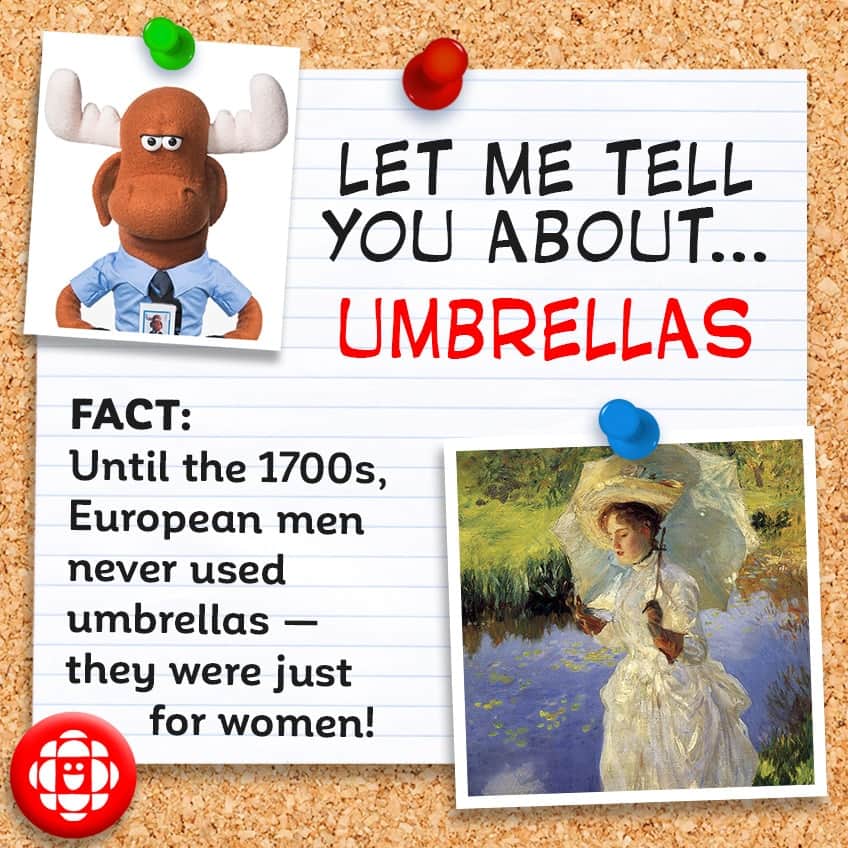 For centuries Europeans considered the umbrella to be a feminine accessory, until 1750 when English gentlemen Jonas Hanway popularized the umbrella by bringing it with him wherever he went. While enduring some laughter at first, Hanway eventually broke the taboo of men using umbrellas. The English would adopt the term "Hanway" to refer to an umbrella. 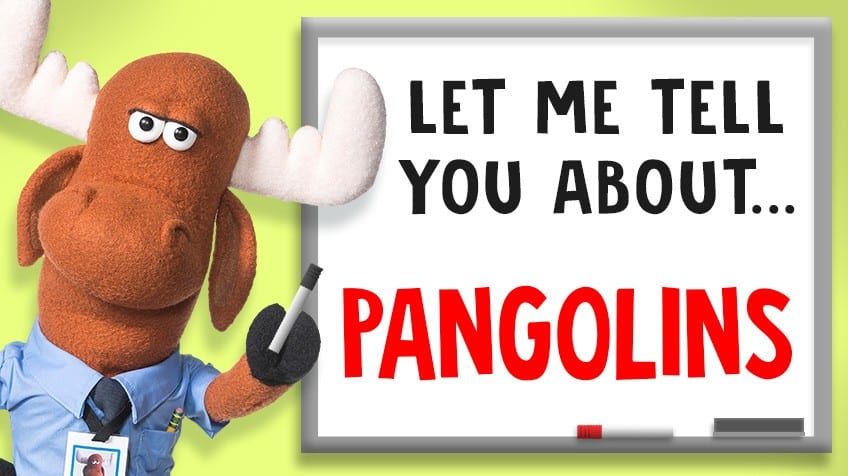 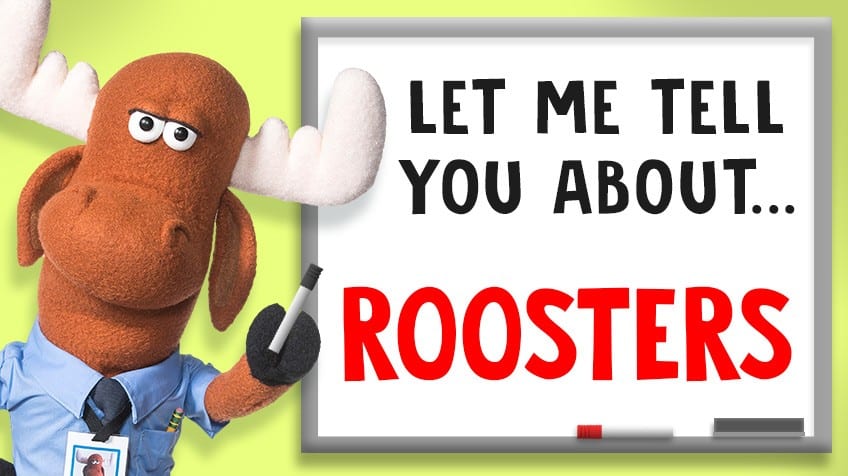 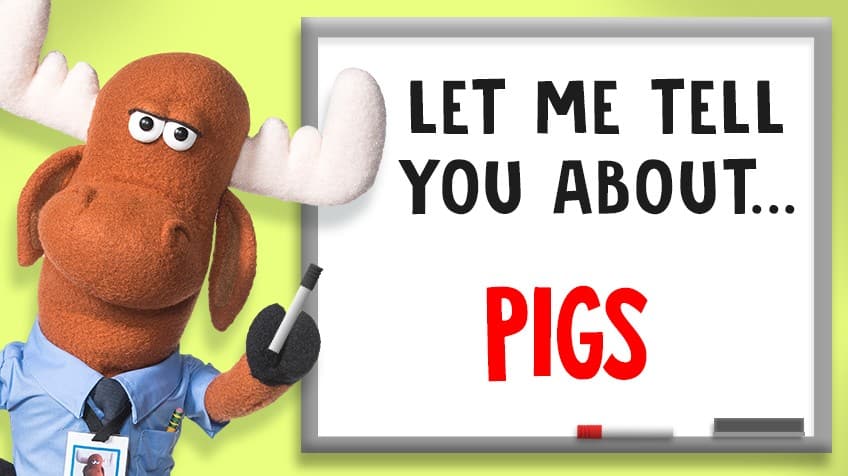