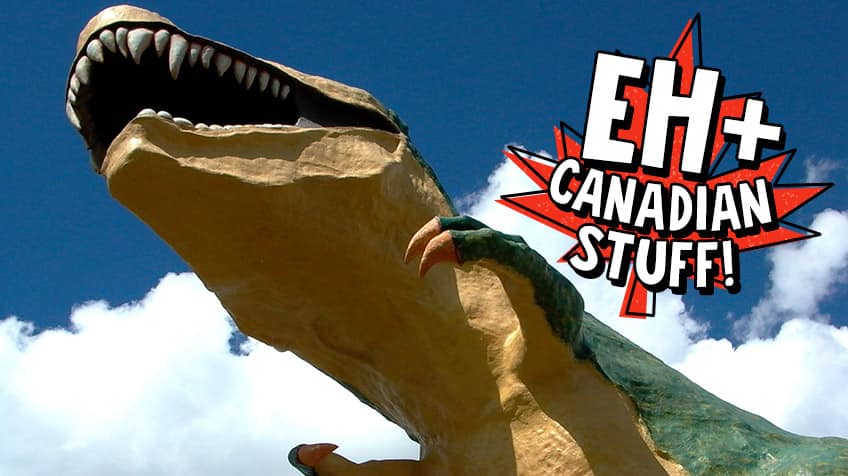 Today, Canada is home to a hugely diverse wildlife population. But if you think today’s animals are cool, you should see what lived in your hometown millions of years ago! From coast to coast, these were some of the biggest, baddest and coolest dinosaurs to call Canada home! Tyrannosaurus rex (T. rex to his friends), probably the most famous dinosaur, lived in Canada during the Cretaceous Period, between 65 to 67 million years ago. T. rex was carnivorous, which meant it ate meat. But you probably guessed that just by looking at its sharp teeth! Not only was T. rex one of the largest carnivores the world has ever seen, its bite was the strongest of any land animal ever! One of the most complete T. rex fossils was found in Saskatchewan. The specimen, called “Scotty," was named the province’s official fossil in 2016. 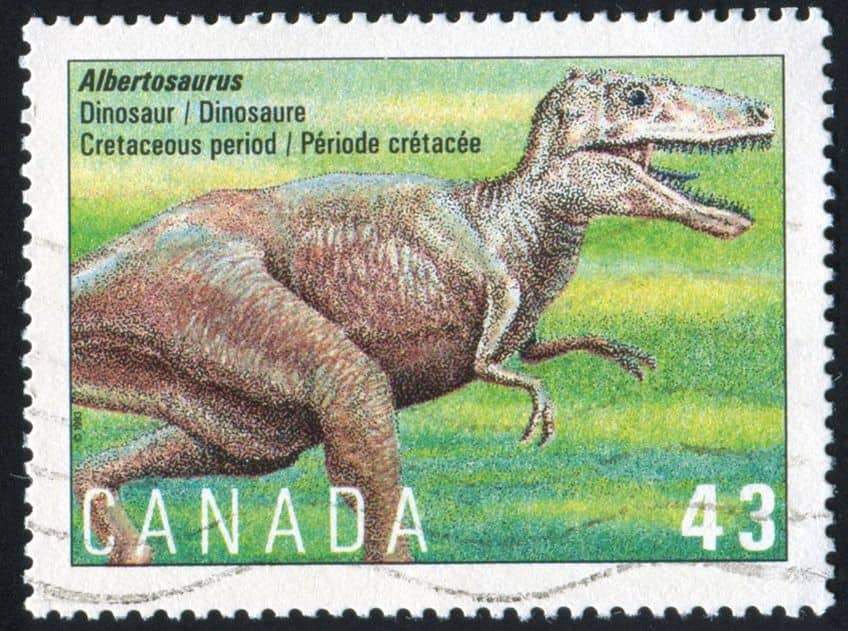 An earlier relative of Tyrannosaurus rex, Albertosaurus (say "al-ber-tuh-sore-uss") lived about 70 million years ago, also during the Cretaceous Period. It’s named after the province where it was first discovered, Alberta! It was slightly smaller than its more famous cousin, but it made up for its smaller size with increased speed, running up to 30 kilometres per hour. Many Albertosaurus fossils have been found together, which leads scientists to believe they may have lived and hunted in packs. They even fed on another famous Canadian dinosaur: the duck-billed Edmontosaurus.

Ankylosaurus (say "an-KY-low-sore-uss") was found between 68 to 66 million years ago, around the same time as Tyrannosaurus rex. Any idea where it was found? You guessed it, Alberta, Canada’s dinosaur capital! Ankylosaurus was covered in bony plates that functioned as armour. These plates made it almost impossible for predators to bite through an Ankylosaurus hide. Its tail ended with a club-like appendage, which it may have used as a weapon. These defences were important, since Ankylosaurus is thought to have been fairly slow moving. Of course, as a herbivore, or plant-eater, it didn’t need to run very fast to catch its prey! 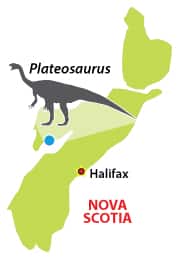 Plateosaurus (say "plat-ee-owe-sore-uss") lived between 214 to 204 million years ago, during the Triassic Period. It’s one of the oldest known dinosaurs ever found! It was bipedal, meaning it walked on its two hind legs. It had a long neck, which may have helped it eat leaves off tall tree branches. It's known that it was a herbivore because of its teeth, which were small and leaf shaped, perfectly built for sawing through plants. Although most fossil specimens have been found in Europe, in 2015, fossils were found on Nova Scotia’s northern shore. These specimens are believed to be Canada’s oldest dinosaurs! 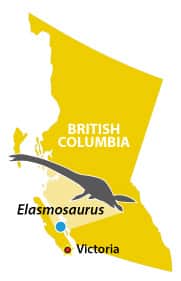 Elasmosaurus (say "ee-laz-mo-sore-uss") wasn't a dinosaur. It was a kind of plesiosaur (a water-dwelling reptile) that lived about 80 million years ago. Individuals could grow to lengths of over 14 metres (that's almost as long as a whale shark!), most of which was made up of their extremely long necks. Their necks were actually so heavy that they couldn’t reach more than their heads out of the water. Because they couldn’t breathe underwater, they would have to return to the surface about every 10 to 20 minutes. Their diet consisted of fishes and molluscs, and their fossils have been found in British Columbia, Alberta, Kansas and many other places. 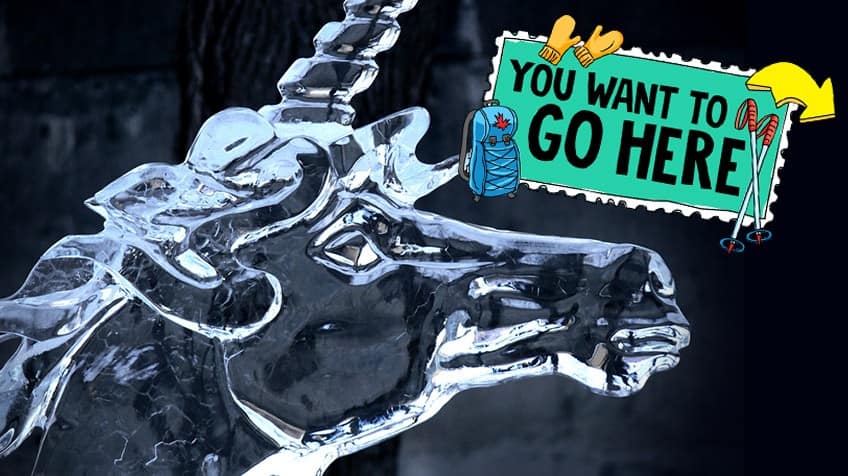 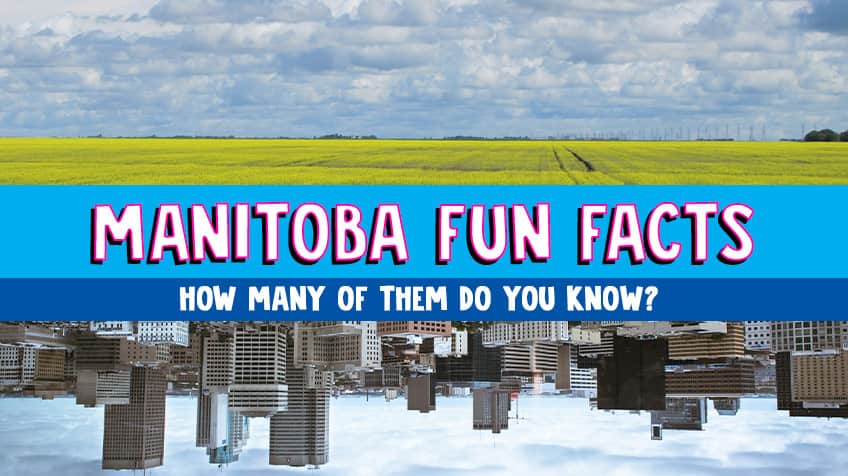 Canada quiz
How much do you know about Manitoba? 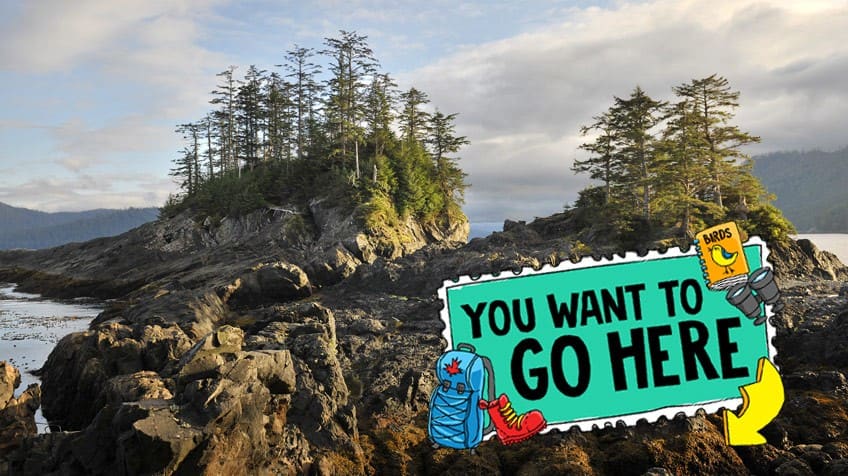 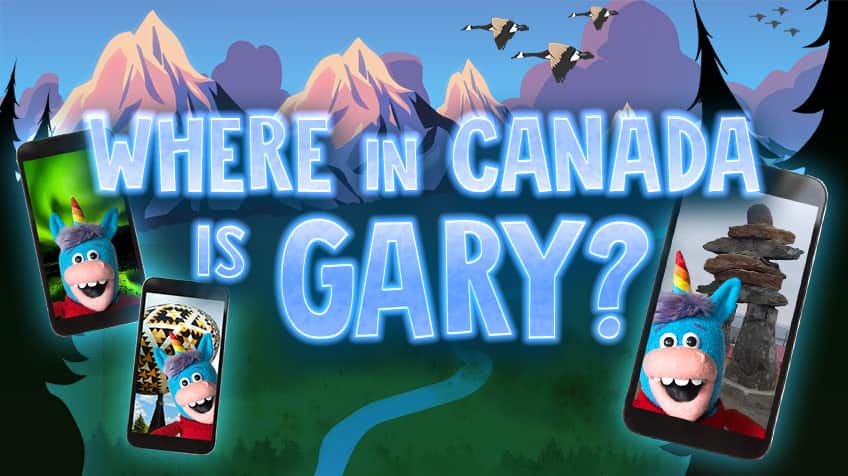