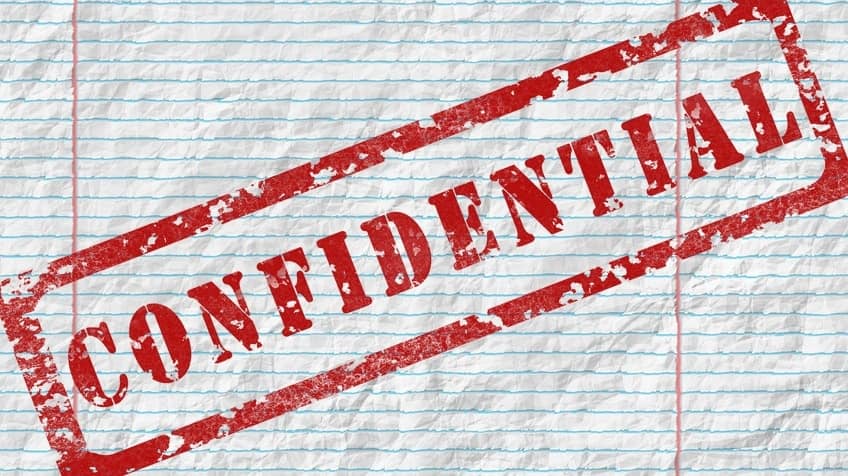 Picture this: you have something super awesome or important to tell your friends, but you want to keep the information a secret — what do you do? You could whisper it in their ear or maybe just think really hard about the message and hope you discover telephathic powers, but until then, secret codes are the way to go. Awaken the spy or detective within you, and the next time you have something to communicate to your friends, write it on a banana (you'll understand soon).

Why write in blue or black when you can make your words invisible? Here's what you'll need to keep your top secret messages safe under a cloak of invisibility: paper, water, a paintbrush or cotton swab to write with, a lamp, and vingear or lemon juice. Once you've mixed a few drops of water with your vinegar or lemon juice, just dip your chosen writing utensil in and put whatever words you want to the piece of paper. At first, you won't see anything — that's the idea, you want it to look like a blank page with no myseterious message whatsoever — but when you or a friend put the paper in front of the lamp, your secret information will be revealed!

Told you the bit about the banana would soon make sense! All you need to grab is a ripe banana and a toothpick to write with, and you can start using the yellow fruit to your espionage-advantage. Your message can't be too long since it has to fit on the banana, but whatever you write will be kept completely secret until about an hour later when what you wrote turns brown and reveals itself. This would also be a very clever way to pass short messages back and forth with your friends since all anyone will see is a banana — and then you have a snack for later! All you need to know for this secret code is your ABCs...and what your confidential message is, of course! Write the alphabet out in full from A to Z then, right underneath, write the alphabet out from Z to A with Z under A, Y under B, X under C and so on. When you write out your secret message, use the letters from the backwards alphabet (the red letters in the photo below) that correspond to the letters in the A to Z alphabet (the blue letters in the photo below). For example, if you want to write "yes" you would spell it out as "bvh" because when using the reverse alphabet code Y = B, E = V and S = H. Can you figure out what the confidential code is in the image below? 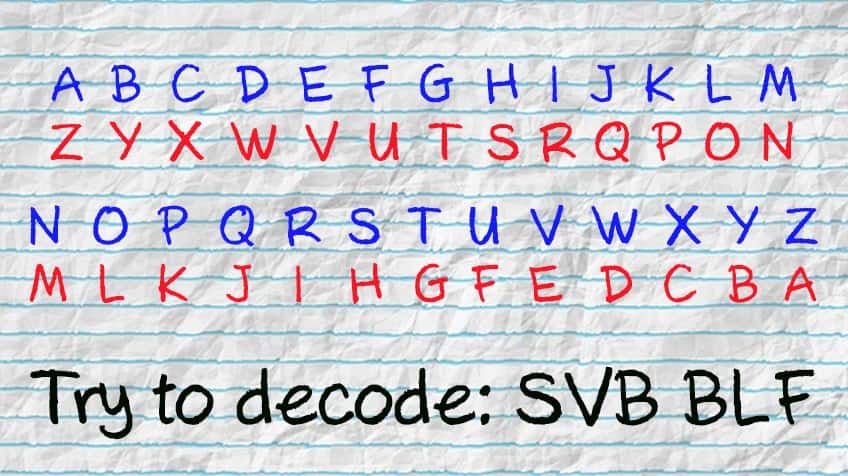 If you don't have lemon juice or vinegar handy (or you just know you'd spill it all over the place!), there's still a way to send a sneaky invisbile message. Grab a white crayon, a piece of paper and markers, highlighters or watercolour paint. Use the crayon to write your secret message on the paper and be sure to press down pretty hard when you're spelling out your words, it will make the reveal later easier to read. Once you've gotten your words down, have your friend cover the page with marker, highlighter or paint and they'll go from seeing an empty page to a clear message! 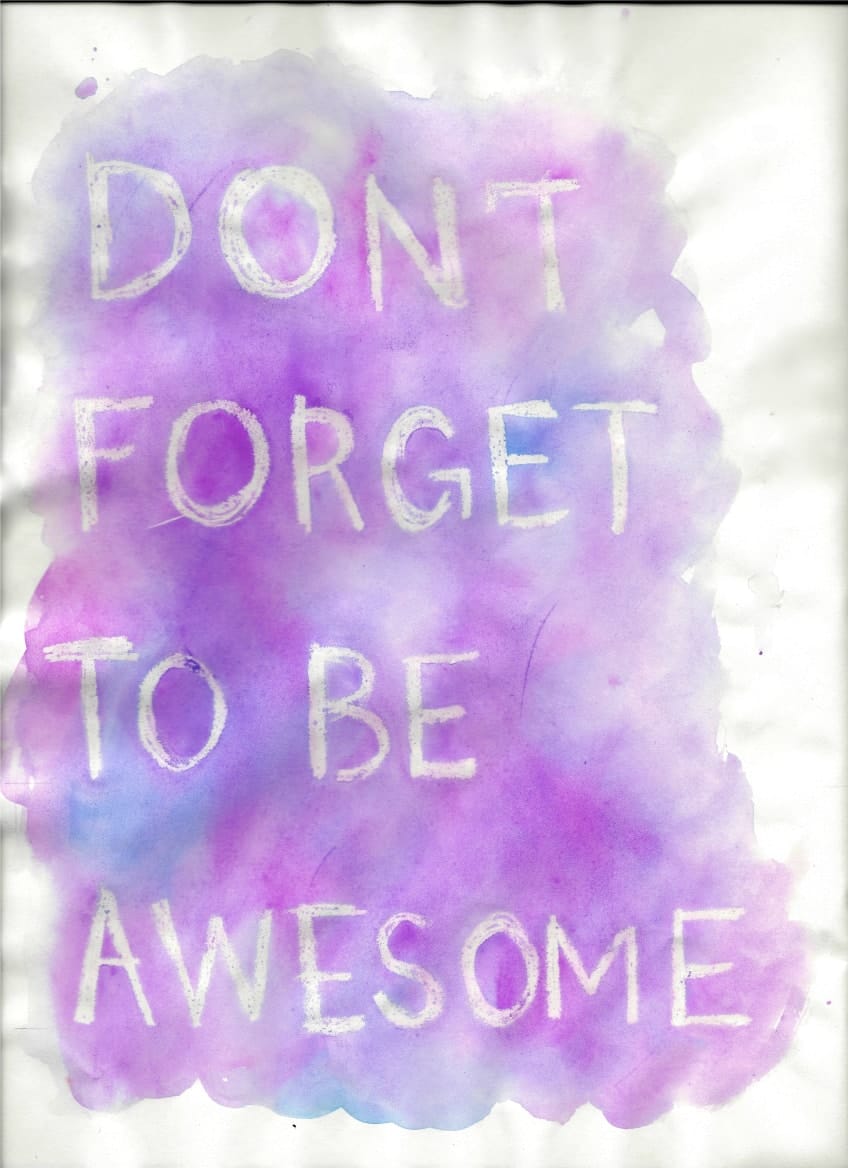 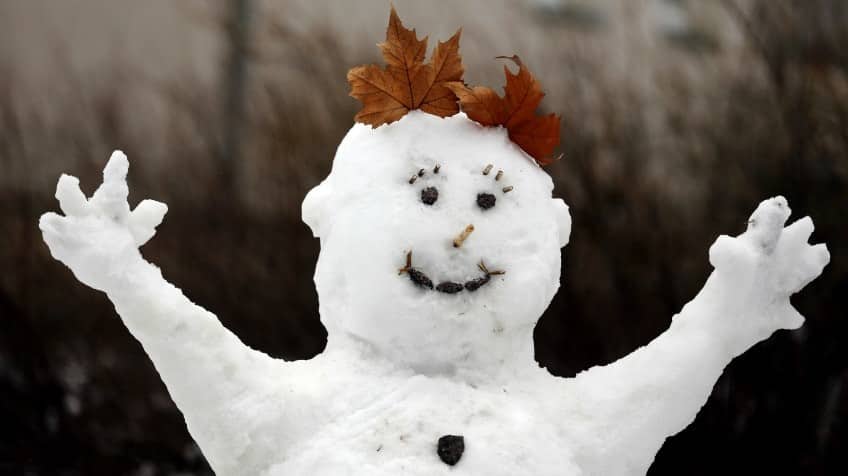 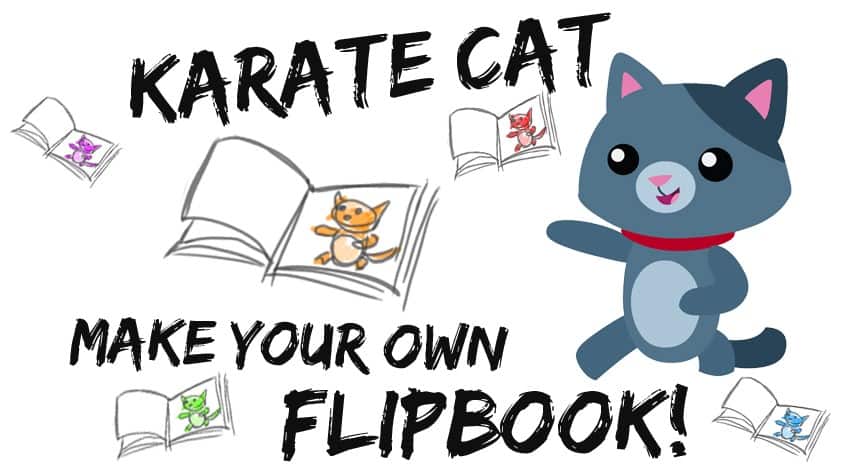