4 fun facts about the biggest brass instrument: the tuba! 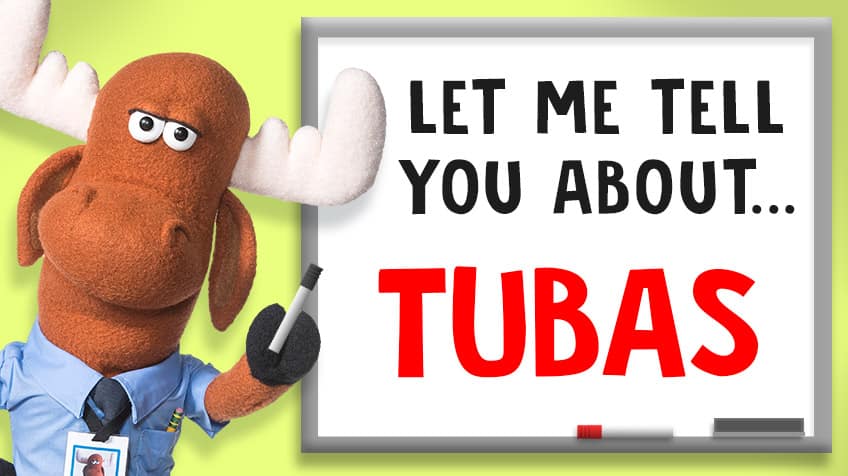 Ooompah! Ooompah! It’s the beautiful sound of the tuba! Did you know that the first Friday in May is celebrated around the world as International Tuba Day? It’s a day to pay tribute to tubists (those are tuba players) and the instrument they love. Mr. Orlando’s got some cool facts about the biggest brass instrument that makes the lowest-pitched sounds: 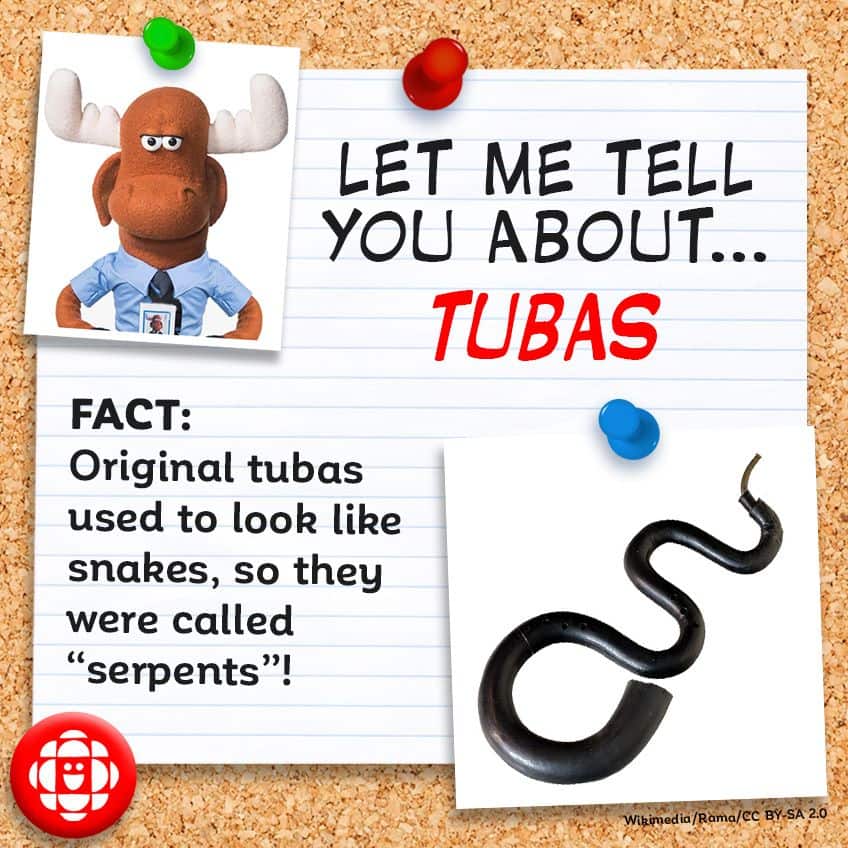 In the 17th century, people played a long, curvy wood pipe with holes in it that looked like a snake. They called this instrument a serpent, which is considered a first version of today’s tubas. In the early 1800s, musical instrument makers created a similar instrument, this time using keys (buttons) instead of holes, called an ophicleide (say ‘off-ih-clyde’), which means serpent keys in Latin. Besides being hard to spell, the ophicleide was also hard to play, which led to the invention of the modern day tuba in the 1830s. 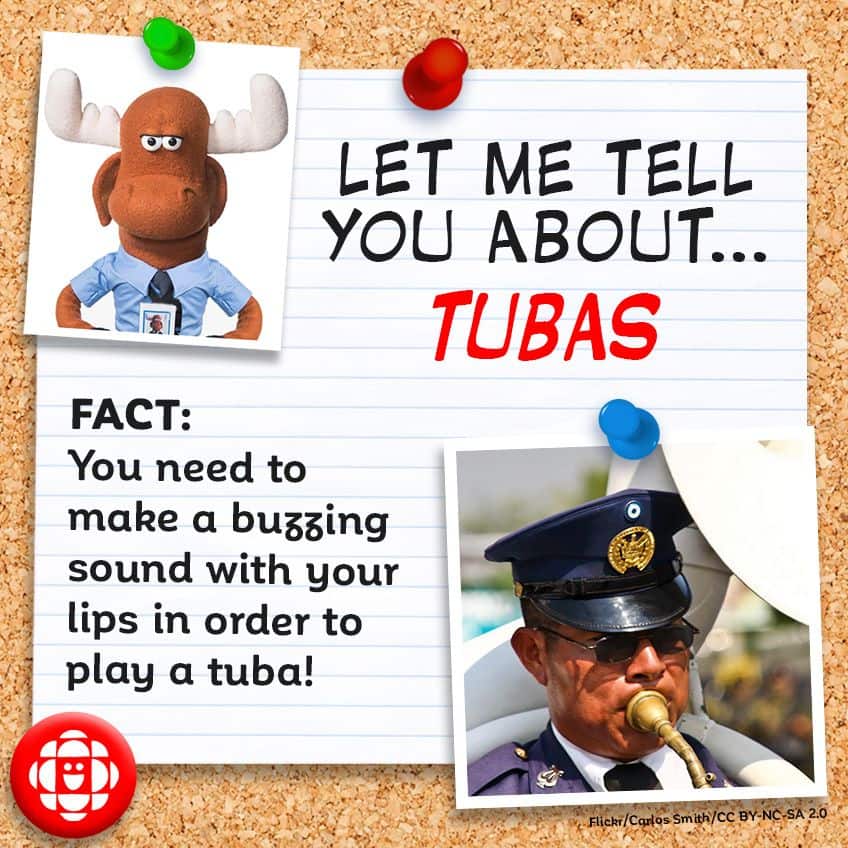 You don’t play a tuba by simply blowing into it. You need to make a buzzing sound with your lips. You can try it! Push your lips together and then blow really hard, making your lips flap. You can change the sound by blowing faster or slower, or by pressing your lips together tighter or looser. The sounds you make might be silly (and make your lips feel kind of itchy), but when pressed against the mouthpiece of a tuba, it can create some beautiful music. 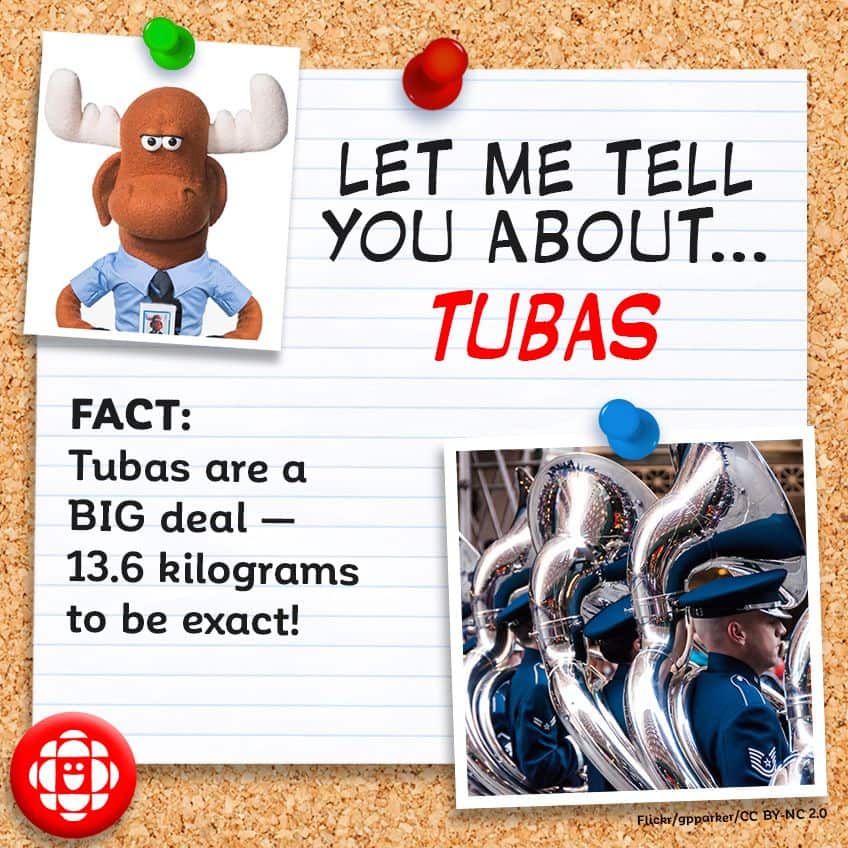 The word tuba means trumpet or horn in Latin. But tubas are a LOT bigger than trumpets. A trumpet weighs about 1.3 kilograms, but a tuba weighs a whopping 13.6 kilograms! It’s so heavy that tubists hold them across their laps while playing them (instead of lifting them up to their mouths, like a trumpet or a trombone). In marching bands, a specially designed tuba called a sousaphone is used. It wraps around the marcher’s body, so it can be carried more easily. 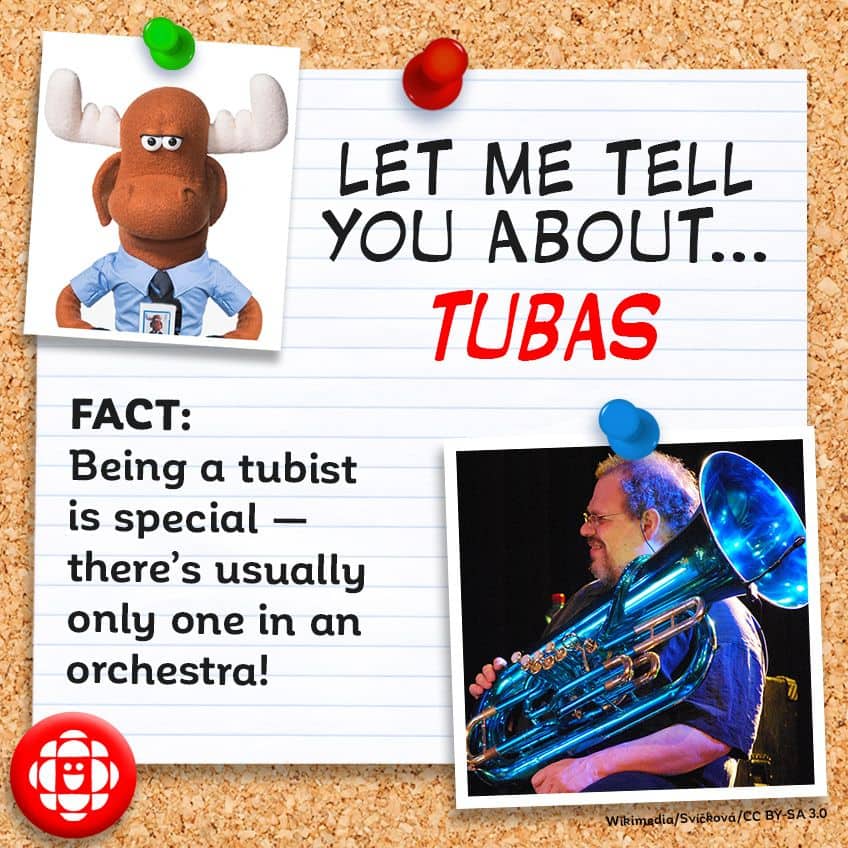 Believe it or not, most orchestras have only one single tuba player. But that’s just a regular orchestra — according to the Guinness Book of World Records, the largest tuba ensemble had 502 tubists playing together at the same time. Can you imagine what that sounded like? Tuba-rrific! 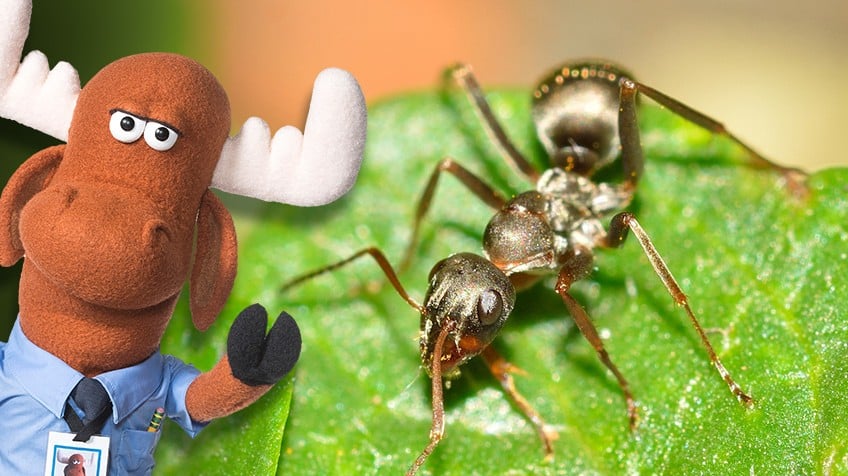 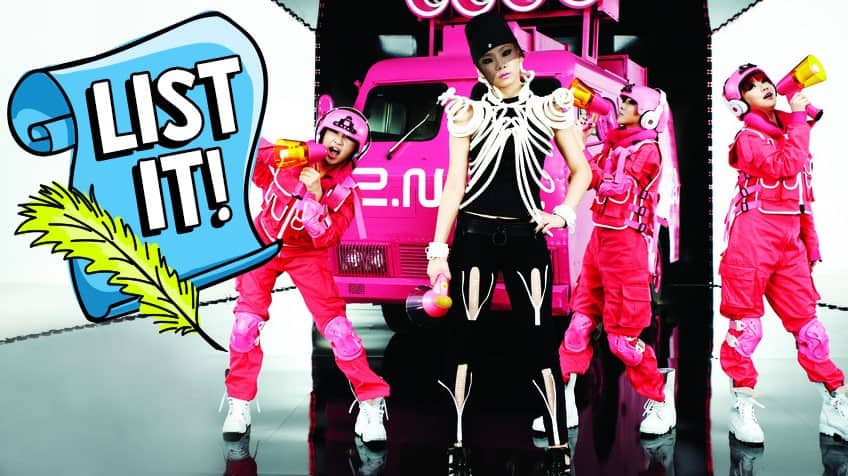 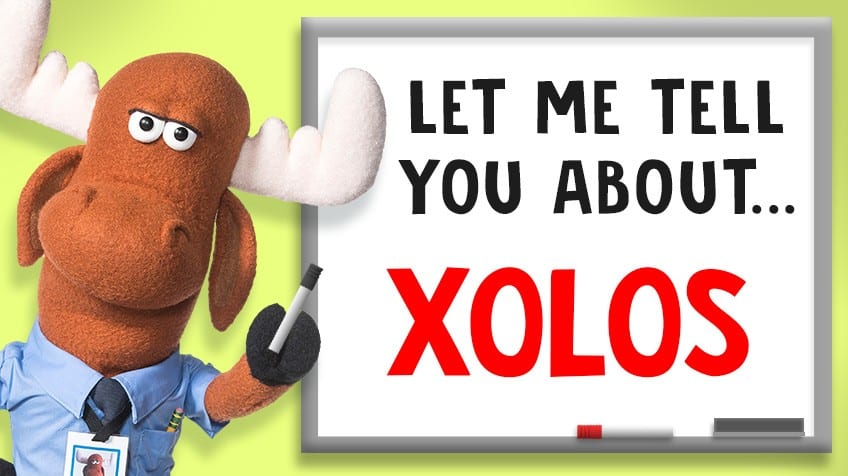 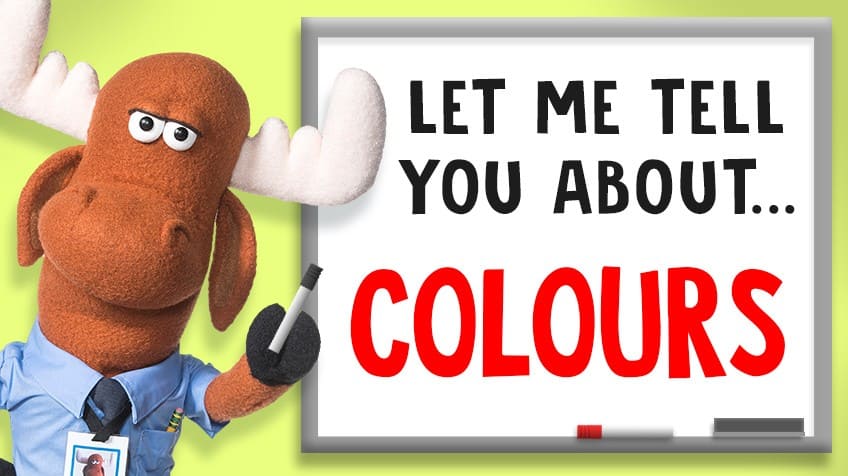 Fun Facts
5 fun facts about the world of colour