10 creepy books to get you into the Halloween spirit 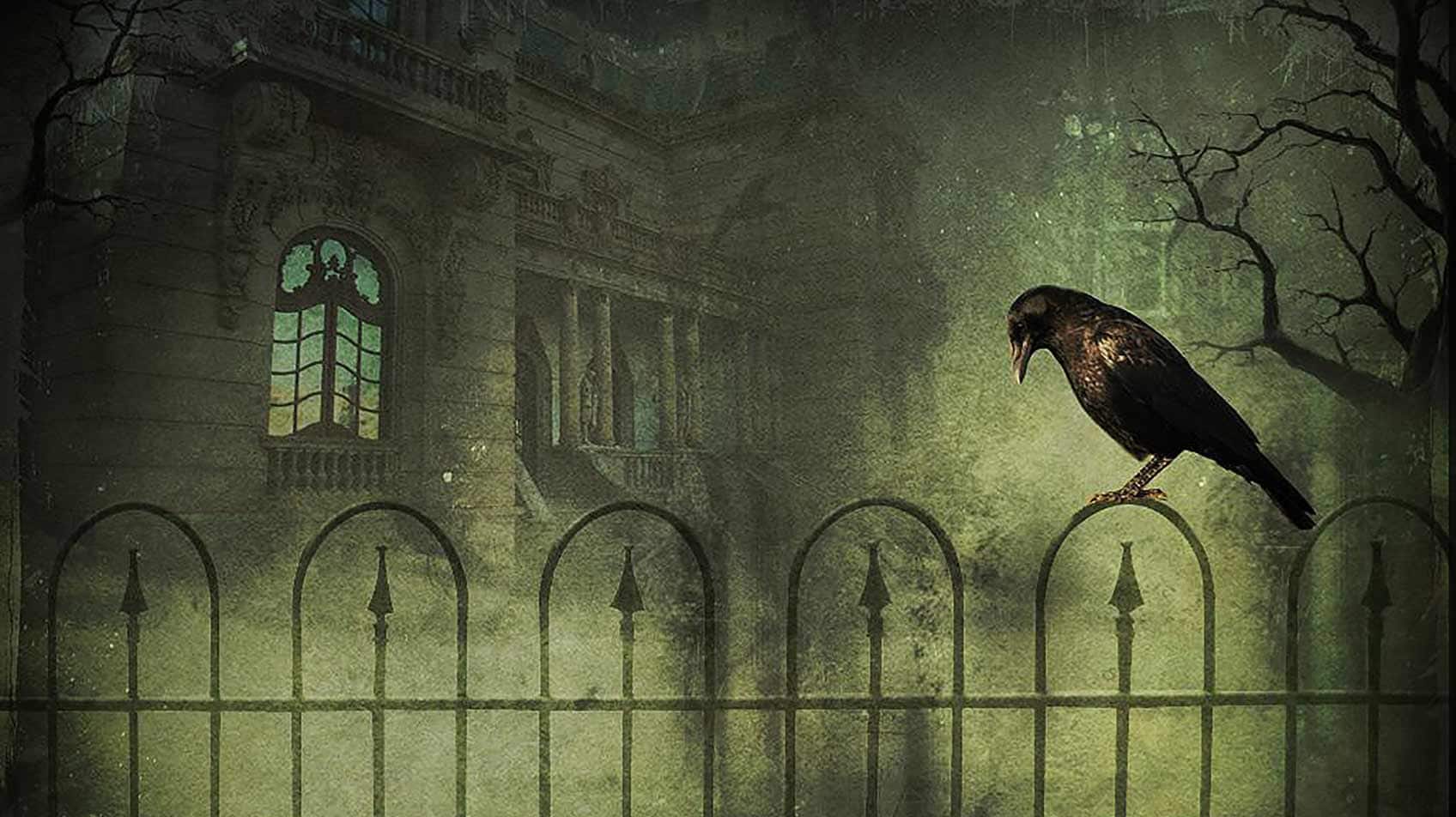 It’s October, and that means it’s time for pumpkins, costumes, trick-or-treating… and of course, some great books about ghosts, goblins, zombies, witches and all sorts of monsters. Check out this list to see what lurks in the shadows and beyond. 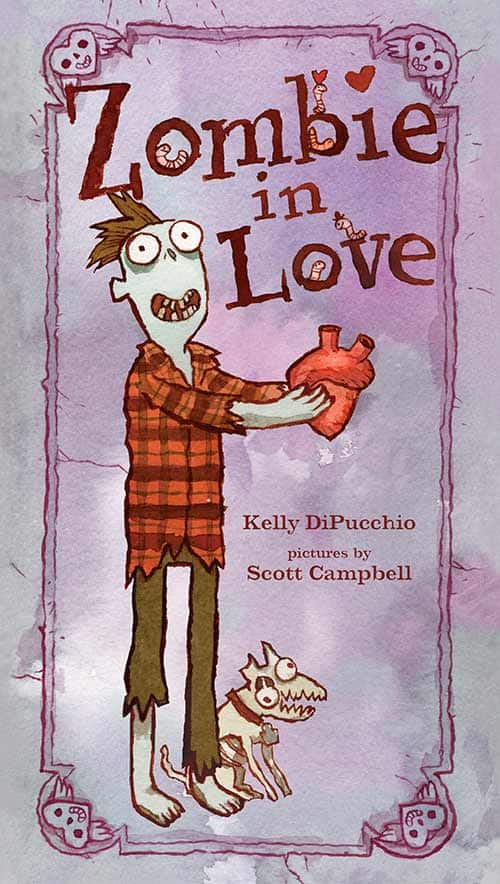 Mortimer is looking for love. And he’s looking everywhere! He’s worked out at the gym (if only his arm wouldn’t keep falling off). He’s tried ballroom dancing lessons (but the ladies found him to be a bit stiff). He’s even been on stalemate.com. How’s a guy supposed to find a ghoul? When it seems all hope has died, could the girl of Mortimer’s dreams be just one horrifying shriek away? 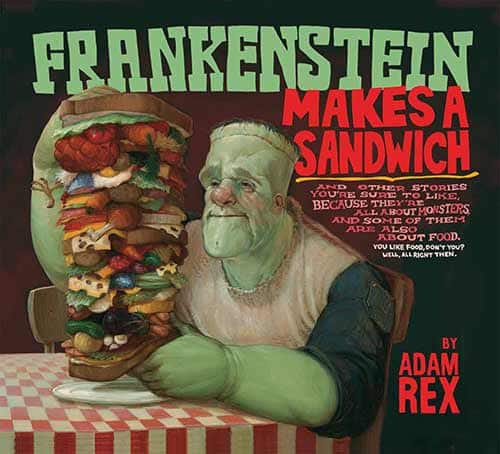 Being a monster isn't all frightening villagers and sucking blood. Monsters have their trials, too. Poor Frankenstein's cupboard is bare, Wolfman is in need of some household help, and it's best not to get started on Dracula's hygiene issues. What could be scarier? Read 19 hilarious poems about the secret lives of the Creature from the Black Lagoon, Bigfoot, Godzilla, and others. 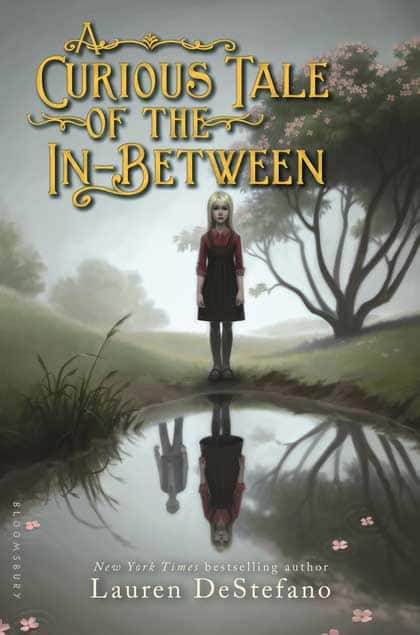 A Curious Tale of the In-Between

Pram Bellamy is special--she can talk to ghosts. She doesn't have too many friends amongst the living, but that's all right. She has her books, she has her aunts, and she has her best friend, the ghostly Felix. Then Pram meets Clarence, a boy from school who has also lost a parent and is looking for answers. Together they arrive at the door of the mysterious Lady Savant, who promises to help. But this spiritualist knows the true nature of Pram's power, and what she has planned is more terrifying than any ghost. 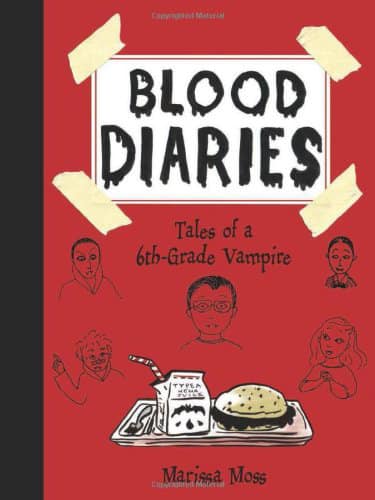 Middle school is tough enough for normal humans, but when you're a vampire, it's even more challenging. Edgar Stoker uses wit and humor to navigate the social complexities of middle-school and vampire culture. From surviving Saturday Vampire Jamborees to school lunches, Edgar tries to win friends in both worlds, but when he's faced with angry vegetable-eaters, his troubles have just begun. 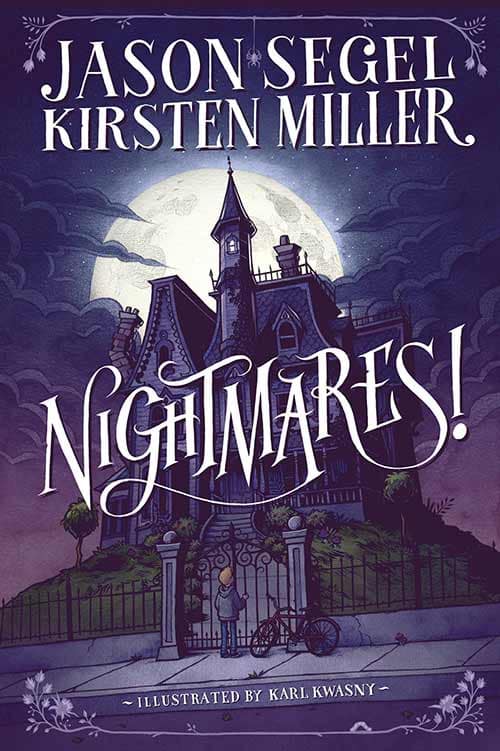 Charlie Laird has several problems: 1) his dad married a woman he is sure is a witch, 2) he had to move into her creepy purple mansion, and 3) he can’t remember the last time sleeping wasn’t a nightmare. Like even a nap. What Charlie doesn’t know is that his problems are about to get a whole lot more real. Nightmares can ruin a good night’s sleep, but when they start slipping out of your dreams and into the waking world... well, that’s something only Charlie can face. 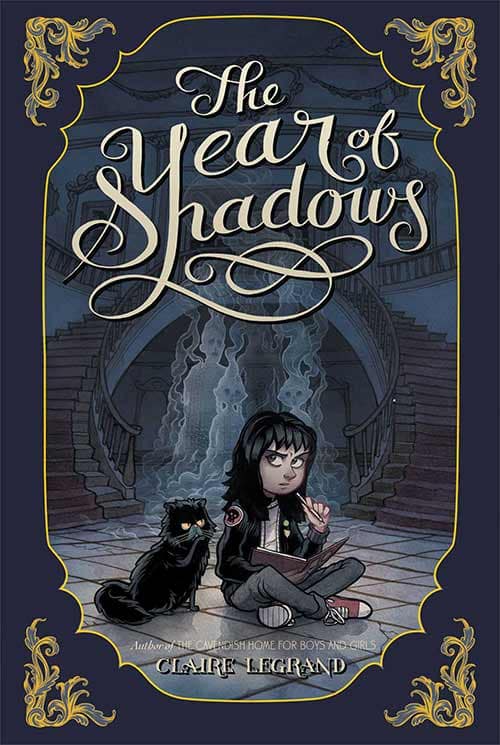 The Year of Shadows

Olivia’s having a rough year. Her mother’s left, her neglectful father - the maestro of a failing orchestra - has moved her and her grandmother into the city’s dark, broken-down concert hall to save money, and her only friend is Igor, an ornery stray cat. Just when she thinks life couldn’t get any weirder, she meets four ghosts who haunt the hall. They need her help - if the hall is torn down, they’ll be stuck as ghosts forever, never able to move on. 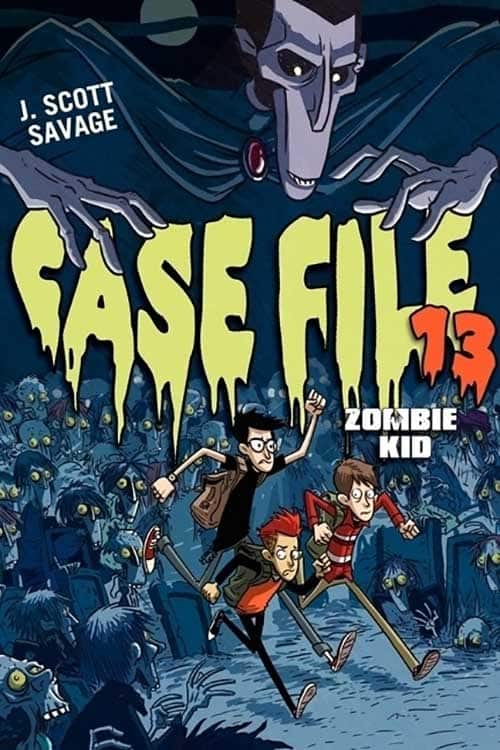 Nick, Carter, and Angelo are obsessed with all things monster. Every Halloween they get to show off their monster-knowledge with elaborate homemade costumes. But this year, a surprise trip to the house of an aunt who may have been a voodoo queen throws a major wrench into the boys’ plans and lands Nick with a cursed amulet that turns him into a real, live (well, undead) zombie. To Nick and his friends, this is . . . awesome! At first. Then the whole zombie thing starts to get a little out of hand (literally), and the boys have to go on a chilling adventure to reverse the curse. 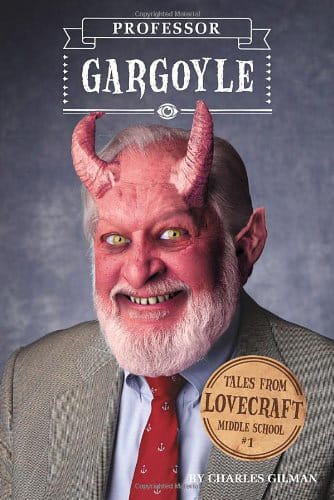 Strange things are happening at Lovecraft Middle School. Rats are leaping from lockers. Students are disappearing. The school library is a labyrinth of secret corridors. And the science teacher is acting very peculiar – in fact, he just might be a monster-in-disguise. Twelve-year-old Robert Arthur knew that seventh grade was going to be weird, but this is ridiculous! And here’s a bonus: the cover features a state-of-the-art “morphing” photo portrait – so you can personally witness the professor transforming into a monster.  You won't believe your eyes! 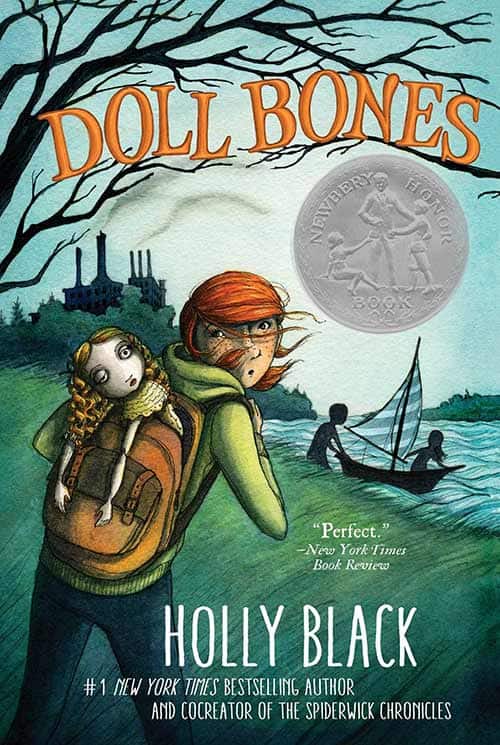 Zach, Poppy, and Alice have been friends forever. And for almost as long, they’ve been playing one continuous game of pirates and thieves, mermaids and warriors. Ruling over all is the Great Queen, a bone-china doll cursing those who displease her. But they are in middle school now and Zach quits the game. Their friendship might be over, until Poppy declares she’s been having dreams about the Queen—and the ghost of a girl who will not rest until the bone-china doll is buried in her empty grave. They set off on one last adventure to lay the Queen’s ghost to rest. But of course nothing goes according to plan when ghosts are involved. 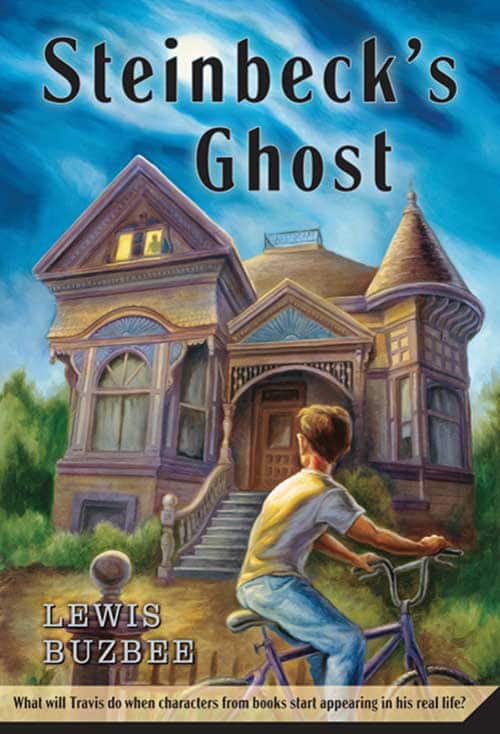 It's been two months since Travis's family moved from their shabby old house to a development so new that it seems totally unreal. There's one place, though, where Travis can still connect with his old life: the Salinas library. Travis and his family used to go there together every Saturday, but now he bikes to it alone, re-reading his favorite books: the works of John Steinbeck. Suddenly Travis is seeing Steinbeck's characters come to life. There's the homeless man in the alley behind the library, the boy who writes by night in an attic bedroom. Travis has met them before--as a reader. But how can they be here now? And why?


Our list of great Halloween books was put together by Common Sense Media with text from publishers. 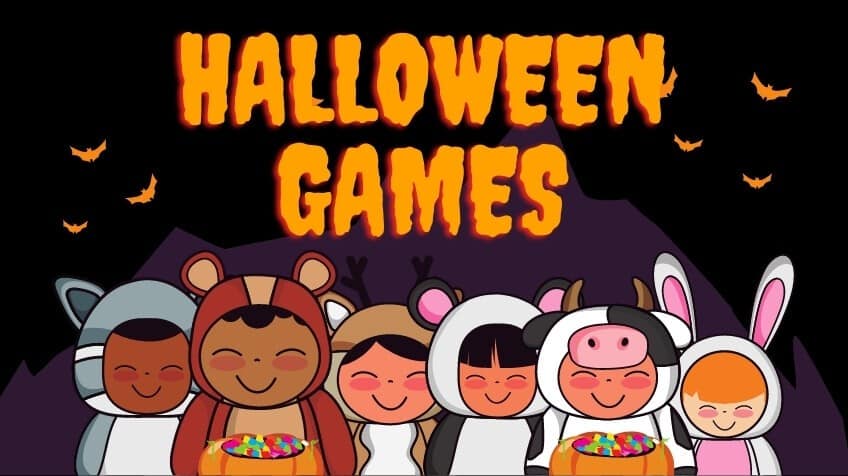 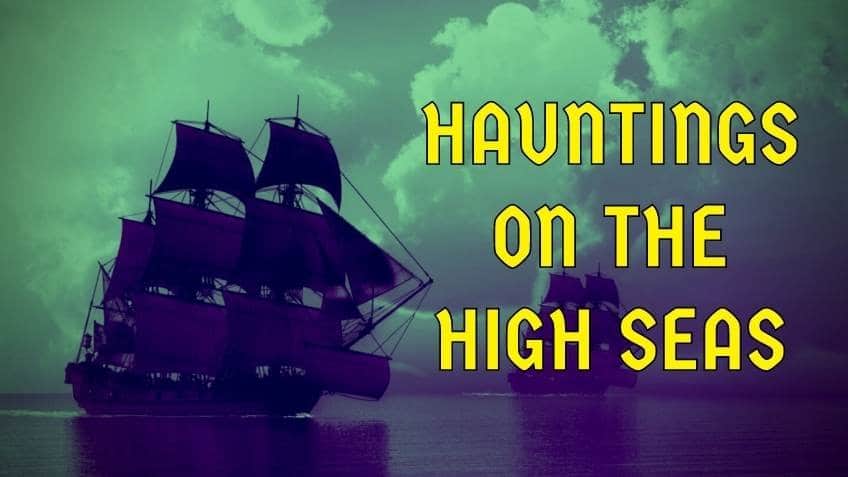 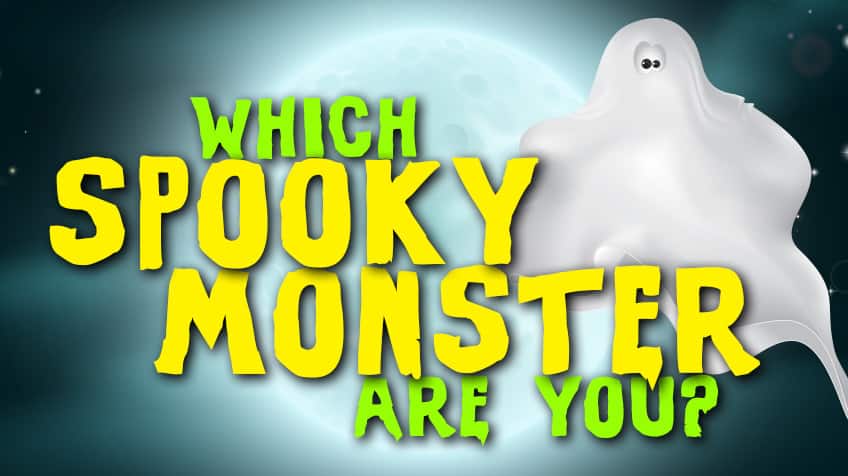 Personality Quiz
Are you a vampire, werewolf, or witch? 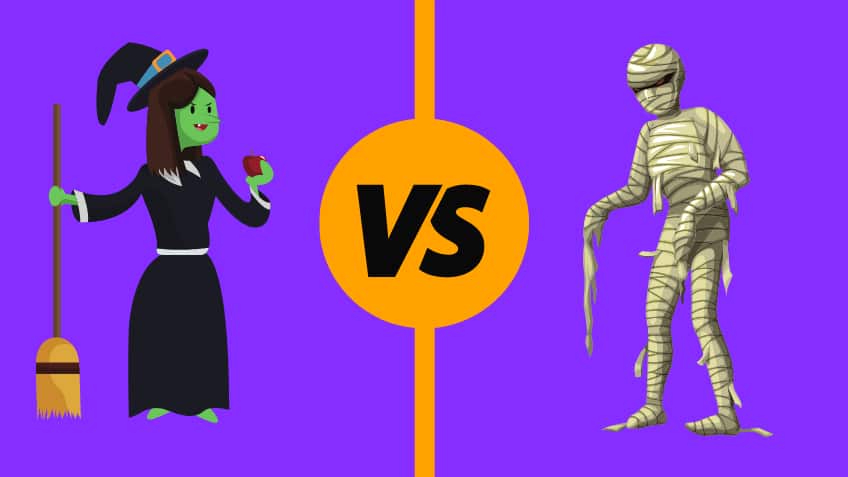