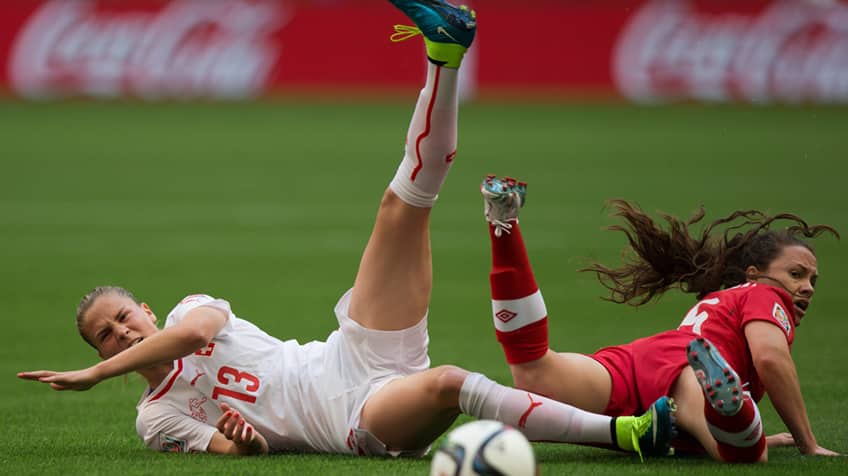 Switzerland's Ana Maria Crnogorcevic, left, and Canada's Allysha Chapman collide during the first half of the FIFA Women's World Cup round of 16 in Vancouver, B.C., on Sunday, June 21, 2015. (THE CANADIAN PRESS/Darryl Dyck)

The 2015 FIFA Women’s World Cup is in full swing. The tournament, which is being held in Canada, kicked off on June 6 and will finish with a final match played on July 5. Get to know a bit more about the event with these fun facts.

1. Women in the World Cup

The FIFA World Cup has been played every four years since 1930, but women did not compete until 1991.

There are 24 teams competing in this year’s tournament, making it largest Women’s World Cup yet. 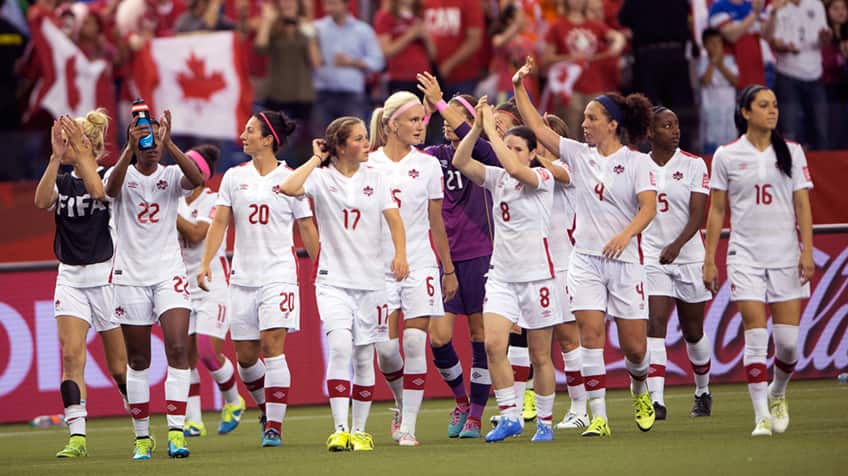 Canada's players salute the crowd after their 1-1 draw with Netherlands during second half Women's World Cup soccer Monday, June 15, 2015 in Montreal. (THE CANADIAN PRESS/Ryan Remiorz)

Matches are being held in five cities across Canada, including Vancouver, Edmonton, Winnipeg, Ottawa, Montreal, and Moncton. This means the tournament will take place across five different time zones. 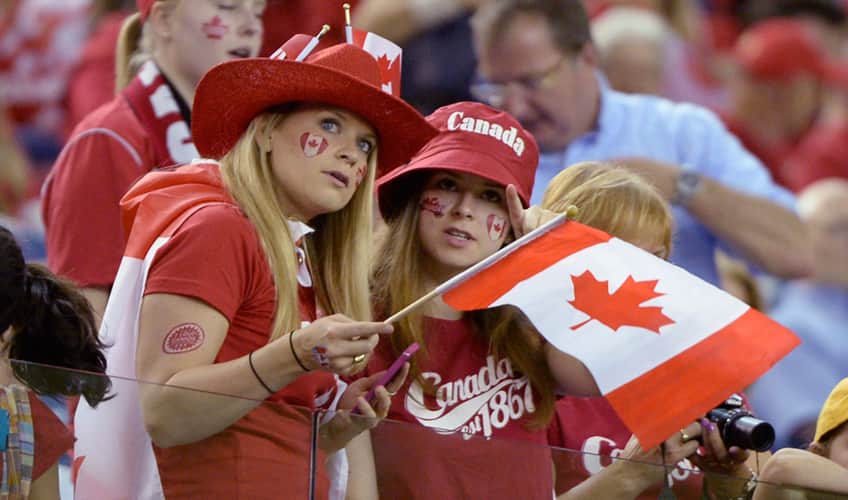 Canadian fans wait for the start of the Netherlands-Canada FIFA Women's World Cupgame in Montreal on Monday, June 15, 2015. (THE CANADIAN PRESS/Paul Chiasson)

This tournament will be the first time that goal-line technology will be used at the FIFA Women’s World Cup. The technology tells officials whether the entire soccer ball has crossed the goal line or not. 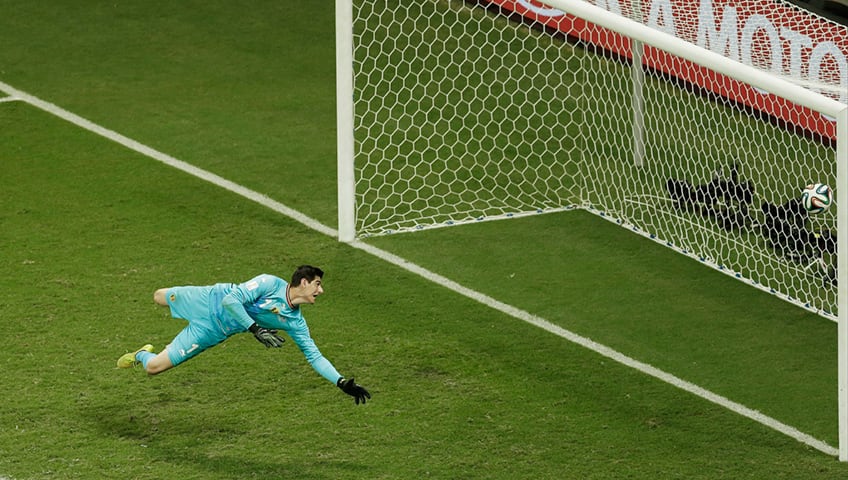 Belgium's goalkeeper Thibaut Courtois looks to the ball crossing the line during the World Cup match between Belgium and the USA in Salvador, Brazil, Tuesday, July 1, 2014. (AP Photo/Themba Hadebe)

The 2015 Women’s World Cup is the first to ever be played on artificial turf. Not everyone is happy about this though. Some players say they are at a greater risk of injury on the fake grass. 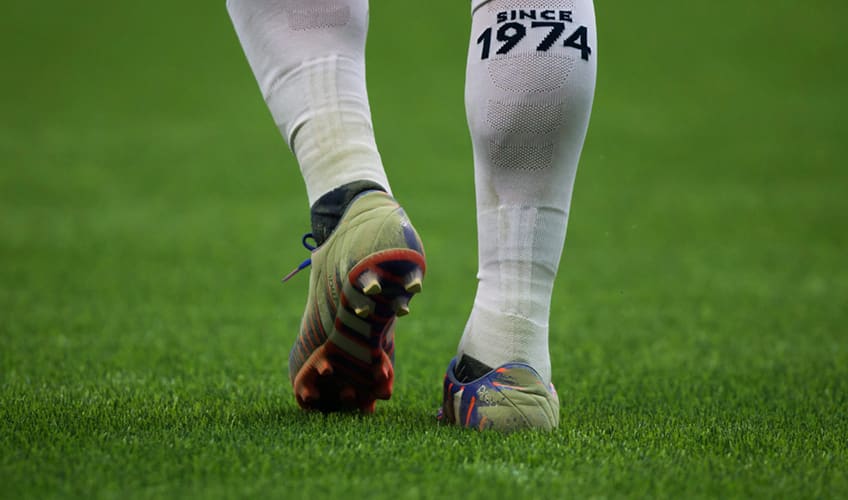 A fine rubber material from the new artificial turf coats the shoes of a player during the first half of an MLS soccer game in Vancouver, B.C., on Saturday May 30, 2015. The new turf was installed for the Women's WorldCup. (THE CANADIAN PRESS/Darryl Dyck)

The World Cup has its own mascot—a female snowy owl named Shuéme. Her name was inspired by the French word chouette, which means owl. Shuéme is meant to symbolize peace and fair play. 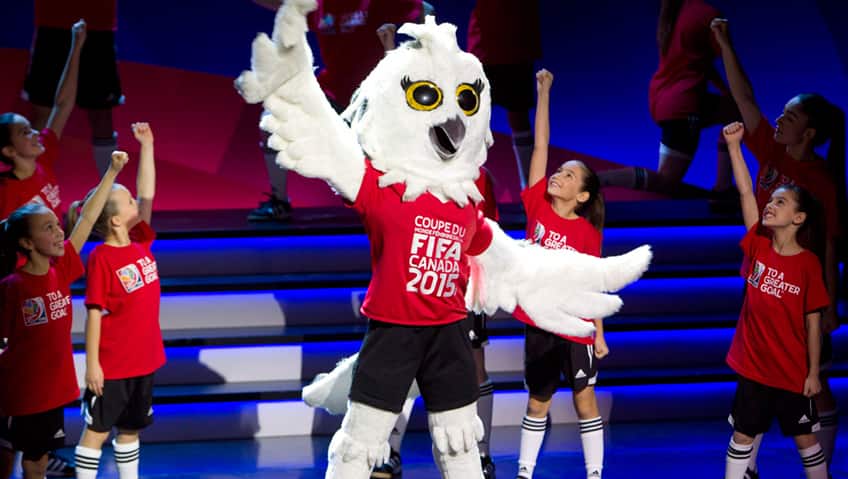 Shueme the Snow Owl, the mascot of the Canada 2015 FIFA Women's World Cup Football competition, dances on stage with children during a ceremony in Gatineau, Quebec, Saturday December 6, 2014. (THE CANADIAN PRESS/Fred Chartrand) 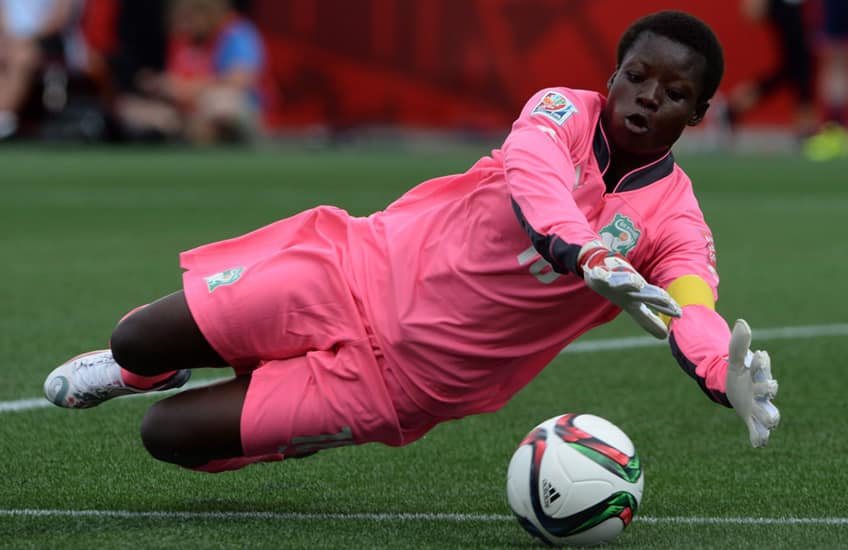 Cote d'Ivoire's Dominique Thiamale makes a save while taking on Germany during first half of FIFA Women's World Cup soccer action in Ottawa on Sunday, June 7, 2015. (THE CANADIAN PRESS/Sean Kilpatrick)

The highest goal-scorer in a single Women’s World Cup match is Michelle Akers of the USA. She racked up five goals in a game between the US and Taiwan in 1991. 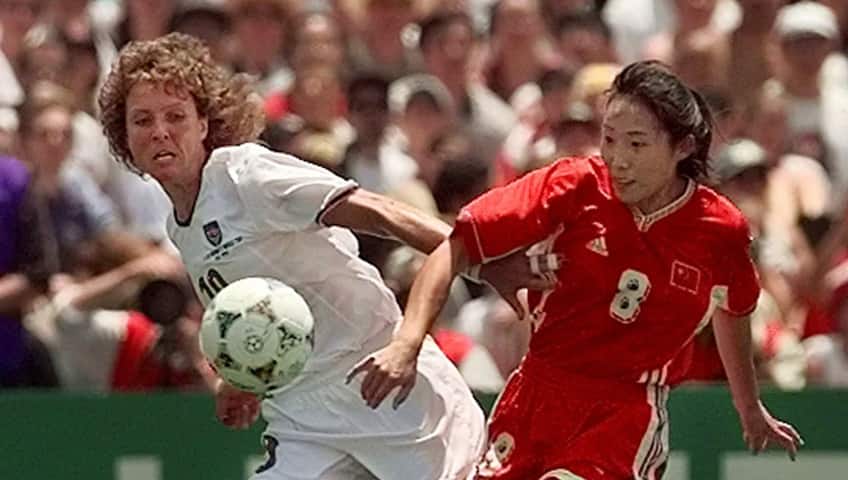 The fastest goal in Women’s World Cup history took place in 1991. Lena Videkull, from Sweden, opened the scoring with a goal just 30 seconds into a game against Japan.

The 1999 FIFA Women’s World Cup final was the most-attended women’s sporting event in history. There were 90,185 spectators in attendance for the match between the USA and China. The game took place at the Rose Bowl in Pasadena, California. And the US team defeated China 5-4 in a penalty shootout. 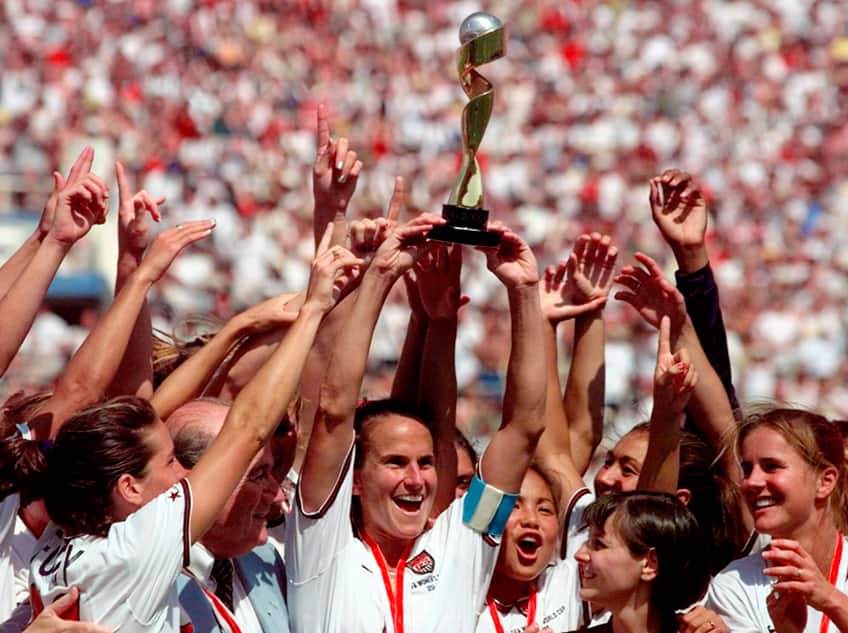 The United States soccer team celebrate with the trophy after defeating China in a 5-4 in a penalty shootout in the Women's World Cup Final at the Rose Bowl in Pasadena, Calif. A dozen years later, they remain the most famous women's team in U.S. sports. (AP Photo/Michael Caulfield, File) 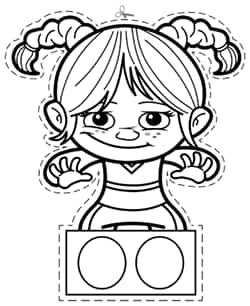 Play along with your favourite soccer stars!

Check out the awesome soccer player finger puppets - you can print them out, colour them in, slide them on your fingers and play a match against your friends or family. See who can score the first goooooaaaalllll! Get all the instructions and download the free set of soccer finger puppets over at CBC Parents! 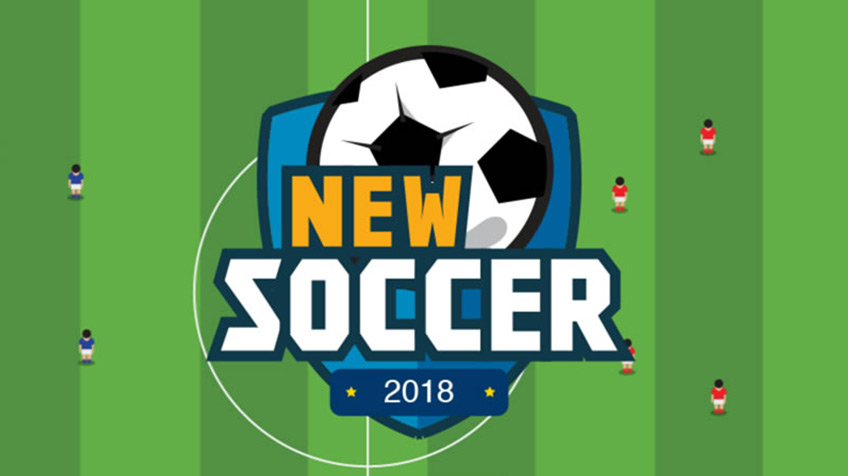 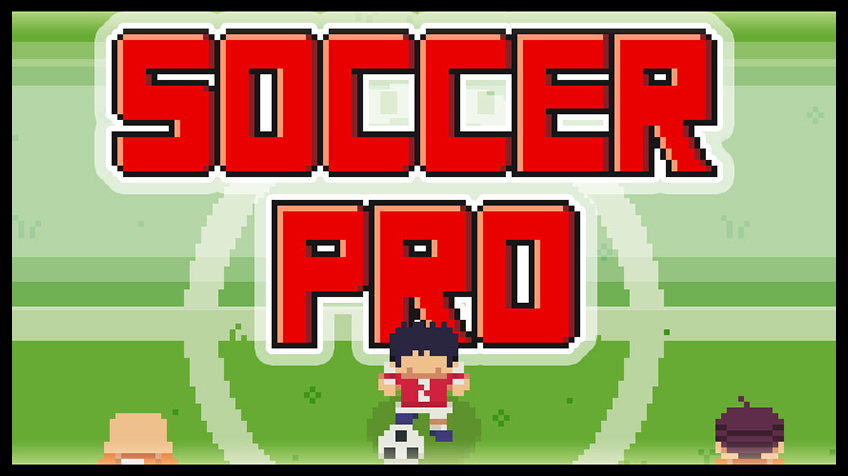 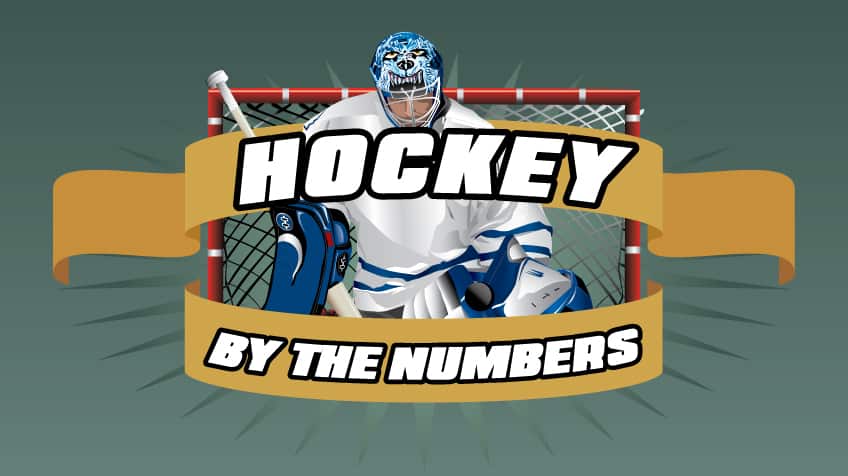 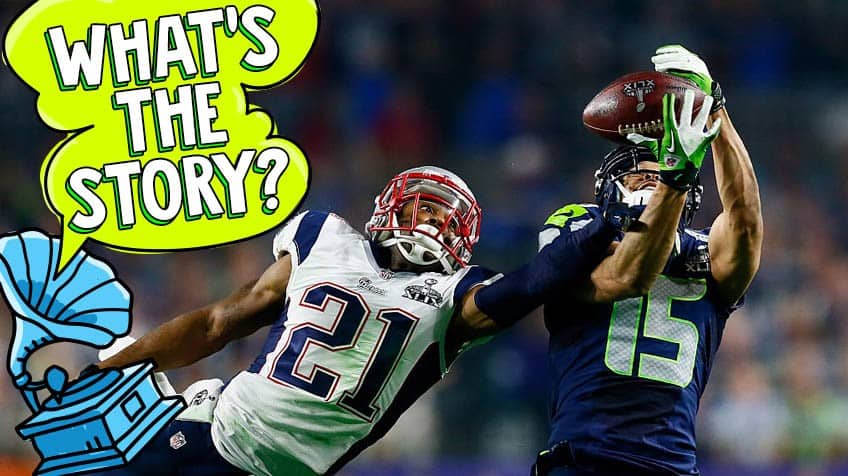