All Activities > The icy tale of the frozen Falls (Photo from THE CANADIAN PRESS/Aaron Lynett)

In 2015, Southern Ontario was in a super deep freeze that people were calling a “polar vortex.”

It was so cold that one of the area’s most spectacular natural attractions turned into an icy shell!

And tourists at the time couldn’t wait to see the frozen wonder!

All those winters ago, visitors rushed over to Niagara Falls State Park hoping to see the large wall of ice and snow that had grown in front of the American Falls, one of three waterfalls that make up Niagara Falls.

The constant freezing temperatures helped create a thick coating of ice on everything near the Falls, including the railings, trees and rocks, and created a huge wall of ice in front of the waterfall.

Did the Falls really freeze solid? 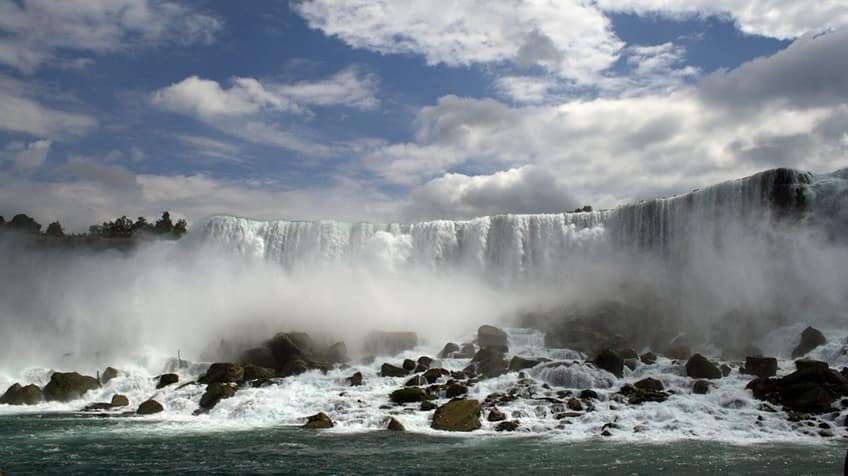 What the American Falls look like when they're not frozen. (Photo by Douglas Earl licensed CC BY-NC-SA 2.0)

Well the answer is no, but the waterfall was actually a big part of how the ice formed!

Because of the extreme cold, the watery mist that normally rises from the Falls froze solid and created the large ice walls. As more mist rose and froze, the ice walls got bigger and bigger. And as long as the temperature stayed below freezing, the ice walls stuck around.

So the water was still flowing? 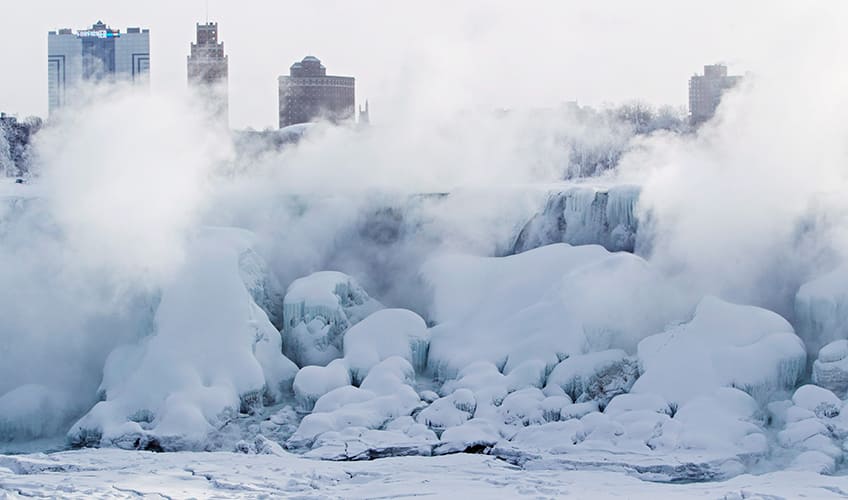 What the American Falls look like when they're frozen. (Photo from THE CANADIAN PRESS/Aaron Lynett)

Even with thick ice all over the American Falls, neither the waterfall nor the river below it ever froze solid. The water continued to flow no matter how cold the temperature got and how much ice cover there was.

That’s why walking out onto a frozen river is never a great idea — it may look safe, but the water under the ice is still moving.

Did the Falls freeze any other time? 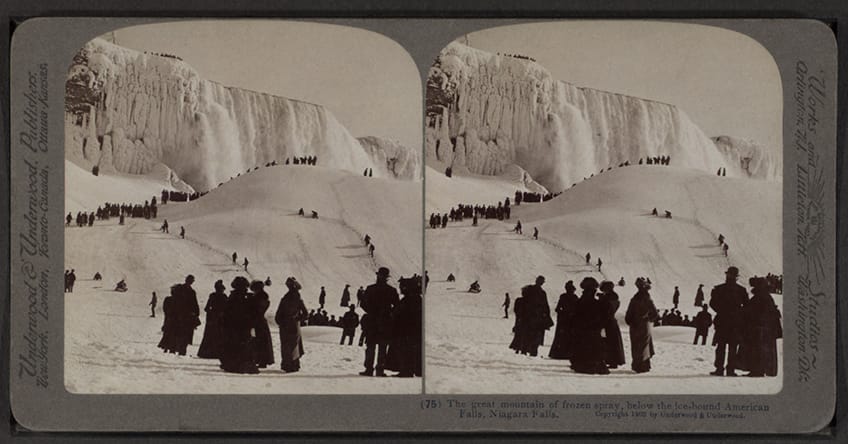 A photo dated 1902 shows people walking on the ice bridge below the frozen American Falls.

This wasn’t the first time Niagara Falls was covered in large ice formations. Many times in the past a thick blanket of ice has spanned the entire Niagara River from one bank to another, creating what is known as an “ice bridge.”

People would actually walk onto the bridge to view the Falls up close. But in 1912, an ice bridge unexpectedly broke apart. After that it was considered too dangerous to walk across the ice. 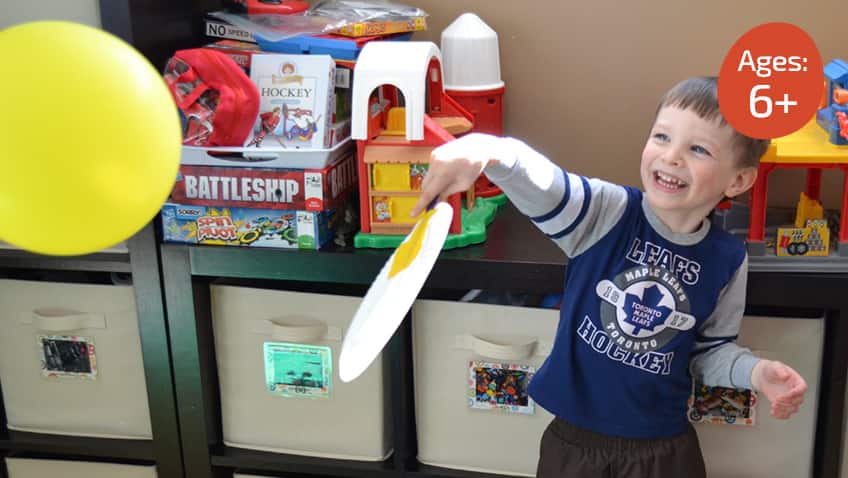 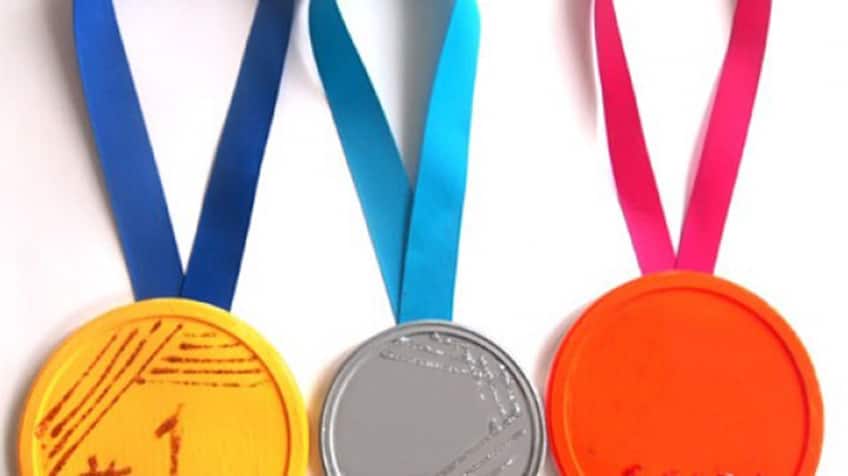 Make your own medals craft Pan Am, Parapan Am, or Both? 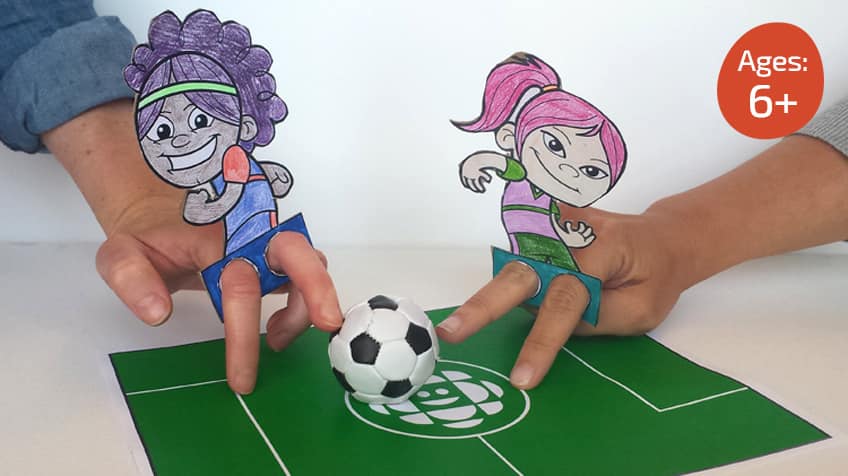