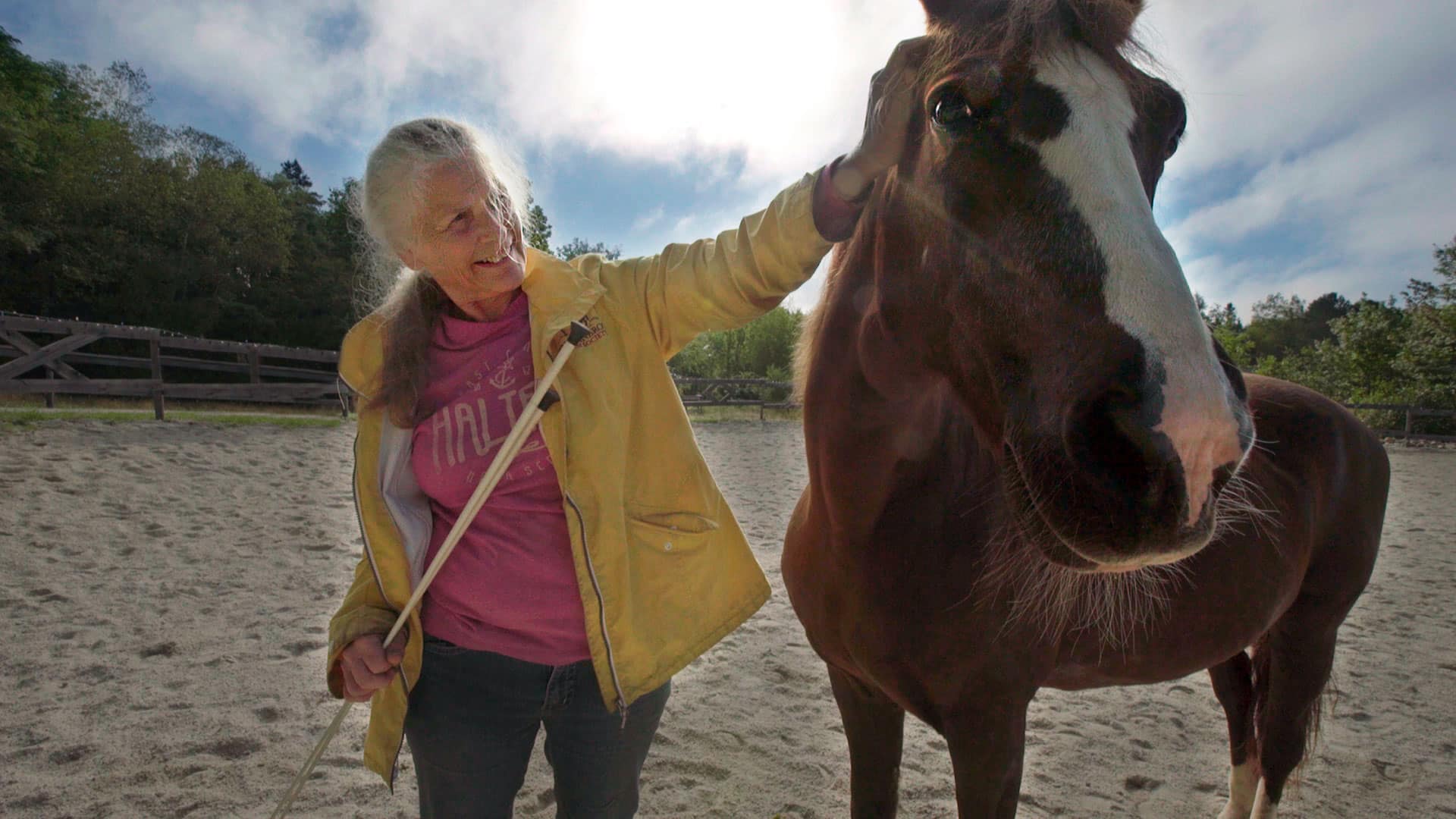 You know the old idiom, “a square peg doesn’t fit in a round hole”? For those who consider ourselves ‘typical communicators,’ there is much to learn from those who communicate differently. Many innovations and inventions have sprung from the imaginative minds of unconventional communicators: Einstein, Emily Dickinson, Darwin, Temple Grandin, Bill Gates – to name just a few. If we choose to ignore what we don’t consider ‘typical’ and we stunt their potential through inaction and ignorance, what gifts might society at large be losing? 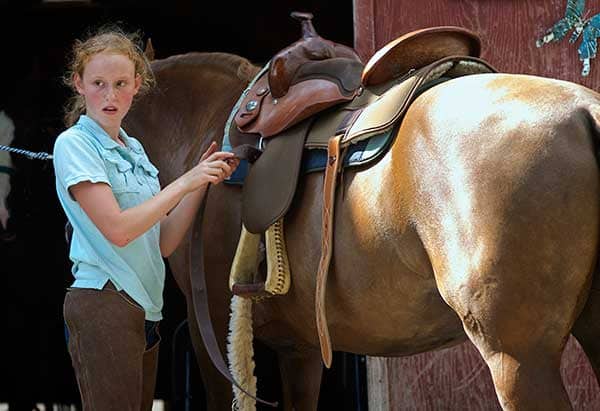 Roze McDormand and Dandy get ready to ride

Free Reins is the story of a 63 year old Patty McGill and her “tribe’: the unique universe of special needs children who come to her farm for her unconventional brand of horse therapy.

MORE:
Everything You Wanted to Know About Horse Therapy

In horse families, the equine leader is the oldest mare with the most common sense. This, in a nutshell, sums up Patty McGill. She’s a frank, determined, hard-working horsewoman and a certified equine-assisted therapist. She’s also, in the words of one parent of a child in crisis, “the single greatest thing that could happen to the life of a family with a special needs kid”.

Roze is a girl who goes to Hinchinbrook. She has autism and one of the traits of her particular kind of autism is obsessional thinking. It is an extremely intense form of focus. Obsessional thinking is what led reknown animal scientist (and autistic) Temple Grandin to invent the humane slaughter house. Roze is obsessed with horses – to the point where she thinks, eats and trots like a horse. Patty believes Roze’s obsession with animals, if properly channeled, can lead her to greatness.

SCENE FROM THE FILM: "It's time to stop putting these people away, out of sight, out of mind." Patty McGill, the founder of Hinchinbrook, explains how people with special needs find the farm and its horses therapeutic.

Patty’s farm is also a welcoming place for a young autistic man named Kirklind, who is totally non-verbal and constantly flaps and twitches, except when he is on one of Patty’s horses. Unlike many in the medical world, Patty believes Kirklind is “in there”, that he is not intellectually incapacitated. Patty is convinced that he will talk one day and she is determined to find a way to unlock his speech.

Jaime, another frequent visitor, has a condition called Dravett’s Syndrome, a rare epileptic condition that affects her long and short term memory. It also affects her socially, as the stigma of her disability leaves her feeling isolated from her peers. As Jaime puts it, “when you have a disability you feel left out all the time”. 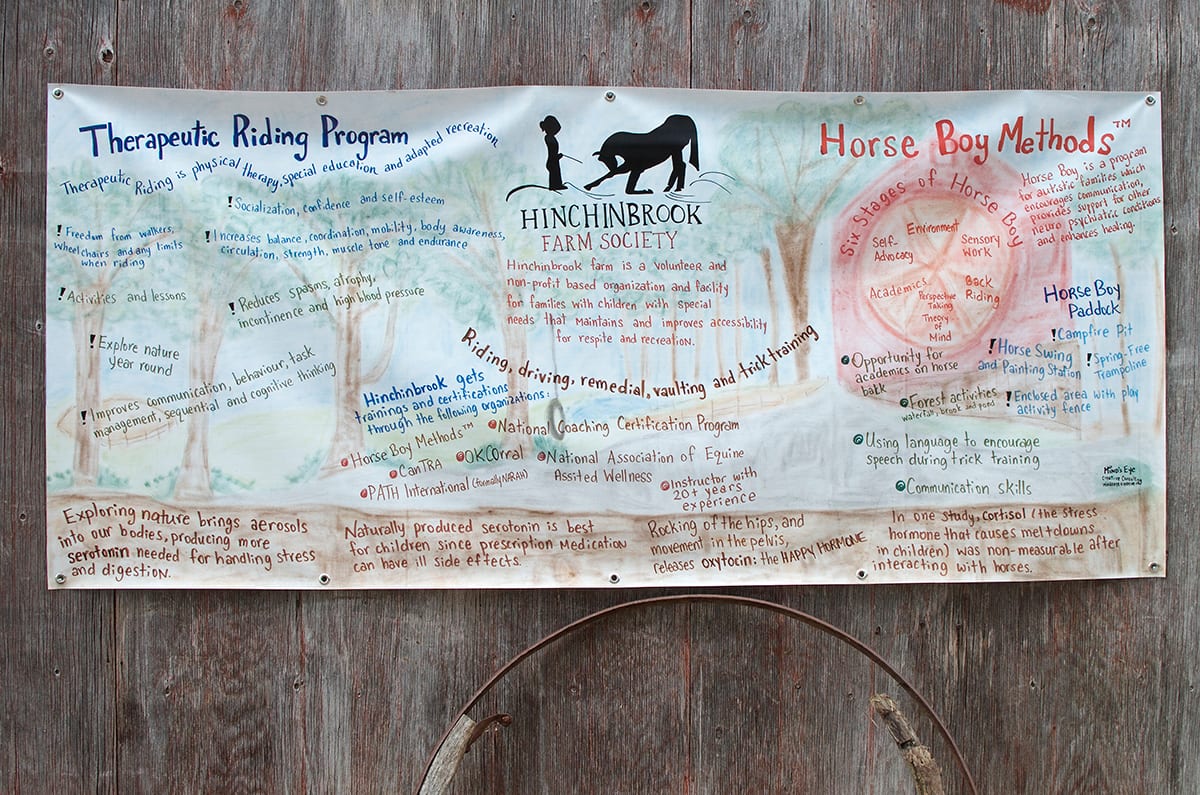 A life-long outsider herself, Patty’s mission to help comes from a passionate love of horses — and the fact that she herself was left disabled from a riding accident. Her condition, reflex sympathetic dystrophy, is a neurological disorder that causes Patty to be in constant pain. However, she refers to her disorder as “the best thing that could have ever happened to me”. She believes her disability gives her the empathy and insight needed to relate to the children who come to her farm. As she puts it, “helping them has given me my life’s purpose”.

MORE:
Lessons Horses Can Teach Us
Why Hinchinbrook Is Such A Special Place

Free Reins follows Patty, a maverick on a mission, and three of the kids who come there seeking Patty’s unconventional help.

Watch Roze's film, The Life of Delilah on Vimeo. 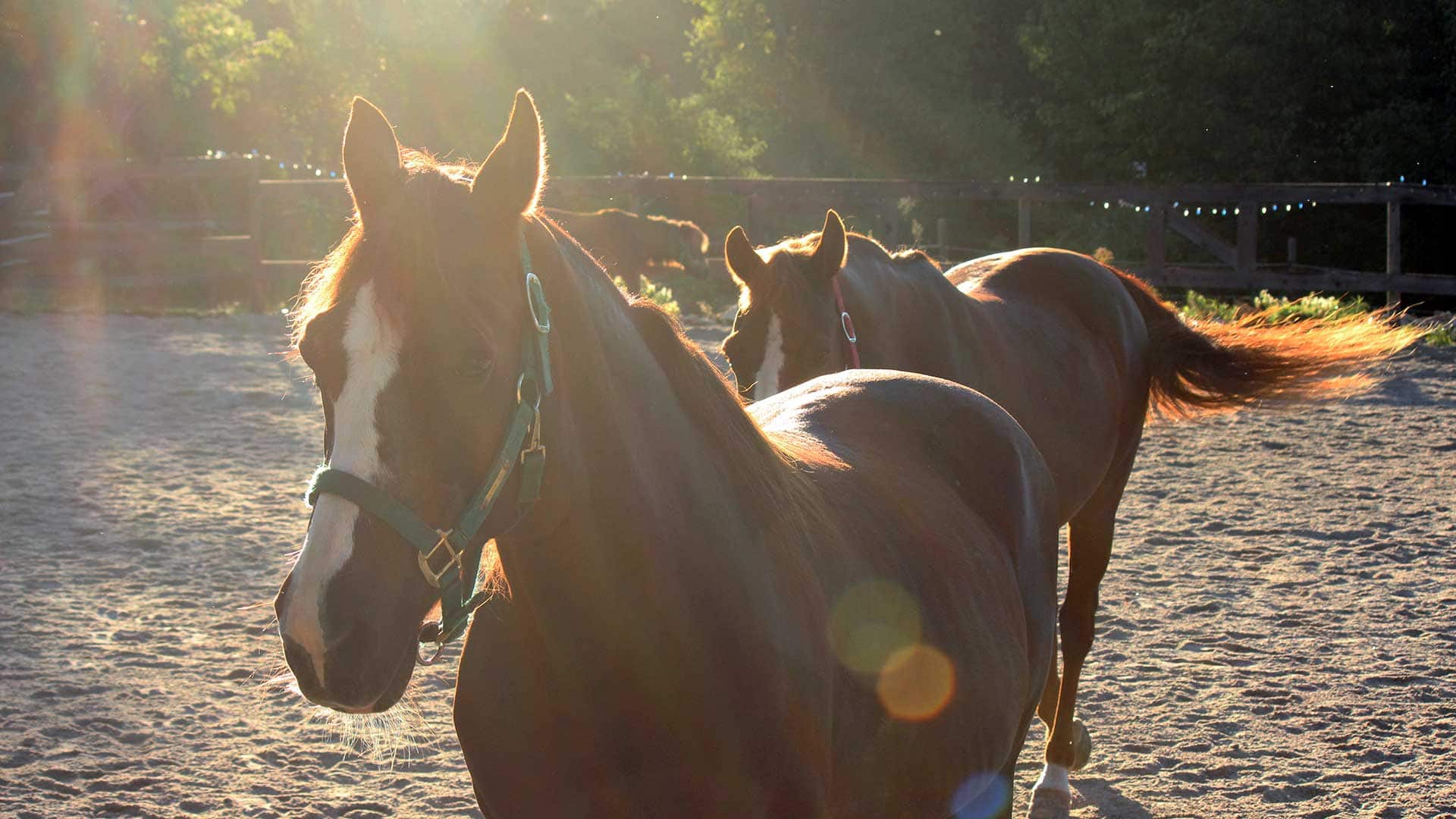 Lessons Horses Can Teach Us 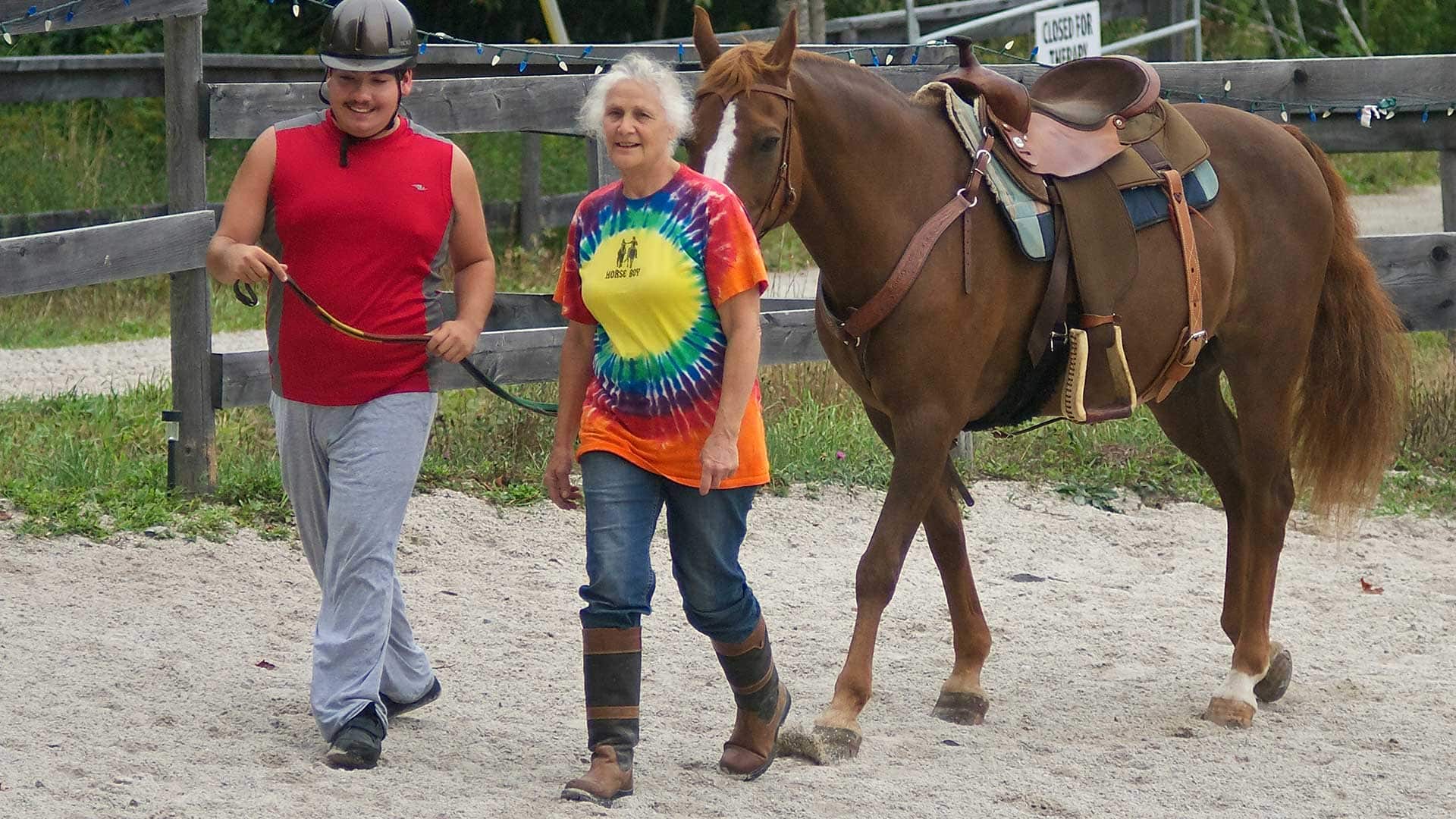 Everything You Need To Know About Horse Therapy 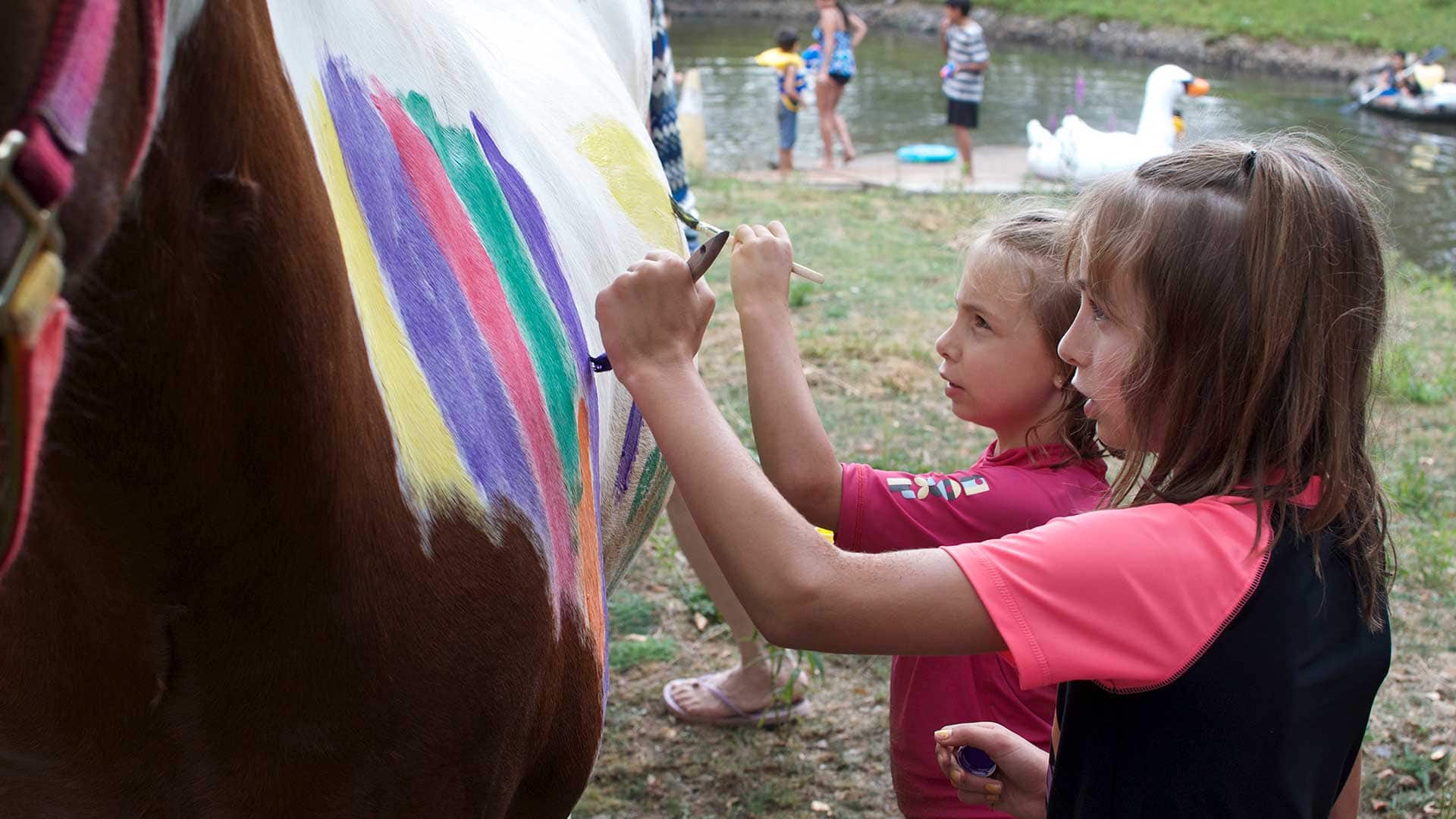 Why Hinchinbrook, A Horse Farm in Nova Scotia, Is Such A Special Place