Inside these Walls tells the story of Wang Bingzhang’s family who continue to campaign for his freedom.  Learn more about the man, who has now spent over a decade in a Chinese prison.

Wang Bingzhang, born in 1947, was the second of five children. An exceptionally good student, he was accepted into Beijing Medical College in 1965 around the same time that China’s cultural revolution began. For a brief time, he became the head of the college’s Red Guards, but when he witnessed the beating of his former high school teachers and principals, he became disillusioned with the communist movement.

After graduating, Wang operated a small medical clinic in Yushu county – an area so remote that people needing emergency hospital care were taken by Tibetans on top of a yak. A year later, he transferred to Shijiazhuang and worked day and night helping victims of an earthquake which struck in nearby Tangshan, killing half a million people. 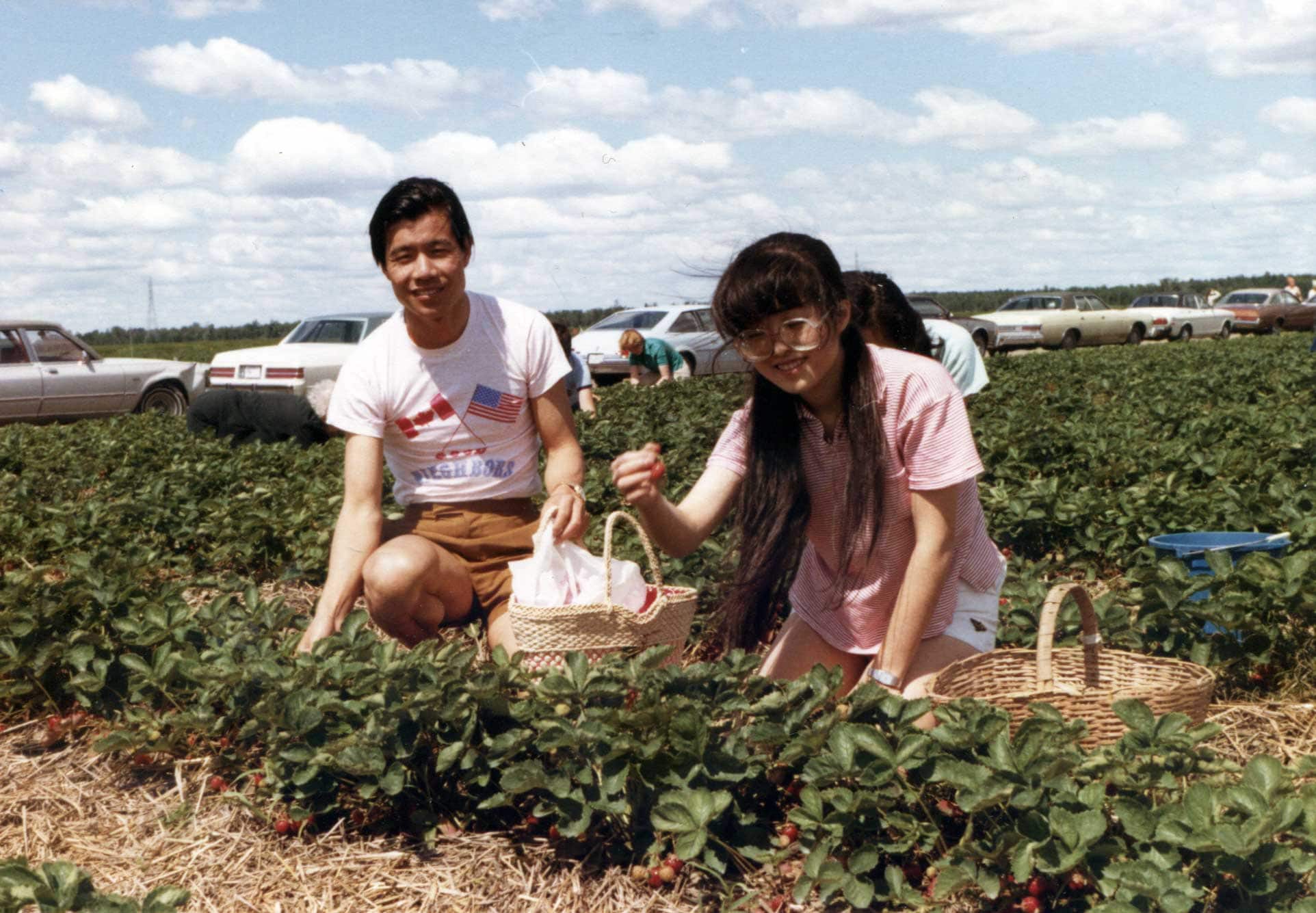 Wang and Chin during happier days.

In 1978, Deng Xiaoping became the leader of China and ushered in a new brand of socialist thinking. He sent the smartest Chinese citizens to study science and technology overseas on government scholarships. Wang, who had taught himself English, was accepted by McGill University to study medicine. In Canada, Wang met his second wife, Chin Ning, and started to work underground for the Chinese pro-democracy movement.

In 1982, Wang became the first Chinese to be awarded a PhD in decades and his accomplishment was heralded by newspapers in China and overseas. He could have returned home a hero, but by then, Wang had other aspirations.

“I think that medicine can cure only a few patients; it cannot cure the diseases of a nation.”

Defection to the U.S.

He went to New York City to set up a magazine, China Spring, which advocated for democracy in China. The New York Times ran a story about his defection where he explained, “I feel that I am a patriot. I think that medicine can cure only a few patients; it cannot cure the diseases of a nation.” By the end of 1983, China Spring announced the formation of the Chinese Alliance for Democracy, the first organization dedicated to the democratic movement in mainland China.

The magazine made splash among Chinese living abroad and back at home. But by the time the student movement picked up steam in 1989, culminating with the Tiananmen Square protests, Wang was ousted from the Alliance. 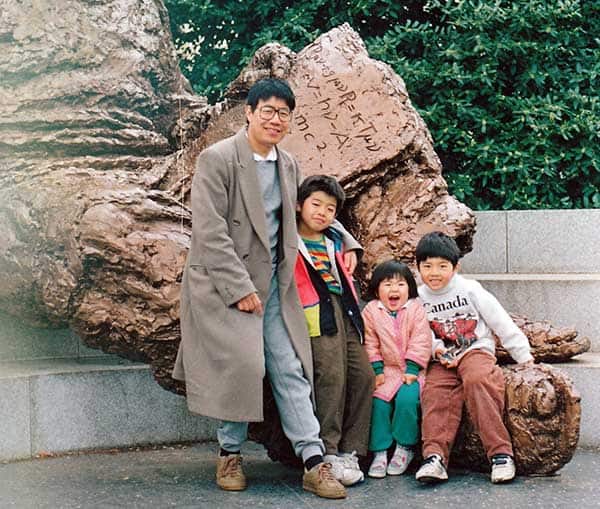 He became a broker for MetLife and moved his wife and family to a Long Island. Wang remained active in the movement by traveling around the country giving passionate pro-democracy speeches. With a fake ID, he travelled to China in 1998 to found the Chinese Democracy Justice Party which led to his arrest. He was deported back to the United States because the Chinese government had plans to host a visit from President Clinton that year.

He also published a pamphlet called The Path to China’s Democratic Revolution, which was controversial because it promoted ‘revolutionary practices’ that China regarded as terrorist tactics.

Aound the same time his marriage ended and his wife and young family returned to Canada.

In June 2002, Wang travelled to Vietnam to meet with Chinese labour activists. While there he was kidnapped and taken into China. It took six months for the Chinese government admit that he was there and announce his arrest. China accused Wang of selling state secrets and advocating terrorism through the use of kidnapping and explosives.

In early 2003, in a closed trial lasting less than one day, he became the first person to be convicted under China’s new espionage and terrorism laws and was given the harshest sentence levied on a political prisoner since 1989, life in prison.

Wang is currently imprisoned in Shauguan Prison in northern Guangdong province. He’s in solitary confinement and subjected to daily “political study” where the goal is to get him to write confessions and admit his crimes.

FROM THE FILM: An excerpt from one of Wang's heartbreaking letters illustrates his stark prison surroundings.

Wang is allowed to write only one letter and have one visit each month. The only relatives that are permitted to visit are his siblings, children and ex-wife. All live in North America and take turns travelling to China to speak with him on the phone for 30 minutes separated by a thick glass wall.

The UN has declared Wang to be arbitrarily detained and various international organizations including Amnesty International, Human Rights Watch and US and Canadian legislatures have voiced their opposition to his detainment. China has never produced any evidence that Dr Wang urged others to commit violence to support their charges.

In September 2013, an art performance piece was staged in New York’s Times Square called In the Cage with Wang Bingzhang.  Activists — including Wang Juntao, one of the leaders of the Tiananmen Square democracy movement — sat in the cage day and night with passersby to show their support. Thousands of postcards addressed to President Obama were handed out during the event calling on the government to advocate for Wang’s release.

Wang’s family has worked tirelessly to free him, as told in Firsthand documentary, Inside These Walls. Because of their efforts, his two sisters and his daughter Ti-Anna can no longer obtain visas to visit him in China.

Wang, now 68, has had several strokes and his physical and mental health are declining rapidly. His daughter says that the North American values of freedom and democracy inspired him and “If governments like Canada and the US — who espouse these values — don’t stand up for people like my father, who else can he count on?” 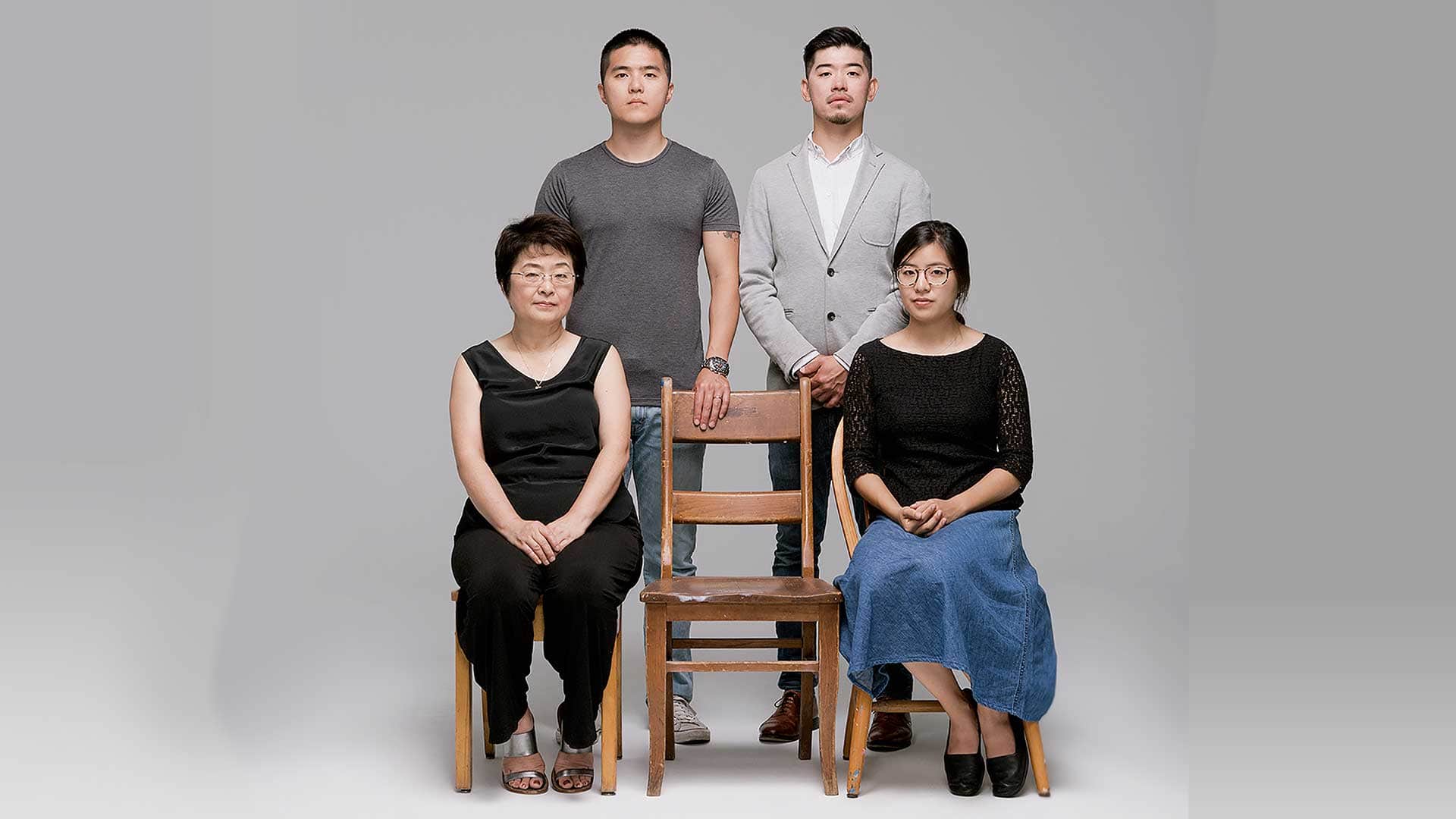 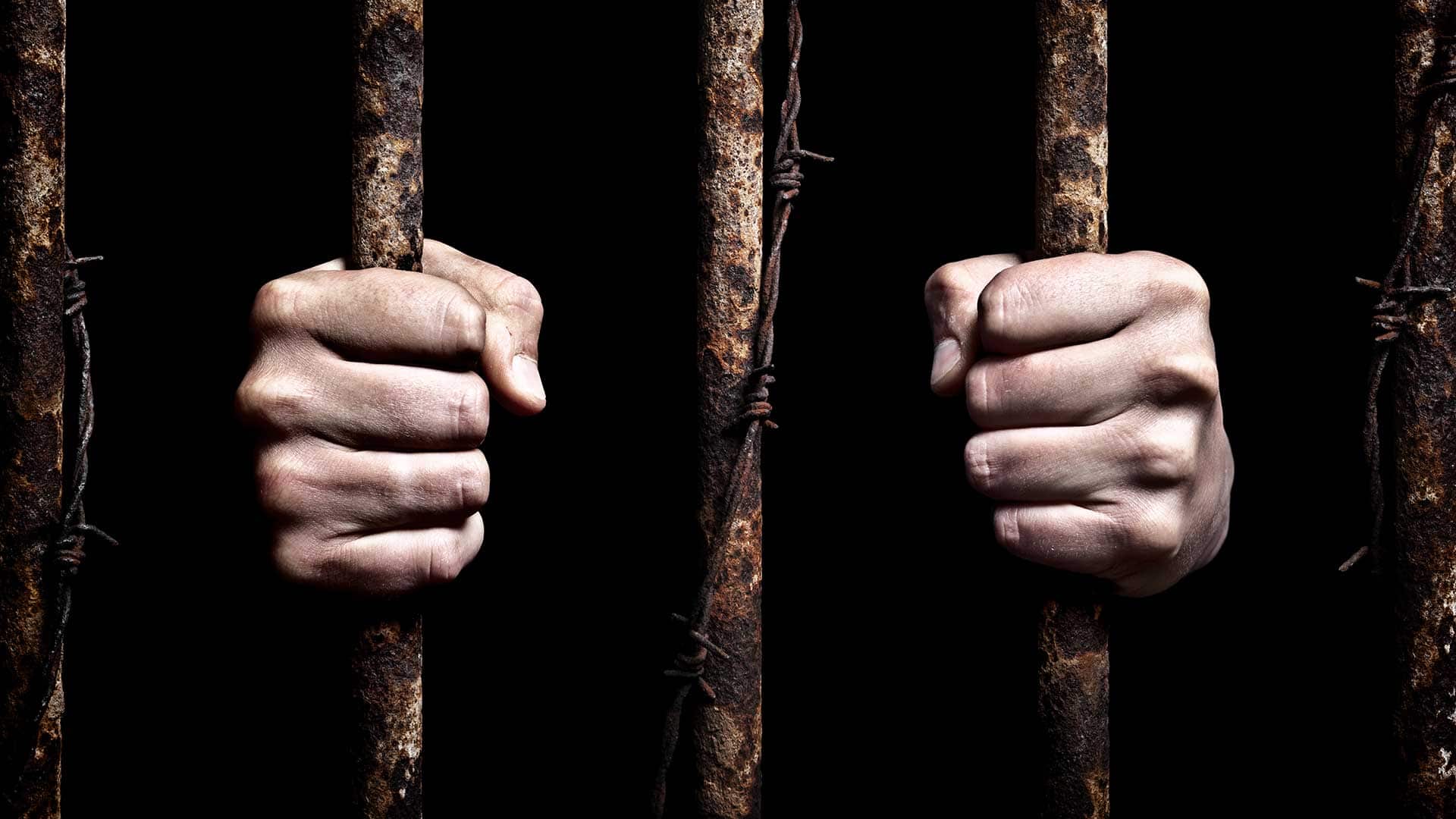 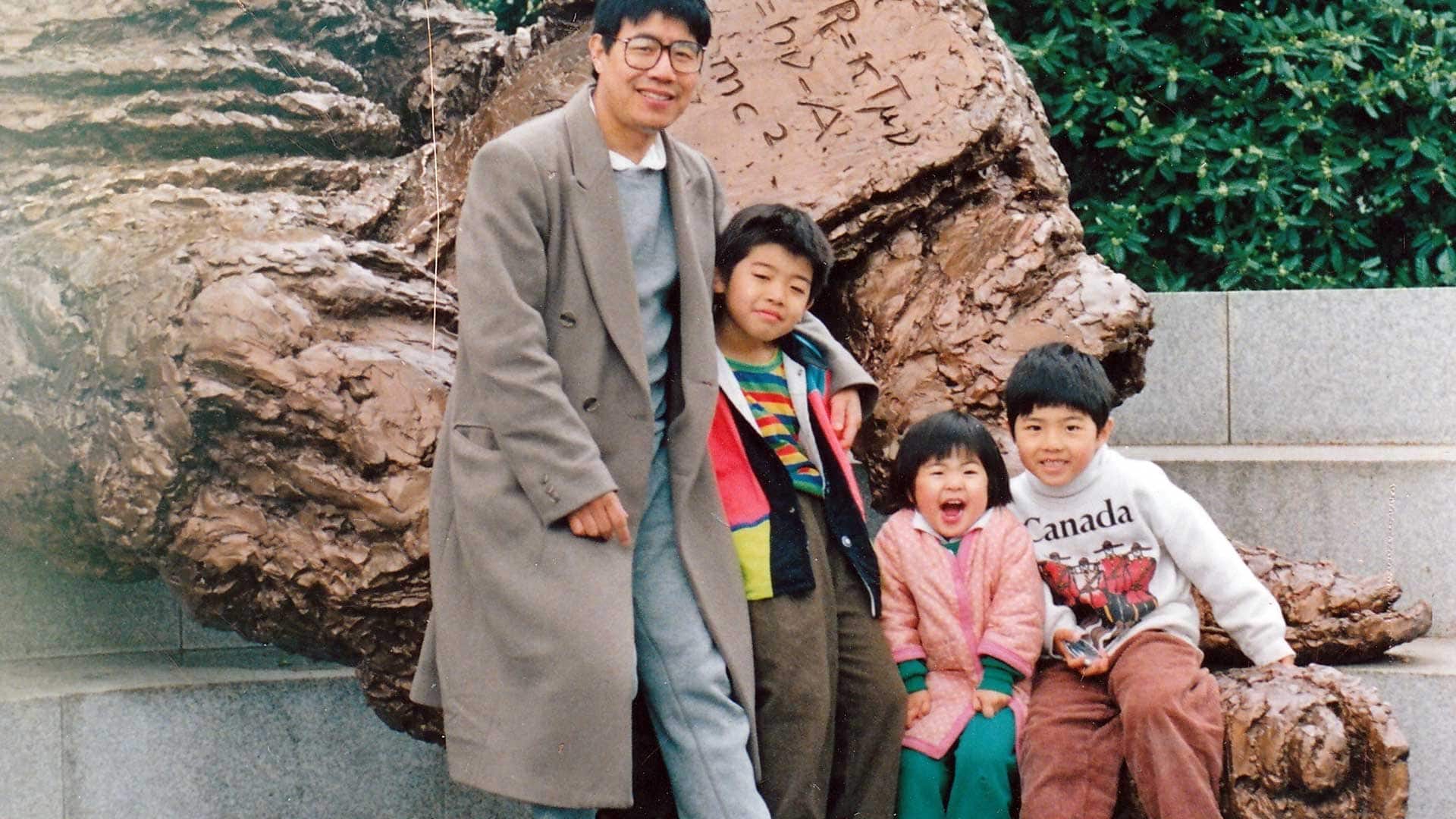 Inside These Walls Tells My Family’s Complicated Story