In 2015, amidst a spike in killings by US law enforcement officers, a contentious debate over ‘police carding’ here at home, and the worldwide rise of the Black Lives Matter activist movement, journalist Desmond Cole wrote his personal, provocative cover story The Skin I’m In for Toronto Life Magazine.

When it was published, Cole’s first-hand testament to police profiling gained national attention, adding his urgent, eloquent voice to a dialogue about anti-black racism already underway. Now, Desmond Cole and acclaimed director Charles Officer have produced a documentary, The Skin We're In, which details the history of racism in Canada.

Here are five more prominent and potent voices – those of authors and artists – that are enriching our country's conversation about race.

In any genre, Clarke maintains his distinct, high-modernist voice, one with the musicality of Yeats and the gut-punch impact of Ezra Pound. Hyper-literate, Clarke mix-and-matches iambic pentameter and Petrarchan sonnets with the modern syncopation of street slang, delta blues, and evangelical preachers. He blends and balances a multitude of influences into his own “blackened English”.

“Part of my strategy as a writer, in responding to my status as the scribe of a marginal and colonized community, is to sack and plunder all those larger literature — British, American, Canadian, French, African-American, Caribbean — and to domesticate their authors and their most famous or noted lines. In other words, my acts of homage are acts of damage.” Source

Clarke’s stories and poems are frequently set in the Maritimes – Nova Scotia in particular, where strong black communities have existed since the 1700s. He draws on historical events to depict the often-overlooked black experience of the east-coast identity. His words map an underexplored homeland that he’s dubbed Africadia, appointing himself its primary hagiographer.

It’s a difficult past to recount, but despite the centuries of racism, abuse, and exclusion endured by his forbearers, Clarke maintains an abiding faith in community and creativity:

“Times are tough. People are on welfare. People are unemployed. There’s racism. The police are unjust. The justice system is a joke. At the same time, while all of that is true, people insisted on creativity, on art, on cuisine, music, beauty for themselves . . . This ability to find one’s own beauty, and to define beauty for one’s self, is also politic: It is an act of resistance against all people who declare your community a slum, or who define you personally as ugly or ignorant, or on the margin . . . We have an existence, and we have a means of defining our own existence for ourselves. Identity doesn’t depend upon a ruling class or an over-group or a majority group. We have ideas and ideals” Source

Read one of his poems about the history of slavery. 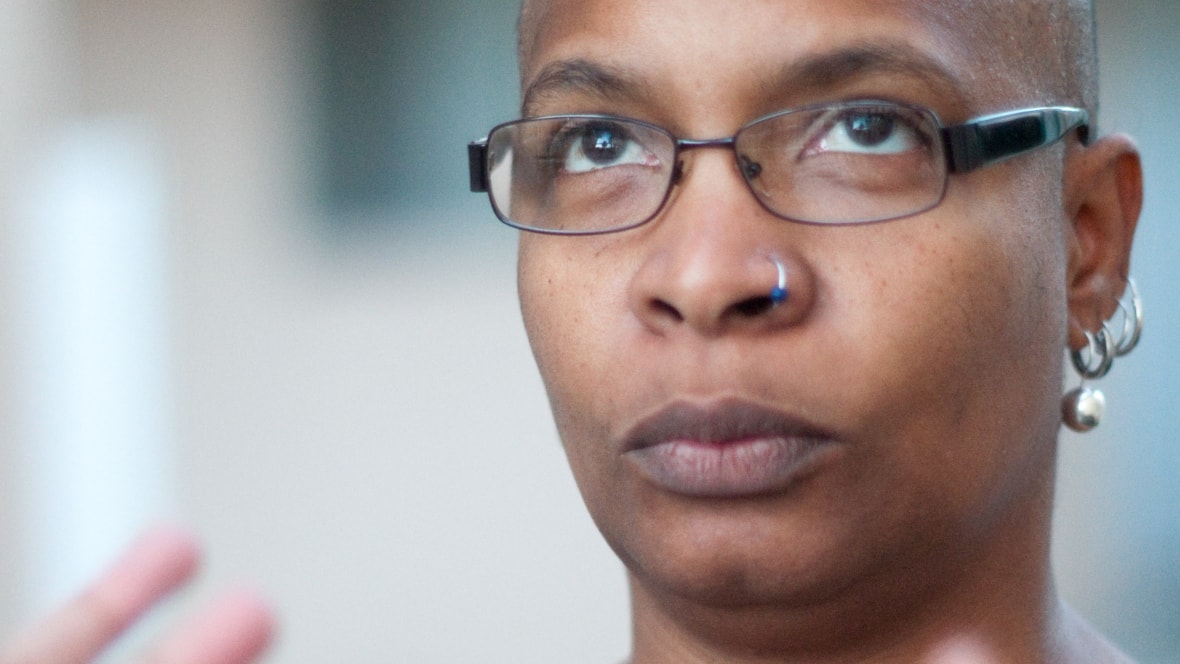 “At a certain point, I began to long to see other cultures, other aesthetics, other histories, realities, and bodies represented in force as well. There were some. I wanted more. I wanted lots more. I wanted to write some of it.” Source: “Correcting The Balance: Nalo Hopkinson Interviewed by Terry Bisson” from Reports from Planet Midnight. Hopkinson, Nalo (PM Press, 2012)

Nalo Hopkinson was born in Kingston, Jamaica and grew up in the Caribbean before. Her family resettled to Toronto when she was a teenager. She learned to read at age three — she’s the daughter of a librarian mother and a writer father — and by 10-years-old she was absorbing Homer and Vonnegut (two clear influences on her future science-fiction career). Her debut novel, Brown Girl in the Ring, won the Warner Aspect First Novel Contest. Her second, Midnight Robber became a New York Times Book Review Notable Book.

Hopkinson’s writing upends the sci-fi status-quo — predominantly white, straight and male — with her pursuit of feminist, post-colonial, and gender-queer narratives and themes. Her rich prose is packed near-future jargon and the patois of her homeland, often in the same sentence. Her vivid stories draw upon Afro-Caribbean history and mythology, seamlessly weaving these in among speculative technologies and intergalactic environments.

Nalo Hopkinson is a vocal champion of diversity in genre writing. She helped found the Carl Brandon Society (dedicated to exploring race and ethnicity in speculative fiction) and currently teaches Creative Writing at University of California Riverside, encouraging a new generation of authors to hone their distinct voices, despite the obstacles.

“I don’t think there’s some conspiracy of evil racist editors. There doesn’t have to be. The system has its own momentum. In order to be antiracists, you actually have to choose to do something different than the status quo.” Source: “Correcting The Balance: Nalo Hopkinson Interviewed by Terry Bisson” from Reports from Planet Midnight. Hopkinson, Nalo (PM Press, 2012) 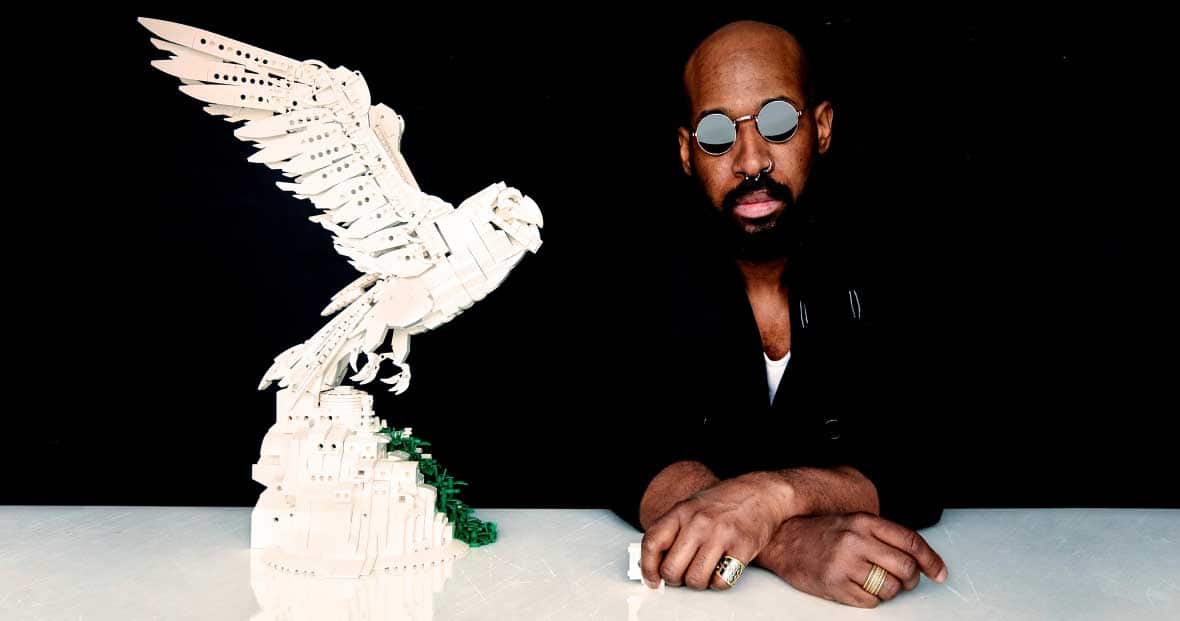 “To me art is politics, and as such demands a certain sensitivity to the world that is pivotal in defining oneself as an artist. It is rare you will see works I've created that are not politicized in some way. I don't simply mean to impress people with what I've made out of LEGO, I mean to effect change.” Source

Like children around the world, young Ekow Nimako loved to play with LEGO. Born in Montreal to Ghanaian parents, Ekow and his brothers would ignore any step-by-step instructions accompanying the building blocks, choosing instead to create their own fantastic constructions out of sheer imagination.  Little did Nimako know that his talent with the toy would lead him to a serious career as a contemporary artist.

What began as an idle hobby after graduating from York University — making small LEGO birds while he looked for work — has, in a few short years, garnered international attention and six-figure price tags for his ingenious, impossibly-detailed statues.

While his jaw-dropping Silent Knight, a 50,000 piece LEGO barn owl, was a rave at 2015’s Nuit Blanche,  a year earlier Nimako had shown, with his debut exhibitionBuilding Black, that though his medium of choice may be toy blocks, this was by no means child’s play.

The collection included LEGO versions of West African masks, a slave-era Flower Girl and the life-sized infant Tar Baby, constructed of glossy, jet-black LEGO blocks.  The show left a profound effect on its viewers, raising issues of ethnicity, identity, and shadism with its stark and tactile beauty.

“The toy-like nature of LEGO creates the cultural polarity I've spoken about before with regards to my work. Most people are not expecting to confront themes of discrimination, sexual abuse, or slavery when it comes to LEGO, and I think that is what makes my work so potent, and significant.” Source

While his current work depicts Afro-Futuristic landscapes and confronts the treatment of migrants worldwide, Ekow Nimako’s concern with social justice extends beyond his art. He shares his talent and ideas through workshops he leads, with the participation of the Peel District School Board and Art Gallery of Mississauga. In them, students build their own LEGO ‘avatars’ to explore themes of otherness. 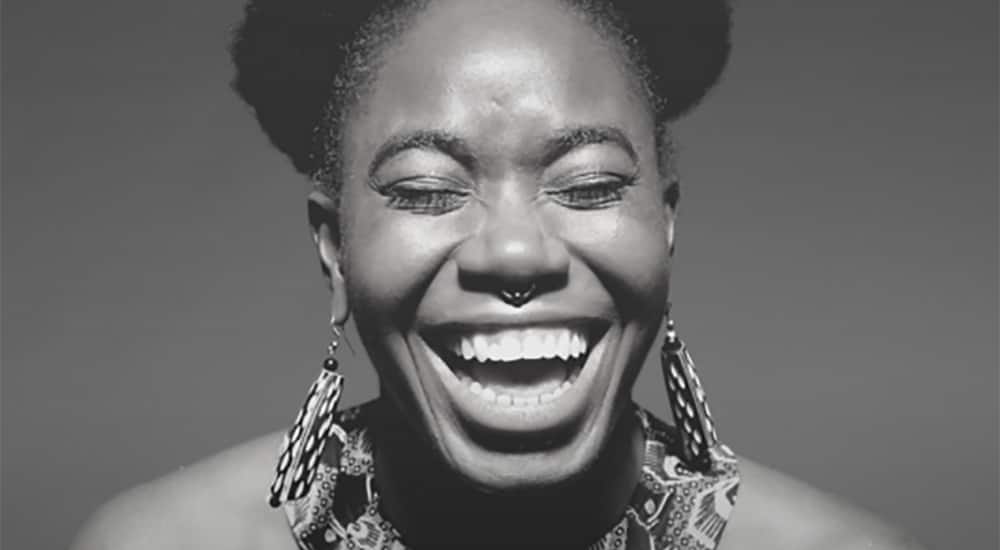 anitafrika’s work has always been influenced by her childhood in Jamaica (and her mother, dub pioneer Anita Stewart) and also the culture clash that comes with migration. But her focus continues to evolve and expand, encompassing the African diaspora and worldwide anti-oppression issues.

From her early appearances in Trey Anthony’s Da Kink in My Hair and the ahead-of-its-time series Lord Have Mercy! to her unforgettable solo shows blood claat, benu, and word!sound!powah!, anitafrika is a fearless and powerful artist who transcends cultural boundaries.

Like many of the people on the list, d’bi young anitafrika has gone beyond her own artistic career to affect positive change in others. In 2007 she founded The Watah Theatre to be a “unique, equitable, loving, self-actualizing space for black, queer, LGBT and People of Colour artists”. She’s since gone on to develop the Anitafrika Method — an intersectional anti-oppression personal development framework. 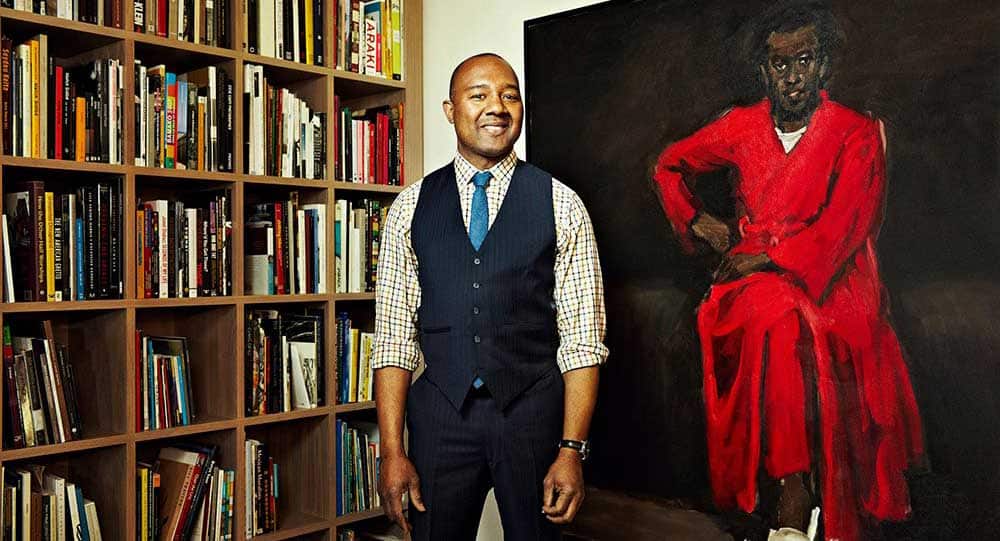 “I remember not really seeing myself reflected on TV, movies, books, billboards or even history books and gallery walls, so it became a personal project to look for reflections of self and own them.” Source

Dr. Kenneth Montague is frequently described as a Renaissance Man. The well-worn phrase attempts to encapsulate his many pursuits — he’s not only an art collector, curator, and lecturer, but also a talented musician and beloved Toronto-based dentist (and, for a dentist, that’s saying something). The label, however, belies Montague’s focused, dedicated contributions to the Canadian art landscape and the important way in which the ‘personal project’ he describes has become a public initiative.

Since 1997, Dr. Montague has served as the director of Wedge Curatorial Projects, an organization he founded to promote artists of the African and Black diaspora, and exhibit artwork exploring issues of race, identity, history and community. While his collection includes pieces by major artists like James Van Der Zee and Malick Sidibé’s, his passion lies in bringing attention to emerging artists, acquiring pieces by rising-stars Dawit Petros, Anique Jordan, and Sandra Brewster.

Readers wanting to see some of the Wedge’s collection can travel to the Art Gallery of Windsor this spring to see the exhibit Position As Desired, or book an appointment to sit in Montague’s dentist chair, where a rotating selection of the doctor’s private collection is always on display.

The Skin We’re In

Here’s What You Need to Know About Carding

Don’t Believe The Hype: Canada Is Not a Nation of Cultural Tolerance