Urgent, controversial, and undeniably honest, The Skin We’re In is a wake-up call to complacent Canadians. Racism is here. It is everywhere. It is us and we are it. Following celebrated journalist Desmond Cole as he researches his hotly anticipated book, this documentary from acclaimed director Charles Officer pulls back the curtain on racism in Canada.

This film marks a distinctly Canadian contribution to the “Black Lives Matter” movement which originated in the US, but which describes a set of systemic injustices and disadvantages faced by all black people living in white-dominated societies. Cole asserts that anti-black racism is so all-encompassing in Canada that black people and their allies, far from congratulating themselves that they do not live in America, should be following the American example and dismantling the structures that continue to hold them back. 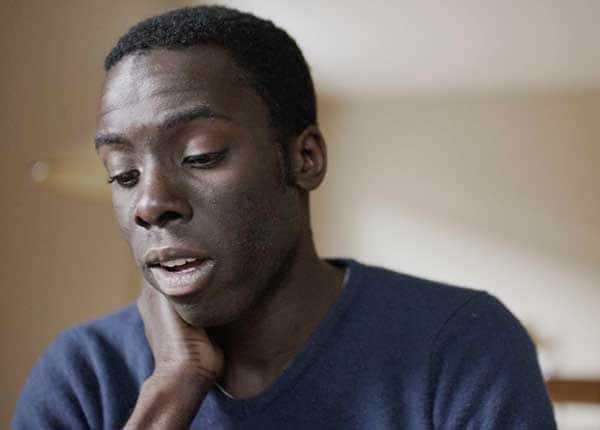 The Skin We’re In invites viewers into the mind of an emerging intellectual and firebrand. Boasting intimate access to one of Canada’s most intriguing voices, it profiles Desmond Cole as his most exciting chapter unfolds.

This is his journey from journalist to activist, unfolding in real time. We follow Cole as he travels across Canada in pursuit of stories, examples, and knowledge about black identities and experiences.

MORE:
The First Reported Race Riot In North America Happened in Canada
5 Creative Canadians Changing the Conversation About Race
The Current: Listen to an interview with Desmond Cole

The film begins at the National Magazine Awards where Cole racks up a series of prizes for his penetrating cover story on police surveillance of black people. In his acceptance speech, Cole dedicates the awards to people of colour whose stories go unheard. From there, the film follows him as he embarks on a journey to understand more about those very people.

SCENE FROM THE FILM: "It's not okay to see black people this way." - Desmond Cole

From his local Toronto barber shop to Halifax’s venerable Kwacha House, Cole engages with a diverse collection of black Canadians and listens to their stories. Cole travels back to Ferguson, Missouri, the site of a high profile police shooting, and the place where he feels he became a black activist.

MORE:
Don't Believe the Hype: Canada Is Not A Nation of Cultural Intolerance
Here's What You Need to Know About Carding
CBC ARTS: One movie can't end racism in Canada — but 'The Skin We're In' will fuel the fight

Back in Toronto, he confronts the Chief of Police about the police shooting of Andrew Loku, an African immigrant, and witnesses a powerful Black Lives Matter protest. He wonders about Loku’s family, and journeys to Saskatoon to meet with his grieving sister. Finally, Cole travels to his home town of Red Deer, Alberta, to reconnect with his first experiences of being a Canadian, and to sit down with a family or recent immigrants from Africa.

The Skin We’re In is a procedural documentary. It is an investigation. And it is a cry from the heart. Cole’s journey is not just toward discovery, but toward the unveiling of a desperate, hidden truth: the truth about the skin he’s in. And the Canada we thought we knew.