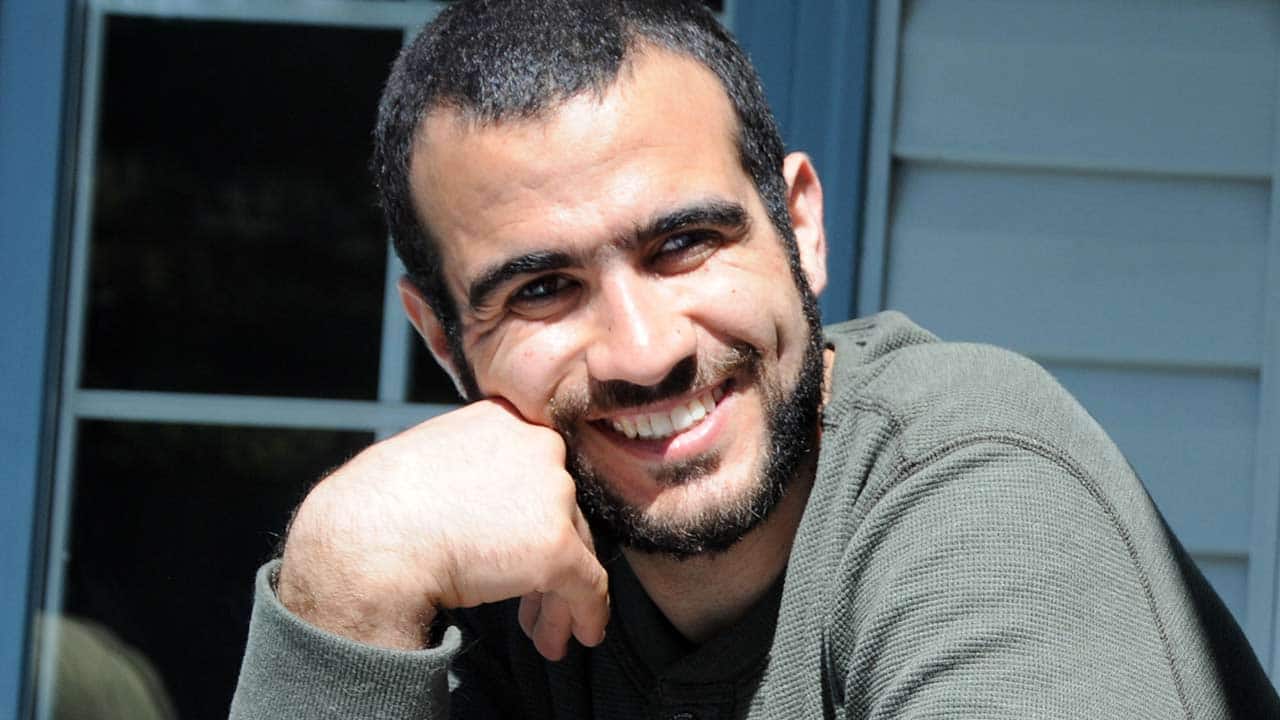 
Canadian Omar Khadr has been at the centre of that controversy since he was 15. In October 2010, Khadr pleaded guilty to five war crimes, including “murder in violation of war," in return for a plea deal that gave him an 8-year sentence and a chance to return to Canada. He later recanted his confession and his Guantanamo conviction is being appealed in the U.S.

MORE ON THIS STORY:
THE TORONTO STAR: Omar Khadr in his own words
THE CURRENT: Omar Khadr shares his story in 'Out of the Shadows' documentary
CBCNEWS.CA: On 'freedom high,' Omar Khadr knows 'people are just going to think I'm fake'
DOC ZONE: The U.S. vs. Omar Khadr
OPINION: Good Muslim, Bad Muslim

Omar Khadr: Out of the Shadows features unprecedented access and exclusive interviews with Omar Khadr during his first few days of freedom in Edmonton, where he was finally released on bail on May 7, after nearly 13 years in detention.

This documentary delivers an intimate portrait of how a teenager from a Toronto suburb ended up being at the centre of one of the first U.S. war crimes trials since the prosecution of Nazi commanders in the 1940s. He is the only juvenile who has ever been tried for war crimes. Out of the Shadows gives Omar Khadr the opportunity to speak for himself on camera for the first time.

Based in part on Michelle Shephard’s authoritative book Guantanamo’s Child: The Untold Story of Omar Khadr, the documentary takes us from his childhood spent traveling between a Canadian suburb and Peshawar at the height of the jihad against the Soviets, into Afghanistan and the homes of al-Qaeda’s elite, into the notorious U.S. prisons at Bagram and Guantanamo and back again to Canada.

UPDATE:  Khadr was awarded a 10.5 million dollar settlement and an apology from the Canadian government.  He is currently studying to become a nurse.

Directed by Patrick Reed and co-directed by Toronto Star journalist Michelle Shephard, Omar Khadr: Out of the Shadows is a White Pine Pictures production in association with the CBC.