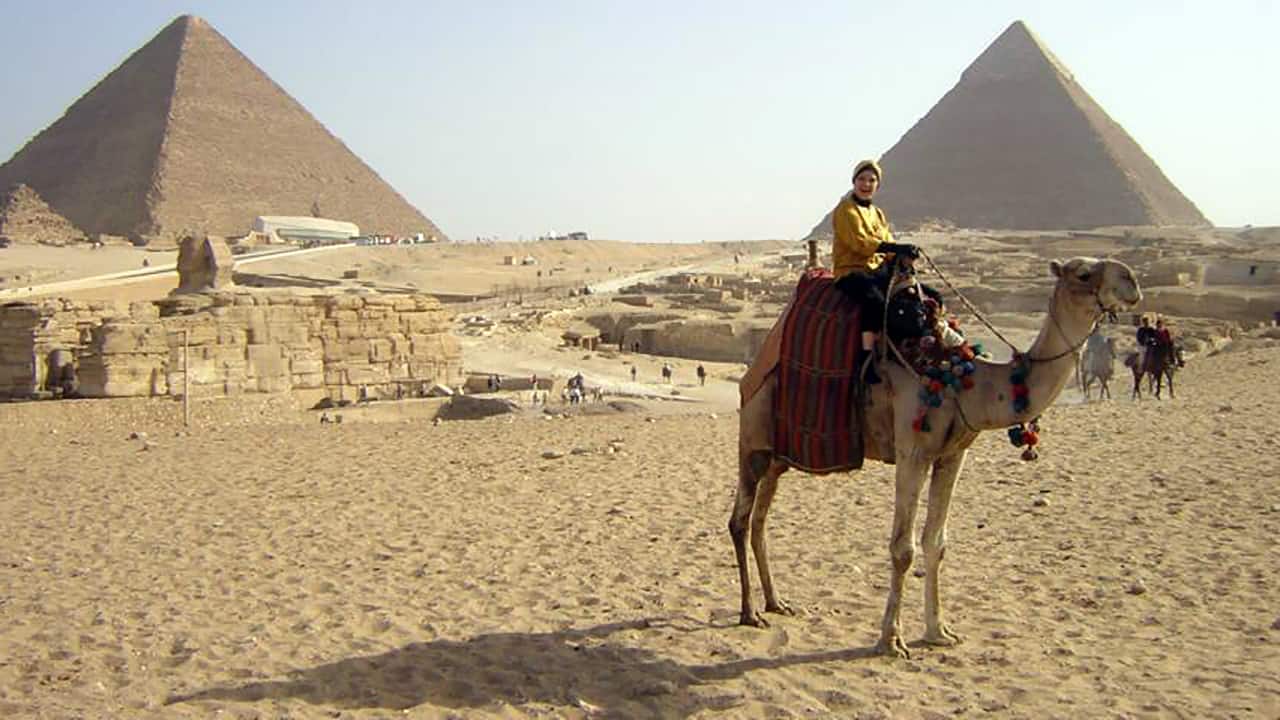 Beverley Giesbrecht could have been your next-door neighbour. She was a businesswoman from West Vancouver, and a seemingly ordinary Canadian. She was considered fearless and driven, especially when she converted to Islam.

“I wanted to explore what makes someone leave their world behind, at a late stage in her life, and immerse themselves in a society that is completely alien to them.”

Her extraordinary story is told in The Woman Who Joined the Taliban — a documentary that tries to make sense of how Giesbrecht took on a quest for salvation in Islamic jihad, and then fell into a hell of captivity at the hands of the Taliban.

Giesbrecht was a former Christian and successful publishing entrepreneur. After the events of Sept. 11, she immersed herself in intensive research on American-Middle Eastern relations, converted to Islam, and adopted the name Khadija Abdul Qahaar. In 2002, she launched the news website JihadUnspun.com, whose aim was to present uncensored reporting of the United States' "war on terrorism" on a global scale.

It was her “progressive and dedicated” conversion that compelled executive producer Vanessa Dylyn to tell Giesbrecht’s incredible, tragic story. She was fascinated by Giesbrecht’s personality and shocked by some of her decisions.

“I wanted to explore what makes someone leave their world behind, at a late stage in her life, and immerse themselves in a society that is completely alien to them,” Dylyn said.

“The fact that she was warned repeatedly not to go into certain territories and that she just pressed on into tribal areas that were far beyond the jurisdiction of the Pakistani government was an aspect of her journey that just stunned me.”

Giesbrecht went to Pakistan in the summer of 2008 to make her own film — an inside look at the Taliban warriors — in the form of video diaries, with the hopes of interviewing top Taliban officials. She was kidnapped that November by Taliban militants and reported dead two years later. Because her work was sometimes considered sympathetic to the Taliban, Dylyn notes that some critics suggested Giesbrecht brought on her own misfortune.

Scene from the film: Beverley Giesbrecht visits the home of Shah Abdul Aziz

“Once she had been kidnapped by the Taliban in Pakistan, there were many comments in the media stating quite bluntly that she deserved what she got,” Dylyn said. “I realized the truth was much more complex, that her motivations for her actions were complicated, and I wanted to explore her physical and psychological journey.”

Dylyn describes some nerve-wracking scenes from the footage Giesbrecht had secretly shot of her meeting with the Taliban, including the “less-than-polite tone” she used when speaking with them. “I thought, either she is a very courageous individual or she doesn’t realize what danger she’s in.”

Before she was kidnapped, Giesbrecht managed to send her video diaries to her U.K. producer, and the footage found its way to director Kai Lawrence. British production company Spring Films then approached Dylyn and Matter of Fact Media about co-producing a film with them and Lawrence about what happened to Giesbrecht.

While going through all the material, Dylyn said the most heart-wrenching footage they came across was Giesbrecht’s hostage videos.

“She looked desperate, had aged horribly, and was truly frightened that she wasn’t going to be released from captivity. These were very difficult to watch.”

Scene from the film: Beverley Giesbrecht in captivity

In addition, Dylyn said the footage Giesbrecht captured of the Taliban warriors, even when they were simply sitting, was “frightening.”

“The crew and interviewees had to move about as discreetly as possible so as not to attract attention. I prayed a lot during production.”

“One sees images in the news or media of tribal areas of warriors fighting, but you never see them at rest or smiling at lunch. It was very eerie and created a frightening feeling,” she said.

"I prayed a lot during production"

When it came to getting all the facts about the Canadian government’s efforts to help Giesbrecht, Dylyn said she “could write a book” on all the roadblocks that held them back. The biggest being limited access to information from the RCMP, The Department of Foreign Affairs and CSIS. They had the help of Curt Petrovich, the CBC journalist in Vancouver who had been following Giesbrecht’s case since her kidnapping, but even he could not get statements from any of the government agencies.

“What was frustrating was that there were several government officials involved in the case who spoke off the record and claimed that the Canadian government did everything it possibly could to get Beverley released,” Dylyn said. “We couldn’t identify these officials or use this information in the film; we try very hard to present a balanced story. “

Then there were the challenges of gathering footage in Pakistan. Lawrence was warned by kidnap and ransom expert John Chase not to film in Pakistan for their own safety. So they ended up arranging for a Pakistani crew to conduct the interviews and shoot re-enactments of the captivity sequences seen in the film.

“The crew and interviewees had to move about as discreetly as possible so as not to attract attention. A crew member flew to the U.K. with a hard drive containing the footage and shipped it to Canada,” Dylyn said. “I prayed a lot during production.”

Dylyn had been so moved by Giesbrecht and everything she went through. She and Lawrence were motivated to “humanize” her and “allowed her to speak for herself whenever possible.”

“Having lived intimately with Beverley’s story over the last several years, I know that she will remain a part of me, even after the film is released,” Dylyn said.

“You can’t live that closely with the life and image of a real person and not be affected deeply by them.”

Watch The Woman Who Joined the Taliban, streaming now. 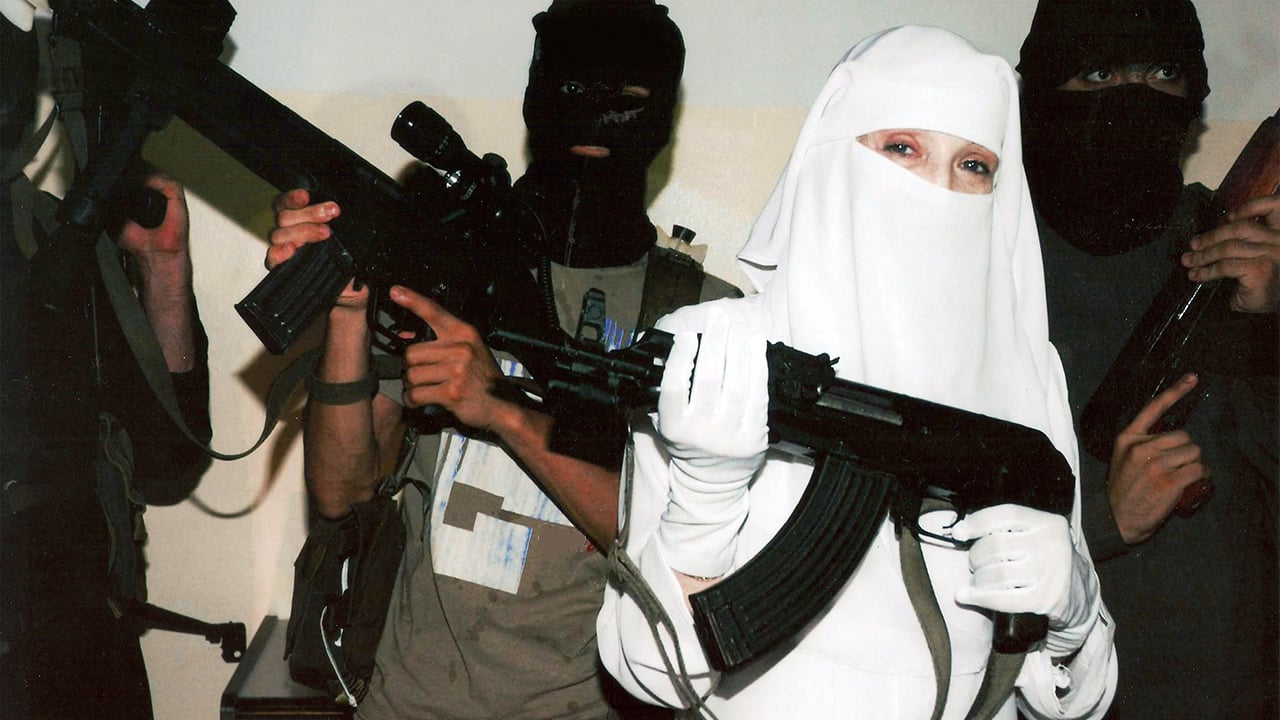 The Woman Who Joined the Taliban 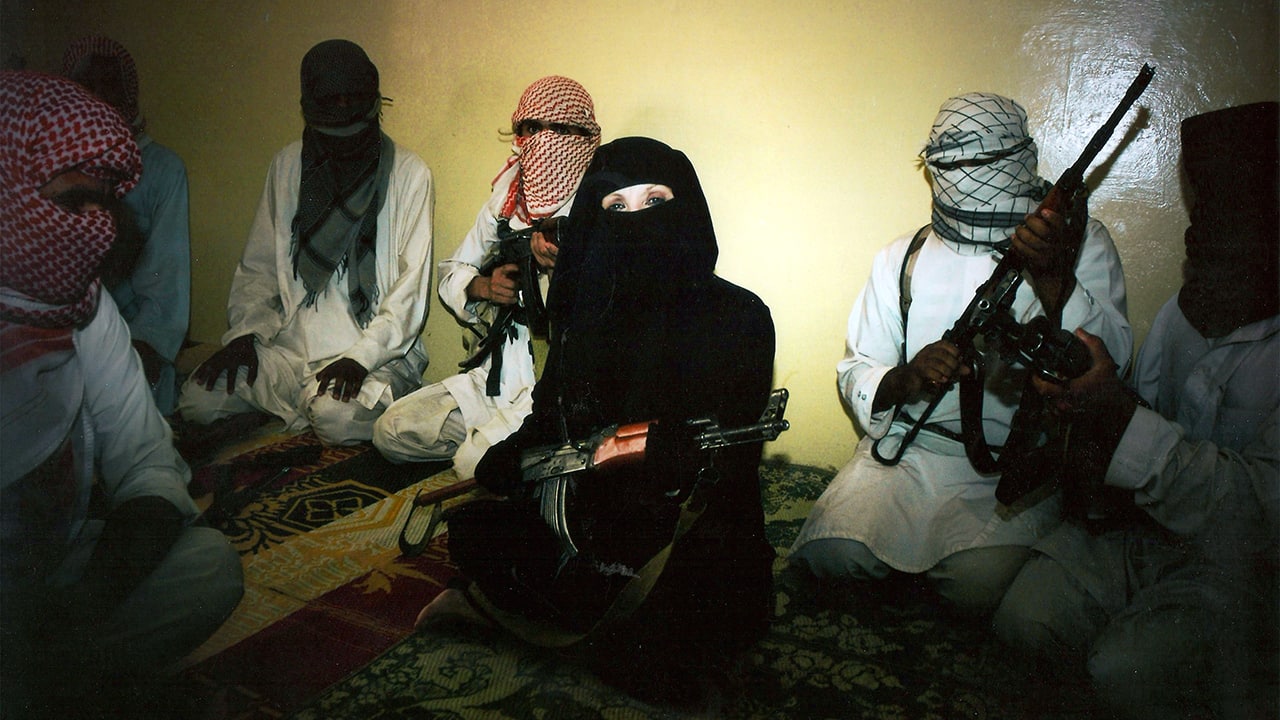 Timeline: The Woman Who Joined the Taliban, Beverley Giesbrecht 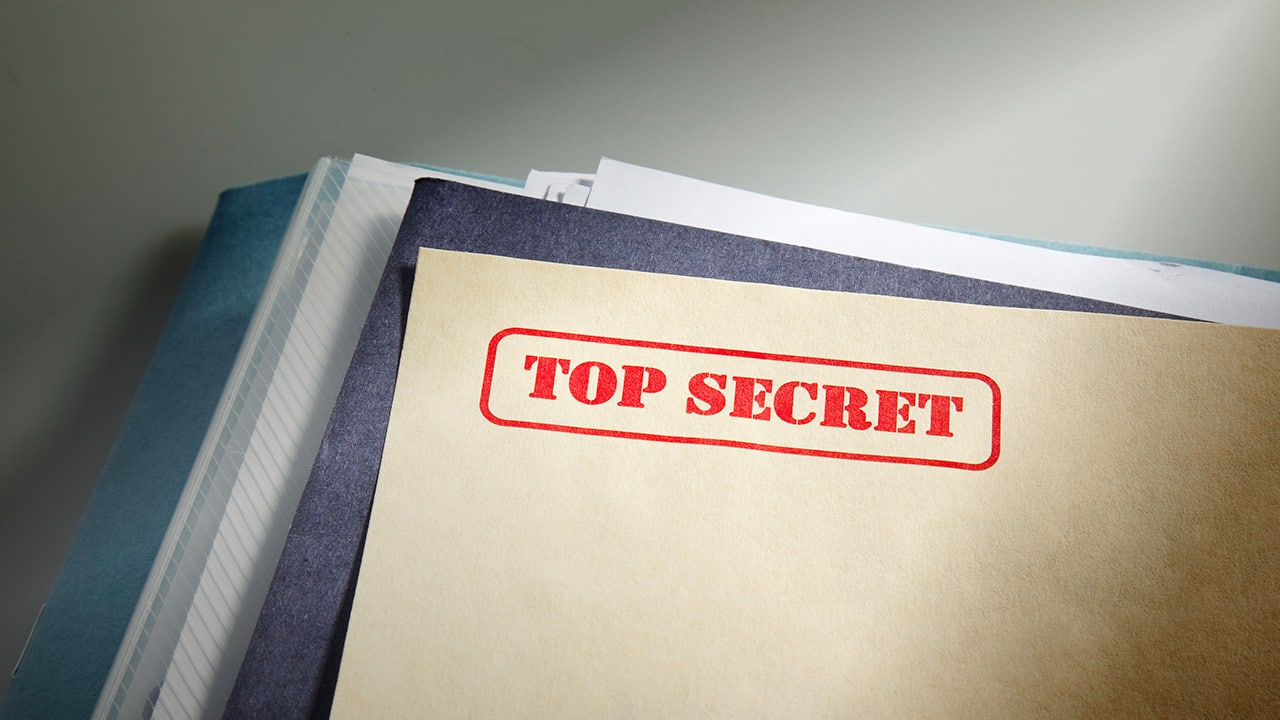 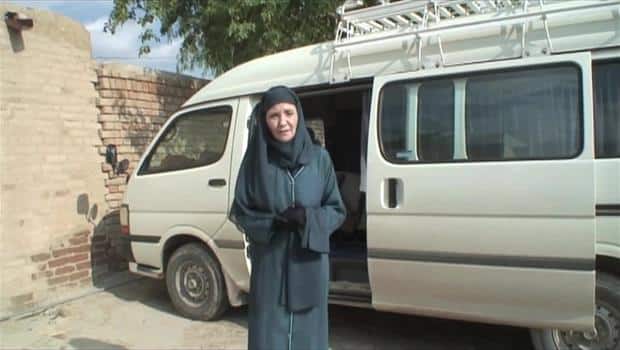 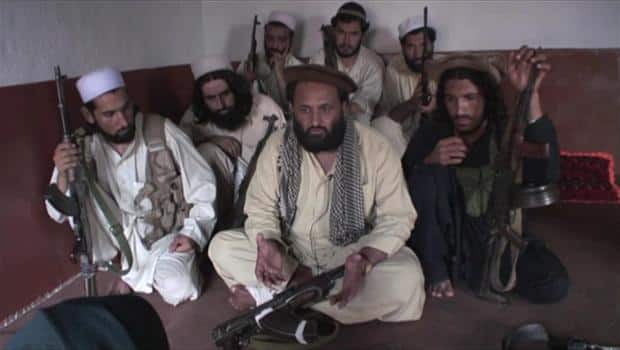 Extra Scene: Interview with the Taliban 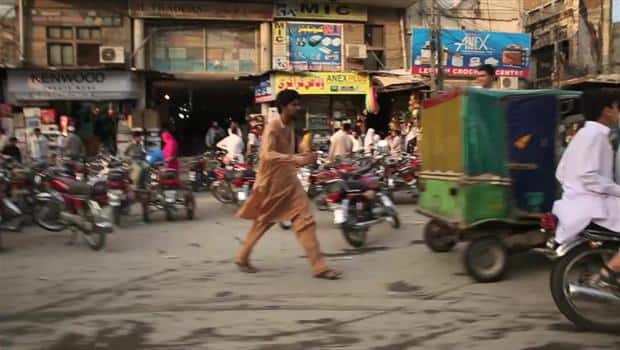 Extra Scene: A Drive Through Pakistan 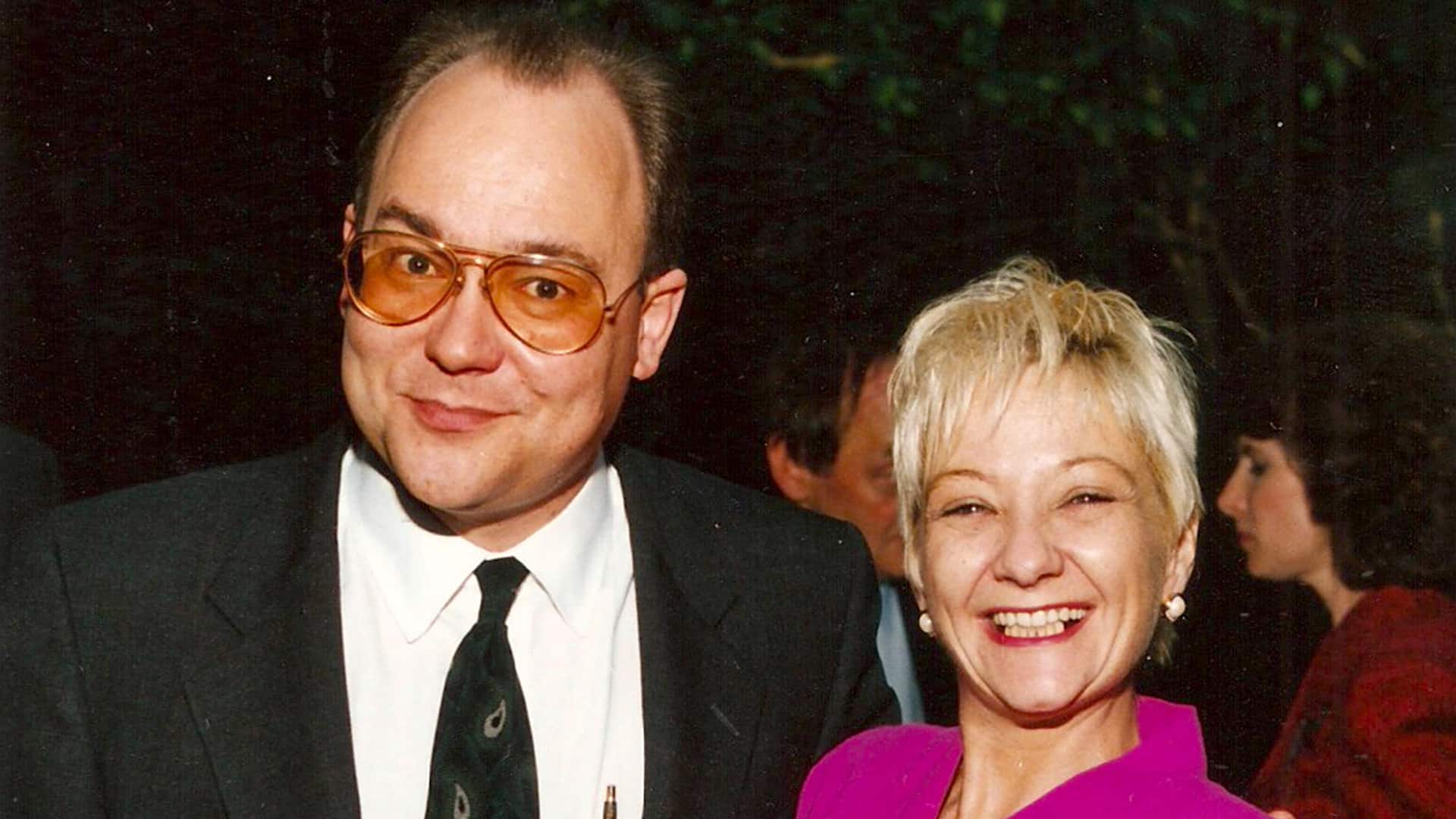 My Memories of Bev 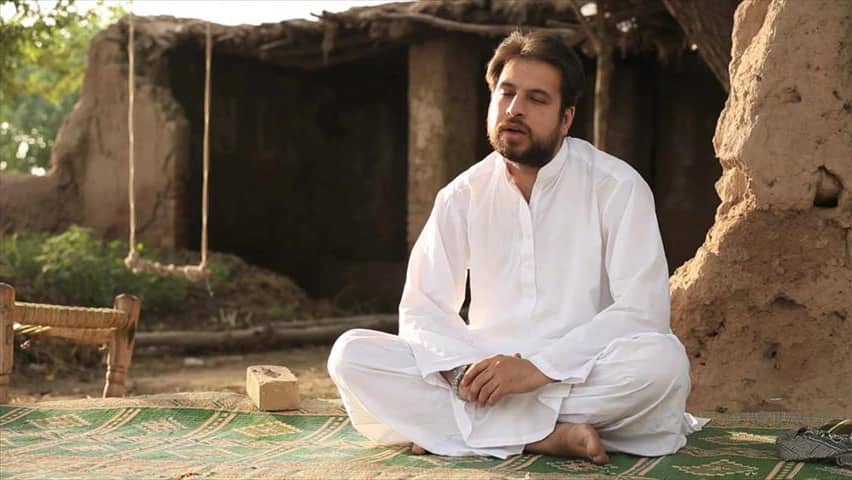