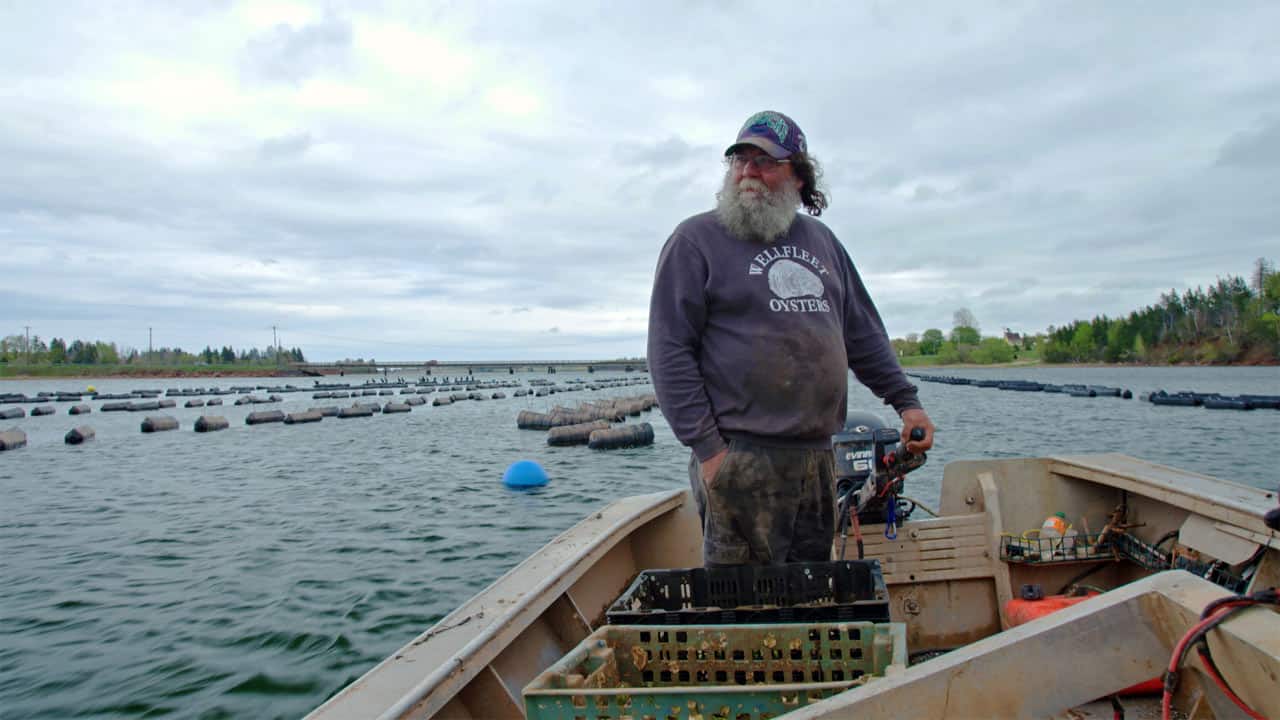 Over the course of more than three decades, George and Marlene Dowdle built a thriving family business together – a series of aquaculture leases that produce world-famous Prince Edward Island oysters. But when Marlene is diagnosed with an aggressive form of cancer, the needs of their operation take a back seat to her treatment.

While at her side in the hospital, George is stunned when a concerned friend calls to report a heist in progress on one of their oyster leases. Unwilling to leave Marlene, George alerts the Department of Fisheries and Oceans and enlists an associate to gather photographic evidence of the crime, leading to the first successful prosecution of oyster theft in the province.

The theft of George’s oysters while his wife was battling cancer was probably the most heartbreaking story the production company, Big Cedar Films, encountered while researching for Farm Crime.

There have been much bigger, expensive oyster thefts committed in P.E.I. over the past few years, but none had the emotional wallop that this one did, nor did they involve such a down-to-earth, teddy bear of a human like George — such a class act that he refused to name the person who stole his oysters on the record, to prevent further turbulence in what is still a relatively small community of aquaculturists.

The interesting thing about oyster thefts is they’re just like all of the other farm crimes — a product with a large value that’s cultivated in an open area and left mostly unattended. It doesn’t matter if it’s under water or on acres of farmland, there were always be the threat of theft.