“If the past has nothing to say to the present, history may go on sleeping undisturbed in the closet where the system keeps its old disguises.” — Eduardo Galeano, Uruguayan journalist and writer.

Known as the “Butcher of Addis,” Mengistu was the leader of the Derg, a military junta that ruled Ethiopia from 1974 to 1991 and carried out a brutal campaign of repression called the “Red Terror.” 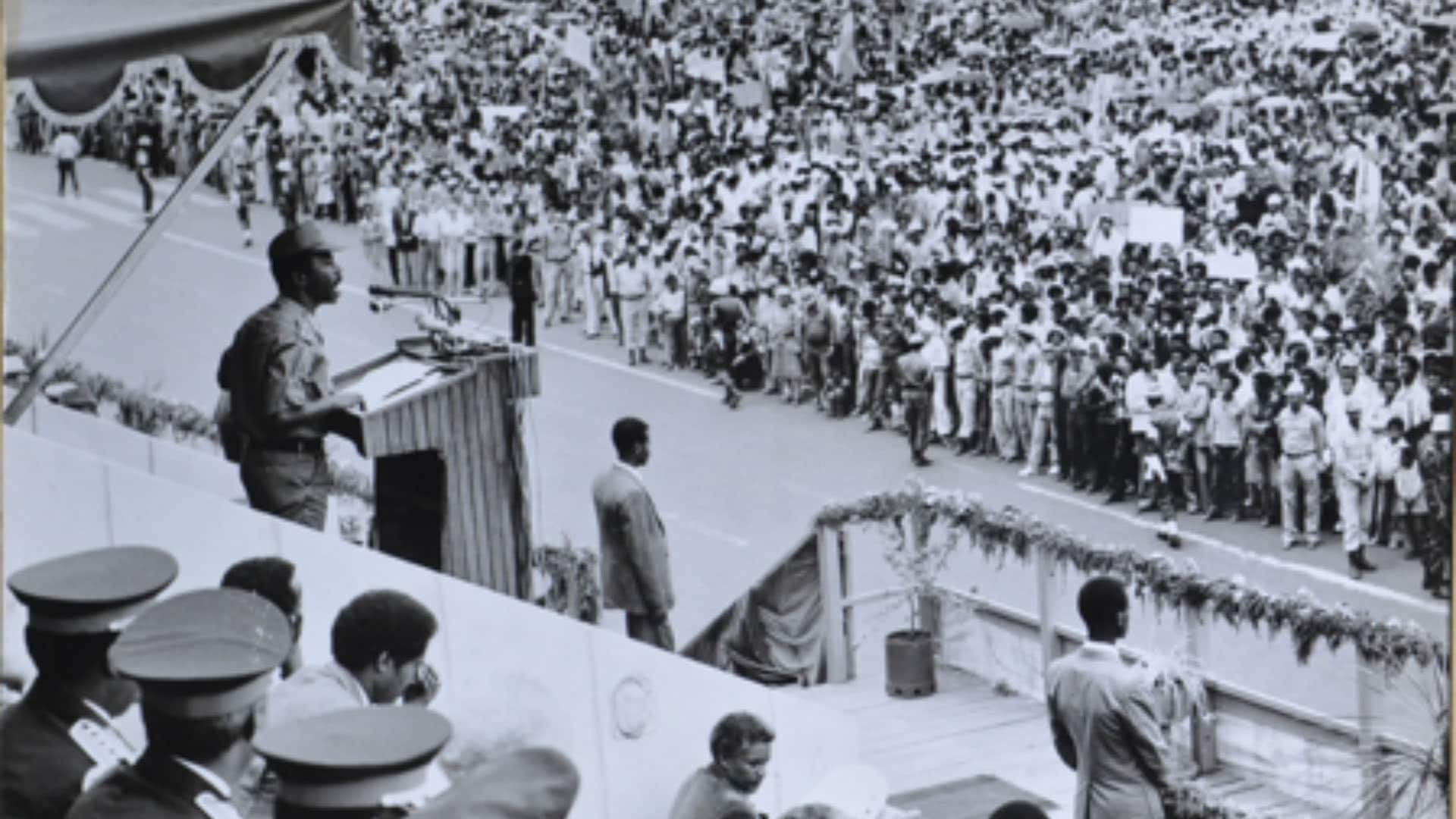 The museum in Addis is a tribute to the thousands of Ethiopians killed and tortured under the Derg. In it are carefully housed photographs, personal belongings, skulls, other bones and coffins. These intimate pieces of the victims’ past serve as a reminder of this devastating period of Ethiopia’s history.

Sally Dawit, a young Ethiopian woman who became a rebel fighting against the Derg government, is the subject of the documentary Finding Sally. After she went underground, her family never saw her again.

Many Ethiopians lost friends and family members during the Derg regime. Sally’s mother-in-law, Abrehet Asefa, was a single mother living in a poor neighbourhood of Addis Ababa at the time and ultimately lost all her children; two were executed, while her remaining son, Tselote Hizkias — Sally’s husband — died in mysterious circumstances. For Asefa, there remains a desire to lay the past to rest and seek justice for years of pain, loss and terror.

“They were killed cruelly and that makes it more sad. A person is supposed to be investigated in the face of the law,” she says. 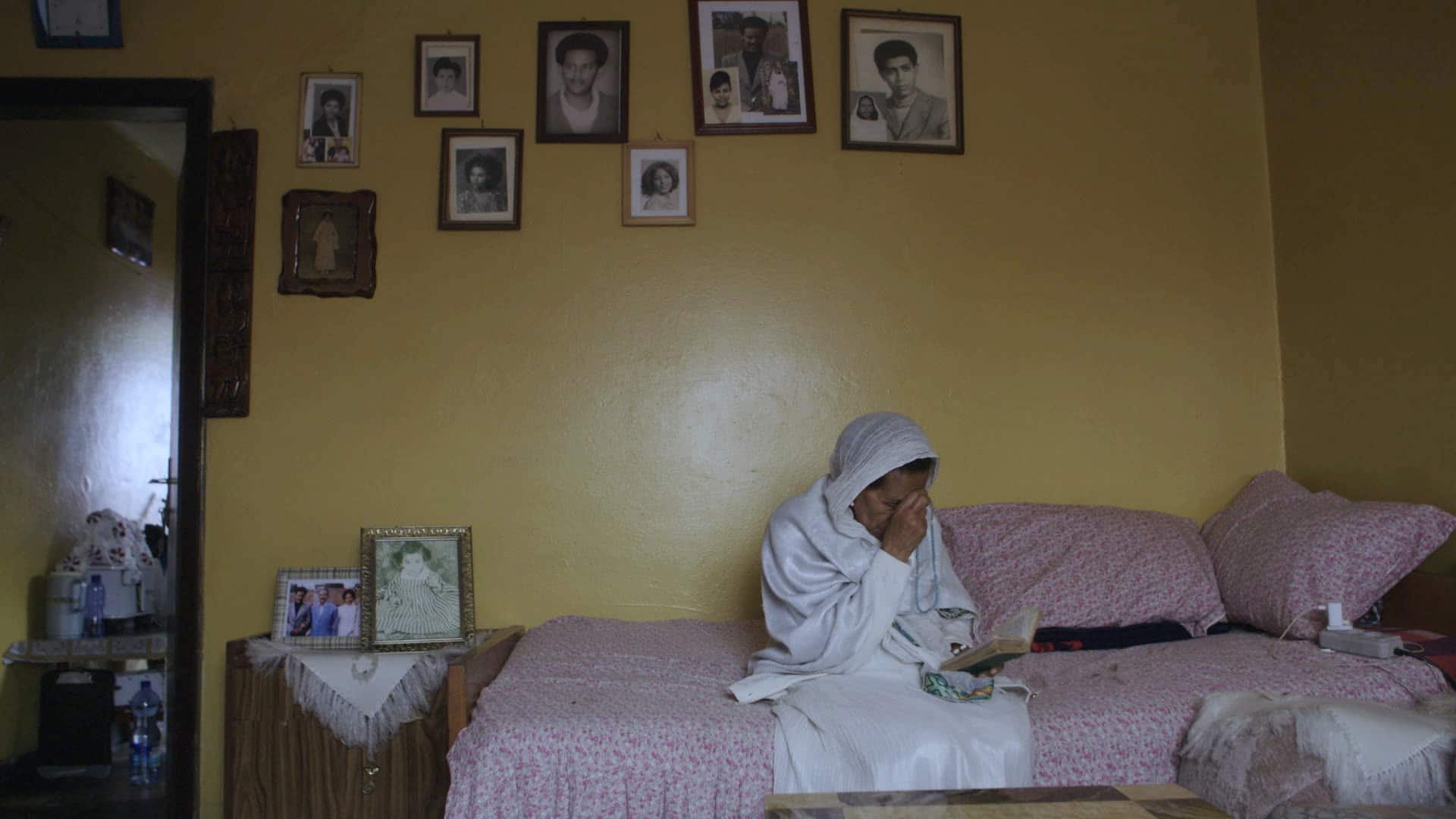 Abrehet, from the documentary, Finding Sally.

Following the downfall of the Derg in 1991, the Ethiopian People’s Revolutionary Democratic Front seized power and began an ambitious project to bring members of the Mengistu regime to justice. They established a Special Prosecutor’s Office, supported by Western countries, to investigate and prosecute former Derg officials.

Within Africa, it was the first large-scale human rights trial, with some observers in the human rights community likening it to an “African Nuremberg.” The amount of evidence of the Derg’s crimes was immense, since the group had kept extensive records of their activities.

The trials dragged on for years. Critics have said the process was used simply to “curry favour” with Western governments and that it did not investigate wrongdoings by individuals connected to the current government.

The Derg in exile

Derg officials who fled into exile managed to evade justice for a number of years. Some were subjected to criminal proceedings and extraditions in various parts of the world.

Kelbessa Negewo is a former official who allegedly oversaw massacres and the torture of the regime’s political opponents. He is also believed to have helped recruit special units of people that carried out executions and torture on civilians, most of whom were students.

In 1987, Negewo fled to the United States, where he was eventually granted asylum (on false pretenses) and citizenship. He may have continued his life undisturbed were it not for a chance encounter in 1990 with a woman that he had once tortured. U.S. authorities revoked his papers and accused him of lying to gain entry to the country.

In Ethiopia, Negewo was tried in absentia and sentenced to life imprisonment. In 2006, 16 years later, he was finally extradited from the U.S. to Ethiopia to serve his sentence.

A recent case has raised new hope for victims of the Derg. In 2017, Eshetu Alemu, a Derg senior representative and a former aide to Mengistu, was sentenced to life imprisonment in the Netherlands for war crimes. For Girmachew Alemu Aneme, a law professor in Addis Ababa, this case was very important for past and current Ethiopian politicians “to understand that they cannot commit crimes and run away and hide in Europe and the United States to escape justice.”

Within Ethiopia, perhaps the most outlandish story of Derg officials avoiding justice is that of four men who sought refuge in Addis Ababa’s Italian embassy. Two of them are, incredibly, still living there under the protection of the Italian government — 28 years later.

The ‘Butcher of Addis’ evades justice

The most important figure in this long tragedy is the mastermind himself: Mengistu. Although he was found guilty of genocide in absentia and sentenced to life imprisonment, he continues to live a comfortable life in Zimbabwe. After the downfall of his regime, Mengistu was taken in by former president of Zimbabwe Robert Mugabe on “humanitarian grounds” and housed in an affluent residential neighbourhood, guarded by high security.

In 2017, after a historic change in government in Zimbabwe, Ethiopians called for Mengistu’s extradition so that he could finally face justice in his own country. But these calls went unheeded.

A year later, Mengistu appeared looking cheerful and healthy in a photograph taken alongside Ethiopia’s former prime minister Hailemariam Desalegn. The photograph, posted by Desalegn on social media, sparked outrage, with one commenter saying the photo was “repugnant” and “callous,” and another calling it "an insult to millions of Ethiopians."

In 2018, Ethiopia’s new prime minister, Abiy Ahmed, invited exiled politicians, journalists and human rights activists to return home to Ethiopia as part of a series of reforms and efforts geared toward reconciliation in the country. Among those who returned was Kassa Kebede, formerly a top official in the Derg.

With these new developments and Mengistu himself having evaded justice for so long, survivors of the Red Terror, like Sally’s mother-in-law, may continue to struggle to heal the deep wounds of the past.