We’ll let you sit with that for a minute. There are a lot of modifiers there.

The company was started in New York in 1974, on the heels of the Stonewall Riots. The Trocks, as it’s known, was a result of the Gay Liberation movement. The Trocks’ dancers play both male and female roles. That meant wearing tutus and dancing en pointe, something that was an act of rebellion, against the dance community, and the world as a whole. In Rebels on Pointe, we go behind the scenes and find out what makes Les Ballets de Trockadero so special to the LGBTQ community, the dance community, its legions of fans around the world, and the dancers themselves.

“It’s not a gay company, per se, in that we don’t address gay issues in a political sense,” says Tory Dobrin, The Trocks’ artistic director, who was himself a member of the company from 1980 through 1998. “But there is a lot of gay sensibility, because of the use of drag, and we’re all gay.”

In the 1970s, men dancing en pointe was almost unheard of. The Trocks gave dancers a chance to explore their artform without being hemmed in by gender roles. It was a venue for free expression at a time when gay people faced huge stigma.

The company’s first shows were in a loft space in New York’s Meat Packing District. In 1977, they appeared on television for the first time. More than 40 years after their founding, they’ve performed all over the world and developed a tremendous cult following.

In some ways, the history of The Trocks mirrors the history of the LGBTQ community. What started as a subversive, underground performance has turned into a beloved institution. What was considered an adult show now plays to matinées filled with children and is seen as an accessible entry point to the world of ballet. They were a novelty act, now they’re respected as dancers, and in some quarters, considered stars. Today, the company includes multiple married couples, Dobrin says gay men of his generation “didn’t think that was possible.”

As much as a Trocks performance is full of camp humour, The Trocks themselves are all serious performers. The current company includes former members of the English National Ballet, the National Ballet of Cuba, the Dance Theater of Harlem, and the Pittsburgh Ballet Theatre.

“The ballets are hard,” explains New York Times dance critic Gia Kourlas. “They’re not faking that. That’s not the joke. The jokes are in the details; what they’re doing with their face or their eyes.”

In some ways, even in a much more liberated world, The Trocks still serves the same purpose it always did. LGBTQ people may be able to live more openly than ever before, but on stage, gender roles in ballet are as rigid as they’ve ever been. 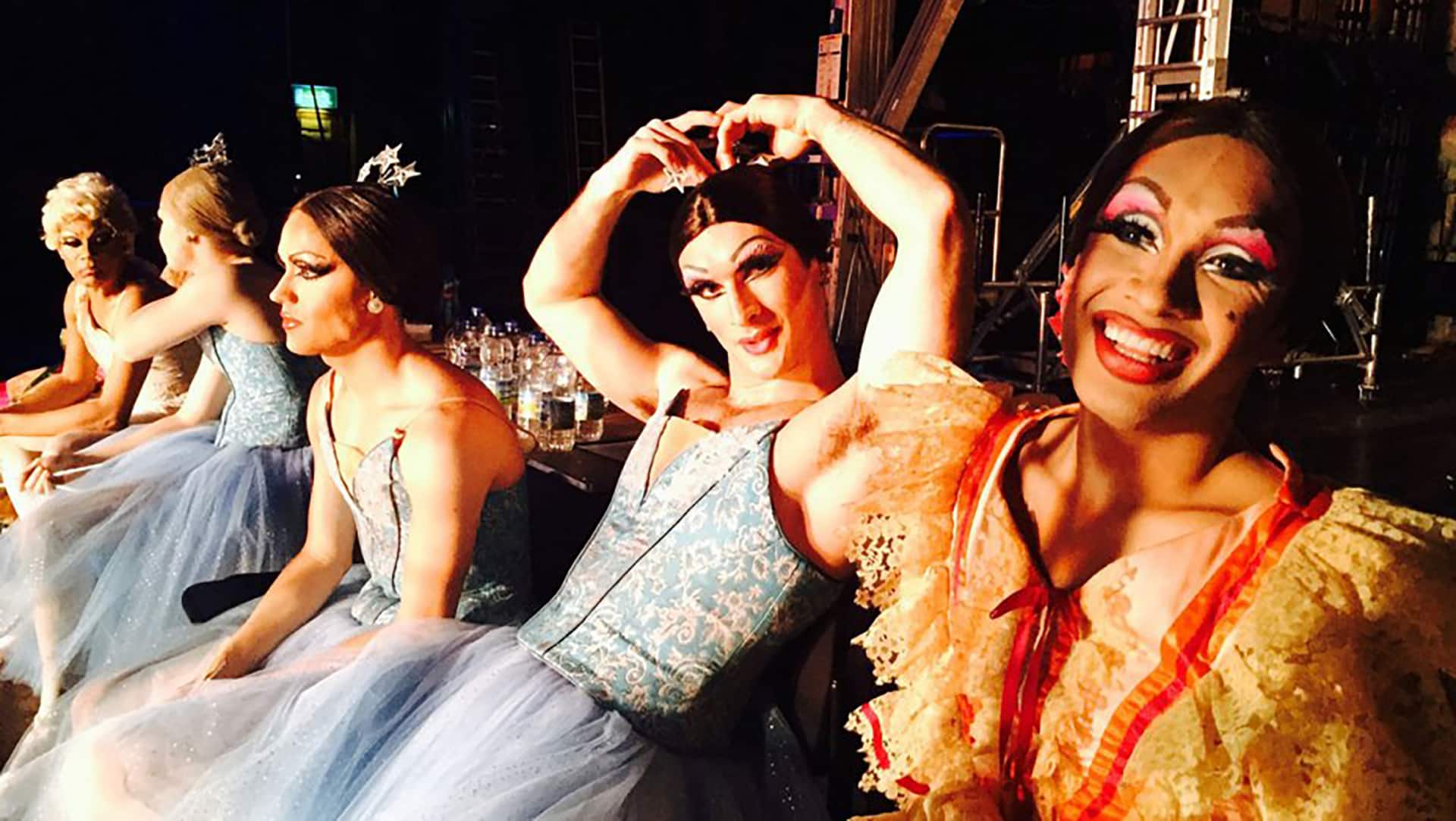 “Being a male ballet dancer in a very traditional company, I play the prince who is in love with the princess, every role,” explains James Whiteside, a principal dancer at the American Ballet Theater and massive Trocks fan. “Every single role, I am playing counter to my nature.”

For The Trocks, many of whom would be considered too small for traditional male ballet roles, that’s not a problem. They can be the prince or the princess. They get to make art, push boundaries, and change how people see the world. They can be celebrated by the dance world while thumbing their noses at it a little too.

And most importantly, they get to live their childhood dreams of the big stage, on their terms, and inspire the next generation of dancers to go hard, and be themselves unapologetically.