The Clydesdale horse in Canada: Breeders celebrate an illustrious horse

Bred in Scotland, the Clydesdale played an important role in Canada’s history

Janice Kirkpatrick is a designer and cultural activist with a passion for Clydesdale horses. Scotland, her home country, was the original birthplace of the Clydesdales, but the breed there is now classified as vulnerable by UK’s Rare Breed Survival Trust.

Janice is on a quest to do something about that. Her search for a black Clydesdale, chronicled in the documentary channel’s Clydesdale: Saving the Greatest Horse, brought Janice to Canada. 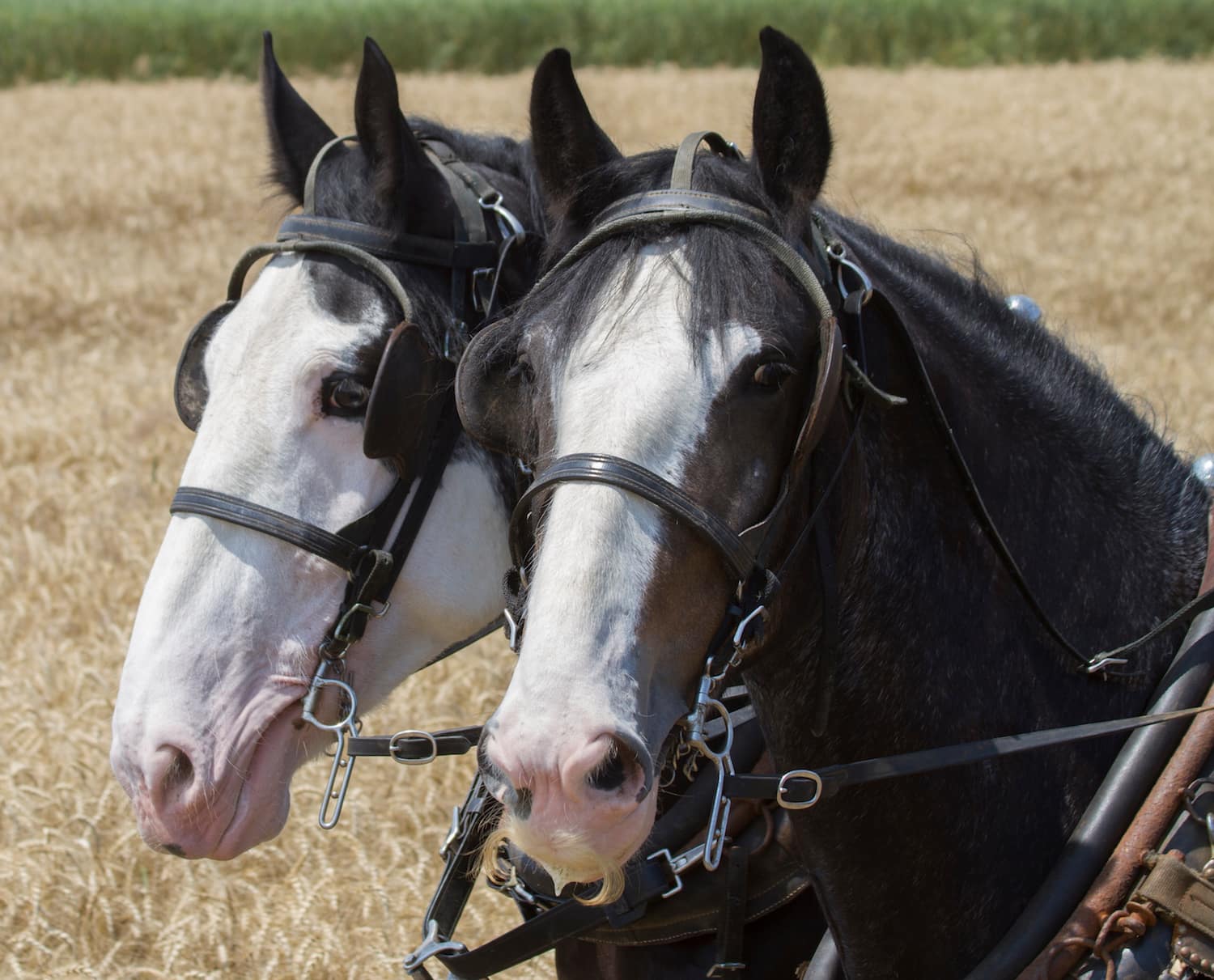 Bringing a black Clydesdale back to Scotland will help diversify the country’s Clydesdale gene pool. Over the course of her search for a black Clydesdale mare, Janice met a number of Canadian Clydesdale owners who helped her gain a better understanding of the breed’s long history in Canada. 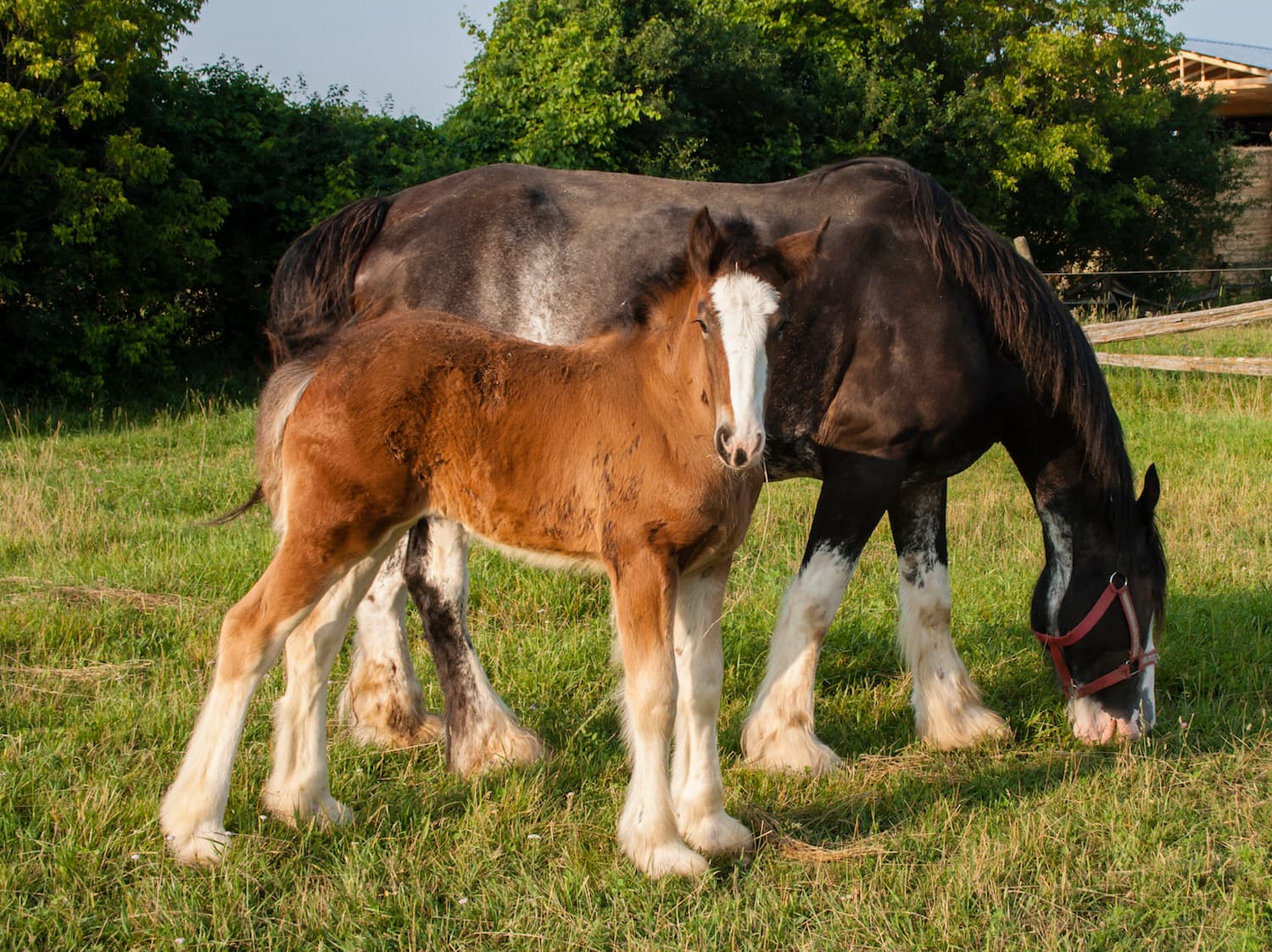 One stop on Janice’s Canadian tour was a visit to Stephen and Sherry Lewis’ Clydesdale farm in Cannington, Ontario. The Lewis family’s love for Clydesdales goes back five generations. Having bred and farmed with Clydes for over a century, they have a wealth of knowledge about the breed. 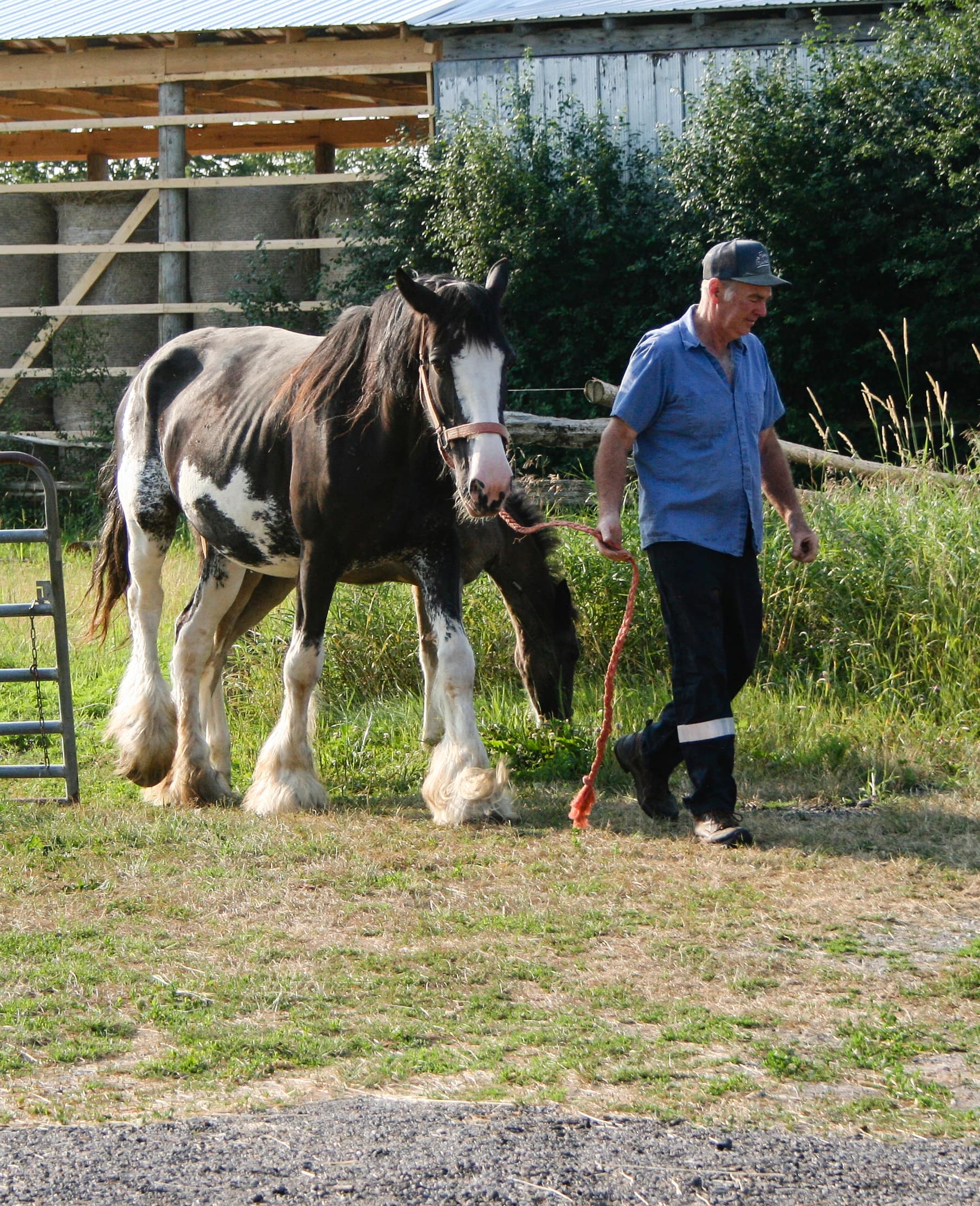 During the 19th century, when Clydesdale horses played an important role in both the agricultural and industrial revolutions, many horses were imported to Ontario from Scotland. So many, in fact, that Scotland’s best Clydesdale stock was depleted. This played a part in the breed’s drastic decline in the United Kingdom. 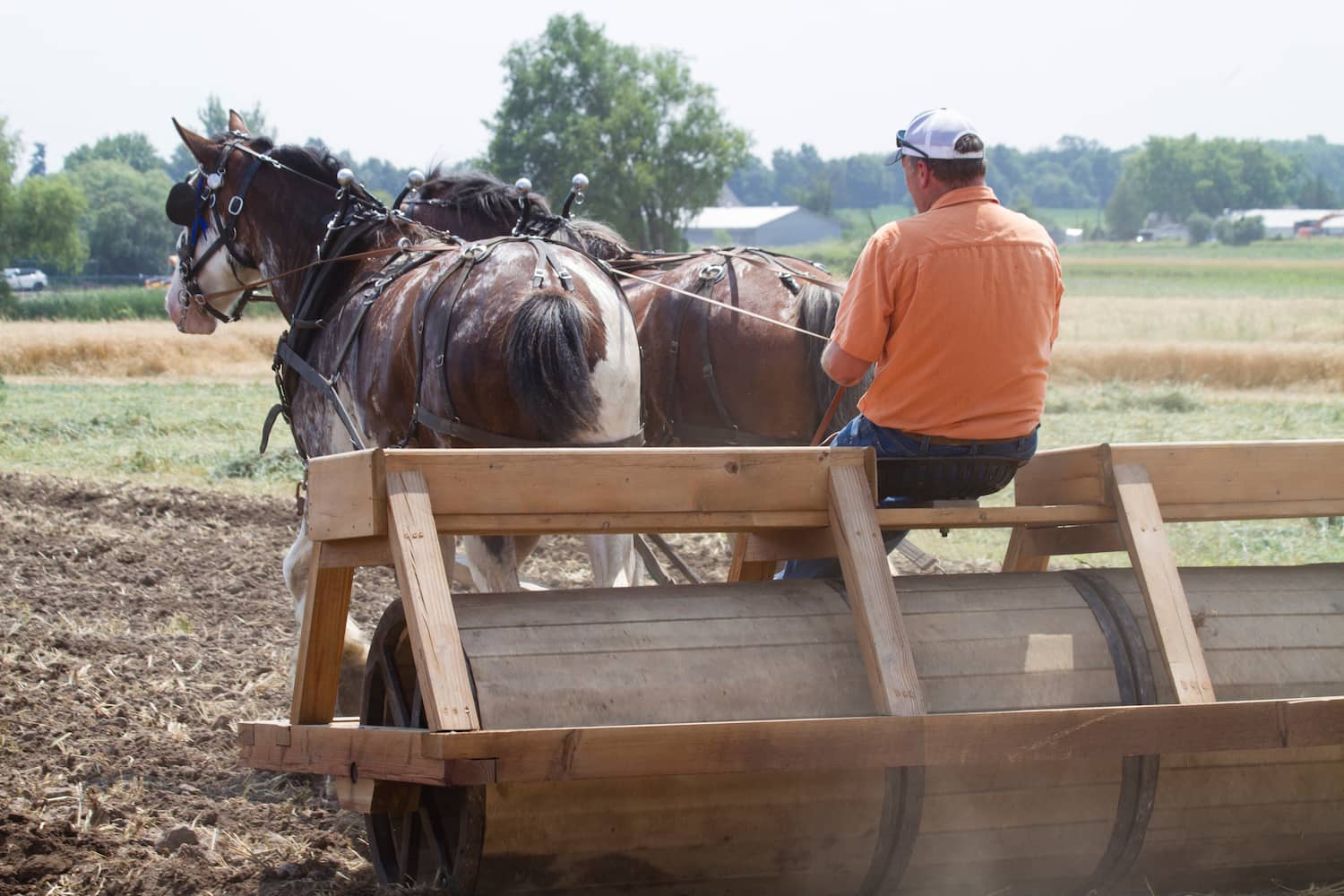 Although Ontario isn’t the hub for Clydesdales that it once was, horse breeders like the Lewis’ are doing their part to support a healthy herd. 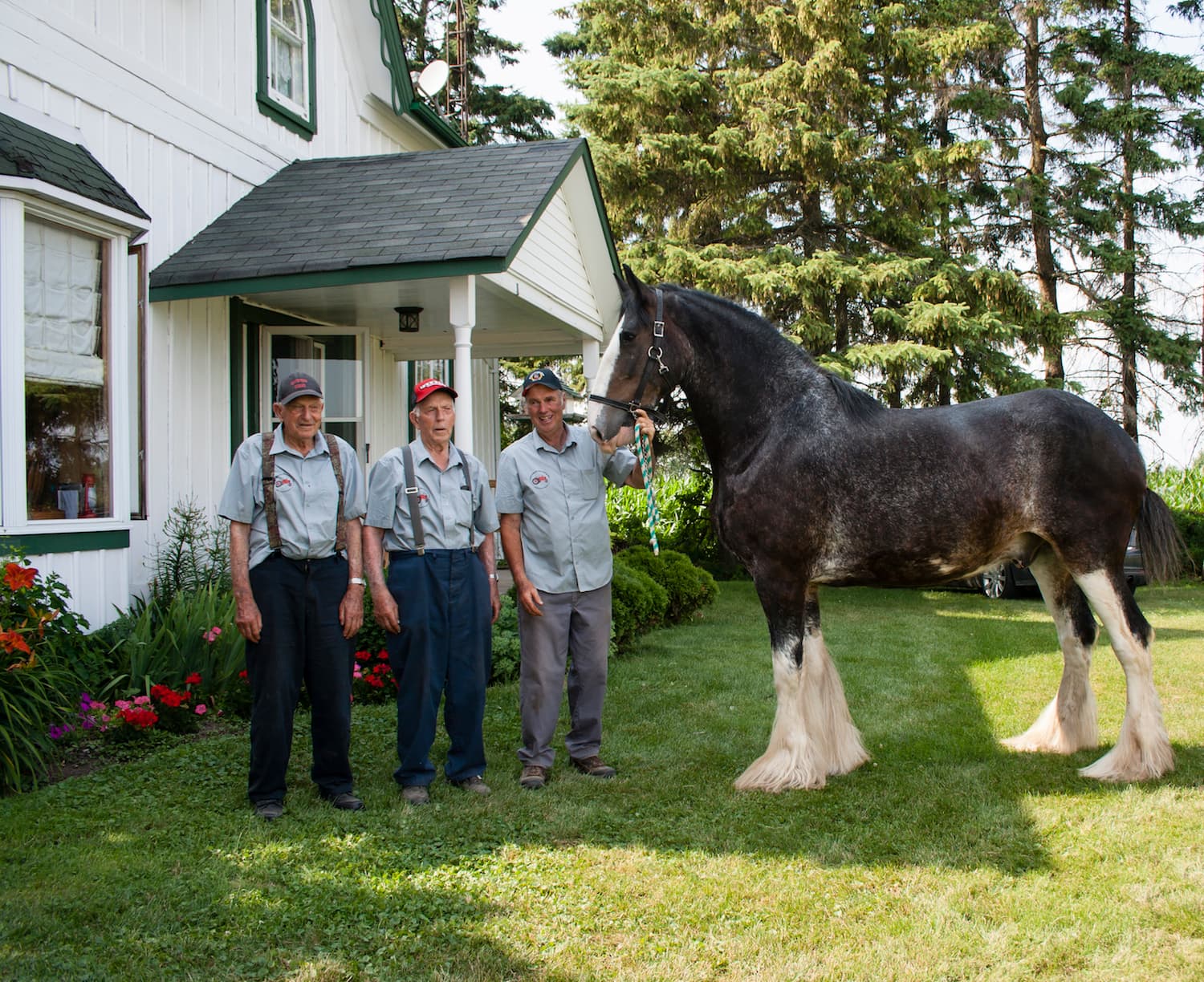 A Clydesdale history buff, Lewis says most of today’s Ontario Clydes can be traced back to a handful of Scottish studs brought in during that first surge in the 19th century. Those quality genes still exist across Canada today, and they’ve been nurtured well. 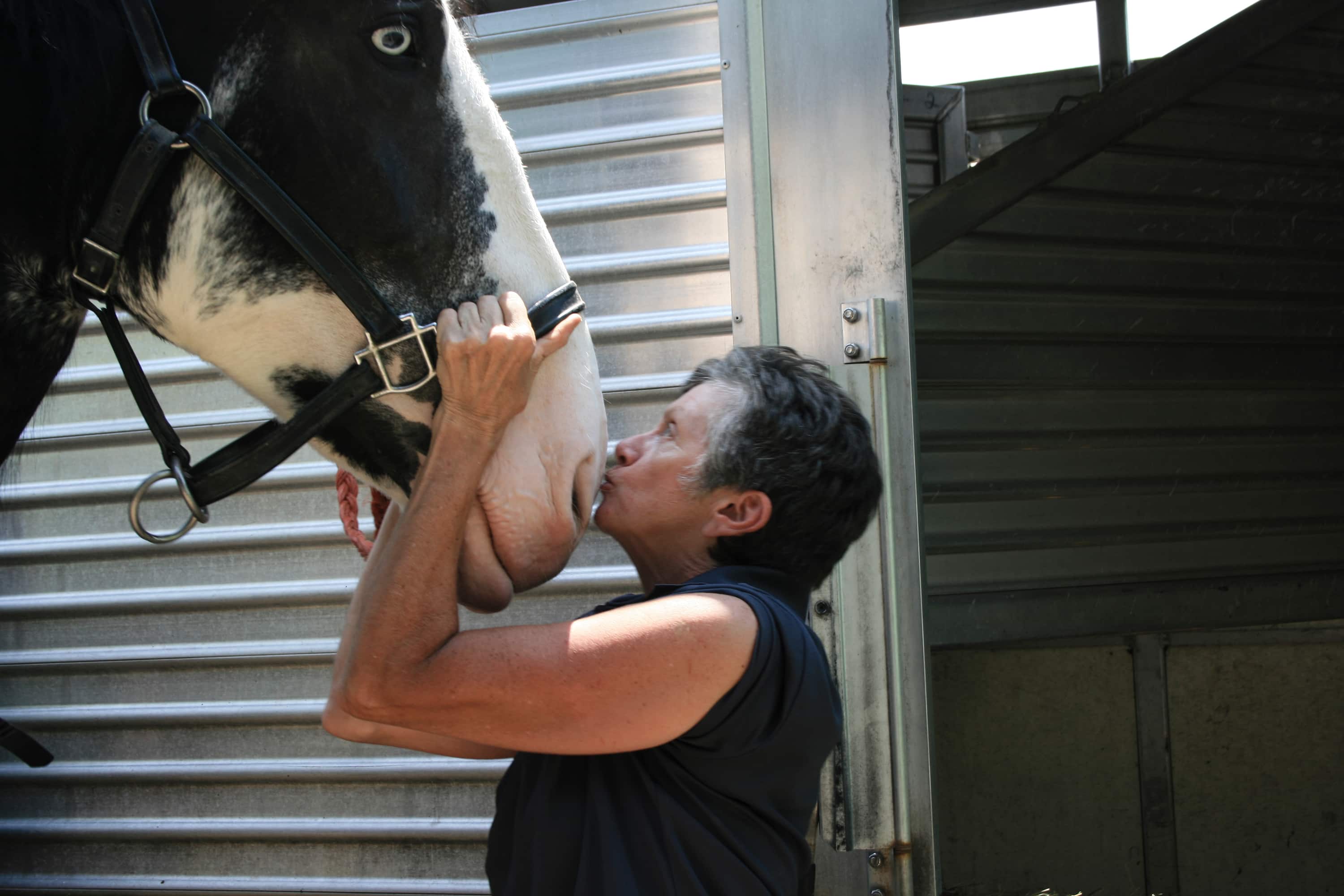 Janice Kirkpatrick is thrilled when she learns that Stephen and Sherry Lewis breed black Clydes, which are rare, particularly in Scotland. This genetic diversity can play an important role in regenerating the Scottish herd. 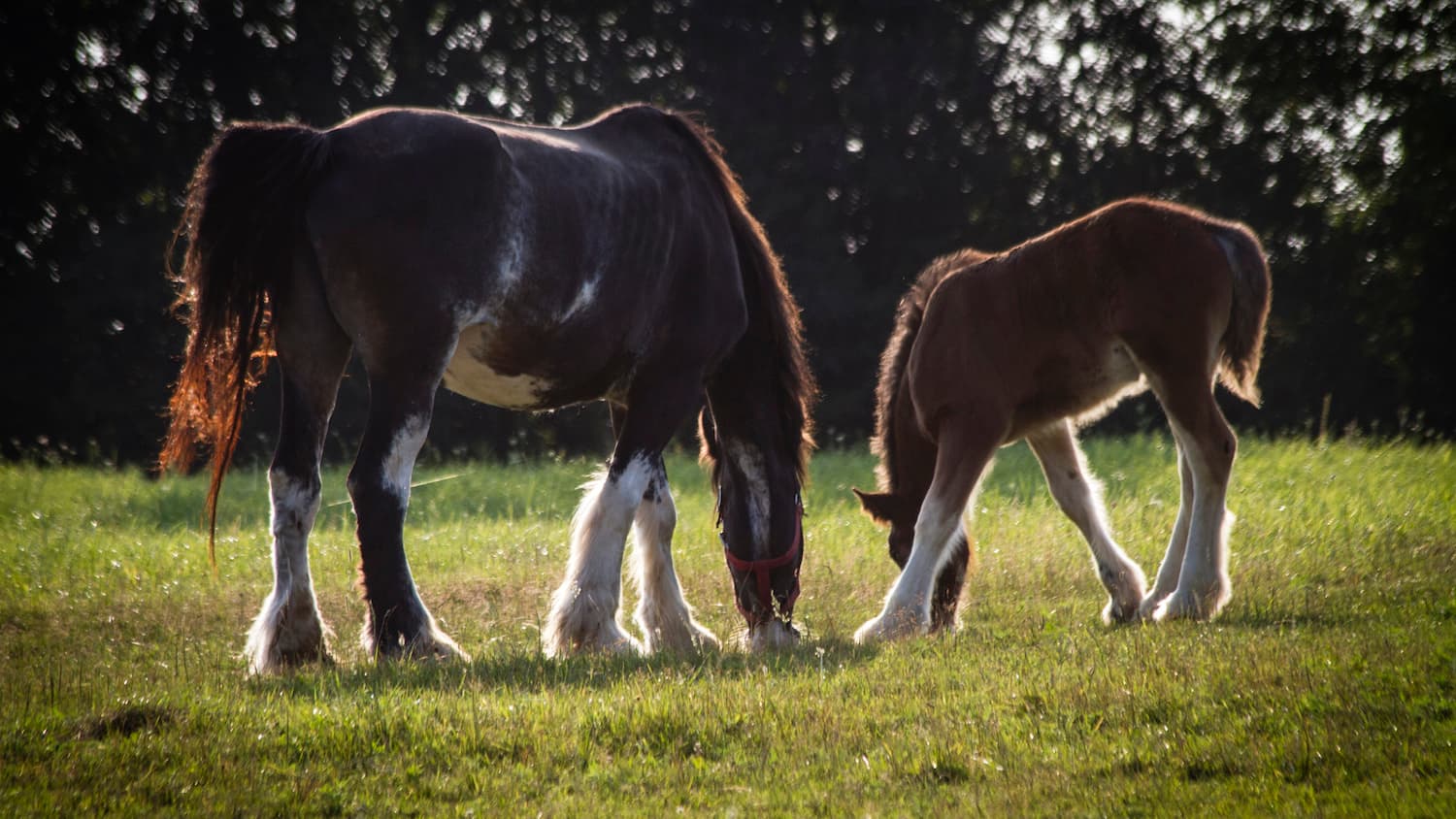 Each July, the Lewis’ choose a couple of the best horses from their herd of 30 Clydesdales to make the trip to a special draft horse event hosted at the original Lewis homestead in Markham. 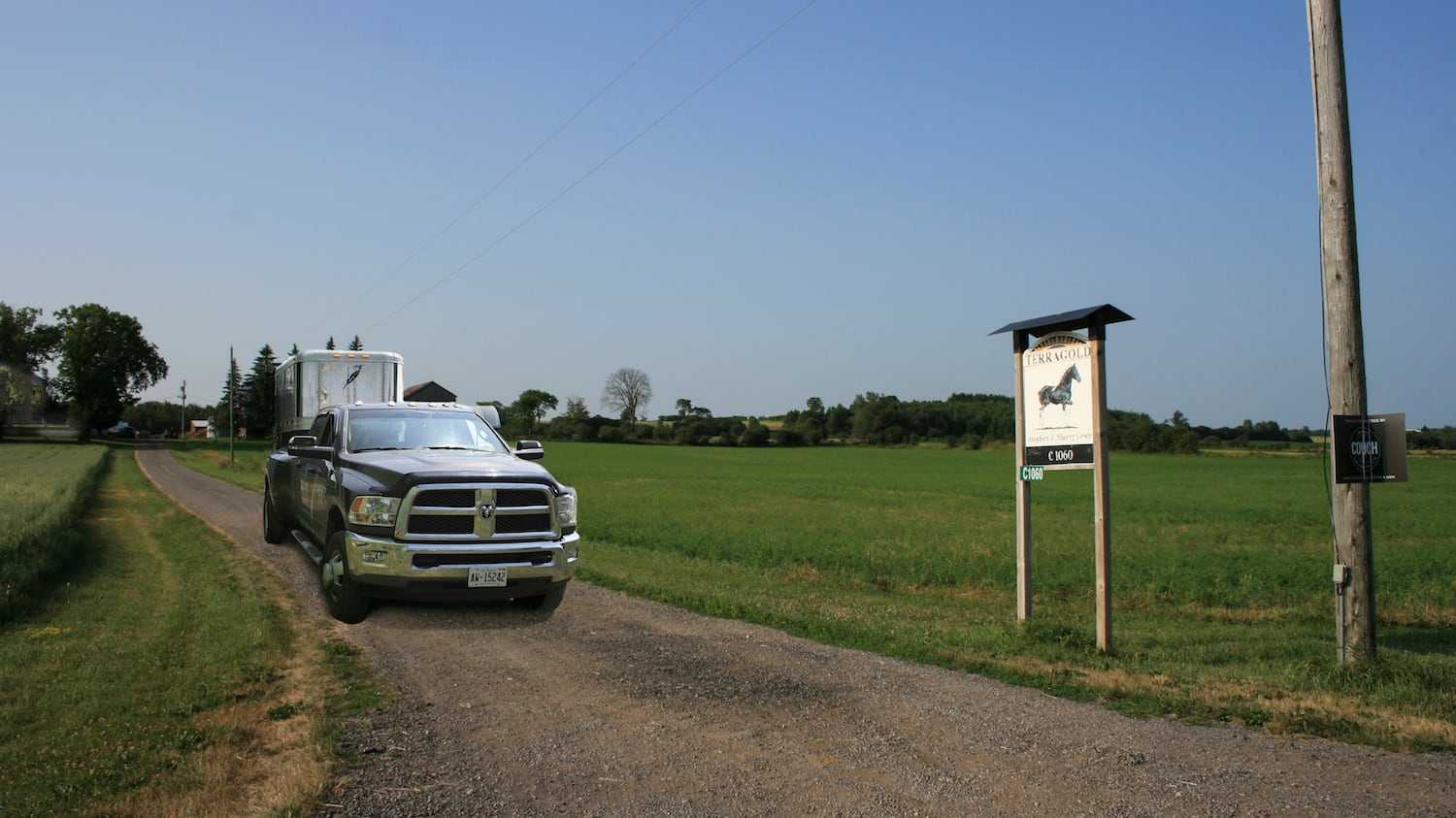 Stephen’s uncles, who are now in their late eighties, still live and work on the farm. The Lewis clan showcases their love of Clydesdales each year with an old-school farming demonstration. 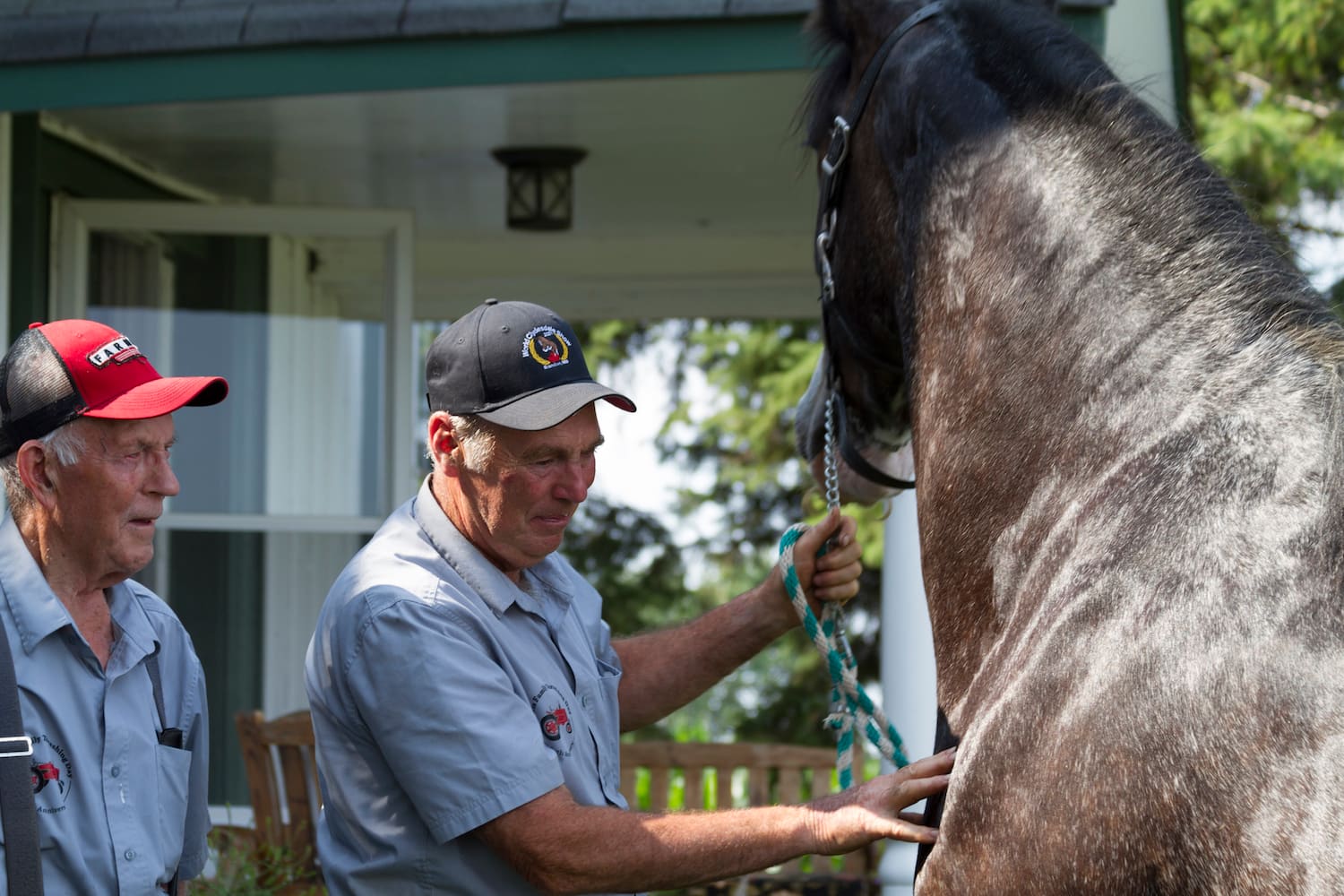 Hundreds of spectators from across the province make the trip to the farm year after year to witness the legendary strength of Clydesdales as they pull antique farm equipment. 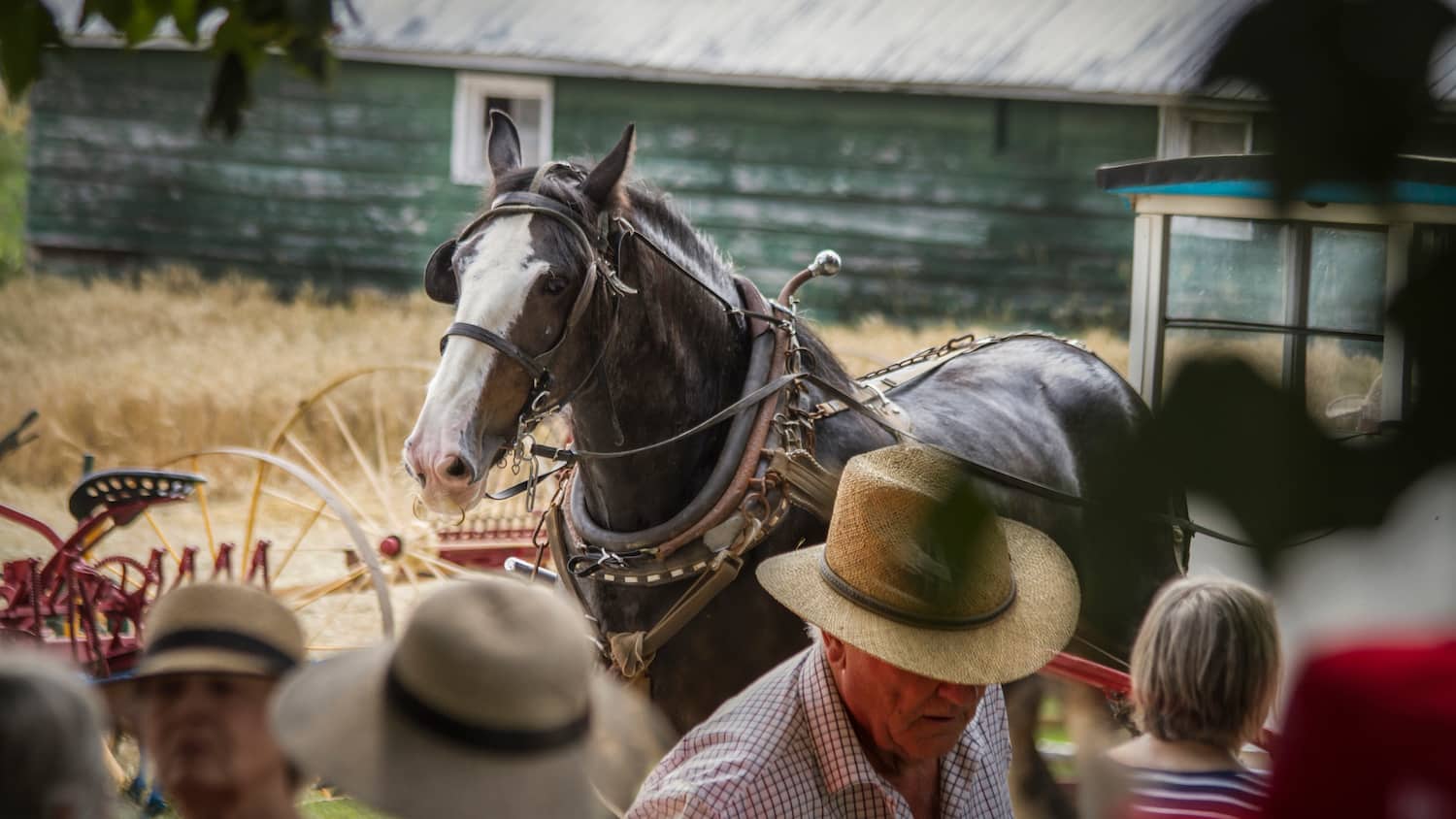 Clydesdale and draft horses owned by local families and a beautiful collection of restored horse-drawn farm equipment take centre stage as the horses and the farmers  work together to plough, cut and bind crops for the spectators. 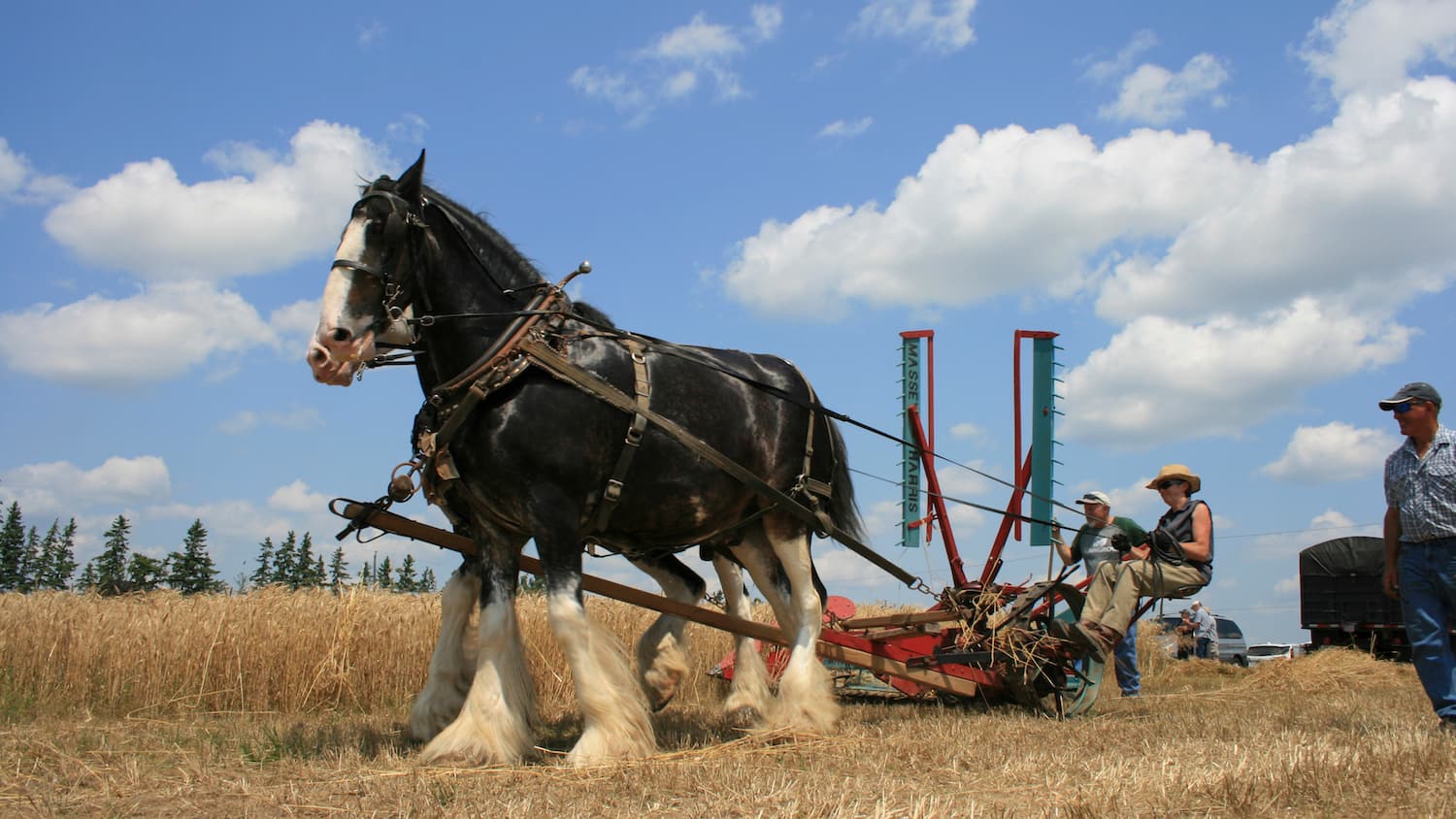 Cultivating, cutting and thrashing demonstrations allow onlookers to travel back to a simpler time when horsepower had nothing to do with gasoline and engines. 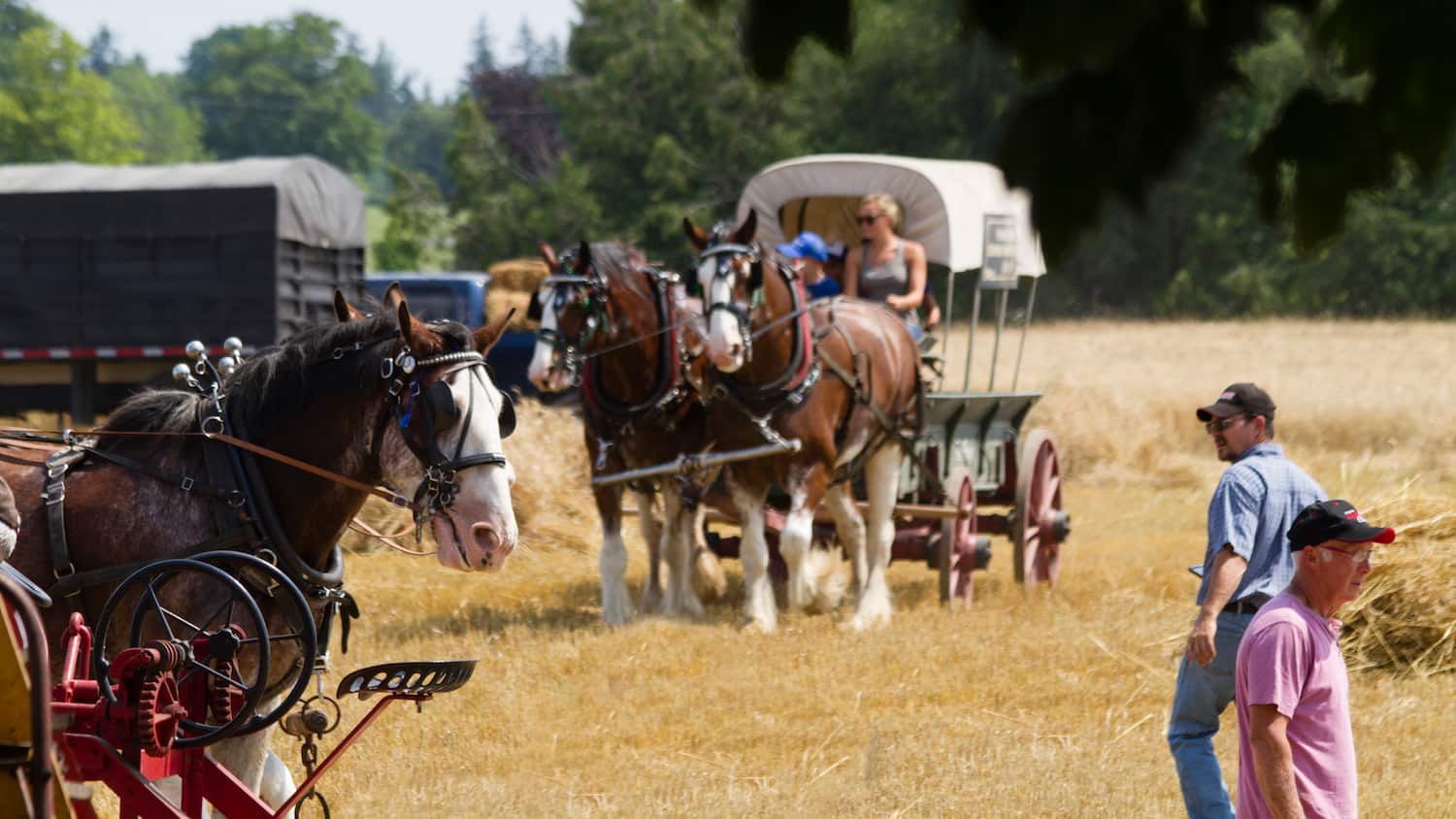 The day’s festivities are a perfect way to celebrate the breed’s rich 180-year history in Canada and the key role these gentle giants played in building the country. 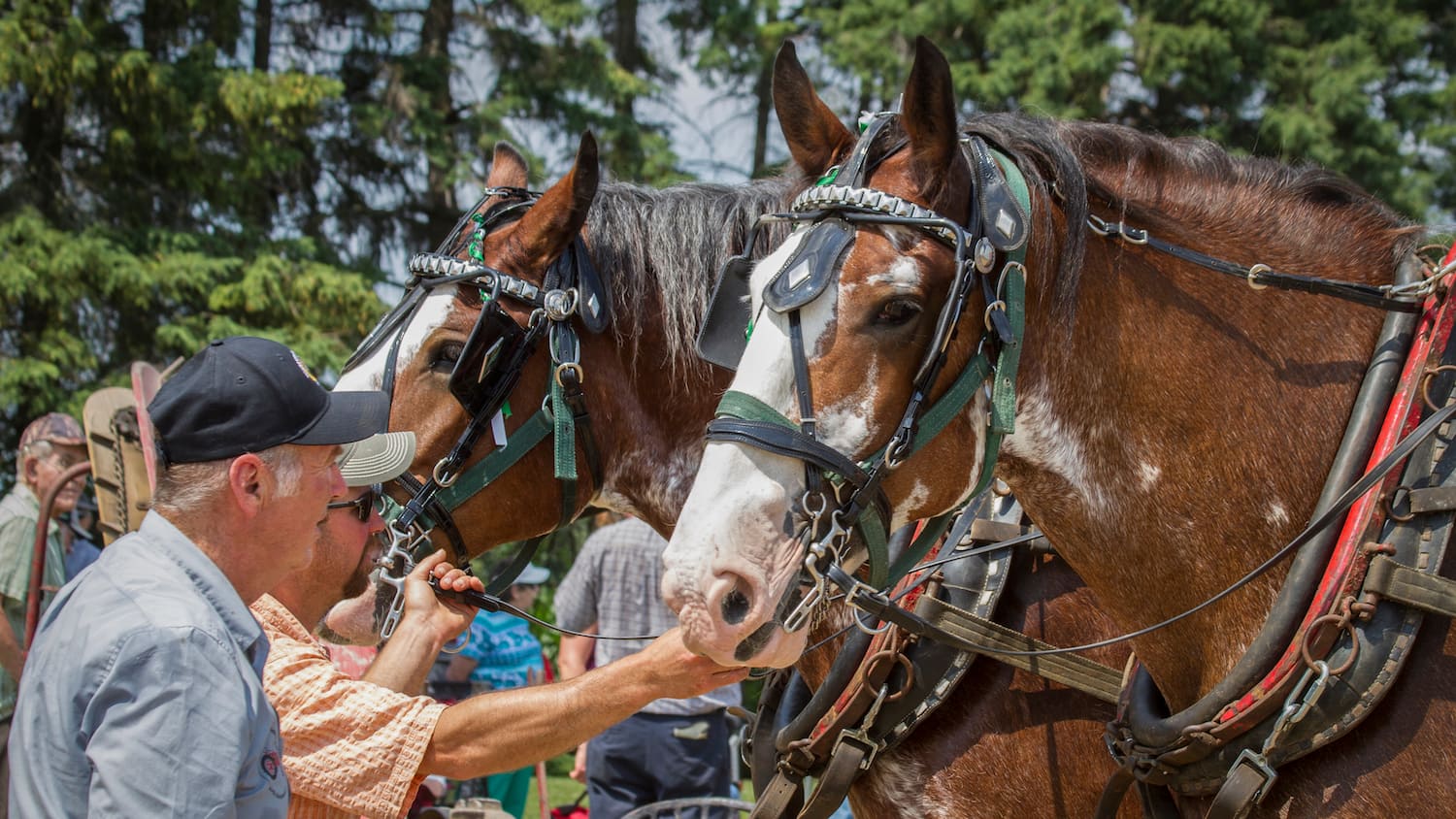 As the farming demonstration winds down, a long table loaded with dozens of pies is set out for the delighted crowd. Between mouthfuls of blueberry pie and ice cream, Stephen Lewis looks around happily, “We just need to educate people, but I think the future’s alright.” 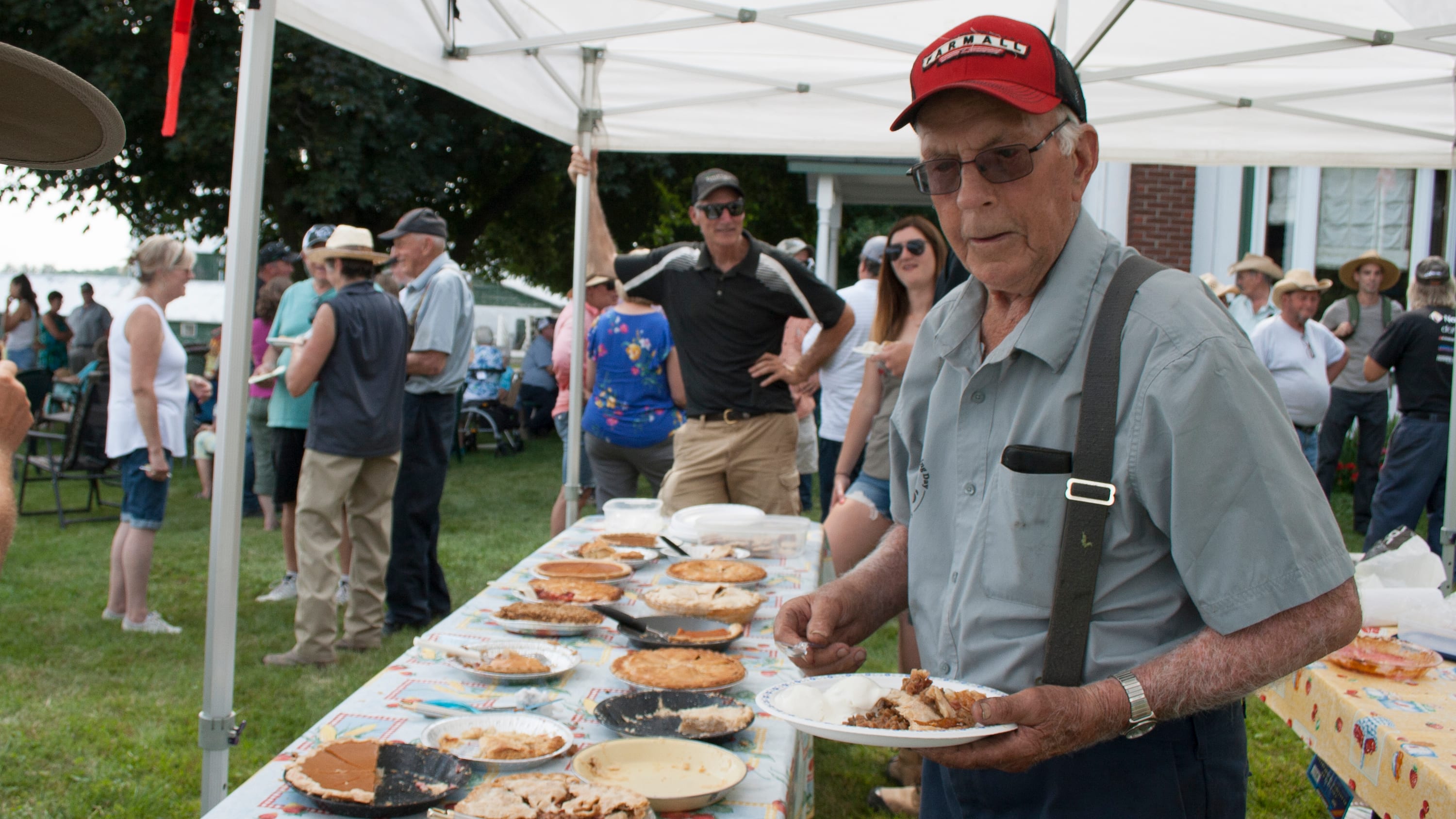 Events like this help unite the Clydesdale community and show people who are unfamiliar with the breed why Clydesdales are so special. Today, maybe a few more people have caught the Clydesdale bug, just like Janice did. And the free pie can’t hurt either.

Watch Clydesdale: Saving the Greatest Horse on the documentary Channel.