Sled Dogs Filmmaker Rescues Dog From Life on a Chain

I'll take him, said producer Arnie Zipursky when he found out sled dog Slater would be shot at the end of his working life.

One weekend, my wife Fern and I along with friends Charles, Lia went dog-sledding in Ontario's Algonquin Park. We had so much fun that we said that we'd do this every year. How exhilarating it was to be on the back of that sled! The beauty of the forest in the winter, snow everywhere, the speed of the ride, ducking the low hanging branches and trying not to fall off the sled going around curves at full speed.

But then our guide asked us if we wanted to help return the dogs to their kennels which were hidden away in a field. What a horrific sight. Lia couldn’t even get out of the car it was so upsetting. Hundreds of dogs were running in a circle around a post or standing there, chained 24/7 when they were not attached to a sled. I was an image I'll never forget. 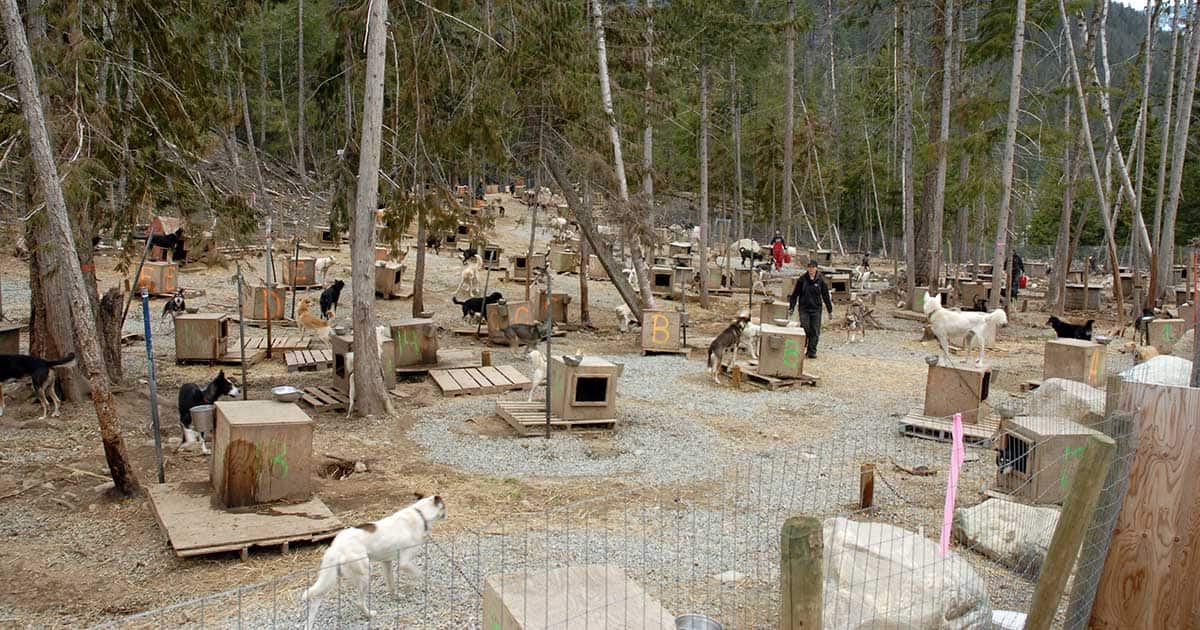 PHOTO: A sled dog kennel in Ontario, featured in the film Sled Dogs.

I was asked to take Slater back to his kennel. As I was walking him back to the life he had led for the past eight-and-a-half years I was drawn to ask our guide, "what happens to these dogs when they get older?" I was told "We can run them till they are eight or nine and then if we can’t find a home for them, we kill them.” "How old is this guy?" I asked. He’s about eight or  nine, we probably have one more season out of him."

That was so unlike me to be that spontaneous. Fern, on the other hand, would have tried to rescue all 300 dogs on the field that day!

Life with Slater was not what we expected. We did not anticipate how scarred he was from his life as a sled dog. He would not be affectionate with us or social with other dogs. One summer, however, Slater and I did a road trip to the US and one afternoon went for a walk through downtown Flint, Michigan. Slater walked right up to a homeless man lying on the street and laid his head on this man’s shoulder for comfort. As if he knew how tough life can be and wanted to offer his love and support to a fellow sufferer, albeit another species.

When the tragic story of dogs being killed due to a slow down in commercial dog sledding after the Winter Olympics in Whistler BC hit international headlines, Fern started to research the commercial dog sled industry to find out the truth. Was our experience with Slater and what happened in Whistler an isolated incident?

We thank Slater for the chance to educate the public on the brutal realities of life for  Sled Dogs.