When the Dawit family arrived in Ottawa in 1968, the children gained a heightened political awareness which led them on diverging paths in their political activism.

The documentary Channel film Finding Sally tells the story of 23-year-old Sally (Selamawit) who came from an upper-class family and became a communist rebel during Ethiopia’s Red Terror – a period of violence, upheaval and mass killings that nearly wiped out a generation of educated young people in the country.

Her family immigrated to Ottawa in 1968 and lived there for several years. Some family members stayed, while others moved on to the United States or like Sally, moved back to Ethiopia. Tamara Mariam Dawit, the director of Finding Sally, spoke with one of her aunts, Sally’s younger sister Menbie, about her memories of Sally, how growing up in Canada influenced their perspectives. 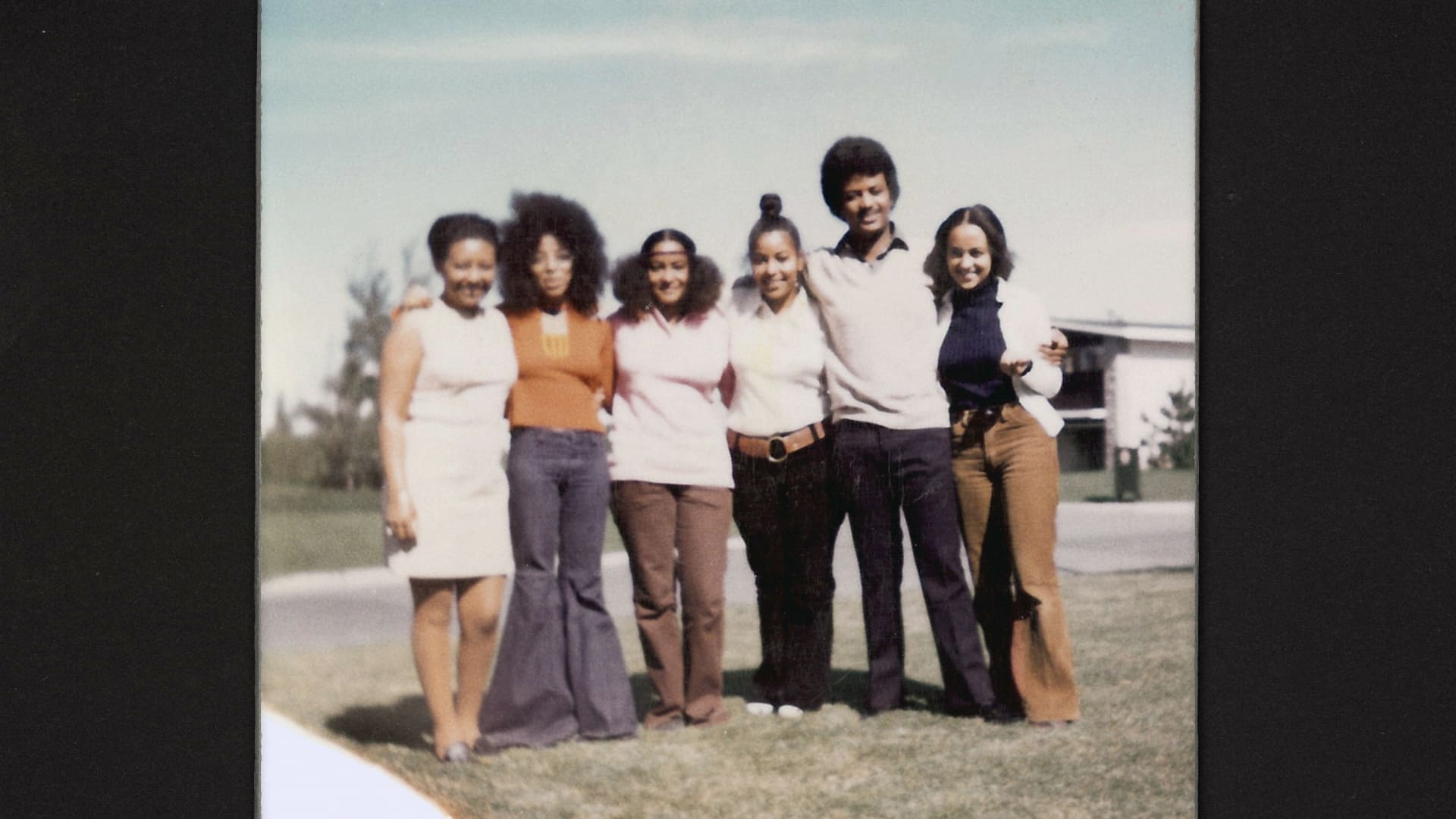 Menbie, Sally and their friends on a summer day in Ottawa, early 1970s. © Dawit Family Archive

Tamara Dawit: How did moving to Ottawa shape your life as a teenager and that of your sisters?

Menbie Dawit: I grew up with my sisters and brother following my parents around Africa as my father worked as a diplomat under Ethiopian Emperor Haile Selassie.

Ottawa, our father’s fourth family posting, came at a tumultuous and pivotal time in the world. African independence movements, the civil rights movement in the US, the fight for Palestinian independence, the Vietnam war protests were all front and centre in our lives. It was my first time living outside Africa and as a teenager it was an exciting time.

We arrived in Ottawa in August 1968 with a base of political and historical knowledge about the world. Our upbringing, experiences and world knowledge were so different from that of most Canadian kids in the 60s. We had a rich and vibrant social life with dance parties, theatre, music, demonstrations and listening to speakers on political, economic and social issues. It was a brilliant time to grow into an adult of the world. 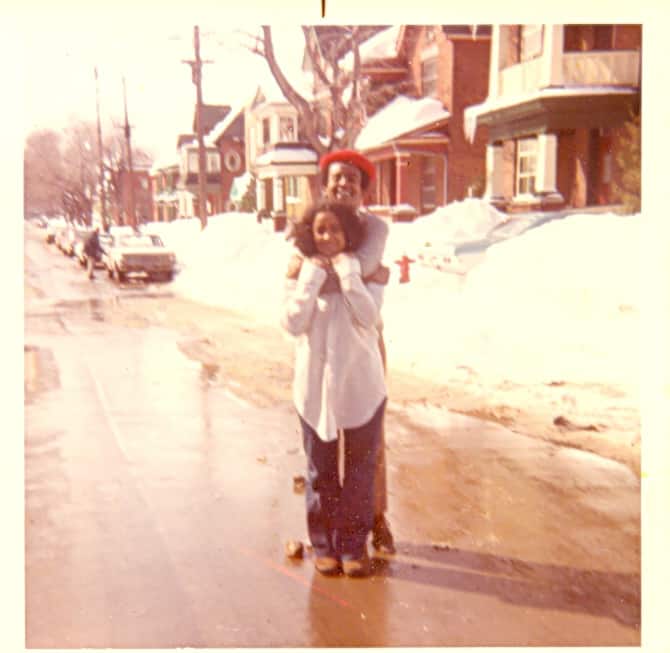 Menbie and a cousin in Centretown, Ottawa. © Dawit Family Archive

TD: What was it like being one of the few black people in Ottawa?

MD: It was a shock to see so few black people and we would count and acknowledge them. We were anomalies in Ottawa society, first because we were black and confident in the way we talked, dressed and combed our hair. People would regularly stare at us.

A few times, in the school cafeteria line up, white students would sneak a feel of my hair and pretend it was not them. We were asked if we lived in trees in the country of “Africa.” We used to answer and explain diligently but it can be tiring to explain something so many times. The most fun time was when the three of us walked into a shop on Bank Street and the salesperson, surprised and excited to see us, asked if we were the Supremes. We were so pumped!

TD: You got involved in a lot of protests/activism, is this where you found your political voice?

MD: While the base was already there, growing up in Canada brought to fruition our deeper and more refined understanding of politics and its impact on communities, families and individuals. 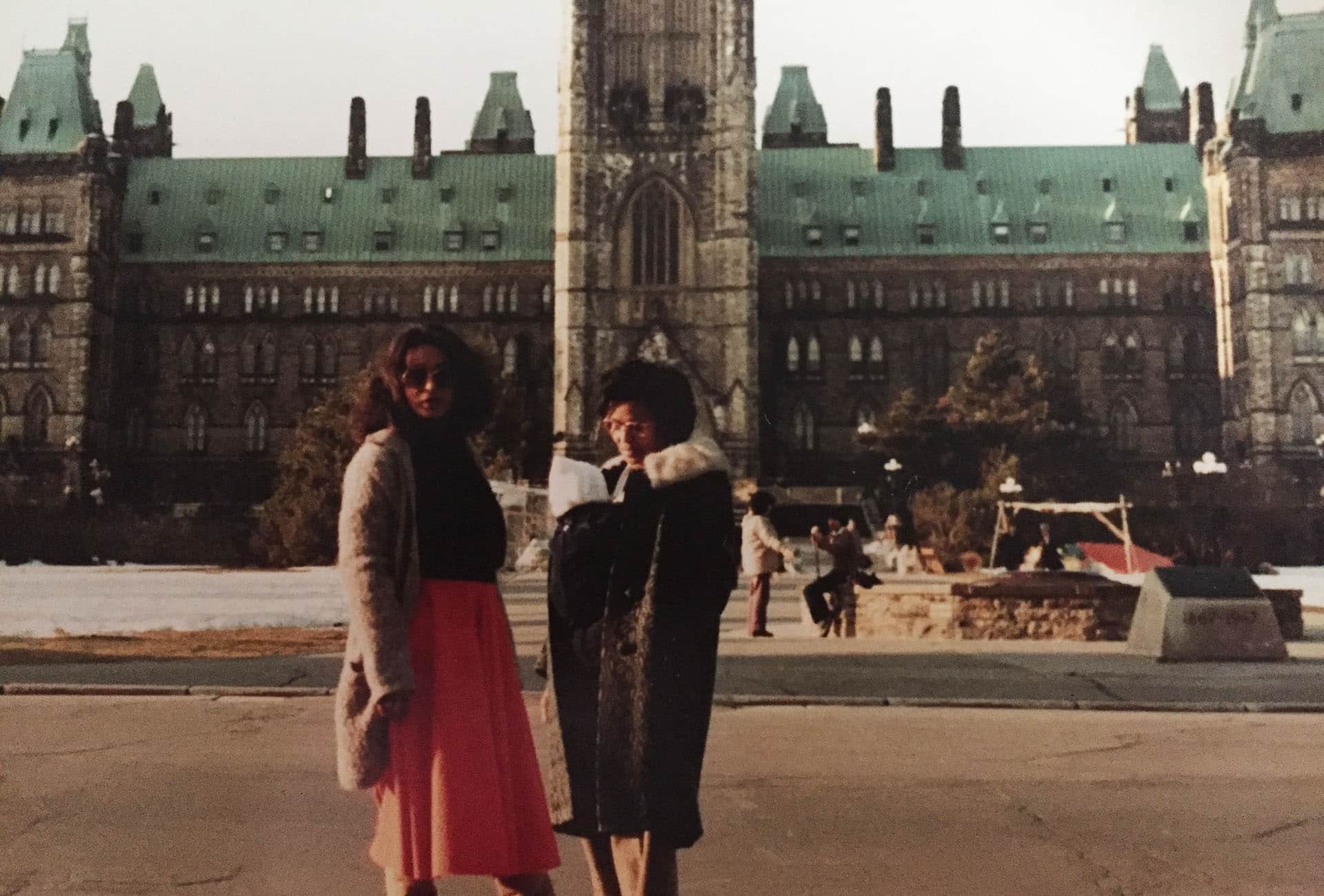 My siblings and I had weekly heated political debates at the Party Palace on Elgin Street with our new friends. Canada also provided more opportunity for freedom of expression. We participated in demonstrations about racism, classism, apartheid, capitalism, consumerism, discriminatory legislation and practice against Canada’s First Nations, women’s equality, economic and do-it-yourself colonization etc. In Ottawa we demonstrated against apartheid and carried 69 coffins to honour the students killed by the police in Sharpeville in 1960. We would place them outside the embassy of South Africa.

As teenagers and adults in Canada, we had grown in our conviction to do our bit to make the world a fairer place while being aware of the complexity of issues affecting individuals across the world. Sally and I, both with degrees in sociology were vocal about our opinions and active in our support for the underdogs.

My sister Sally was the only sibling to return to Ethiopia and actively take part in the fight against the brutal military government. In early 1977 she wrote to me asking me to join her and to send her instructions for making sanitary pads. I sent her the instructions with the help of a family doctor but declined to join her.  I still wonder whether Sally would be alive today if I had joined her.  While I am happy with the path I took, I still feel I let Sally down by not being with her.

TD: How do you think your experiences in Canada shaped your interest in community development?

MD: Our parents made sure that we knew and understood all sides of the new country we were living in. They took us to Algonquin First Nations Reserve in Maniwaki, as they had become friends with the Chief. It was a shocking eye-opener to see such poor living conditions [in] a wealthy, modern and democratic country such as Canada. Since then, we have been keen to learn more about the situation of First Nations in Canada and other parts of the world.

I focused on community development and taught high school as a CUSO and in bringing up our 6-month-old daughter in Ponask Lake, ON where we were welcomed into four generations of the Ojibwe Barkman family at their trap lines. When Mehron was two and a half, I taught English and Math to grade 6 Inuit kids in Aupaluk Quebec for 3 years. For most of my life, I worked with refugees in camp and urban settings, and on their resettlement and integration in Canada.

TD: How do you balance being both Canadian and Ethiopian and living between both countries? Where is home?

MD: I have lived and grown up in Canada since I was 14 years old, but our grandparents and parents worked to ensure that we were firm in being Ethiopian and that we would never falter about our identity. While we grew up abroad, every Sunday our mother would teach us Amharic, the official language of Ethiopia, traditional foods, music, dances, clothes etc. of our homeland. At the same time we all embraced the culture of all the places we lived in. 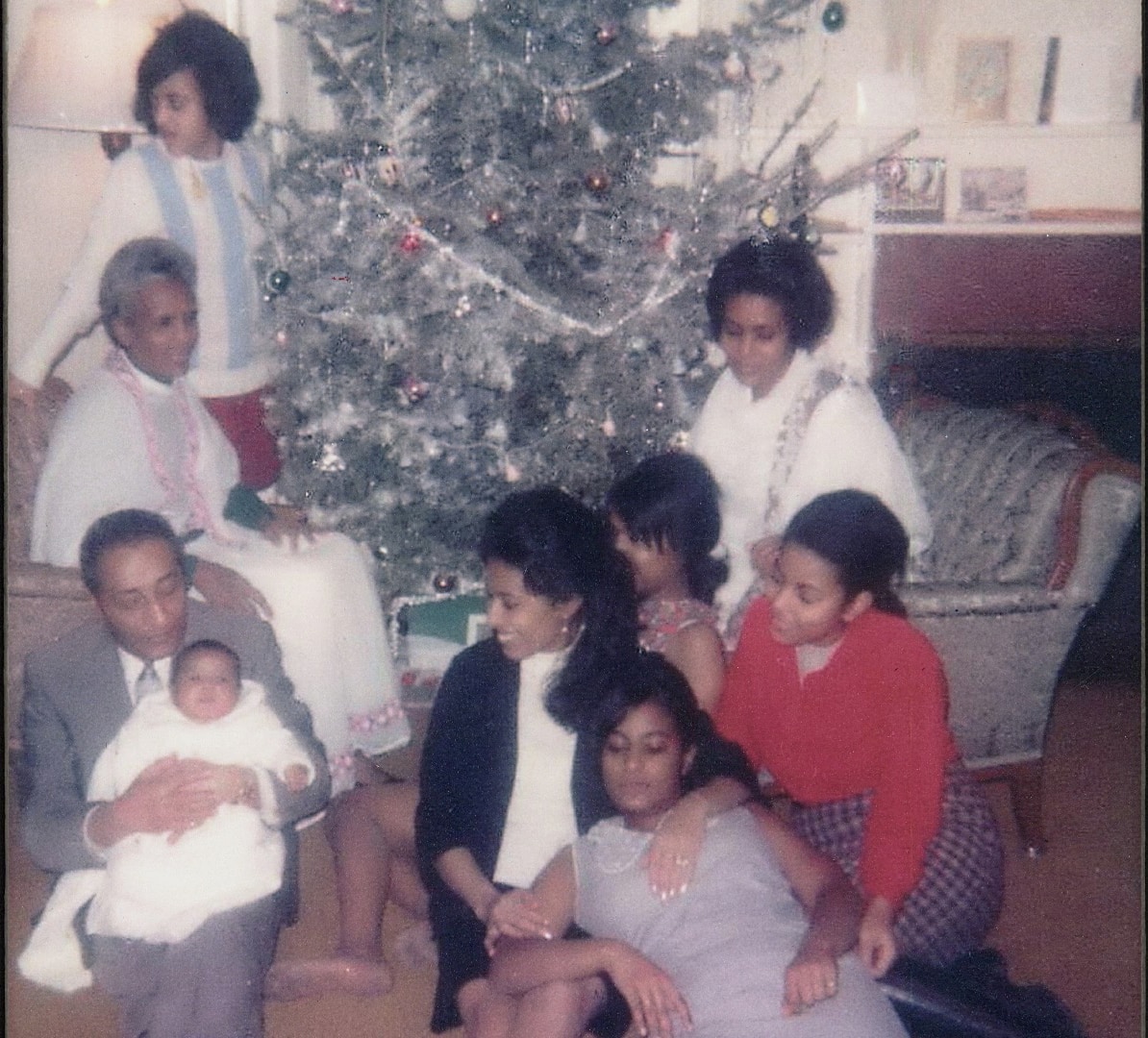 I am used to being different in my two homes in the world, Ethiopia and Canada. People in both places ask where I come from and often refer to me as an immigrant (over 40 years after becoming Canadian), and a ferenge (foreigner) in Ethiopia. Still, I am home in Canada and in Ethiopia and could and would not ever give one up. Family, friends and life pull me to both places and balancing the two is my love and my life and therefore, worth it.