Our kids are hooked. Phones, tablets and TVs are sapping our children's time and attention — and it may be damaging their development.

As many parents know, trying to limit screen time can be a battle. In Kids vs. Screens, a documentary from The Nature of Things, we learn tactics we can use to help youngsters disconnect from their devices and connect as a family.

Kids like having rules — and a clear understanding of what the consequences are if they break them. When Myah Elliott got her first phone at 14, her parents modified a sample family contract like this one. Myah knew if she broke the agreement, she could lose her phone privileges.

Among the rules: "only use the phone once homework is done," "don't post anything you wouldn't want your parents to see," and "always answer the phone if Mom or Dad are calling."

Even younger kids can benefit from a family media plan. If they know they're only allowed iPad time on weekends, for example, they're less likely to keep begging for it during the week. Try to include them in the process and invite their input so every family member feels invested. 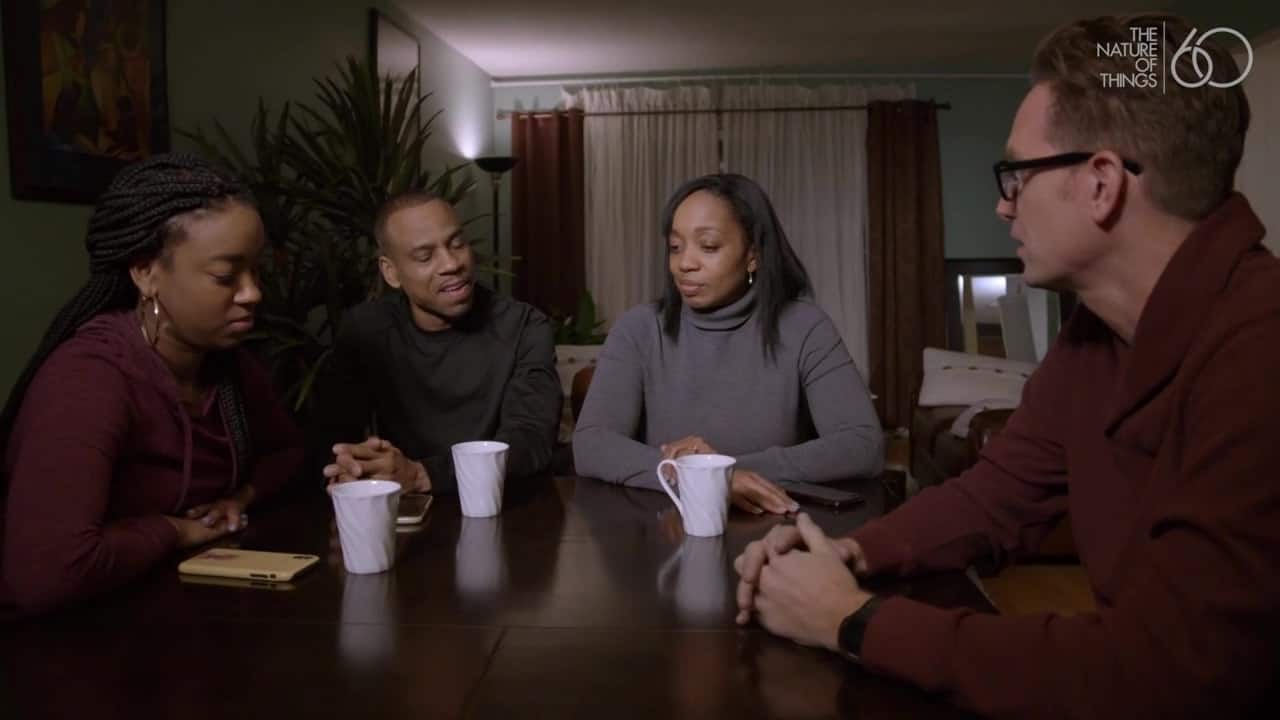 3 months agoVideo
1:59
When Myah got her phone, her parents made her sign a contract with rules about using it, like "don't post anything you wouldn't want us to see." 1:59

Pass the peas, please … and put away the phone.

Eating together as a family can improve your kids' wellbeing and they will appreciate that you're paying attention to them and not your inbox.

To encourage participation in screen-free meals, the Guelph Family Health Study found it helps to have your kids craft a family "media box," where phones and tablets are temporarily stored.

"The children seem to relish their role as the family screen police," says researcher Lisa Tang. "They've had a chance to make it their own and ... say, 'Mom and Dad, there's no cellphones at the table!'"

The University of Calgary's Sheri Madigan has studied the impact of "co-viewing" with kids. She explains while it's often helpful to plop your children in front of a TV or tablet to give you a break, it doesn't help them learn.

Her research suggests if you set aside time to watch along with them and discuss what's happening on-screen, it could help them develop better language skills.

At Madigan's house, her children take turns choosing the film during family movie nights to avoid any sibling squabbles. Check out more tips on co-viewing here.

Get to know what your children like to watch  so you can steer them toward off-screen activities.

When Kaeden Bardai's parents realized his attraction to gaming stemmed from a keen interest in tech, they encouraged him to build a computer and learn how to code.

Encouraging other interests doesn't have to be expensive. Is your four-year-old obsessed with a particular character from a film? Instead of watching the movie again, have them play dress-up or work on a colouring book with the same character.

Don't use screen time as a reward — or punishment

It often works like magic: after countless pleas to "clean up your room" are ignored, you promise an extra half-hour of screen time, and suddenly, your grumpy tween has made their room spotless.

Even though it seems effective, this strategy can backfire. According to a University of Guelph study, when parents provide screen time as a reward or take it away as punishment, their kids spend more time on screens.

"Although this may sound counterintuitive," says Jess Haines, a professor of Family Relations and Applied Nutrition at Guelph. "It's possible that when parents use screens to control behaviour, children place a higher value on screen time, which could result in children watching more of it."

Be a role model, and put the phone away

Research shows kids mimic their parents' behaviour, and they're less likely to follow the rules if they see you breaking them.

When parents spend more time on screens, children do too. "Many of us parents have learned that what we say may rarely get listened to," says Haines. "But what we do, our kids really do model."

It can be challenging to enforce limits for different-aged kids.

The Canadian Paediatric Society has developed guidelines for parents of school-aged kids and teens, as well as children under five, starting with zero screen time for those under two.

In reality, the vast majority of kids already exceed the guidelines, and that worries health professionals since more screen time is associated with less exercise and sleep — key factors in keeping children healthy.

Of course, screen use should also be about quality, not quantity, and content matters. There's a big difference in your preschooler watching Sesame Street and a scary movie.

Guidelines can be useful, but no one knows your child better than you. One kid may be able to play video games or scroll through social media with little negative effect, while another may be unable to turn off the screen without throwing a tantrum. Individual health, neurological and genetic factors all play a role.

Does your child have ADHD or a sensitivity to hyperstimulating images and sound? Is there a family history of anxiety or depression? Does your child's mood or behaviour change after spending time on a digital device? As child psychiatrist Michael Cheng explains in Kids vs. Screens, the impact of screen time can depend on how your youngster's brain is wired.

Check out this helpful guide for parents concerned about technology overuse. 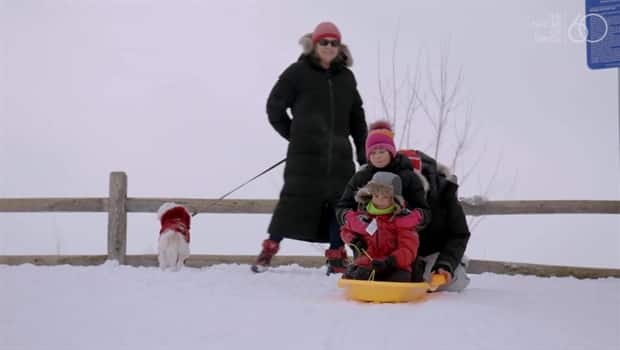 3 months agoVideo
1:12
Child psychiatrist, Dr. Michael Cheng, offers some advice about avoiding conflict with kids when trying to manage screen time. One of the best solutions? Get them outside! 1:12

Parental controls help put you back in control

There are several tech tools parents can use to help monitor and manage kids' screen use, including apps that set time limits and provide a breakdown of what your child is viewing. Online resources also provide tips on using parental controls.

But do keep in mind tech-savvy kids might find a way to get around them.

Many experts recommend young people avoid screen use altogether for at least an hour before bedtime. "My number one rule is no devices in the bedroom after lights out," says psychologist and mom of three Jean Twenge. "Phones really interfere with sleep, which is really crucial for physical, as well as mental, health. Not getting enough sleep is an enormous risk factor for depression."

It's harder for kids to drift off when they are stimulated by the latest video game, and according to a new study, social media also contributes to poorer sleep. Another study shows preteen sleep patterns become even more disrupted if kids are using screens in the dark.

If you're unable to keep phones and devices out of the bedroom, Twenge suggests installing an app that shuts them down during designated hours.

Watch Kids vs. Screens on The Nature of Things.