Surfing with sea lions: enjoying the wind near Tofino, B.C. 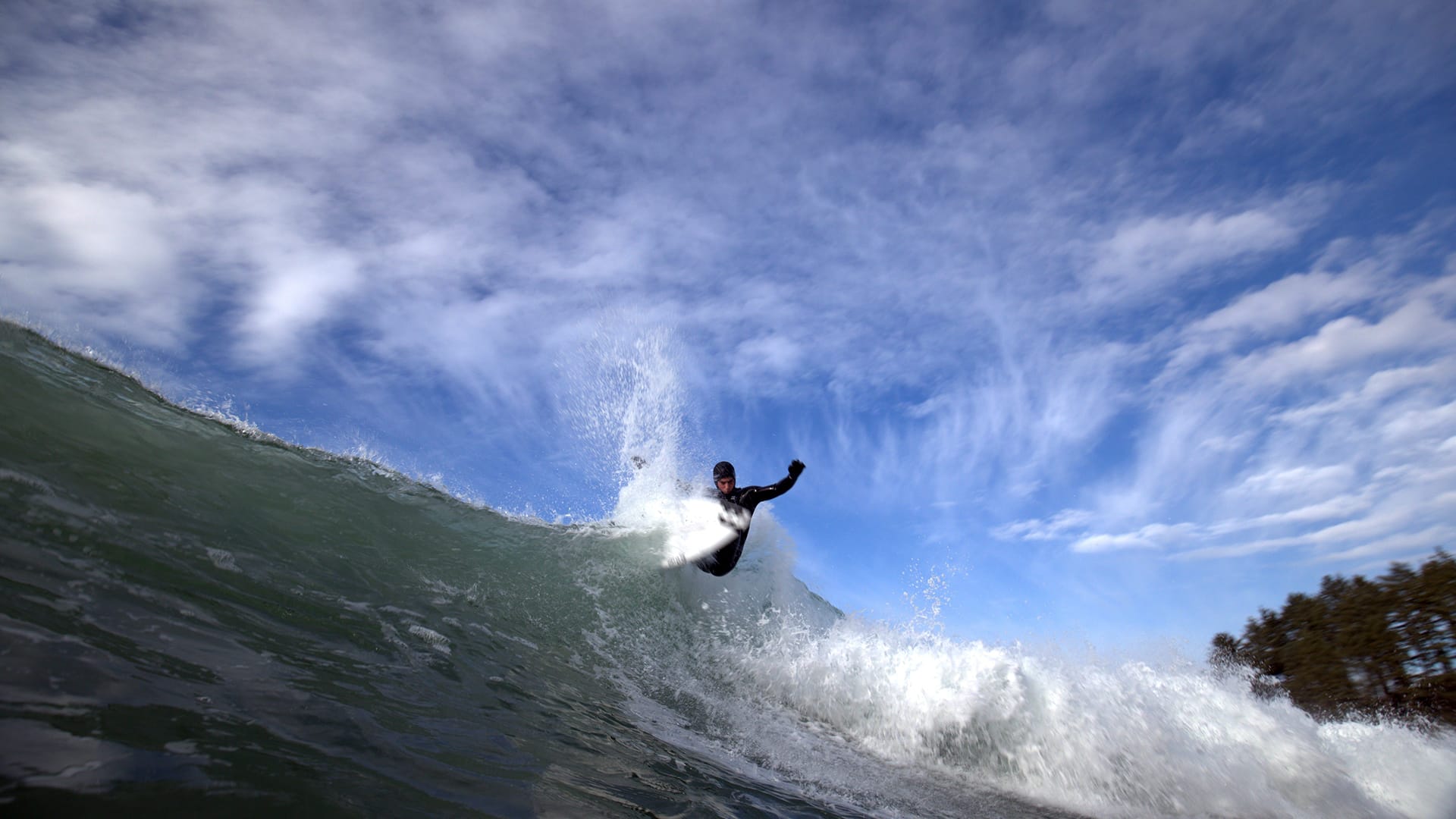 "I like being a part of nature, and part of the wind and part of the ocean." Growing up in Tofino, B.C., Catherine Bruhwiler was moulded by wind and surf, becoming Canada's first ever professional female surfer.

On the edge of the Pacific, Bruhwiler forged her skill at reading the wind. "If I can see clouds moving in a certain direction, I'll know which beach to go to," she explains. "Because the wind is going to determine where the waves are gonna be best."

And she isn't the only local to enjoy the swell. Steller sea lions live along this coast and enjoy playing in the big rollers too — Bruhwiler has even surfed with them!  "You'll stand up just surfing the wave and they're all around you, surfing the wave with you."

An invisible force, the wind has dramatic effects on the lives of humans and wildlife, sometimes bringing them together. "Without the wind, we wouldn't have waves, so I love the wind."

Watch the video above for the full story.