Rescuing 'roos after the worst wildlife disaster in modern history

This wildlife sanctuary is doing all it can to give injured and orphaned kangaroos a fighting chance.

This wildlife sanctuary is doing all it can to give injured and orphaned kangaroos a fighting chance. 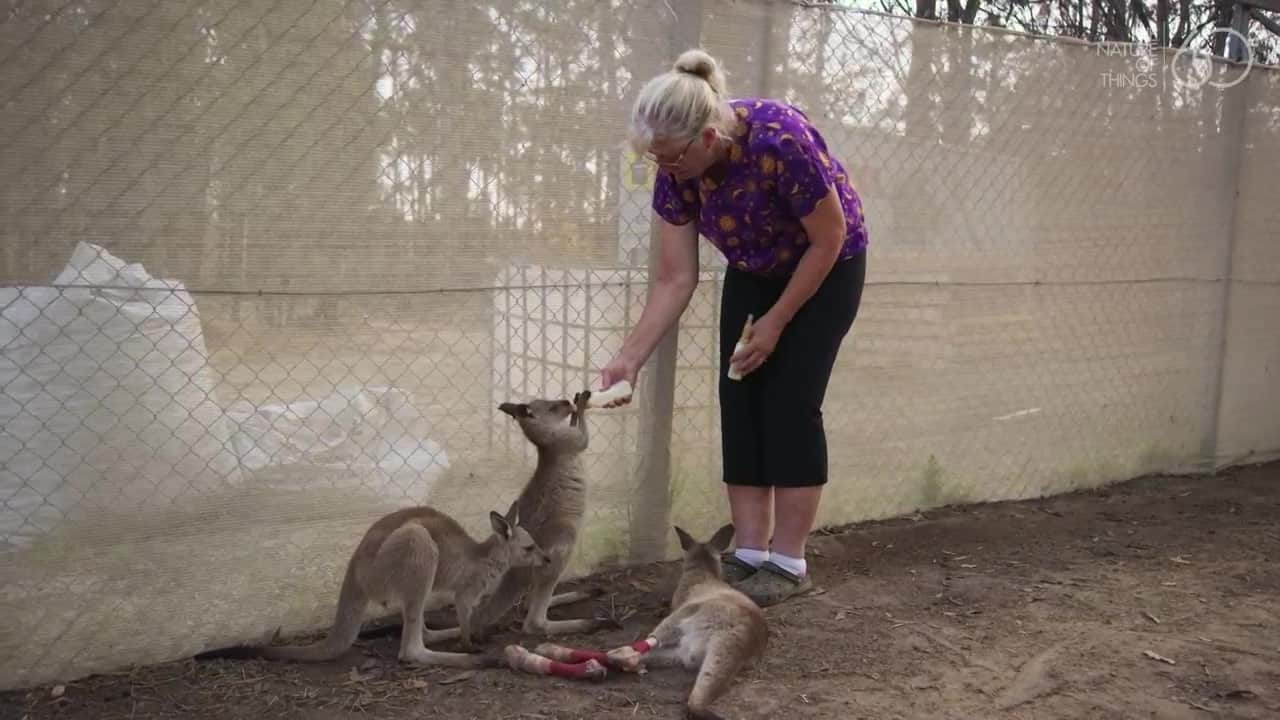 3 months agoVideo
1:44
Adrina Selles feeds one of the favourite young kangaroos at the Wandandian Kangaroo and Wallaby Sanctuary. Here, volunteers work around the clock to care for injured and orphaned animals after the fires. 1:44

During Australia's 'Black summer' fires, it's estimated that a staggering 3 billion native animals died. In the aftermath, wildlife sanctuaries saw a huge influx of injured animals brought in from rescuers.

At the Wandandian Kangaroo & Wallaby Sanctuary in New South Wales, Adrina Selles finds reasons to be hopeful amidst the staggering loss. She cradles a young kangaroo orphan they've named "Sandy."

The young joey's mother was badly injured when she came into the sanctuary and had to be euthanized. But Sandy is a rare glimmer of hope. "She's done extremely well since she's been in care," says Selles. "Because she's so perfect, she's a bit of respite in a place like this when all we see is the other burnt feet … she's got the most perfect feet."

In the wild, kangaroo joeys will curl up inside their mother's pouch for 6 months and will stay with them for a year or more. So, aside from medical care and round-the-clock feeding, the young orphans also require much-needed love. After experiencing so much trauma, the volunteer carers and the rescued 'roos can find hope in each other's arms.