In Search of a Perfect World

The Universal Declaration of Human Rights states that we all deserve rights. But do we all have them?

WATCH THE FULL DOC ON CBC GEM NOWIn the wake of the horrors of World War II and The Holocaust, the United Nations decided to develop a standard set of basic principles to uphold human dignity. By 1948, the Universal Declaration of Human Rights was established.

On the Declaration's 70th anniversary, the world is witnessing a shocking departure from those principles — even in Western countries. Yet Canada and Germany, two countries that were once opponents in war, have emerged as partners in defending the human rights of people across the globe, just as the Declaration envisioned. 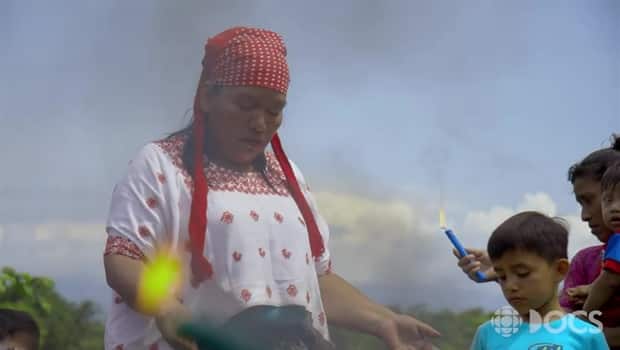 In Search of a Perfect World: Angelica's Right

2 years agoVideo
0:32
Guatemalan Angelica recites an basic right from the Declaration of Human Rights, a right she does not have. 0:32

But are these nations protecting human rights within their own borders? And why does the upholding of universal human rights suddenly seem like an anomaly in 2018?

In this special documentary presentation, former CBC News chief correspondent Peter Mansbridge and his German counterpart Claus Kleber set out to explore a world where human rights are neither universally accepted nor even agreed upon.

We asked Peter Mansbridge about the origins of 'In Search of a Perfect World' Here's what he had to say.

Time to turn the clock back seventy years. 1948. And a Canadian by the name of John Humphrey.

Humphrey had been selected by a newly created United Nations to draft a document, a declaration actually that all member countries would sign. It would guarantee rights, HUMAN rights. The UN and this declaration were designed to ensure the world would never again see the horrors that had just led to the brutality of World War Two. Never see a situation again where some people, the powerful, would have rights, while others, the oppressed, would have none.

The new world was going to be different. Everyone would be promised the same rights of liberty, equality, dignity, and well being. It was going to be a path to a perfect world.

So how'd that work out for all of us?

In the spring, I received a call from Claus Kleber, the internationally respected journalist and anchor of the German public broadcaster ZDF. His idea was that together we'd try to answer that question. The two of us would head off on separate journeys travelling to certain countries, all signatories of the 1948 declaration, but where human rights were being questioned.

A German and a Canadian. Two broadcasters from countries that had been enemies in that global conflict all those decades ago, but now we're not only friends but are considered near the top of the list of countries that are often cited as caring most about human rights.

So off we went, stopping in four continents looking for answers. Do we live in a world where we cherish Humphrey's ideals? And if so, who is standing up for them?

We travelled to Turkey, China, Hungary, Kenya, Guatemala and Greece for starters. We saw issues of privacy ignored, asylum not granted, Indigenous rights crushed, aid workers criminalized and the media under police surveillance. But we didn't stop there. We put both Germany and Canada, supposedly the bright spots on the rights issue, up to the test as well.

I met some remarkable people. So did Claus. None of them were world leaders or celebrities. They were all people trying to live their lives believing they have those promised rights: to liberty, equality, dignity and well being….even, as our documentary shows, their own governments are restricting them from doing so.

John Humphrey and those who helped him draft the Universal Declaration of Human Rights had a dream. The perfect world. They knew they'd just witnessed the worst of how some could treat others. Surely future generations could do better.

They must do better.

A perfect world is an elusive goal.

We're still searching for the path.

In Search of a Perfect World investigates countries like Hungary, which once knew the domination of Soviet rule, but is now embracing authoritarianism, and China, where rights are viewed as collective, not individual. The film also turns its lens on Canada, where Indigenous communities lack basic human rights that most of us take for granted.

As they travel the world, Mansbridge and Kleber confront the crucial questions about the roles of governments and corporations, the responsibility of citizens, the basic needs of human beings, and the growing conflicts between nations and factions.

In Search of a Perfect World offers a fascinating, frightening and inspiring look at the current state of humanity.