Freedom ships and the little-known history of resistance

‘Our ancestors boarded [the ships] as cargo, yet disembarked as passengers — as people’ 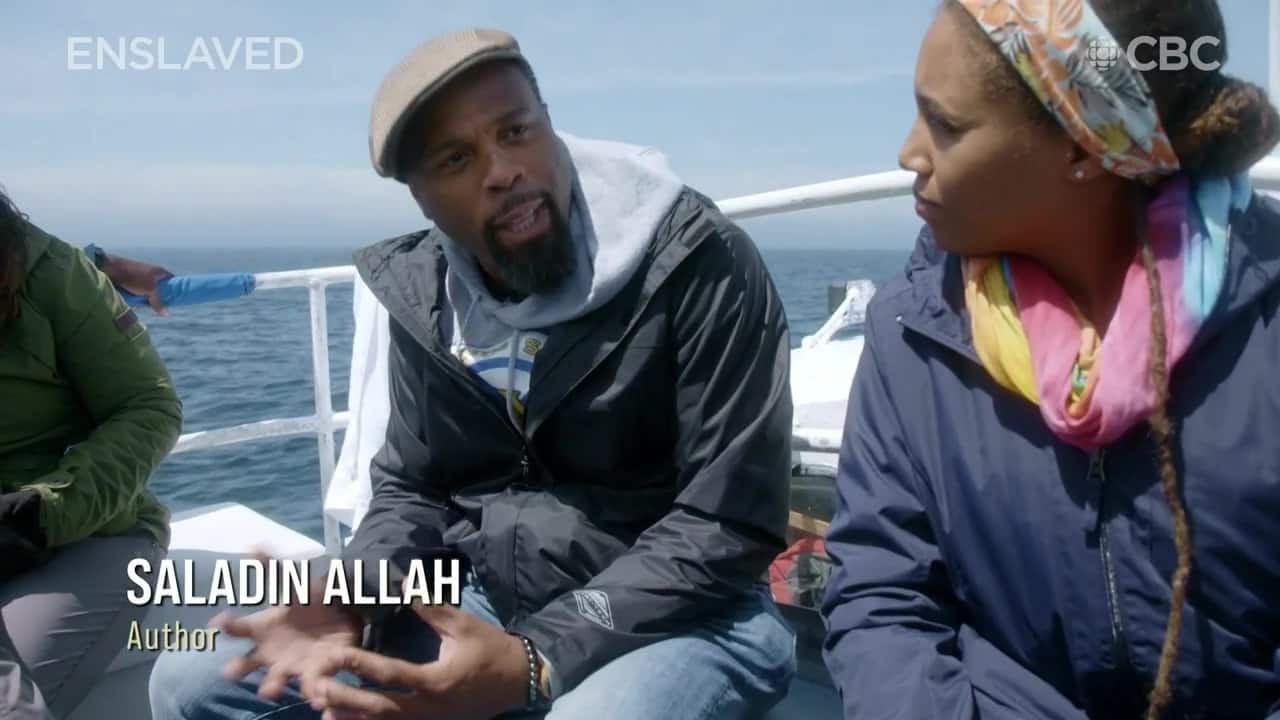 Looking for freedom ships on the Great Lakes

4 months ago
2:03
Author Saladin Allah talks to the Diving with a Purpose team about the importance of freedom ships on the Underground Railroad 2:03

Black history is both deeper and more diverse than what we are taught, and many dedicated and impassioned people are doing the work to reflect that. Enslaved aims to be part of that education. The fifth episode, "Resistance," details the ways freedom seekers pushed back against the evils of slavery and shines a light onlittle-known Black Canadian history and the role so-called freedom ships played in that struggle.

A freedom ship was a vessel used in covert missions to transport enslaved Black people between various American ports and eventually to Canada. This episode of Enslaved looks at two boats, the Niagara and the Home, which played different roles in helping people achieve freedom.

The Niagara was a luxury ship on which wealthy whites enjoyed trips across the Great Lakes. It was also owned by abolitionists who instructed their crews to provide a safe haven for African Americans fleeing slavery. Freedom-seeking enslaved people could be brought on board the Niagara and blend in with other workers, hiding in the galley for most of the trip.

Freedom on the Welland Canal

The Home was a schooner that ran between Buffalo, N.Y., and Sandusky, Ohio, but went unaccounted for during a period of time in the early 1850s. In Enslaved, researchers were able to confirm the identity of the boat's captain — James Nugent, an Irish immigrant living in Ohio and an active abolitionist who used the Home to transport enslaved people to Canada. To get from Sandusky to Buffalo, Nugent would go via the Welland Canal in Ontario's Niagara Peninsula. As the boat was lowered through the canal, enslaved people could jump onto land and make their way to nearby St. Catharines, a hub of abolitionism and, for several years, the home of Harriet Tubman.

John Polacsek, a Great Lakes historian, has spent years studying the Underground Railroad and the specific activity in and around the Lakes. In a phone interview, he said while doing research on Black sailors on the Great Lakes, he uncovered records listing Black or "coloured" sailors from Canada.

"They were from Amherstberg, Chatham, Toronto, Hamilton — and I thought, 'Well, were they free people?'" he said.

Because Black people could be present on a boat in a number of capacities — freedmen working on the ship's crew, enslaved people in servitude aboard the boats or travelling with white slave owners — someone could essentially walk aboard carrying supplies for the boat and blend in.

"Abolitionists would bring a family aboard by handing them bushels of peaches or potatoes and having them walk on the ship in plain sight," said Polacsek. "Once on board, they would be put to work or were put away in a storage area or one of the rooms, and it would look like they were actually part of the crew. Fifteen to 20 per cent of some of these crews were actually Black, so it would seem normal."

Freedom seekers could find work on board these ships because, Polacsek explained, enslaved people often possessed a skill that many other people lacked: they knew how to cook for large groups of people. This is how many freedom-seeking Black people managed to use boats like the Niagara to make their way to Canada. Polacsek also said new infrastructure created windows of opportunity for enslaved people to escape.

"A railroad was built from Toronto to Collingwood," Polacsek said."If you were travelling west from New York, you would get on the railroad in New York City, and you would take the railroad over to, say, Rochester."

Riders would cross Lake Ontario to Toronto, then take the new railroad to Collingwood. Once in Collingwood, riders would be able to board a boat to Chicago. Doing this would save travellers almost a day compared to staying in the U.S. and going around the Lakes. 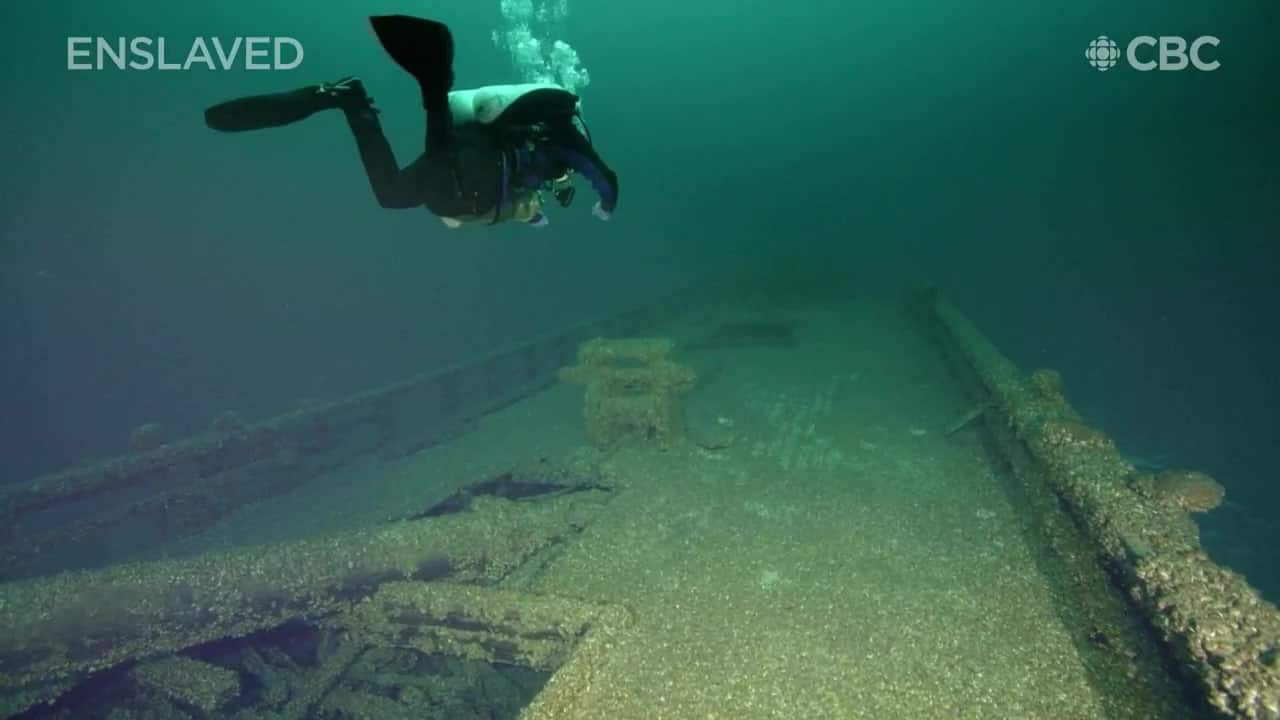 4 months ago
2:05
The Diving with a Purpose team explores the wreck of the Great Lakes "freedom ship" The Home. 2:05

"Boats were eventually placed on this route going from Chicago to Collingwood and back and forth," Polacsek said. "So if a fugitive got on board the boat in Chicago, they basically had a straight shot to Collingwood." He shared a story from his research about an enslaved woman travelling with her captors, who were using this route. "When the lady got off the boat and on the dock in Collingwood, she said, 'Master, I'm now free,'" Polacsek said. Her master tried to trick her by asking her to go back on board to get something out of the cabin, knowing that as soon as she stepped foot on the boat, she would be back on U.S. property. The woman was too smart to fall for the trick and refused.

A heritage of resistance

Josiah Henson is one of the escapees whose history we can trace. He was born into slavery in Maryland in 1789 and endured a life shaped by enslavement, religion and, ultimately, resistance. "Sympathetic boatmen" carried Henson and his family across Lake Erie, and from there, the Hensons made their way to Canada in 1830. He founded the Dawn Settlement for free Black people near Dresden, Ont., where he died in 1883. Author Saladin Allah — who appears in Enslaved — is Henson's third great-grandson.

"My parents were affiliated with the Black Panthers, so they always emphasized the importance of being culturally and socially conscious," said Allah. Today, he tries to embody his ancestor's spirit of resistance in his everyday life.

"It's multifaceted," he said. From his work in early childhood education to his decision to patronize Black-owned restaurants weekly, Allah noted resistance can and should happen on many fronts. "Those deliberate and consistent acts impact your communities," he said. "They become part of your culture and shift your social norms in such a way that, over time, you're not upholding the status quo."

In his efforts, Allah sees a connection to networks like the Underground Railroad and the freedom ships that took part in it, noting we can all make incremental change. "It is important for people to understand that the same everyday people who were a part of that network for freedom are necessary for our present-day networks for freedom," he said.

Allah said Henson and his family boarded the schooner Commerce in Sandusky and disembarked in Buffalo. The Henson's were then rowed to Canada, arriving almost 200 years ago, on Oct. 28, 1830.

"One of the important things to note about the maritime aspect of the Underground Railroad or freedom ships is that when these ships left the South, our ancestors boarded them as cargo, yet disembarked as passengers — as people," he said. "So symbolically speaking, to berth that freedom ship was also the birth of one's freedom."

Enslaved contains disturbing depictions of the inhumanity faced by enslaved people from African countries during the transatlantic slave trade, which may be traumatizing to some viewers. If you need support, there are resources available across the country, you can find links to a number of these resources in this post, curated by the Unison Benevolent Fund: https://www.unisonfund.ca/blog/post/mental-health-resources-black-canadians